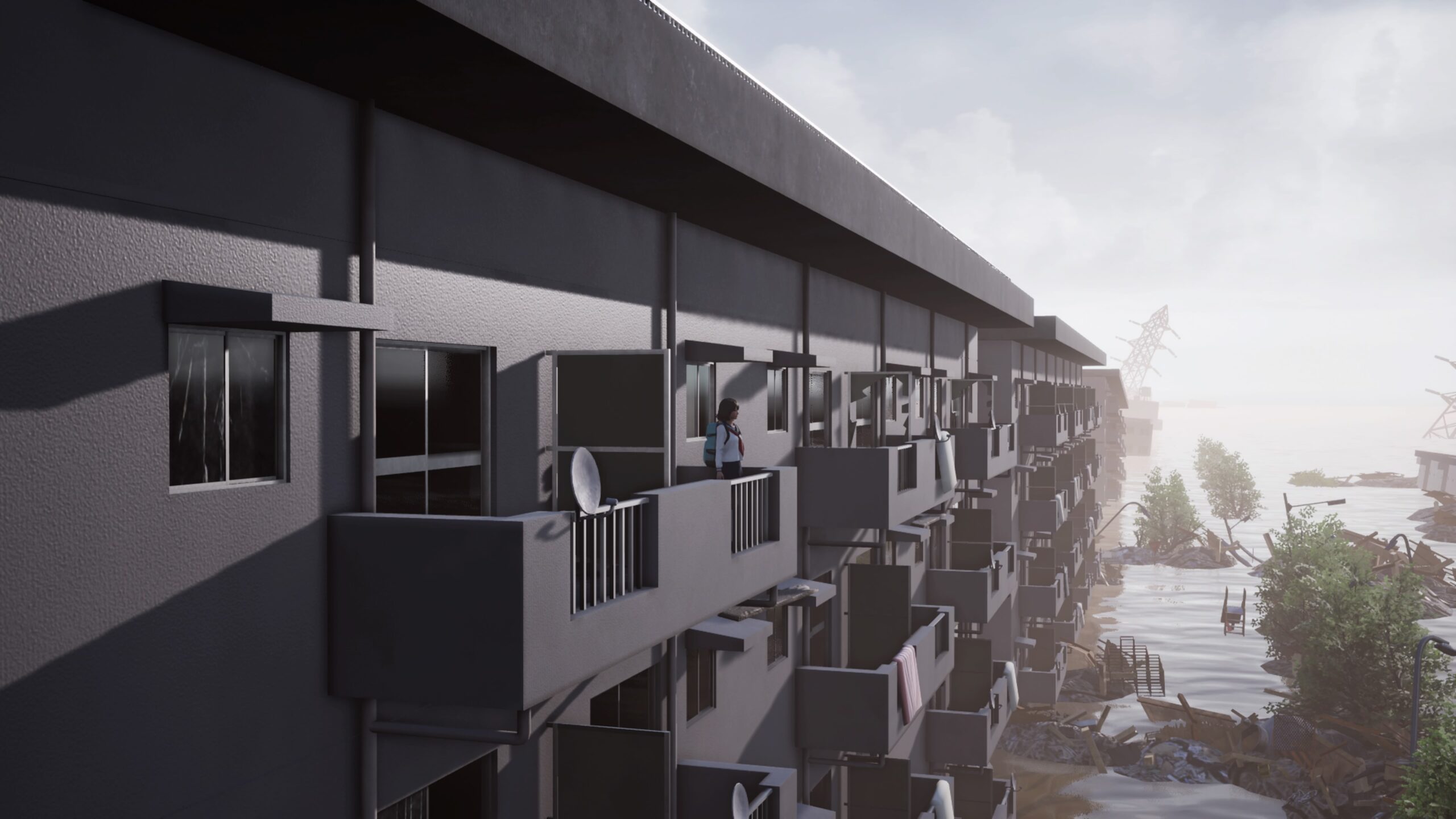 Survival horror comes in many forms, the most surprising of which could be the Disaster Report series. With the original game a bit of a cult classic, and the various sequels and spinoffs that did make it overseas seeing much the same cult following, it’s refreshing to see the latest entry Disaster Report 4 Plus: Summer Memories finally making its way to the west. And it’s taken quite a long journey to get here. Originally being developed by Irem, the game was actually cancelled following the 2011 Tōhoku earthquake and tsunami. Yeah, 2011, that long ago. It started out being developed for the PS3 as well, but now all these years on, Granzella along with publisher NISA have finally brought us the next entry in the amazing, unbelievable, and altogether insane Disaster Report series.

Survival Horror, But With Earthquakes

The game tasks you, someone who’s just visiting the city for the first time, with not only surviving a major earthquake and the multitude of aftershocks, but also helping who you can along the way. Gameplay wise Disaster Report 4, just as with the others in the series, feels like a survival horror game, only the horror comes from the terrifying prospect of the city collapsing in around you. Find items to solve ‘puzzles,’ look around and think critically of the environments, and most of all enjoy the thrill of running around, under, and even through collapsing buildings.

The player gets to design their protagonist to some extent, choosing from male or female and selecting a face and hairstyle from a list. From here we dive right into the absolute plethora of choices, dialogue and action-wise, that the game offers. You can offer your seat on a bus to an elderly lady, or not, or shoot her a dirty look but still let her have it. You can choose how being in this city, right as an earthquake tears apart the streets, makes your character feel from almost a dozen options. Later on, you can even specify how you feel about certain characters after being introduced to them.

And with all this choice, the game does an excellent job of making things appear like they have weight. Heading through the first time, I kept wanting to go back and change my replies every time things turned out poorly, since the wacky and interesting characters draw you in enough to actually care about how you treat them. But it should be noted that a good portion of these choices are simply illusion. Acting differently with that old lady at the beginning changes nothing about the story heading forth, how you feel about being in the city seems to have no impact on gameplay or story, and most of these choices represent different scenes immediately before we’re put right back on the rails.

And yet, that’s not really a bad thing. There’s an abundance of hilarious or interesting lines and actions that lift this game up, and even a few major choices that actually do shape the game. Plus with a bunch of side content, a large and varied cast to meet and interact with, and plenty of optional content for new scenes and dialogue, there’s still replay value even after the player can plainly see the generally straight path the narrative follows.

The real strength of Disaster Report 4 comes from the absurdity, mixed in with a serious and well-researched depiction of a major disaster. To newcomers to the series, on the surface this game seems like it’ll focus in on surviving a disaster and primarily deal with the earthquake and all the issues it causes. Of course this is true, but focus is also clearly aimed at the unique cast of characters and an insane journey that takes our protagonist from surviving a natural disaster, to leading a cult, to playing detective, and eventually to an absolutely insane ending that shatters all expectations.

Even the player’s choices for the main character lean well into the absurd, from brazenly stealing from the clothing shop in the first area to taking on a martial arts stance when a gun is pointed at them. Then there’s fourth wall-breaking choices I won’t spoil here, but the level of humor and the mastery of the ridiculous really shines bright throughout the game.

Things can feel a bit sporadic with emotions and energy at times, fully embracing the silly but still working in serious moments that are supposed to elicit strong emotions. Deaths and injury are approached with this seriousness, and some characters are truly in dark places due to everything going on, but all this is placed between those other moments of insanity. For what it’s worth, the game does do a good job of making the player really care for characters, and this weaving of darkness through bright madness is a staple of the series. I can imagine this dichotomy will be a bit jarring for some, but with embracing it, the game provides a really unique experience.

Perhaps it’s a side-affect of having such a long and arduous development cycle, plus changing company hands, and most importantly because it was originally to be a PS3 game, but the graphics are quite dated. Environments look nice, and there’s some great framing of the floods, fires, and destroyed city that really pierce through the very basic graphical detail. They did well with what they had, but still Disaster Report 4 is certainly no graphical marvel.

And with the gameplay, as is to be expected in the genre, the puzzles and progression are sometimes quite obtuse. The main plotlines and events need to hit in order to move forward, and so you have to work out exactly what will make them trigger. This is sometimes a lot easier said than done, and can lead to a bit of wandering around an area searching for someone you hadn’t talked to, or a section you hadn’t walked into yet. With a game that feels as open as Disaster Report 4, it can be a bit of a speed bump having to backtrack to find what you were supposed to do.

But despite this each and every area feels real in a way, from the steadily collapsing buildings to the hurt and lost people roaming about. Most of the areas get a few pass overs, and each time you get back somewhere there’s been some developments. Between cleanup, further collapses, and fires, things in the city feel like they’re happening even when the protagonist isn’t there to push them forward. Plus there’s something beautiful that transcends the graphics about looking out over a serene vista of half submerged apartments, or staring up at the sunset over a makeshift rescue shelter.

With all that said, I absolutely love this game, and the series as a whole. It’s one of those insane Japanese games where getting sucked into the events and characters is so easy. The experience is special, getting to go through jawdropping moment after moment as things progressively get more ridiculous. It’s understandably niche, but a thrill ride like this does deserve attention.

Gameplay and graphics are both shaky, but Disaster Report 4 Plus: Summer Memories more than makes up for that with an addictive absurdity among moments that truly get across the dire nature of natural disasters and their fallout. This one will certainly appease fans of the series, though newcomers might feel the jank quite heavily.