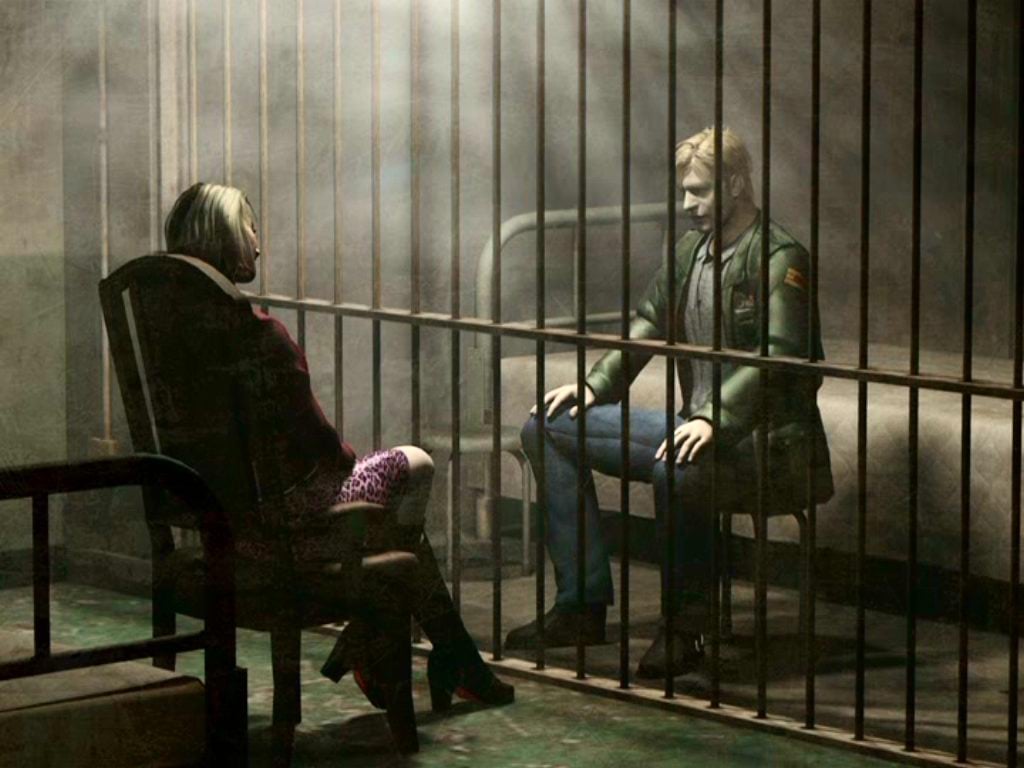 The first Silent Hill game introduced us to a very different version of the survival horror genre we had come to know. Before its release, it was only the jump scares and twitch action of the Resident Evil series that most players were really familiar with. Silent Hill would come to shake up that formula dramatically.

Taking place in a vast, almost open world, and shrouded in a dense fog that was filled with the most brutal nightmare fuel imaginable, Silent Hill created an atmosphere of intense dread, punctuated by a story that was far more psychologically disturbing than conventionally frightening.

With the groundwork laid, and a technological leap in terms of graphics and engines, Silent Hill 2 was primed to make a splash as the first high-profile survival horror game of the new console generation. What Konami ended up delivering made the original game look like child’s play.

Rather than continue with the evil cult storyline of the first game, Silent Hill 2 jettisoned almost the entire mythology in favor of crafting a completely new tale. This story would focus on three separate characters: James Sunderland, a morose widower who receives a letter from his dead wife, Angela Orosco, a survivor of sexual abuse seeking closure, and Eddie Dombrowski, a violent sociopath curious to see how far he can go in a world without rules.

The fact that amid the many other characters in the game, only the three above are actually real, is tantamount to the idea behind the narrative. The theme seems to be that all three are actually murderers dealing with a certain level of guilt and longing over what they’ve done. Each has been lured in by the titular town and its dark forces to be punished.

As it is later revealed, James actually murdered his own wife, blocked it out, and wrote the letter himself in a manifestation of guilt. He is in fact so deluded that he even imagines his wife has been dead for years, when in fact it’s been barely a week. Angela and Eddie are similarly disturbed individuals with fractured psyches of their own, and this allows the narrative to be framed in a way that the player is left wondering how much, if anything they’re seeing at all, is authentic reality.

For James’ punishment, he meets a version of his wife that is an absurd contradiction to the woman he remembers, yet exhibits all of the attributes he fantasized about when he was watching his real wife die of cancer. James is a mercy killer but he carries feelings of guilt that perhaps he wanted to see his wife dead as much to relieve himself of responsibility and anguish as he did to free her from her pain.

To further twist the blade James is forced to watch the murder of this mysterious doppelganger at the hands of a manifestation of his own self: a phallic, sexually violent monstrosity called Pyramid Head. Angela is similarly tormented by versions of the deviant father she eventually murdered and the mousy, passive-aggressive mother that allowed her to be abused for so many years. Eddie meanwhile is caught in a variety of compromising positions that look increasingly suspicious until it is finally revealed that he is a violent murderer, albeit one with a strong need to be liked and approved of. In fact, it is only during a moment when he perceives himself as being judged by James that he turns on our protagonist, and must be put down at last.

Angela’s fate is no better. After flirting with suicide for the majority of the narrative, she finally gives in just before the finale, walking malignly up the symbolic flaming staircase. “It’s hot as hell in here.” notes James in their final confrontation. “You see it too?” she asks. “For me, it’s always like this.” I imagine many sexual abuse survivors would describe their day-to-day existence as a similarly everlasting agony; an agony that becomes a literal hell in a place like Silent Hill.

Only James is perhaps saved in the end, as much as someone so damaged can possibly be. Even the “best” of the five endings is only happy in an interpretive sense. They run the gamut from outright suicide on James’ part (determined by several key elements in the game), to a resurrection fantasy, to the possibility of reliving the entire sequence of events that lead to Silent Hill in the first place. After all, there are no happy endings here, just different levels of perdition.

In creating a world of grey morality, psychological symbolism, abstract perception, and unreliable narrators, Silent Hill 2 pushed forward the narrative power of the medium in ways that have yet to be rivaled in the entire decade since. As a story, it is grim and debilitating; as an experience, it is simply haunting.