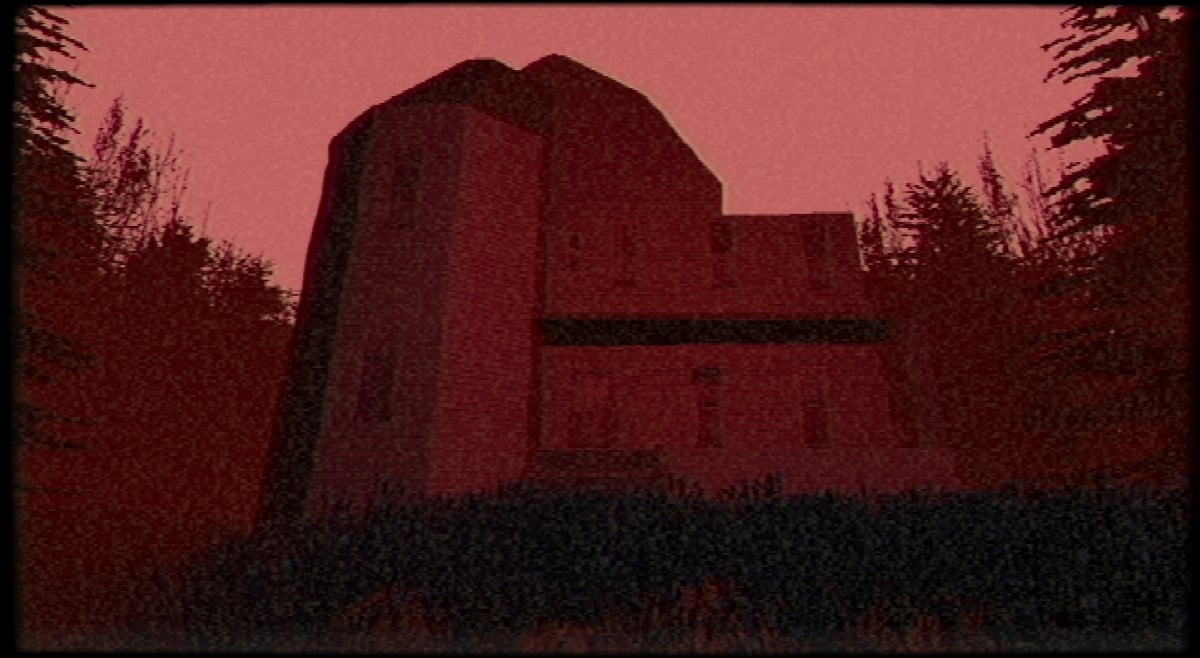 Murder House: Not Your Most Innocent Easter Tale

People don’t tend to connect Easter with horror. Not until they’ve played Murder House, that is. It does what a lot of innovative things do by combining two unlikely matches – in this case, blood, gore, and the innocent April joys of bunny rabbits and egg-filled baskets. Yep, Murder House is the Easter Bunny with a twist – a knife twist. And more than one. So before you stuff your face with chocolate and start thinking about spring, spare a thought for the fictional victims in this equally fictional yet all too real horror story.

When it comes to the recent wave of PS1-inspired indie titles that have taken the horror genre by storm (imaginatively dubbed ‘PS1-style horror games’), Murder House is right up there with the best of them. It’s a creation of Puppet Combo, the same developer responsible for other cheery-sounding games like Christmas Massacre and Babysitter Bloodbath. Like them, Murder House certainly delivers an altogether different type of experience to the standardized formula set by AAA hyper-realism, not least with the deliberately chosen low-poly graphics – itself an eerie bringing back to life of visuals from a bygone era.

Murder House starts us off with a boy called Justin in a deserted shopping mall where we get our first encounter with the killer, the Easter Ripper. Not an obvious place to start, but like any empty mall in the dead of night, it’s downright terrifying. Added to that is the fact it’s filled with posters of missing kids who, it’s implied, rank among the Ripper’s victims. Unfortunately for Justin, he runs into that very Ripper in the tight confines of the side hallways and toilets. With one result.

The action then switches to a later time and place, following a team of reporters as they go about sneaking into the Ripper’s abandoned house in search of a story. There’s Gary, who pulls the strings; Dana, a newsreader who doesn’t really want to be there; Tom, the cameraman; and Emma, an intern whom the player controls from this point on. Gary sends her on errands like ordering pizza and going out to the van for equipment. He’s reassuringly scummy and starts getting the crew to simulate ghost scenes for the camera, but little does he know that the house harbors something far more sinister.

The Ripper soon picks off Gary and Dana, and the hide-and-seek purgatory that follows doesn’t feel at all scripted. In what is a very open-ended exploration of the dark house, it’s impossible not to imagine that he could spring out from anywhere at any time, which he duly does. Luckily for Emma, there’s plenty of places to run and hide, but that also means plenty of places for the Ripper to skulk around. There’s more than a hint of pleasure though in seeing Gary torn to shreds whilst the intern Emma (who, let’s face it, probably isn’t getting paid) continues to live on through. There’s lots of blood. Yep, Murder House may be subtle about where and when the Ripper could strike, but it doesn’t leave a lot to the imagination when he does.

It’s textbook survival horror, complete with tight spaces, flimsy weapons, rudimentary puzzles, and save games (in the form of pencils) that are in short supply. There’s even a Resident Evil-style swinging door animation. Of course, every good survival horror game needs a designated safe room and Murder House is no different, opting for the closet under the stairs, which soon seems cozier than it should be due to the dangers elsewhere. However, even in the pleasant confines of that closet, it’s possible to hear noises through the walls and creaking footsteps on the stairs above, bringing players momentarily out of that predesignated comfort zone, leading to questions over just how safe the safe room actually is.

One minor but noteworthy difference to similar titles is the changing daylight outside – rare for survival horror and horror in general, when the sky often seems to be stuck forever on pitch black. There’s a phase in the relative peace and quiet just before the bloodletting begins when the bluish evening turns to an idyllic yellow dusk, letting players know that night (and its associated dangers) is fast approaching. The camera on Emma can also be shifted to the first-person perspective. A modern touch.

True to theme, Murder House comes with its very own Easter Egg hunt, except it’s probably not like the ones you played as a kid. Emma is forced to scour the house in search of various eggs which she must use to fill up a basket, the first one being found stuffed in the mouth of Dana’s severed head. It’s all part of the Ripper’s sadistic game, and it doesn’t get any less gruesome. The location of the final egg happens to be in Gary’s ripped-open stomach (couldn’t find space for those pizzas after all, eh Gary?). It’s a masterful way to keep the story going, and one that’s in keeping with the whole Easter Bunny theme.

As always with horror, the secret lies in the atmosphere, tension, and suspense. Building that up isn’t hard, but knowing how to resolve and deflate it is, making endings one of the hardest things to pull off. The one here certainly leaves a lot to be desired. Following her trauma-inducing Easter Egg hunt, Emma makes progress and goes out to the greenhouse via a secret passageway that also doubles up as a torture chamber. The Ripper lies in wait outside, who then unmasks, revealing himself as Tom, the fourth member of the news crew.

Following a ‘boss fight’ in which he passes out from his wounds, he unexpectedly rises from the dead along with all his former victims who emerge from the soil and start tearing him apart. It’s a needless supernatural twist on what has so far been a very human and compelling horror story, and the unmasking of the Ripper is also questionable. Wouldn’t it be better if he stayed anonymous? If it were just some random guy who keeps on killing and never gets caught? That is after all how things sometimes go in the real world.

Regardless of what you make of the blown-up, over-the-top ending in Murder House, all the bits before that are sure to provide a few scares and live long in the memory. Most terrifying things do. The worst thing to be said about Murder House is that its Easter 2020 release date was pushed back to October. Indeed, Murder House is a game not to miss and stands tall as one of the best and most disturbing PS1-style horror titles to have hit the market.