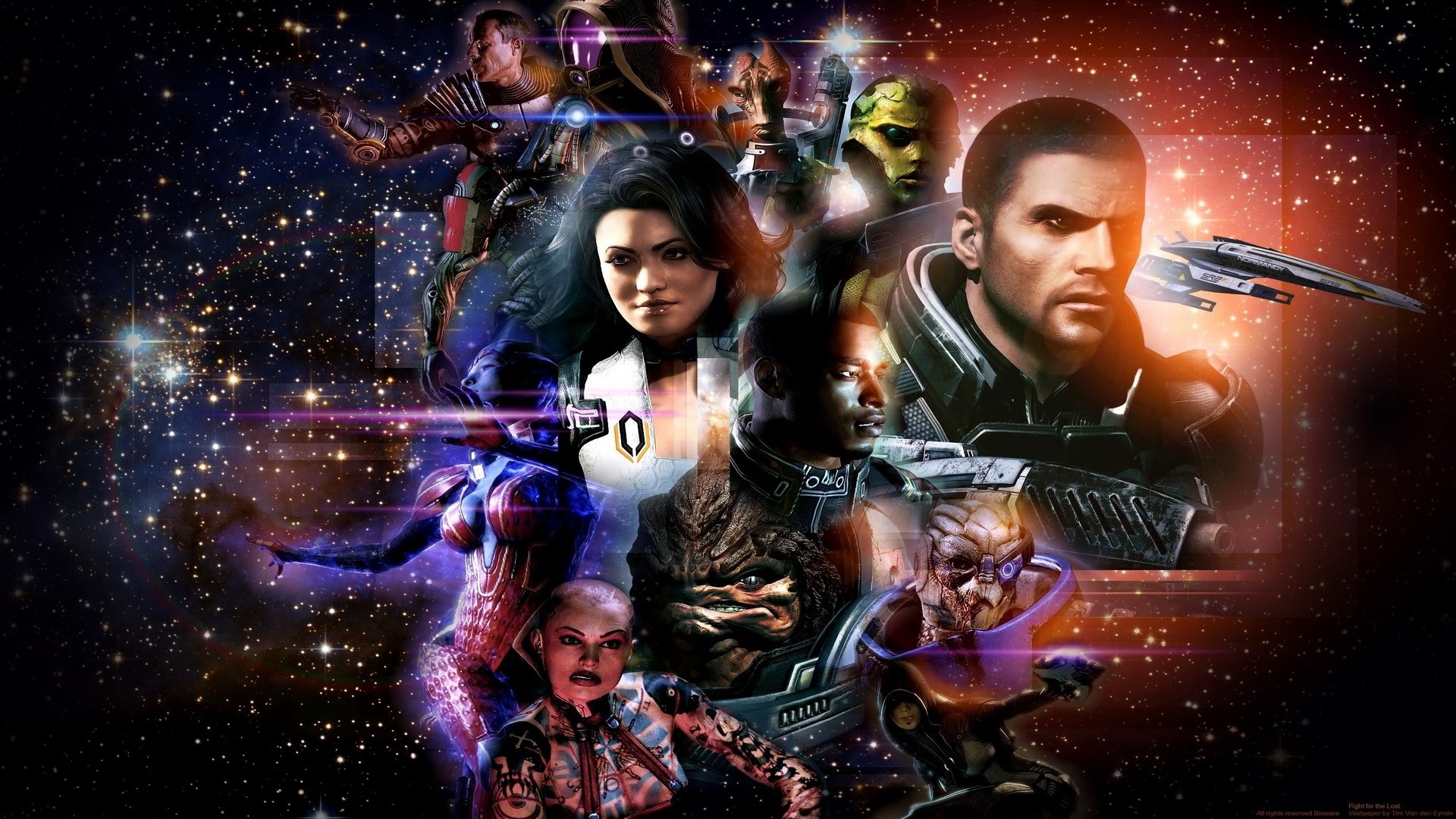 Mass Effect launched in 2007 as the boldest science-fiction project ever conceived for consoles. The complex mythology, history and the many alien races, each with their own political/religious beliefs offered a depth rarely seen in the medium. Only a game as ambitious as Mass Effect 2 could not only match the pedigree of such a massive project but surpass it in every single way imaginable.

Released 3 years after the original, a full decade ago, Mass Effect 2 set the benchmark for not just sequels but for science fiction gaming as well. Few sequels are able to overcome the weaknesses of their predecessors with such perfect accuracy while also doubling down on what made them good in the first place.

The first task that fell to Bioware was to refine the combat. The original game had more of a strategic angle to it but that strategy meant the game was constantly stopping and starting, stuttering the action and ruining the flow of the game. By streamlining the combat into more of an action RPG experience (emphasis on action), Mass Effect 2 created a much better sense of tension in battle sequences. Aiming, using techniques and issuing orders also flowed more smoothly with these changes.

Another major change was the removal of the Mako, an exploratory rover the player drove around alien planets with. While a novel idea, the Mako often lead to aimless wandering as the player sought out resources on the many planets of Mass Effect. Instead of driving to their destination, players were now warped directly to the area they would be exploring. Resource collection was overhauled as a result.

While few players will talk about the thrill of spinning a globe around and aiming a reticle in order to collect resources in Mass Effect 2, the simple speed by which this process was streamlined offered a hefty margin of improvement over the original game. Resources that might have taken a half-hour to collect in the first game could now be found in 1/10 of that time. Resource collection, while a vital part of the game, was never meant to be the time sink it was in the original Mass Effect, and by speeding up this process, Mass Effect 2 allowed players to get back to the meat of the game: doing missions and exploring the galaxy.

Of course, these aren’t necessarily the most significant changes that players will recall from their time with Mass Effect 2. The story and character roster were also expanded considerably from the first game, and these are without a doubt the biggest improvements that this sequel is able to mount.

While Mass Effect had seven playable characters, Mass Effect 2 expanded that to twelve. Not only was the amount of characters an improvement, though, the quality of the characters on offer was also much stronger this time around. A full nine new characters were introduced for players to utilize in combat, strategize with and get to know throughout the game. Among them were badass assassin Thane Krios, dangerous convict Jack, morally dubious Miranda Lawson, and hivemind robot Legion.

In fact, the cast of Mass Effect 2 is so good that it has rightfully become a benchmark for the creation of a compelling cast of characters in RPGs, and video games, in general. The sheer diversity on display in the looks, personalities and movesets allowed for the cast is awe-inspiring, and this is without even considering the trump card that Mass Effect 2 flashed throughout the experience of playing the game.

The monumental suicide mission to raid the Collectors’ base and save humanity is the impetus for the entire plot of Mass Effect 2, and the reason for which the player is recruiting the baddest mother fuckers from all over the galaxy in hopes of success. It isn’t just a suicide mission in name either, many, or even all, of the cast can die during the completion of this mission, adding a layer of suspense and finality to the final stage of Mass Effect 2 that few other games can match.

To this end, players were encouraged to get to know their crew through loyalty missions specific to each cast member. By undertaking these optional missions and completing them in a way that would impress or endear themselves to the character in question, players were able to ascertain the unquestioned respect and loyalty of that character, ensuring they wouldn’t go rogue during the final mission.

Still, even passing these prerequisites with flying colors wasn’t a guarantee for success. Players also had to pay attention to the strengths and weaknesses of the characters when assigning tasks and making split-second decisions. Who you would leave to recon an area, repair a piece of equipment, or lock down a path, could make the difference as to who was going to survive the mission. Further complicating things, the characters you wanted to take with you to final branches of the mission might be the very people best suited for these earlier tasks.

Getting everyone out alive is a truly Machiavellian task, requiring either a guide or multiple playthroughs in order to get it precisely right. To that end, my feeling is that it’s better to go at it honestly the first time around, dealing with the requisite losses that this experience entails. After all, it isn’t really a suicide mission without a couple of casualties right? Even with all of my preparations and foresight, I lost Tali and Legion in the final mission, but for the fate of the human race, these losses were an acceptable cost.

Even outside the strength of this fantastic cast and the monumental undertaking of planning and executing this final mission, there were other key characters and elements introduced as well. The Illusive Man, voiced by the great Martin Sheen, emerged as a necessary evil, saving Commander Shepard from death but asking morally complex decisions to be made as the cost of doing business. The relationship with, and the choices the player makes, in regard to The Illusive Man have far-reaching consequences for the remainder of the series, and as he emerged to become a primary antagonist in the final game of the trilogy, the considerations to be made were vast and insidious by their very definition.

With so many factors working in its favor, Mass Effect 2 is the rare game that is so perfectly designed that both its predecessor and sequel suffer by comparison as a result. While the improvements of ME2 make it hard to go back to the original game, the scope and ambition of an entire cast that could be alive or dead at the end of the journey also neutered the third game, causing many of the best characters in the trilogy to be excised from the final leg of the trip.