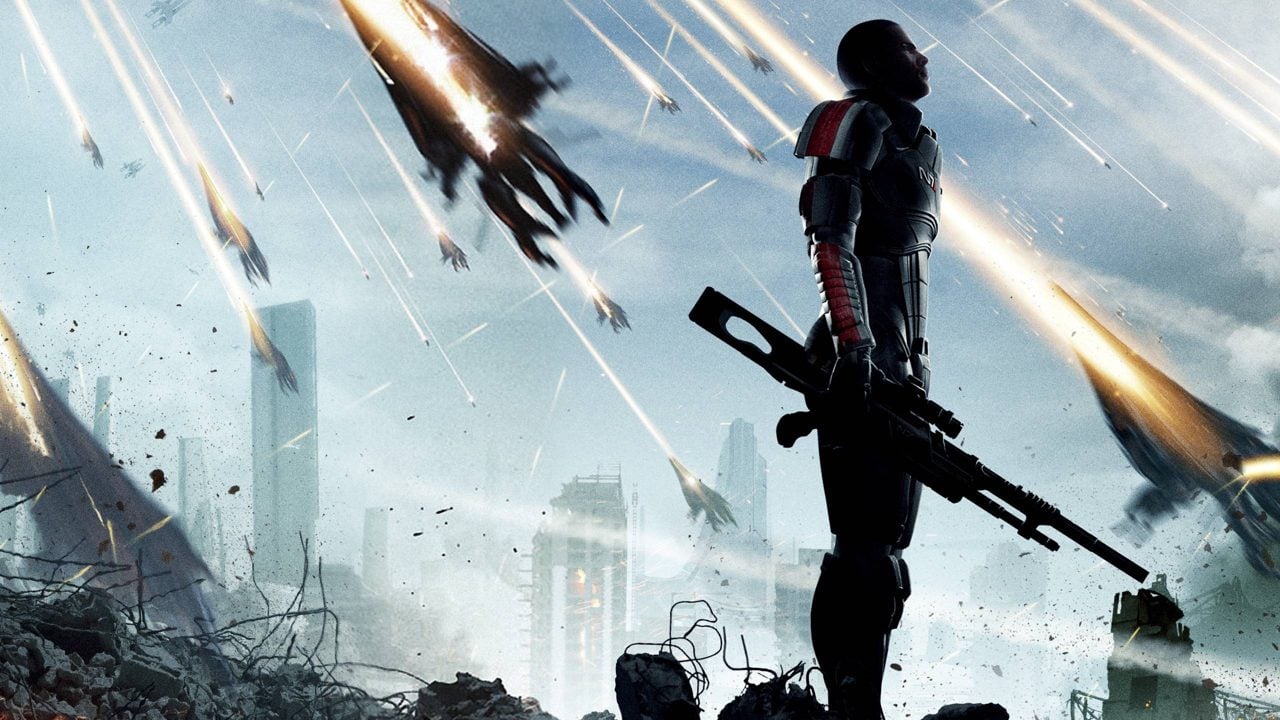 With the arrival of Mass Effect: Legendary Edition, many fans have been returning to the seminal science fiction trilogy with new eyes. Unfortunately, with fresh eyes sometimes comes fresh observations, and as our own planet faces a crisis that may destroy us all, I can’t help but think of Mass Effect 3.

At the onset of the campaign in Mass Effect 3, Shepard finds herself court-martialed for blowing up a star cluster that was set to be invaded by the Reapers, the intergalactic machine creatures that both sow and irradicate life in timed cycles in the Mass Effect universe.

Then, just as the squabbling and debating can begin, the Reapers arrive on Earth and begin their assault. Suddenly all of the endless talk about whether the Reapers exist or how much of a danger they are is silenced as the icy cold feeling of dread seeps into all of humanity alike.

As I watched this scene unfolding, I couldn’t help but think of our own situation here, on the real Earth. I work outside most days, and every day I breathe in smoke from the burning forests of British Columbia. I live in Saskatchewan, two provinces over. I also hear daily about the crop failures and food shortages currently being faced across our agricultural sector.

Unfortunately, scenes and situations like these are being faced by more and more countries and people worldwide over the last decade. While the proverbial wolves are at the gate for humanity, we can’t help but squabble, argue, and deny endlessly, much like the myriad of leaders in Mass Effect 3.

At the end of the first Mass Effect, players will recall that a Reaper literally descended on the Citadel, and members of every race in the galaxy witnessed it. In Mass Effect 2, people were being abducted and turned into weapons across the entire galaxy. Still, in Mass Effect 3, the bureaucratic nightmare of trying to save all of civilization grinds forward tediously until the world starts exploding around it.

This is what makes our own crisis so frustrating. As a threat larger than any we’ve ever faced towers over all of humanity, we descend into petty arguments in the comments section of Facebook instead of voting. We fight about the economy, religious rights, and a host of endless other issues as the thresher maw of climate change prepares to devour us all.

An article like this will be called political, no doubt. But like the politics behind the Reaper invasion in Mass Effect 3, there isn’t really anything political behind climate change at all. What there is, though, is power. Holding onto it and grasping at it. For many, a crisis isn’t something to address so much as it is an opportunity to exploit and divide people around it.

Likewise, nearly everyone Shepard asks to help with the Reaper threat makes their support conditional or forces Shepard into aiding them in a separate cause. While some of these motivations are more noble (curing the Genophage), others are simple power grabs from crime lords or trading favors between rival political and military groups.

Lucky for us all, Commander Shepard has the plucky wit, tactical mind, and general ass-kicking abilities to bring them all together just in time to snatch victory from the jaws of defeat. Less lucky is that we ourselves don’t have a figure to accomplish this in the real world. The closest things we have to one, figures like Greta Thunberg, Alexandria Ocasio-Cortez, and Bernie Sanders, are so routinely mocked and threatened by the people they are trying to help or educate that seeing any of them as a uniting force is inconceivable.

Now, since this is a science fiction story, we’d be remiss not to point out that like the discoveries that lead the species’ of Mass Effect to the Mass Relays, technology could be possible that might begin the process of repairing the damage from climate change. We all saw how quickly vaccines could be made and distributed worldwide when a mutual crisis faced us all.

Maybe if the same united focus could be established against our other major threat, we still have a chance to right off the Reapers that are coming for us all. Hopefully, unlike the people of Earth in Mass Effect 3, we don’t have to watch destruction rain down around us before we get motivated to do something.