For many, video games are all about honing one’s skill and conquering challenges. The advent of achievements for the Xbox 360 (later adopted by PlayStation as trophies) is a testament to this. As such, there’s long been a prevailing belief within video game culture that if a someone can’t handle a game’s difficulty, that gamer should either practice until they master it (hence the “git gud” meme) or simply play something else. This was the reality for many gamers growing up in the 80s and 90s and playing games that didn’t offer multiple difficulty levels. Classics like Mike Tyson’s Punch Out!!, Contra, Super Ghouls N’ Ghosts and Donkey Kong Country 2 all presented gamers with a steep challenge that they had to face head-on if they wanted to play the game. But should this still be an integral part of game design in 2018? Matt Makes Games’ Celeste answers this question with a couple of smart alternatives.

The platformer genre is known for housing some of the toughest games, period. The infamy of Super Mario Bros.: The Lost Levels, Battletoads, and the first few Mega Man games lives on to this day. Crafting platforming levels that are intuitive in design, mechanically-sound, and fair to the player is no small feat, and yet this is something side-scrolling Super Mario and Donkey Kong Country games have been doing for decades. Though the base challenge is still prevalent in these games (most recently in Donkey Kong Country Returns and Tropical Freeze), they’re generally beatable. By providing an extra layer of challenge via optional collectibles and secret areas, however, Super Mario and DKC games have managed to stay in the favor of both the “hardcore” and typical gamer. Celeste follows this formula to T, and it’s better for it.

Similar to last year’s Slime-san, Celeste is a 2D platformer that breaks levels up into screens. Each screen offers a different challenge or exploration/story segment. Once in a level, it’s up to the player to explore and find as many secrets and collectibles — in Celeste‘s case, strawberries — as possible. Because the game follows the standard left-right progression of most side-scrollers, it’s often obvious where players need to go to progress through the level. By making progression straightforward, the devs were able to fill Celeste to the brim with branching pathways, secret areas, and challenge rooms for more ambitious players to discover. These bonus challenge rooms can be absolutely brutal, and push players’ platforming chops to their limits, but they’re entirely optional. Smart implementation of bonus goals like Celeste‘s strawberries and Slime-san‘s apples go a long way in helping gamers of varying skill levels feel accomplished.

Accessibility in gaming is a surprisingly contentious topic. While there’s a general sentiment that it’s great if as many people as possible can enjoy a game, there’s also the belief that game developers shouldn’t have to sacrifice their artistic vision for the sake of making their game easier. If the developers of Super Meat Boy or Bloodborne designed their games around mercilessly training players to understand certain mechanics and perfect reflexes, so be it. On the other hand, including accessibility options open games up to much wider demographics of players who would’ve otherwise completely missed out. Cuphead was largely regarded as one of the most difficult games in recent memory, but it was also one of the most attractive. To cater to players who wanted to enjoy that experience but didn’t want that soul-crushing difficulty, Studio MDHR included a Simple Mode that made the boss fights significantly easier by cutting out certain attacks and whole sections of encounters.

The myriad of comparisons between Celeste and Super Meat Boy aren’t unfounded. Celeste can be a brutal game even when sticking strictly to the main narrative, and the game is knowingly designed around that. Quick respawns and infinite lives go a long way in encouraging that addicting “one more time” cycle. However, for those who can’t stand dying hundreds of times, get easily frustrated, or just want to enjoy the game’s touching narrative, Celeste offers a deep Assist Mode. By using it players can adjust game speed, become invincible, have infinite stamina while climbing, and even skip whole chapters that are proving to be too troublesome. Some of these are arguably reminiscent of old-school cheat codes, but the fact that the game offers them in a way that doesn’t feel like cheating is what’s key here. There’s no jeering like in Wolfenstein 2, and none of the content is withheld like in Cuphead. Matt Makes Games truly gives players the option to experience as much of Celeste as they want without judgement, and it’s an incredibly welcome addition. 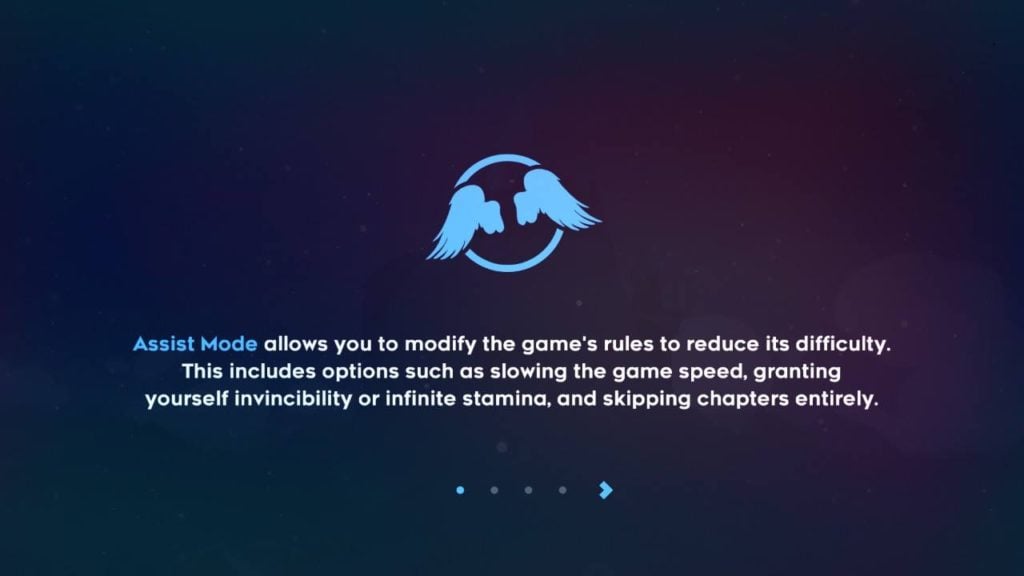 There was a time when gamers had to muscle their way through their favorite games in order to beat them, and that school of thought still has its merits. After all, there are few feelings more satisfying than finally completing a game you’ve put your heart and soul into. However, this antiquated narrative of “hardcore vs. casual gamers” isn’t beneficial to anyone. Taking advantage of accessibility options in a game doesn’t make someone a casual gamer; it just allows players of all kinds to be able to enjoy a game in their own way. The method by which Celeste hides challenge rooms for the more adventurous, challenge-seeking gamers to discover makes a lot of sense, as does their choice to allow gamers to customize various parts of the game’s difficulty. Optional systems like these not only attract more potential buyers to traditionally difficult games, but they can also serve as a way to gradually train less-skilled gamers. If there was ever a way to implement accessibility options, Celeste‘s model is a great one to follow.