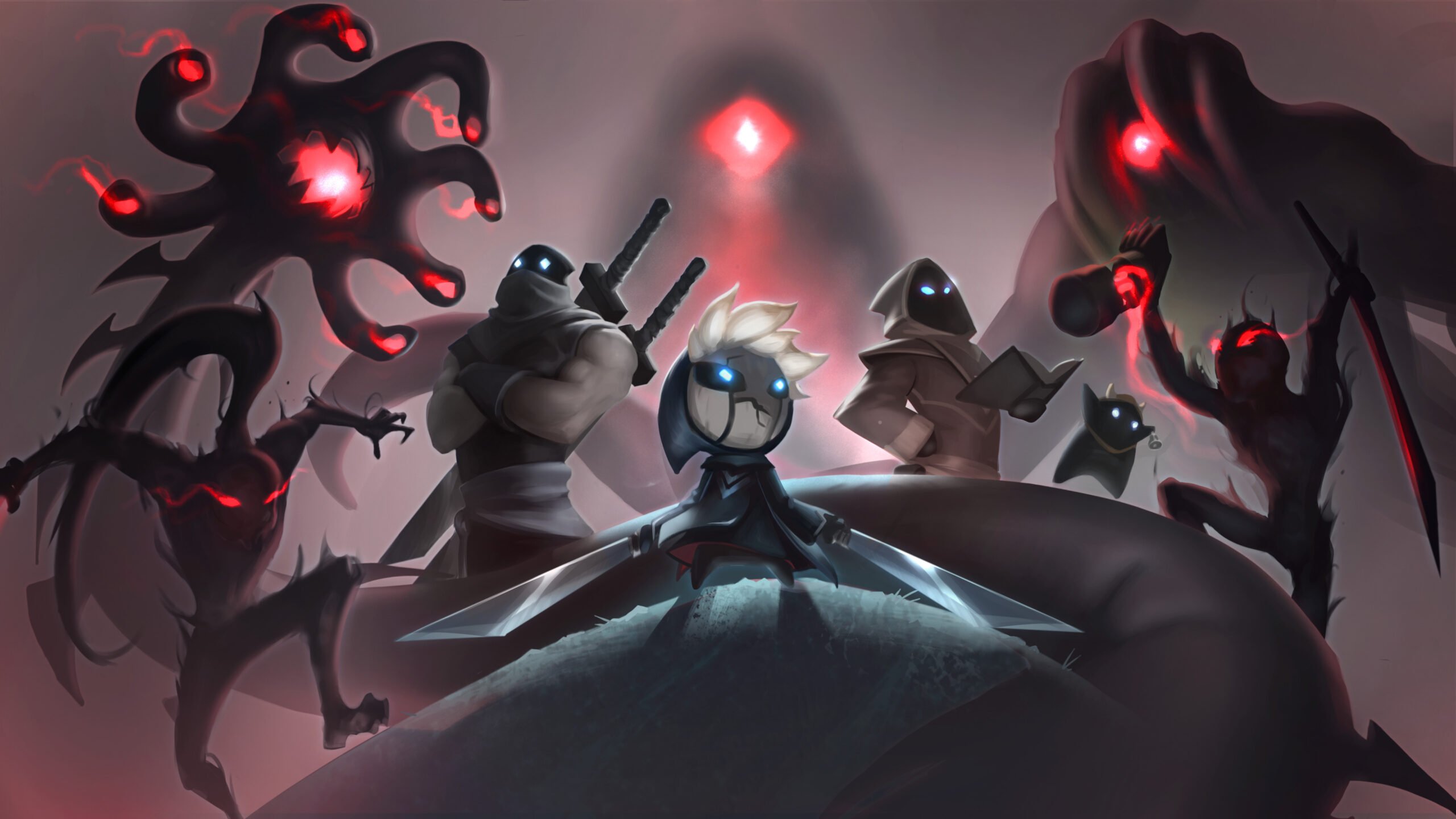 The 3D platformer has seen a resurgence in recent years. From indie hits like A Hat in Time to remasters and belated sequels, a genre lost in the 7th generation of consoles has boldly resurfaced during the waning years of the 8th generation. Blue Fire, developed by Robi Studios, looks to capitalize on this popularity while putting its own spin on the genre – and it largely succeeds. Blue Fire may suffer from numerous faults, but its platforming is both fantastic and distinct.

Blue Fire’s story melds Zelda and Dark Souls, to a largely underwhelming effect. Like Zelda, the primary conflict involves a captive queen (princess) and a great evil befalling the land. The narrative also contains numerous references to light and darkness, numerous gods, and lords who must be defeated, à la Dark Souls. The story never surprises nor does anything different from its inspirations. In fact, much of the world-building feels like it’s just checking boxes, putting in different types of imagery just because it’s popular or expected rather than being in any way inspired. Dark Souls‘ opaque lore often engenders awe with its allegorical power while Zelda charms with colorful lands and characters, but Blue Fire‘s world accomplishes none of these things.

However, Blue Fire does find the occasional chuckle amongst its numerous side missions. Side missions never go beyond fetch quests, but some do contain a few witty lines of dialogue – a mission involving an unfortunate tenet and an oblivious landlord is especially amusing. But the gameplay is even more important than the writing, and side missions excel in this department because hunting items brings out the best in Blue Fire: platforming.

Platforming in Blue Fire feels grounded. Yes, the game features the obligatory floating platforms, but much of its traversal occurs around organic architecture, especially when it comes to finding hidden collectibles. In order to adequately explore the environment, players must use naturally occurring ledges, walls, and columns rather than convenient platforms. The game never tells you what constitutes a definite route either, so finding your way around feels like an act of discovery despite the game being a generally linear affair.

Aside from having a sense of discovery, Blue Fire’s platforming is just plain enjoyable thanks to its excellent controls. Your nimble warrior comes armed with all the genre staples: wall-running, dash, double jump, and air spin. While nothing new in and of themselves, these abilities come together for excellent effect, with the wall-running adding a Prince of Persia flair to the conventional jumping. Leaping from a platform, dashing around a corner into a wall, then sprinting alongside it to double jump onto a ledge is utterly exhilarating and tactile in a way that is uncommon in the genre.

Blue Fire’s intense challenge rooms, known as Void Chambers, bolster the already superlative platforming as they require precision and are a joy to conquer. Better still, they don’t simply retool assets from the campaign; they introduce entirely new challenges and rarely reuse obstacles.

The ingenious design behind Blue Fire’s Void Chambers is not limited to their level design as their purpose carries over into character progression. Each chamber contains 30 void souls, a special currency used to purchase spirits. Spirits are the primary means of leveling your character and function like perks, providing essential buffs like lengthening the dash or producing an invisible platform upon falling. With the exception of only a few, all the spirits need to be purchased and they are expensive. Thankfully, once you nab a void soul you have it, even if you cannot complete a challenge. So, less experienced gamers will still find rewards for braving the harder challenge rooms.

Combat doesn’t fair as well as the platforming. Aside from some late game boss fights, which demand deft platforming, fighting in Blue Fire is a tedious slog. There are only a handful of enemy types as well and their attack patterns are monotonously simple. If Blue Fire cut out the normal enemies entirely and left combat to only the aforementioned boss fights, the game would be a much smoother and more enjoyable experience.

The other significant problem facing Blue Fire is its inconsistent, sometimes terrible, performance on Nintendo Switch. The frame rate often drops to single digits and sometimes stutters so persistently that the only way to return to non-queasy play is to reload a checkpoint. Bugs are rampant as well. On multiple occasions, my jump and attack buttons stopped working properly and my character would perform a face plant, taking damage. In order to fix the problem, I again needed to reload a checkpoint. Even worse are the crashes which become more frequent as the game progresses. In my last two hours of play, the game crashed six times.

Another major issue involves the spin attack. The spin attack is teased from the beginning of Blue Fire with descriptions of it appearing in just about every loading screen. The move is fundamental to enjoying the game since it makes combat easier and adds a third jump to your repertoire. The move should be unlocked early but instead is only accessible near the end of the game. Making matters worse is that the spin attack is hidden behind a secret and the game actively misleads the player. There is only one hint given about the spin attack’s location and the hint gives false information, sending the player to the wrong area. I spent over an hour in said area, uncovering numerous hidden collectibles for side quests but found no attack. I happened to come across the spin attack later by chance when exploring a completely different part of the castle. It’s an egregious oversight made only worse by the fact that the spin attack is a delightful, and necessary, asset.

Robi Studios’ Blue Fire is very rough around the edges. The story and world are bland, combat bores, and the game has serious technical issues. However, it is still worthwhile and an easy recommendation for fans of platforming, especially once it gets patched. Platforming in Blue Fire demands not just precision but environmental awareness and it results in a beguiling sense of discovery. That is to say, Blue Fire successfully adds its own flavor on a well-worn genre and it should be appraised by even the most seasoned of platforming studios, including the developers behind a certain Italian plumber.