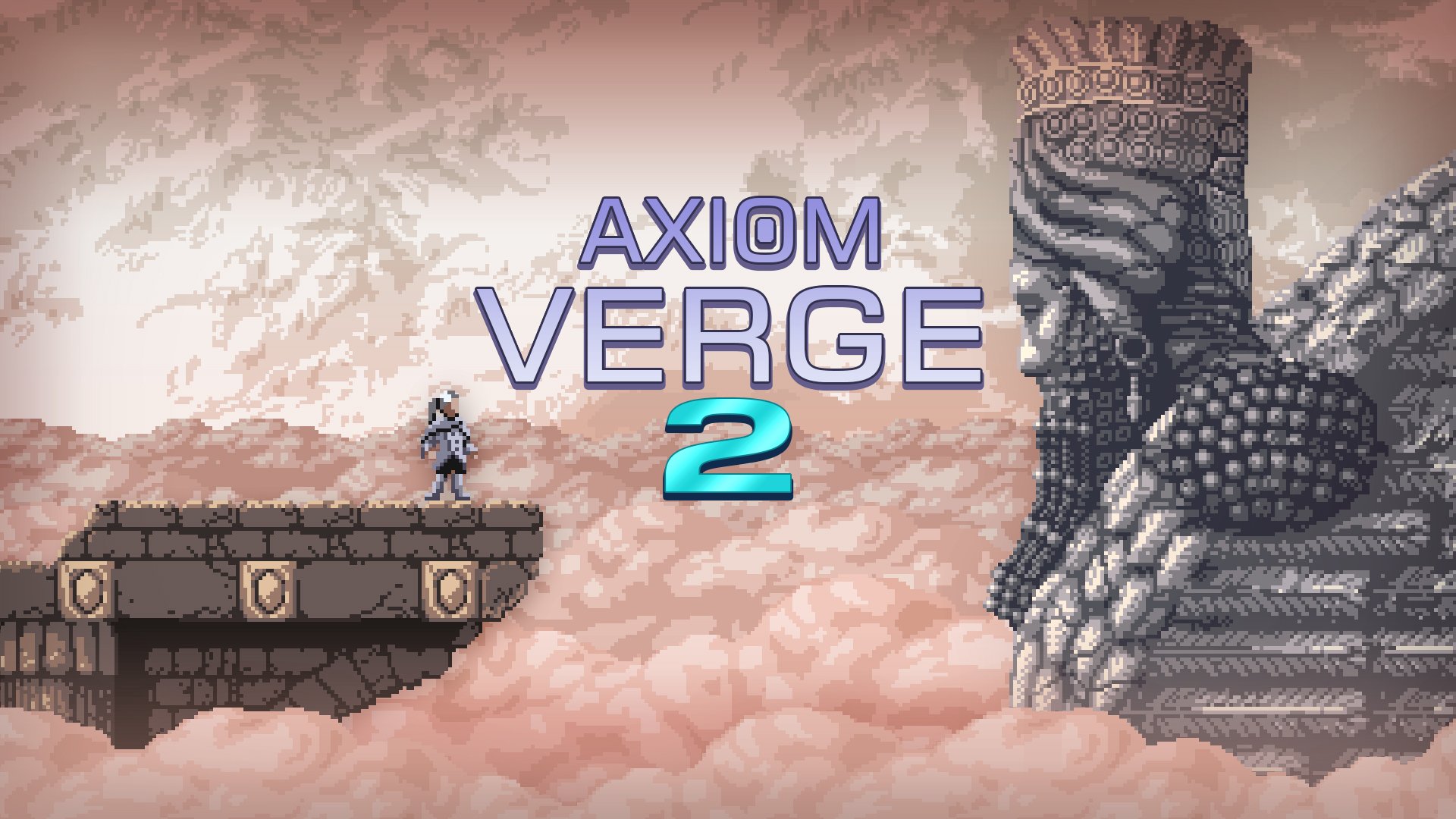 The world was a different place when the original Axiom Verge released in 2015. In these dark pre-Samus Returns days, when it seemed as if Nintendo had entirely forgotten about its exploratory action platformer series, solo developer Tom Happ’s Axiom Verge delivered the spiritual successor to Super Metroid that so many beleaguered Metroid fans craved. Six years later, and Axiom Verge 2 presents something very different from its predecessor: no longer a mere Metroid clone, this sequel introduces ambitious new gameplay mechanics, a robust world to discover, and a deep commitment to its lore that earn it a distinctive place among the Metroidvania pantheon.

Axiom Verge 2 immediately sets itself apart from its predecessor with an original story set in a new world filled with new characters. It follows Indra Chaudhari, former CEO of a multibillion-dollar technology conglomerate, who travels to an abandoned research station in Antarctica while searching for her missing daughter. Her mission quickly goes awry, however, with a mysterious accident leading to her untimely demise. In true sci-fi fashion, though, Indra’s death is only the start of her quest: she soon awakes in an alternate dimension, a harsh planet overrun by hostile androids and benevolent spirits. Before long, Indra’s journey to reunite with her daughter morphs into something much larger, leading to a conflict where the fate of all universes hangs in the balance.

This sequel is a much more narrative-driven experience than its predecessor. While the original game certainly had its fair share of cryptic ambient storytelling, Axiom Verge 2 offers more NPCs and characters to talk to and interact with, creating an overall richer narrative. This increased depth comes at a cost, however – much of the dialogue can feel like a constant stream of exposition dumps filled with unfamiliar alien names and terminologies. Understanding the full lore of Axiom Verge 2’s world may be an impenetrable task for all but the game’s most ardent fans. Even then, players who enjoy feeling lost in a deeply realized world with a history and mythology of its own will find much to appreciate in this adventure.

As with any Metroidvania, the world is the main attraction in Axiom Verge 2 – and fittingly enough, it is also where the game is at its very best. The design of the world itself represents one of the starkest ways that Axiom Verge 2 develops on the game before it: it trades the shadowy sci-fi landscapes of the original for bright and colorful interconnected vistas, where futuristic technology mingles with ancient Mesopotamian art and architecture in sprawling green forests, underwater ruins, and snowy mountaintops. While this added color and variety might lack the dark ambiance that makes traditional Metroid titles so memorable, this follow-up more than makes up for it in the sheer scope and ambition it presents.

The vast biomes of Axiom Verge 2’s alien world are ripe for exploration, packed with tantalizing secrets and off-limits regions that entice you to keep combing the area for new items and abilities. True to form, the game provides an extensive arsenal of brand-new items and abilities that provide new possibilities for engaging with your surroundings. You can hack enemies to bend them to your will, self-destruct to destroy obstacles before immediately reassembling yourself, or deploy a sentient drone to squeeze through tight spaces, among many other tools the game gives you to interact with your surroundings.

Such a varied roster of items and powers allows for versatile world exploration, an especially impressive feat considering the sheer scope of the world this time around. Axiom Verge 2 isn’t content with providing just one world for players to explore. Alongside its main overworld, using your drone item allows you to access the “Breach,” an alternate 8-bit dimension with similar designs to the original Axiom Verge or the first two Metroid games. The Breach isn’t just an extra set of challenge rooms to explore; instead, this additional environment ingeniously intertwines with the main overworld, allowing for players to flip between worlds to come across otherwise unreachable areas. Using the Breach in moment-to-moment exploration creates a unique, literally multi-dimensional experience unlike either the classic Metroidvanias that inspire Axiom Verge 2 or the modern games in the genre released today.

If there is one area where the gameplay falls short, though, it has to be in its combat. These issues are largely due to Axiom Verge 2’s insistence on physical combat rather than long-ranged gunplay as in most traditional sci-fi Metroidvanias. Even with status upgrades improving your speed and strength, hand-to-hand combat can sometimes bring the flow of exploration to a screeching halt as you have to get up close and personal with enemies that block your path. Making matters worse, many enemies have powerful long-range attacks, essentially forcing you to attack them or suffer being picked out from afar. Even the handful of boss battles, which were such a spectacular highlight of the original game, are largely pushovers that lack the pomp and circumstance required to make each encounter feel truly memorable.

Individual issues with the moment-to-moment action cannot take much away from the utter triumph of the overall experience, however. Nothing beats the euphoria of discovery whenever you unlock a new path forward or uncover a hidden shortcut between two biomes of a Metroidvania, and Axiom Verge 2 perfectly encapsulates this satisfaction. Pair its intricately crafted worlds with its expansive inventory of abilities and items, and the result is a versatile combination that’s sure to delight Metroidvania fans seeking another dynamic environment to explore.

The lush presentation only reinforces the game’s sense of relentless discovery in a world of isolation. Its rich pixel art, where shadowy caves and abandoned laboratories combine with colorful jungles and deserts, comes alive with a vibrant blend of 32-bit 2D art and occasional 3D animation. The soundtrack is yet another distinctive blend, meshing synthesized electronic beats with acoustic Middle Eastern flutes, strings, and vocals to reflect the game’s otherworldly setting.

2015’s Axiom Verge was a derivative watershed moment at the time, tangible proof that the formula laid out by Super Metroid could still work in a modern game. Axiom Verge 2, on the other hand, is a boldly original follow-up that pays mere lip service to the first game and instead demonstrates that Tom Happ’s series is an inventive force to be reckoned with. It may have minor issues in its combat and storytelling, but its immaculately built worlds and constantly expanding exploration keeps the experience fresh throughout the roughly seven-hour campaign. With new dimensions of fantastical discovery, Axiom Verge 2 is a daring sequel that should keep players’ attention from ever diverging.