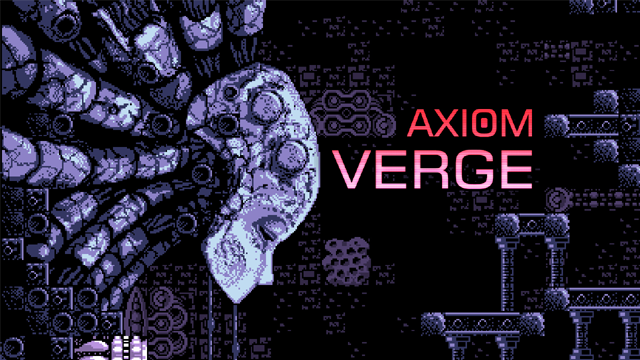 It has been a long time since there was a 2D, old school Metroid game released. 2004’s Metroid: Zero Mission was the last time that this particular strain of the series had an outing, and even that was a remake. Ever since, there have been many games that are clearly inspired by this era of the Metroid franchise, most of which are nowhere near the golden standard of Super Metroid, one of the best games ever made. Axiom Verge is the latest in this long line, and for the most part, but while it does a good job of giving the Metroid-starved masses a morsel to help palm off their hunger, it will do little to satisfy in the long-term.

You cannot talk about Axiom Verge without comparing it to Super Metroid, and very few games are going to come out of that comparison well. Super Metroid is the pinnacle of side-scroller world design. The way that Zebes interconnects with itself and manages to find the balance between allowing exploration whilst giving you clear enough indication of where to go is second to none. Axiom Verge wears its influences on its sleeve and, to be fair, seems to be openly saying “yeah, this is a Super Metroid rip-off; you got a problem with that!?” The first few areas of the game are the most outrageous in their homage, with many of corridors and enemies being almost exact replicas of those from Metroid. 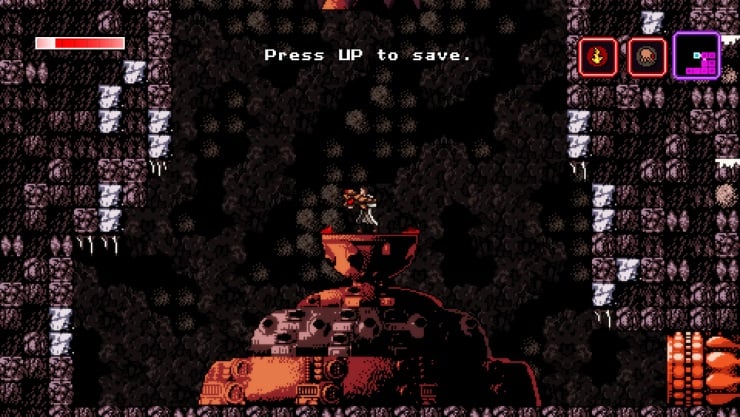 But that isn’t to say the game is devoid of ingenuity when it comes to progressing through the world. In the early hours you will notice gaps in walls that look suspiciously morph ball-shaped, only for you to later realise that in fact the drone upgrade will help you progress. This cleverly plays on your expectation as a Metroid veteran and subverts the traditional formula. Unfortunately, these moments just aren’t often enough and don’t help shake the feeling that you are just playing a pale imitation of a classic.

What makes Super Metroid stand apart from its copycats is how the world is designed and the character each level has. Because of this, you remember places you couldn’t get to earlier, making backtracking more rewarding than the tedious drag that it sometimes can be. There’s almost no need for a map because of the way game forces itself into your memory, and you enjoy going back because you want to see how it changes the further you delve into it. In Axiom Verge the areas of the game are all very generic, the only differentiating difference being the colour palette. You start to think that you need to go to the ‘green zone’ rather than it having an identity of its own. 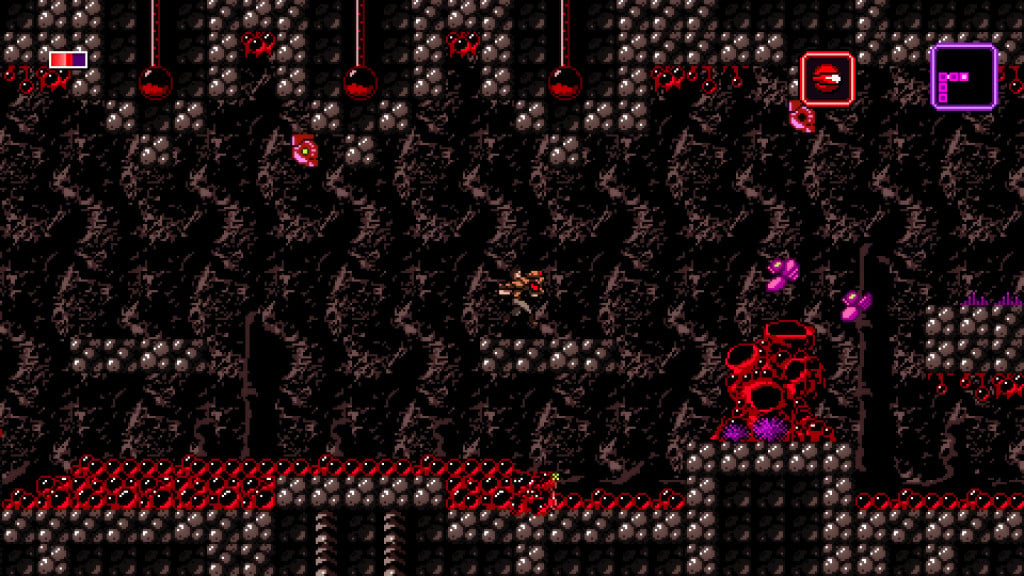 For the most part though, Axiom Verge is pretty enjoyable. The combat and platforming are pretty decent and new items are picked up at a fair rate to keep things interesting. Unfortunately, in the last few hours of the game the quality falls off a cliff. First, as many games make the mistake of doing, it decides that in order to satisfy the player it has to ramp up the difficulty by means of throwing out more enemies. There is one boss fight in particular that seems to be made specifically to frustrate. It is also incredibly vague as to where you have to go. You can spend a good four hours wandering around, and while this can be good if you are a completionist and want to find all the upgrades, for most people this will just prove to be annoying.

This is compounded by the story of the game, and I use that term loosely. The story in Super Metroid is simple, but effective. The cut-scene at the beginning and the introduction fight with Ridley sets out your objective for the game, to find the baby Metroid. It then leaves you alone before rounding itself off in the final hours with a hair-raising climax that is all done without the dialogue or exposition. Axiom Verge tries to be enigmatic with its story, dealing with highfalutin’ concepts of parallel universes and such. It’s silly sci-fi technobabble really, but the tone is all over the place. The robots that you encounter speak in these tedious riddles with broken English while the main character, Trace, keeps on speaking in a blunt, real-world manner. His famous catchphrase is saying “CRAP!” whenever he sees a boss. Why they felt the need to give him any dialogue at all is beyond me, as this only serves to break any immersion the player has in this world. 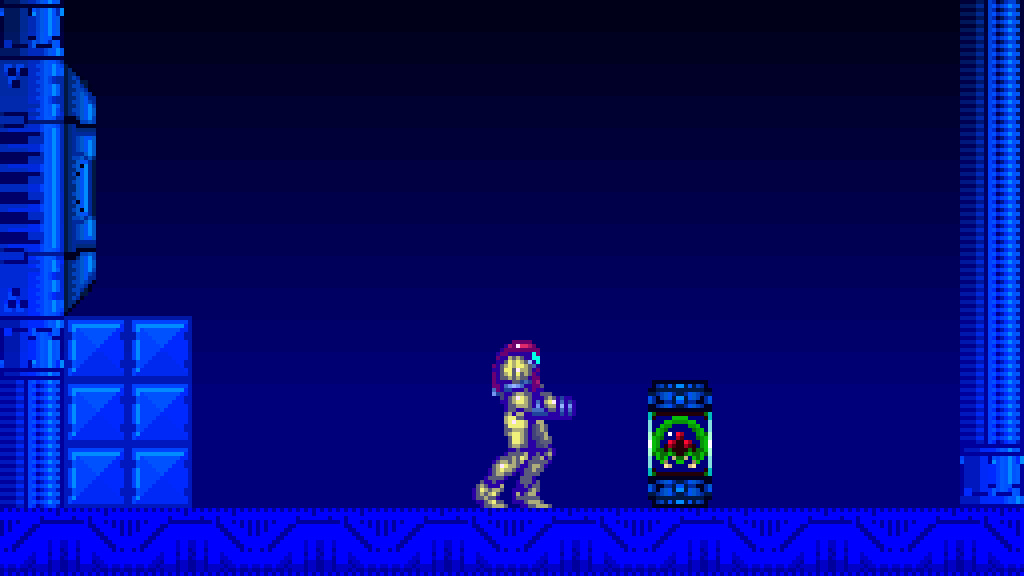 The problem Axiom Verge and all the games that attempt to ape the success of Super Metroid is that ultimately they can only fail. Super Metroid, at least in terms of its design, is perfection. And while Axiom arguably improves the combat, the overall feel of the world and the way you get lost inside this twisted maze is just nothing when compared to Zebes. If you want to play a new Metroid game then you can do a lot worse than Axiom Verge, but just temper your expectations.

Axiom Verge is available now on Steam and PSN