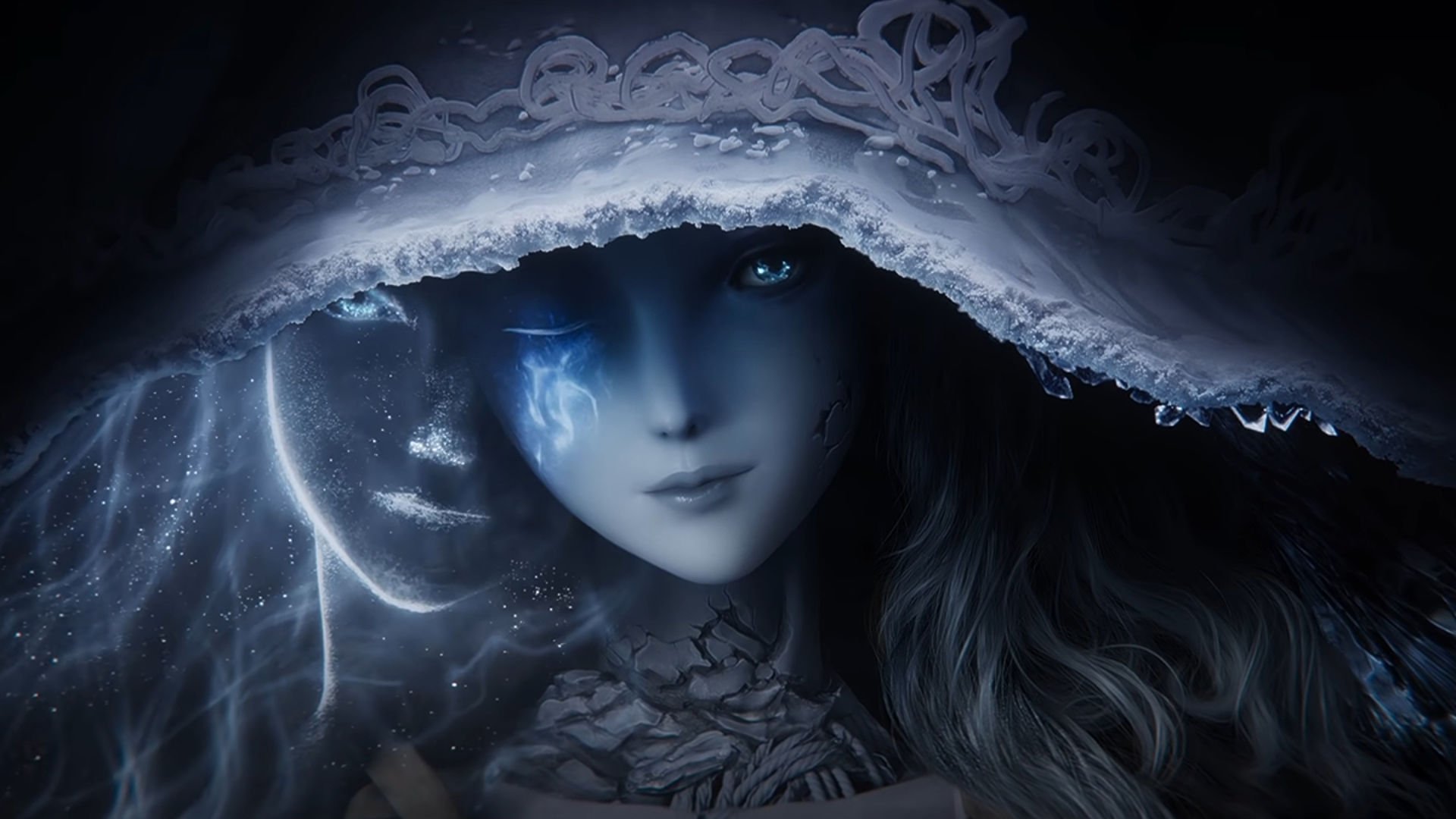 Do you believe in magic?

With so many items, spells, and synergies, our cup has surely runneth over in Elden Ring when it comes to building our characters. Bleed builds, faith builds, ultra greatsword builds; I even saw one guy with dual-wielding shields–-hard to say how far that took him. Some of us are more responsible with our stat distributions, leveling up with points in lame stats like vigor and endurance. Some of us, though, choose to live (or more frequently not live) dangerously. Some of us are forever drawn to the high risk/high reward lifestyle of foregoing survivability for that pure, raw damage output. That’s right; we’re talking Glass Cannons.

There are few things more invigorating than stepping into an arena, squaring up with a boss, and knowing that one of you is about to melt in seconds. If he closes that gap, it’s over. Even the slightest graze from a backswing is sending you back to the bonfire (alright, fine; “Sight of Grace”), so why not go out with a 70 intelligence build capable of literally throwing the moon at him?

Before we get that far, though, some essentials for the everyday mage wouldn’t go amiss. After all, not every encounter entails calling down the orbital cannons on Starscourge Radahn in a desperate DPS race before he conjures those absolutely busted gravity rocks. Sometimes, we just need a kit that helps us survive the Lands Between; some spells and tricks to keep our “fun-sized” health bars safe from harm. While these are certainly not the only spells you need, they’re the ones we find ourselves attempting to cycle to most often in our moments of panic.

If some of the spells further down our list serve as our haymakers, Swift Glintstone Shard is our jab. Low damage, low FP cost, and an incredibly short cast time, this spell is a nice all-around filler for Elden Ring’s sorceries. It comes out lightning-fast, can be fired in quick succession, and can also be cast from horseback without slowing down. If you find yourself scrambling and just need something to cast that won’t break your flow as you run for your life, this baby right here is your ticket.

Its damage output won’t knock your socks off compared to the rest of the glintstone tree, but the freedom of movement (both on foot and horseback) it provides is invaluable for a pure caster. If all else fails, relying on it as sustained damage output can sometimes feel like taking the “death by a thousand needles” approach, but you’ll almost never get caught in an overly-long casting animation that leaves you susceptible to gap-closers or long-developing swings. Float like a Nascent Butterfly, sting like a bee.

Even a glass cannon needs a last line of defense. Those familiar with the Souls series may find themselves underwhelmed by the damage output of the Phalanx line of spells in Elden Ring, but their low damage output betrays their true utility; their potential to stagger. The Phalanx spells surround the caster in an arc of magical daggers, and any enemy that comes too close will trigger them, causing the daggers to fly forward at whatever has decided to invade your personal space.

For most enemies that are relatively human-sized, these daggers will cause them to stagger, both slowing their advance and potentially interrupting any attacks they may be priming for your vigor-less mage. This one won’t help as much with dragons or corrupted tree sentinels, but as a safeguard for the perils of exploration and dungeon-crawling, it serves as an excellent bit of utility.

Hey, what gives? Low damage glintstone shards? Utility? Safeguards? We’re here to blow the doors off of this place with the unequaled power of the arcane; give us some HAYMAKERS!

Fair enough. While the gravity spell Rock Sling in Elden Ring is located in the rather inhospitable land of Caelid, it is technically accessible the moment your boots hit the ground in the Lands Between, and for the relatively low intelligence requirement of 18. This spell is a bit of a love/hate situation, and certain fights can render it rather difficult to use efficiently, but good lord does it hit. Rock Sling conjures 3 large boulders that are then flung at the enemy after a slight delay. The catch with this spell is that the boulders will break on contact with any piece of the environment, making it a bit of a trick to use in crowded spaces or areas that have any amount of clutter (tables, low-hanging chandeliers, etc).

If you do manage to find an open avenue between you and your adversary, Rock Sling boasts more than just a punchy burst of damage; it outright obliterates enemy poise. It may take a couple good shots for larger enemies and bosses, but landing all three projectiles consistently will bring low almost anyone unfortunate enough to find themselves without cover. It’s also worth noting that its range is quite a bit longer than your average missile-based spell, most likely as a trade-off for how temperamental it gets about collisions in the environment.

It’s also worth noting that Rock Sling is particularly effective against NPC invaders that simulate player behavior, as their AI is programmed to read inputs made by the player, and dodge accordingly. Due to Rock Sling’s delayed release, this almost always baits out an early roll as the AI doesn’t account for anything but the input itself (at least at time of writing; patches could very well tweak this behavior), resulting in at least a few solid hits before they can close the gap. Rock Sling is also quite viable from horseback, though it will slow you down momentarily for the wind-up.

This one lands a spot partially because it is actually quite useful, but also because it’s just so cool. Turning your staff into a giant greatsword made of pure magic? There’s something to be said for the flair with which one dispatches their opposition, and sorcery builds certainly aren’t lacking for it in Elden Ring.

Each swing delivers decently high damage, staggers most non-boss enemies, and offers great frontal AoE in a sweeping arc for large groups. Sure, Glintstone Arc serves a similar purpose and has the added benefit of range, but its damage isn’t quite as high and the AoE isn’t nearly as encompassing at close range. As an avid believer in “fashion over function”, I fully admit that this one could very well be the result of a personal preference, but that doesn’t take away from the genuine utility and power of Carian Greatsword.

If you’re looking to go a step further and pair Carian Greatsword with Carian Slicer (a smaller, faster magical sword ability that operates more as a short/straight sword), a perfectly viable build revolves entirely around these abilities with the help of the Carian Glintstone Staff that passively buffs these abilities specifically. Carian Piercer also throws its hat in the ring at 27 intelligence, though its long thrust animation makes it far more situational than its sweeping counterparts.

Speaking of flair, our last spot goes to Loretta’s Greatbow. This spell has it all: it packs a hell of a punch, it has great range, and much like the aforementioned Carian Greatsword, it’s positively dripping with style. With the ability to hold down R1/RB for a charged shot, Loretta’s Greatbow serves as a powerful opener on distant foes as well as a strong option from horseback where you can maintain the necessary distance for such a long cast-time.

The benefit of its range can’t be overstated; Loretta’s Greatbow can often be used to hit enemies from high vantage points or across great distances where they may not have the opportunity to retaliate. If you are fighting bosses with the aid of summons, it’s a solid option for dealing damage from a substantially distant backline that is safe from most gap-closers (or at the very least gives you quite the buffer to see them coming). It might lack the poise damage of something like Rock Sling, but its range and relative projectile speed help Loretta’s Greatbow excel where Rock Sling occasionally falls short.

Now, I know what those of you with high-end sorcery builds are thinking: all this talk about “haymakers” and melting bosses, and no mention of Comet Azur?

That’s fair, and should by all rights be acknowledged. For the uninitiated, Comet Azur is a high-level sorcery (60 intelligence requirement) that exemplifies a mage’s ability to completely annihilate anything and everything with a health bar. It is, for lack of a better term, a buzz-saw.

Following a lengthy wind-up, the mage sets their feet and lets loose a massive beam of magic for as long as their mana bars can sustain (which isn’t terribly long with this particular spell). Unable to move or re-direct the beam once it has been fired, Comet Azur represents the mage’s ultimate “bang-or-bust” play. It leaves the player immobile and immensely vulnerable to attack, and mobile mobs that manage to side-step the beam pose an immediate threat as the player scrambles to quaff their Flask of Cerulean Tears.

It’s an all-in ability that will drain even the largest mana bars in seconds, and utilizing it to its full potential requires an end-game level mage due to its high intelligence requirement as well as a hefty investment into the Mind stat for the mana needed to sustain it. While the damage output from Comet Azur is truly remarkable, it’s difficult to recommend on a list discussing helpful spells for the early-to-mid game leveling process.

I hope you’ll forgive us for snubbing what is probably the highest burst-damage ability in Elden Ring, but we are more than happy to give it the nod it deserves as an honorable mention.

Which is why it is important to note that this list is nowhere near all-encompassing. There are plenty of spells throughout Elden Ring that are just as valuable as those compiled here; Night Maiden’s Mist, Cannon of Haima, and not to mention Scholar’s Armament are just a handful of other spells to utilize if you’re running an actual weapon in your main hand… There’s an absolutely dizzying number of combinations when it comes to your loadout.

As a mage, your greatest strength is your ability to have a variety of spells ready for any given situation, and these are simply some of the tools we found useful in Elden Ring’s expansive arsenal. Whichever spells you choose to make use of, just remember: any point spent in vigor is a point not spent in intelligence.