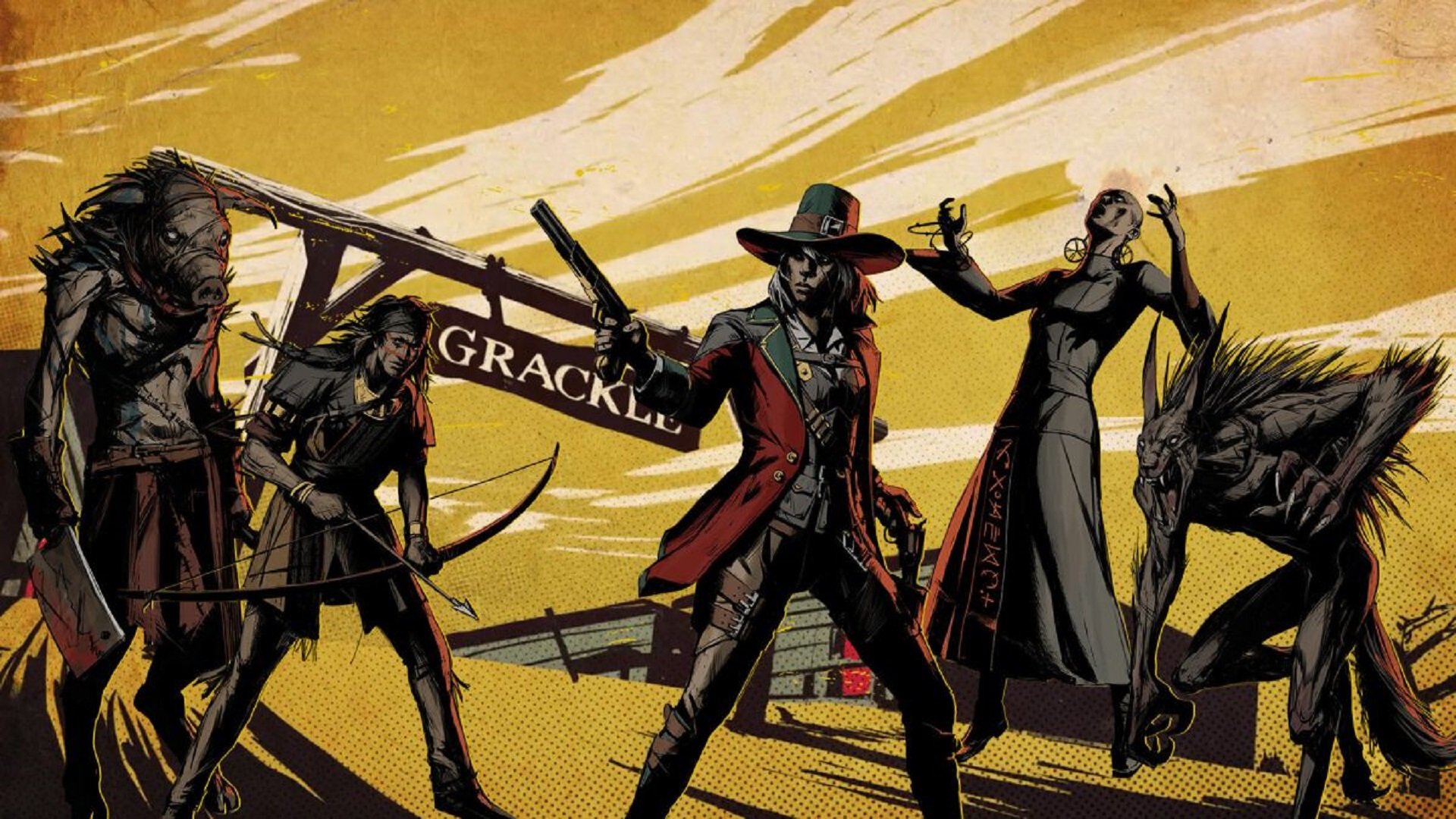 Playing Weird West, the new game by fledgling studio Wolfeye and renowned publisher Devolver Digital, is like reading the Spark Notes version of an amazing story; there is so much to love about it conceptually, but the experience itself is stale and devoid of feeling. It’s a tragedy too, considering the pedigree. Not only did the founders of the studio work on classics like Dishonored and Prey, but the creative Director, Raphaël Colantonio, created Arkane Studios. The creative talent behind Weird West is staggering. It’s shocking, then, that the actual game itself is so amateurish as nearly every aspect of its final product feels undercooked, apart from the world-building.

The world of Weird West is fascinating and it makes a good first impression with a unique, ingenious setup reminiscent of the mind-bending plot of Prey. In this game, you play as the Passenger, a being who is taking part in a ritual that involves possessing people and living life through their eyes. To be exact, as the passenger, you possess five individuals over the course of the story. You do not hop between bodies arbitrarily, however. Rather, you move through them linearly, seeing their individual stories through to their conclusion then moving on to the next journey. This conceit has immense potential and it is slightly realized in Weird West. As you move through each tale, you see the world from a completely different perspective, sometimes even from the side of the faction you were fighting in the previous journey. This allows for the world to gradually unfold, each prior context enriching the next.

A big part of the world’s allure comes from the factions, all of which are worth getting to know. From the pious Absolutionists, who raise armies of Werewolves to battle the occult, to the chimera-like Pigmen who are turned into monsters for their past sins, each group compels and deserves intimate engagement. Unfortunately, it’s all a tease. Weird West sets up this wonderful world with its numerous readables and evocative lexicon (the array of colloquial expressions in the game is impressive, saying “put them below snakes” in place of kill them is my favorite) but then does nothing with it. And when I say that, I mean it really feels like nothing happens.

There is a plot with each faction and a multitude of side-quests but none of these stories ever involve any meaningful character interaction or tension. I could give numerous examples but the most egregious one involved uncovering a conspiracy. During one of the journeys, I discovered that the head of my order had not only been lying to me and everyone else but they themselves were being duped. Everything I had done up to that point in this specific journey had been based on a fraud. It should be a big deal. Yet, I couldn’t tell anyone about it, not even a character who told me she had been my best friend since childhood and is a part of the same order. There are a couple of ways to deal with the situation, either joining the conspiracy or killing those involved, but none of these options feel real or grounded. The dialogue is so minimal, the characters so beholden to the plot, that it basically amounts to just shooting generic enemies who happen to be wearing different clothes.

That is to say, Weird West technically has a plot but it doesn’t feel like something you’re making happen. It’s so bare-bones, it feels as though it’s being told to you, second or even third-hand. Like the character I mentioned who says she’s been friends with me since childhood, her closeness to me is just stated as such, it’s never shown in any kind of actual interaction.

Weird West is billed as a deep immersive sim where you can do just about whatever you want, and while that is true, in a manner of speaking, none of it matters. Regardless of which route you take, people essentially respond to you the same. Sure, some groups may become aggro around you while others do not but that’s it. The dialogue people have with you often just repeats with NPCs only having unique lines when you first meet them or when they give you a quest.

It’s possible to create a posse and recruit two other characters to join you, but again, they do not feel like actual characters even when they’re billed as protagonists. For instance, it’s possible to recruit the characters you played as in prior journeys to your posse. This should be awesome with the characters discussing the implications of being possessed, but they never talk about it. They do not even get pissed at you when they know you’re possessing someone at that very moment. In fact, outside of the initial dialogue when they join your party, which is often only a few sentences, they almost never say anything. The only time a character in my party actually had unique dialogue was when Across Rivers, the Native American you play as in the third journey, asked me to kill some bandits looting graves. And that was the entire conversation. We killed them and that was that. He never talked again until I tried recruiting him on my last journey: he spoke, maybe, three sentences.

Compounding these problems is the repetitive nature of the environments. Weird West touts a randomizer for its level design, like many a rogue-like, that changes with each playthrough. I’ve never been a fan of this kind of design as it tends to take away any intimacy: the levels become interchangeable rather than real, lived in places. And that is true here, worsening Weird West‘s lack of connection. That all said, despite lacking personality, the environments are well-designed and allow for some tactical ingenuity.

The gameplay in Weird West is competent and often enjoyable, but it’s not exceptional nor is it good enough to carry the experience. Gunshots land with a satisfying thunk and the unique powers of each character are fun to mess around with, but the action doesn’t ever really evolve or change. After playing a few hours with the first character, I’d basically done everything I would do for the rest of the game be it sneaking around enemies or using elemental effects to augment my guns. The levels and enemies may change in appearance but the way you engage them remains the same.

Some powers and some characters may lean into certain tactics more heavily, like stealth or melee, but you do a little of everything with each character so nothing ever feels fully new. This is compounded by the fact that the characters basically have the same exact skill trees with the only variation being four unique powers. These powers can be fun to use, like summoning a tornado or turning into a werewolf, but because the situations and enemies are all so similar, it does little to spice things up. Plus, the rest of the skills pertain to weapon classes and these repeat across all the characters, meaning you’re unlocking the same upgrades over and over.

Weird West‘s world, plot, and gameplay aspirations are all incredible. The ingredients are there for WolfEye Studios to develop a great game, truly. But, unfortunately, Weird West is not that game. Just like reading a Wikipedia plot summary, you can come away from Weird West with an appreciation of its broad ideas but it is a boring exercise, lacking any emotional engagement.