There are few more enduring and respected games in the history of mankind than chess. Its beauty lies in that it’s both accessible for newcomers and ridiculously nuanced enough to allow for endless advanced strategies for masters. In an eShop of over 200 games varying from shooters to sports titles to platformers, the classic strategic gameplay of Chess Ultra is a welcome addition to the spread.

As with many classic games, however, it’s not difficult to find chess online or on various mobile storefronts for free. There are expansive chess communities across several notable sites that offer deep analytics, notation options and host streams with professional players all free of charge. Why, then, should Switch owners pay $12.50 USD for a chess game? In this case, gamers aren’t paying for the actual chess of Chess Ultra–they’re paying for the meticulously-designed presentation and substantial feature list the game has to offer.

Chess Ultra has prided itself on being “the most breathtaking chess experience to date,” and I’d be hard-pressed to disagree. From the moment the game opens up to a stunning title screen that seamlessly showcases the different environments on display, Ultra never stops delivering a clean, polished experience. The UI is slick and streamlined, and the absolutely gorgeous soundtrack creates the perfect vibe for every match. Aside from the strikingly haunting realm of Gomorrah, each of the locations feels distinct and carefully crafted to come off as real and lived-in. Be it a cozy apartment with cups of tea and car keys set nonchalantly beside the board, or a regal manor where a match takes place in the den near a warm, crackling fireplace, the attention to detail here goes a long way in immersing the player.

Unfortunately, there are surprisingly slim pickings when it comes to core content. For as beautifully detailed as each environment is, there are only four of them in total. Similarly, there are just four chess sets available that are supplemented by different material options for a bit of variety (the ‘Blood and Cream’ option is an easy favorite). While the DLC from the PC version is on its way to Switch and there are promises of more environments and chess sets in the works for future purchase, it’s tough not to be disappointed that you’ll have to pay quite a bit extra if you want more than a handful of options. 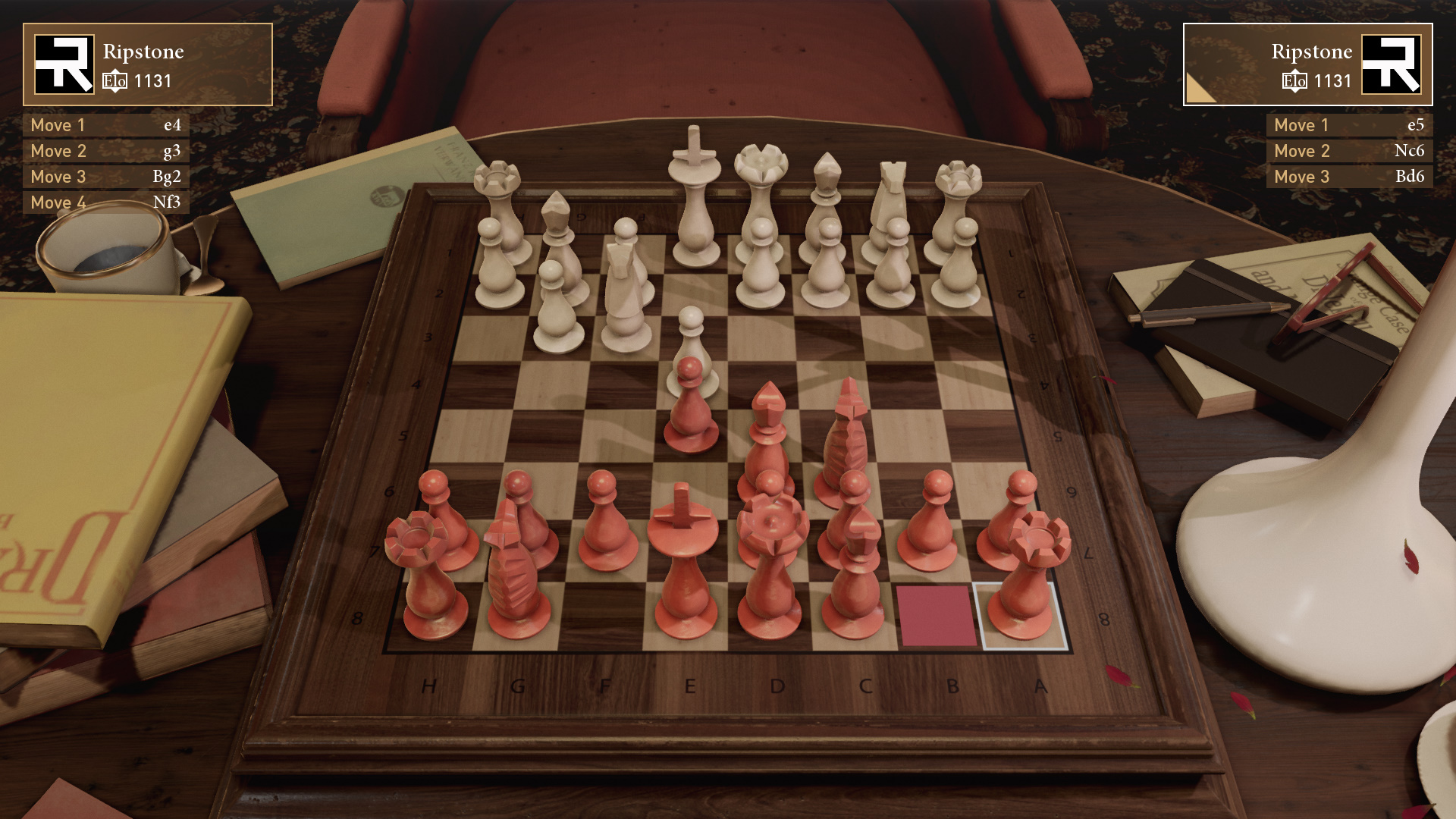 On the other hand, Chess Ultra is nearly stuffed full of features. The game offers matches against friends either locally or online, as well as online matchmaking and play against one of ten methodically-programmed computer difficulties. Additionally, there are over 30 different tutorials ranging from the basics of piece movement to more advanced endgame strategies. Though brief, each is interactive and does a great job of getting beginners acquainted with the game. Ultra also offers 80 different chess challenges for players to try their hands at, including 10 heavily researched historical matches. The bit of historical background before playing each game serves as a great way to both educate players and set the tone for just how monumental each match was to the sport.

Perhaps the feature most will welcome, however, is the Tournament mode. Ripstone itself runs seasonal tournaments that anyone can join, but players also have the option to set up their own tournaments between friends or people they’ve recently played online. These can be as large as 32 players or as intimate as four, and they’re incredibly easy to orchestrate and customize. 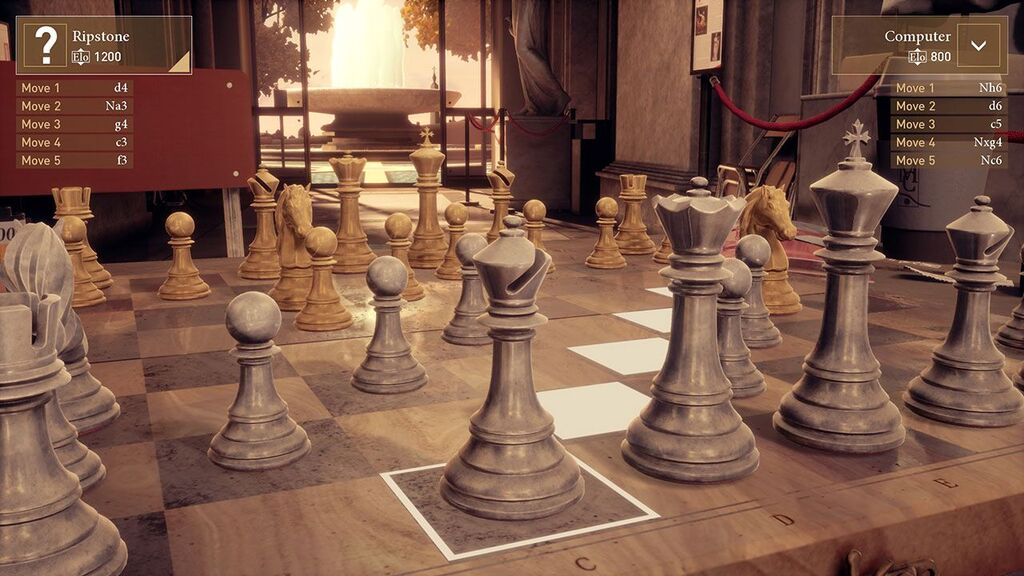 Several recent Switch ports have had to make small concessions, and Chess Ultra is no exception. Some Switch owners might be disappointed to see a noticeable downgrade in environmental and chess piece detail when compared to the other versions, but the game remains a visual treat nonetheless. The Switch version also lacks a notification system to alert players when an opponent makes a move. While the Steam version uses Steam notifications to do this, there’s no internal system that’s been built to supplement the Switch’s lack of such an option. This results in having to manually look at the in-progress match screen and trying to determine if anything has changed every so often. It’s an annoyance, but far from something that taints the overall experience.

Chess Ultra is ultimately a triumph as an atmospheric, streamlined chess game that both newcomers and experts can enjoy. The option to have the Switch act as a chess board and play locally with it set between players is a smart addition, as is the full touchscreen functionality. The Switch version also benefits from cross-play with the Xbox One and PC versions, hopefully making finding a match online significantly easier. As an overall package, it’s tough to not recommend this to anyone who loves chess or has always wanted to learn.