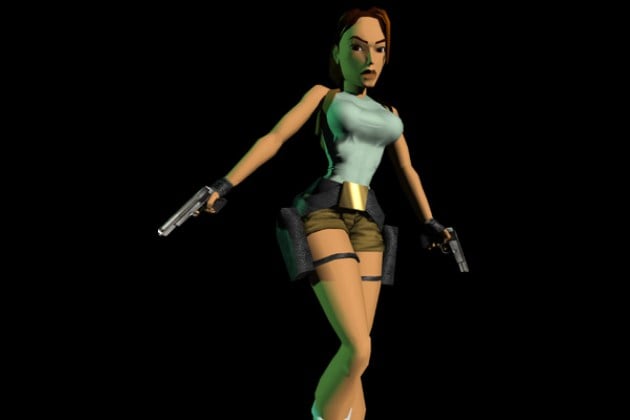 Editor’s note: Join us over the next two weeks as we look back at the most outstanding and influential games of 1996.

Amongst the many iconic franchises within gaming, Tomb Raider stands confidently. Fronted by the gun-toting, treasure-hunting obsessed heroine Lara Croft, the series has spanned over two decades (with Lara’s very first adventure being unleashed upon the world in 1996).

In recent years, the franchise has seen something of a rebirth, with a firm departure from the linearity of Tomb Raider‘s typical globe-trotting tomb exploration, and a radical shift toward a survival-themed open-world sandbox, accompanied by a grittier and more life-like iteration of Lara. This alteration has been largely well-received by both fans and critics and has no doubt resulted in a wealth of wonderful gameplay for many gamers the world over. However, it has also sacrificed one of the things that resulted in Lara’s adventures being so damn fun, to begin with: linearity.

Often a word used negatively, linearity has plagued many games, from Final Fantasy XIII, to The Legend Of Zelda: Skyward Sword. However, whether or not the implementation of linearity can be considered a positive or negative practice is subjective to both the game, and the player, in question. A linear and non-open world experience may lead to a more concise and focused narrative and gameplay pace, for example.

Negatively, however, this could potentially result in monotony via its encouragement of repetition and removal of specific player freedoms. Whilst certain games, such as Resident Evil 4 and Portal, benefit immeasurably from their stupendously utilized linearity, other games would be lost without their non-linear dynamic, from Persona 5 to The Legend Of Zelda: Breath Of The Wild. Of course, another game franchise that can arguably fall into this same ‘linear is good’ category, is (you guessed it) Tomb Raider.

The latest two entries within the long-running Tomb Raider franchise, the 2013 self-titled reboot, and its 2015 sequel, Rise Of The Tomb Raider, both embrace open-world non-linearity styles of gameplay to revitalize the franchise after the generally positive but slightly bland reception of 2008’s Tomb Raider Underworld. What this results in is two great Lara Croft adventures that offer a heavy focus on being at one with your environment, making efficient use of its every nook and cranny to survive all manner of threats, from bears, to armed soldiers, to nature itself. As thrilling as it is, however, it comes at the loss of environmental variety and focus.

Prior Tomb Raider offerings presented players with a plethora of exotic locations, based in a multitude of countries from all around the world. One chapter would see you exploring a frozen military complex in Kazakhstan, whereas its following chapter might be in a predictably rainy England. With the omission of open-world gameplay, which requires a cohesive, connected environment, Lara has the ability to travel the planet at light speed via the assistance of nothing more than a brief cutscene.

With Tomb Raider and Rise Of The Tomb Raider’s nature-driven sandbox, on the other hand, players are free to roam the large open spaces at their leisure, but are unfortunately confined to a far smaller pallet of environmental variety than classic Lara ever was. In short, Lara’s latest outings still manage to dazzle with their expansive environments but suffer due to many of said environments simply lacking the excitement of rapidly hopping between the jungles, mountains, deserts and cities of earlier franchise entries.

Linear Tomb Raider, whilst not without its faults, better lends itself to the ‘chapter select’ format, which in turn effortlessly allows for Lara’s jaw-dropping world tour to take place without the confines of non-linear, open-world environmental connectivity. Each and every player’s personal preference on the format of the Tomb Raider series will differ, but many can agree that both Lara’s classic and modern outings have all boasted a bundle of merits.

Whether Ms. Croft continues braving the harsh wilderness of her realistic reboots, or decides to resume her linear exploration of the exotic tombs she was once known for, it is safe to say that gamers from all walks of life will be enthusiastically along for the ride with her.