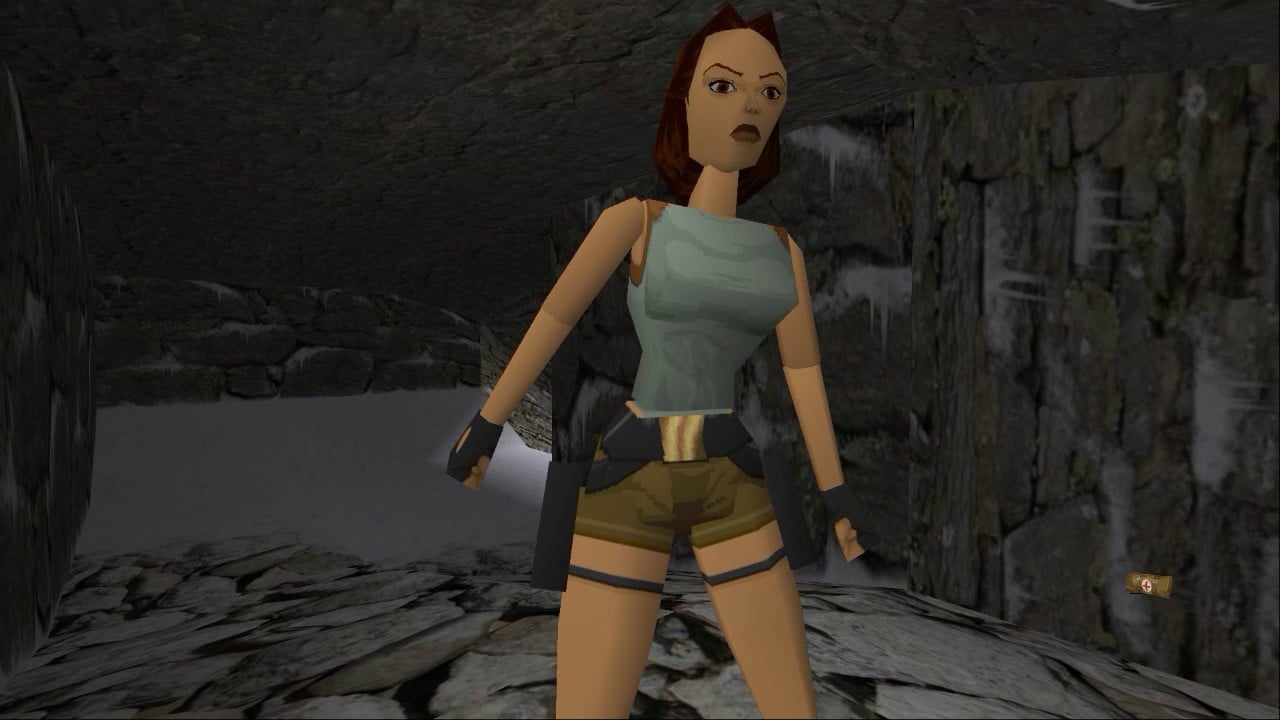 Editor’s note: Join us over the next two weeks as we look back at the most outstanding and influential games of 1996.

1996 brought us Tomb Raider, and with it came Lara Croft. She was an archaeologist, an adventurer, a fighter, and, crucially, a woman. Though not the first, she quickly became one of the best selling and most recognizable female video game protagonists, and remains so to this day.

Lara’s been influential in many ways, but she’s unsurprisingly been a particular touchstone when it comes to discussions of women’s portrayal in games. Moreover, she’s a symbol of the fundamental and ongoing complexity of important topics like representation and sexualization.

Lead designer Toby Gard created Lara to counter what he saw as the reductive common roles for women in games. But her status as a pioneer for a new approach to female characters was quickly undermined. Originally Laura Cruz, she was changed to fit a British back story rather than a South American one, and her clothes and unlikely proportions quickly turned her into a sex symbol. Critics asked who she was supposed to appeal to, and how, suggesting that her design was more likely to make male players want to protect her rather than identify with her. They questioned this double standard when compared to male characters and the underlying assumption that it was straight men who would be playing the games.

Nonetheless, Lara was celebrated as a breakthrough by many and it was hoped that her success would lead to more female protagonists in games. Yet the issues brought up around her debut persist today in games and wider culture. While she has certainly been followed by a string of prominent gaming heroines, there has never been anything approaching parity with male numbers. Plus non-sexualized women, and women of color, remain few and far between.

Even Lara herself has not broken free of these problems. The 2013 Tomb Raider gave her character an update, shifting somewhat away from 1996’s sexualized Indiana Jones-alike to a more emotionally complex, somewhat better-dressed, and approaching a realistically proportioned woman. But she spends much of the game injured, alone, and taking instructions from male characters via walkie-talkie.

It was the same concern that came up in 1996: aiming for protection over projection. And in this case it wasn’t only critics and concerned female players who were bringing it up – it was explicitly stated by executive producer Ron Rosenberg in an interview with Kotaku.

This is less of a legacy than a stagnation. The 1996 Tomb Raider was pioneering in its difference; 2013’s was stuck in the same out-dated mindsets.

Of course, the reluctance to experiment with a relatable Lara comes from the huge financial success of the existing formula. The Tomb Raider reboot became the best selling installment in the franchise. Yet game developers and producers still often fear that having a leading lady will mean reduced profits. For example, when pitched Horizon Zero Dawn, Sony’s head of worldwide studios, Shuhei Yoshida, was “nervous.” “Is it risky to do a female character?” he asked.

It wasn’t – Horizon went on to become the best selling first party new IP on the Playstation 4 – but considering the decades long profitability of the Tomb Raider series (and numerous other female-led games), it ought not to have been so concerning in the first place.

In other words, what might have been a much more influential legacy for Lara Croft has been constrained by ongoing fears about giving women leading roles. We can only speculate how many Tomb Raider inspired games have been nixed by nervousness like Yoshida’s, not to mention the lack of marketing budget given to games with female protagonists that makes this kind of thinking a self fulfilling prophecy.

Conversely, modern Tomb Raider could take a note from Horizon Zero Dawn’s protagonist Aloy when it comes to the appeal of a self-reliant and relatable female protagonist. Well written women can be identifiable for players of any gender, and besides, beginning with the assumption that a man is playing excludes many potential customers.

Overall, then, Lara’s legacy is one of slow change. She might have lost her short shorts, but she hasn’t been able to overcome the industry’s more pervasive problems. Nonetheless, she remains personally important to many women for whom she was the first reflection of themselves in games, as well as being important point of reference for the industry as a whole, and a worldwide cultural icon, from 1996 to today.

Were ‘Pokémon GO’ Raids Really Worth the Wait?

An Interview With Dylan Cuthbert – The Man Behind ‘Star Fox 2’

Jay is a freelance games writer who loves inhabiting digital spaces in all their forms and being constantly surprised by just how weird and wonderful games can be. Most of the time, she can be found posting pictures of her dog on Twitter.