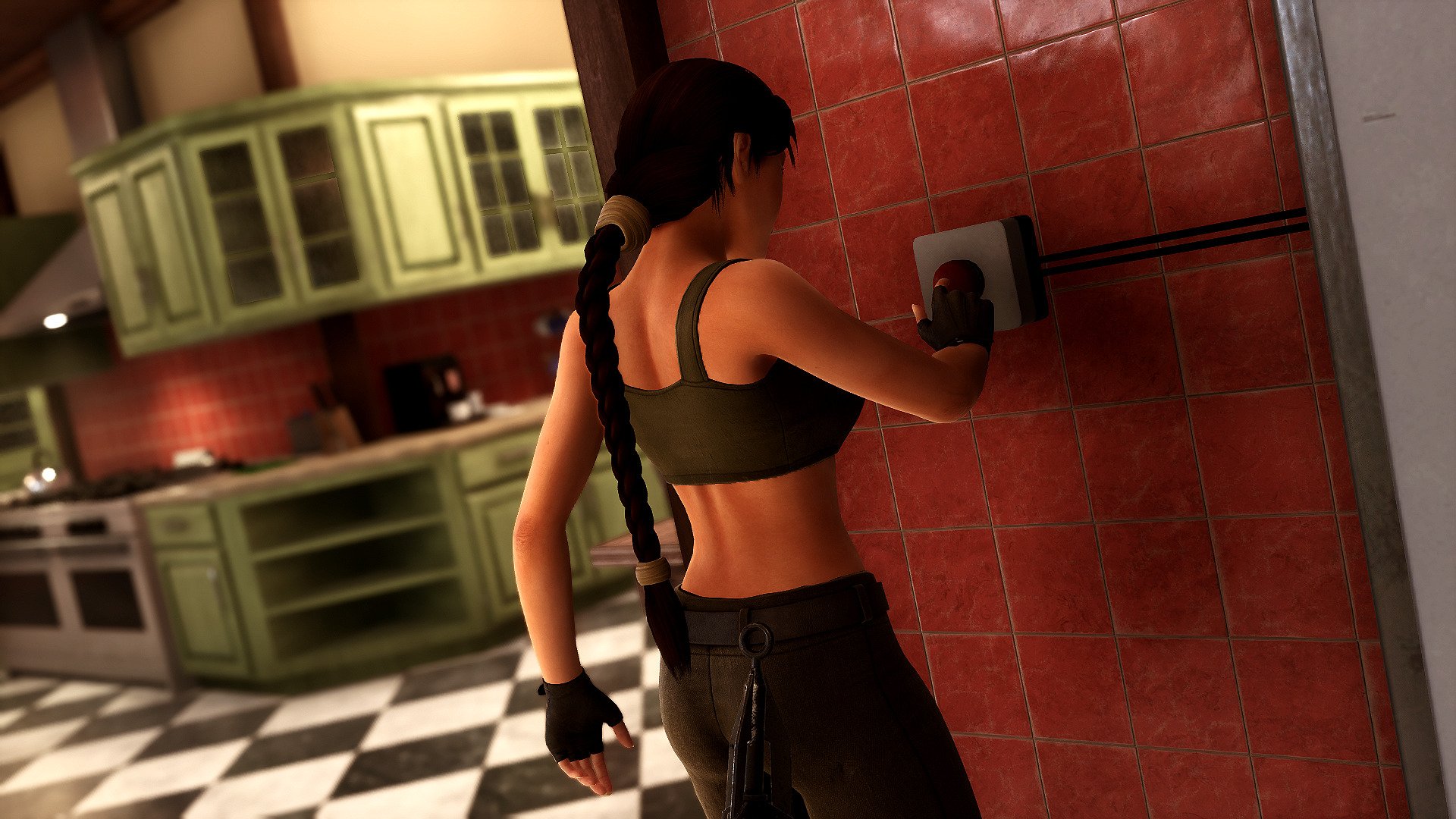 When it comes to video game fan projects, the remake of Tomb Raider 2 by Nicobass is one that has been around for a significant amount of time. More than five years in the making, this remake is a gargantuan project that looks set to completely remake the 1997 PlayStation One classic Tomb Raider 2– one of the best received titles in the series-and the progress has been incredible so far. Nicobass-the creator of the remake- recently posted some new images on their Twitter and the nostalgia they evoke is real.

This is my contribution for the TR3 month, even if it’s from my TR2 remake, many elements of the Croft Manor like the quad bike race are directly inspired by TR3@MeaganMarie @tombraider #TR25 #TombRaider pic.twitter.com/SDMMOG8ynd

The images Nicobass posted are of Lara on her quad bike and standing in front of Croft Manor. I remember when I was little I would spend hours just running around the obstacle course because I wasn’t very good at the main game. I would also do the obligatory locking of the elderly butler inside the walk in freezer as I- much like you, dear reader- am apparently a heartless monster with no respect for the elderly. The video game elderly, at least. These images perfectly represent what a good remake should do: it reminds us of the original and why we loved it so much but it also brings a new and contemporary twist to the source material that revitalises it and brings it into the ever evolving world of modern gaming. You can see the dust rising from the ground as Lara rides her quad bike and the intricate detailing of the brickwork on the front of Croft Manor. I have never been more surprised by what dedicated fans are capable of than I have been with what I have seen of this remake. As a gaming nerd who spent many an hour on the game in my childhood, I can safely say that this is mind blowing stuff. I genuinely enjoy the new Tomb Raider games but I have to say that Crystal Dynamics should seriously be taking notes from Nicobass and their team.

This fan remake is quite frankly one of the most impressive pieces of fan-made content that I think I have ever seen. The attention to detail is insane and the respect for the original 1997 game is apparent in every single aspect. It is no surprise that this project has been in the works for so long as it is clearly the product of hard work, time, effort, dedication and a strong passion for the Tomb Raider series and its iconic protagonist Lara Croft. There is even a playable demo- a recent addition as it was only released two months ago in February- as well as a comparison video between the original Tomb Raider 2 and this remake- courtesy of YouTuber PlayGround-, both of which I will link below.

Make sure to check out Nicobass on Twitter as well as the official website for the Tomb Raider 2 remake here. Have a watch of PlayGround’s comparison video above and to have a taste of the fan-made remake for yourself on PC, you can download it for yourself here.