Throughout the entire Microsoft press conference the previous day, there was a constant sense of wonder and mystery with Square Enix games. The company continued to show off their games at Microsoft’s conference, so it felt certain that their heavy hitters were going to come out during their own conference. That wonderment certainty crumbled away once the end of the conference came along and there was next to no information on Square’s biggest promises — namely the Final Fantasy VII remake and untitled Avengers game — and even the games that could have used more of a spotlight was snubbed out and disappointingly presented.

Shadow Of The Tomb Raider 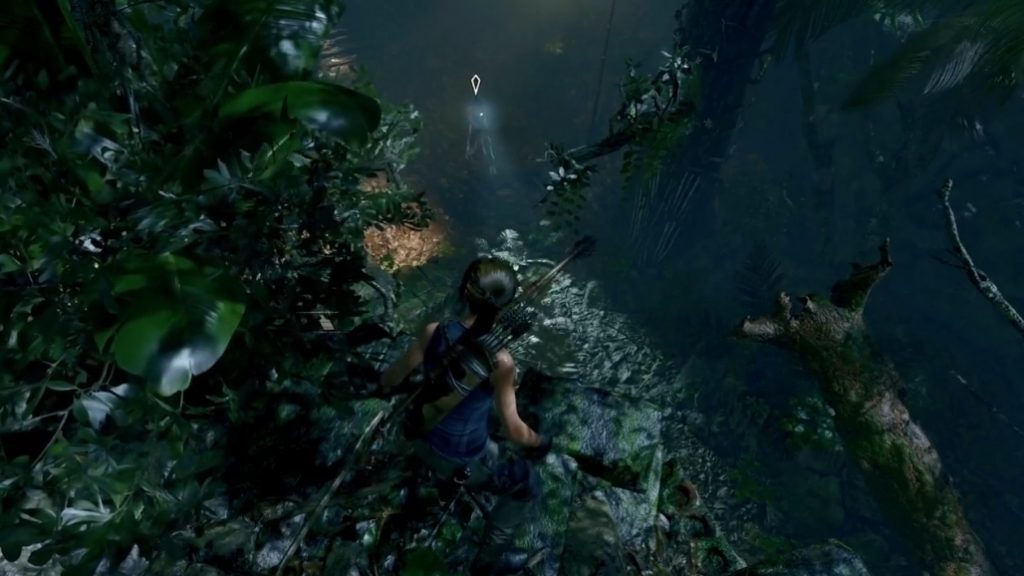 The first game on the docket was the brand new Shadow Of The Tomb Raider, which got a full gameplay reveal for the first time. A demo in which Lara Croft is stealthily avoiding enemies in a jungle was played, showing off the games stealth-based combat in which the player can hide in bushes or against greenery in order to remain undetected.

The gameplay looks fun and dynamic, with the ability to utilize surrounding environment against your unsuspecting enemies being a nice addition to make the game feel fresh compared to others in the genre. From a visual perspective, Tomb Raider also looks fantastic and was easily one of the most exciting games that Square showed off in the entire conference. 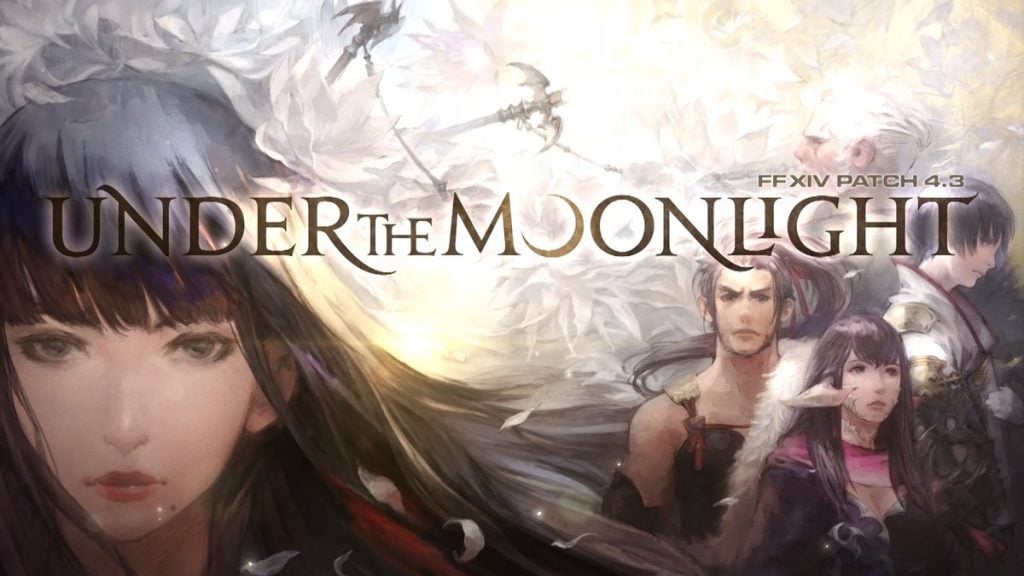 The only signs of any Final Fantasy in Square’s conference, FFXIV is getting a brand new expansion patch titled Under The Moonlight. The teaser didn’t go into much detail as to what the patch entailed, but fans of FFXIV are sure to get a substantial amount of content given that the patch was named. There was also the announcement of a brand new Monster Hunter World’s collaboration, which is slated for this Summer.

Personally, I know very little about FFXIV aside from the word-of-mouth from people I know who are addicted, so new content for the game is always a good thing for current fans and those on the fence about it.

The Awesome Adventures of Captain Spirit 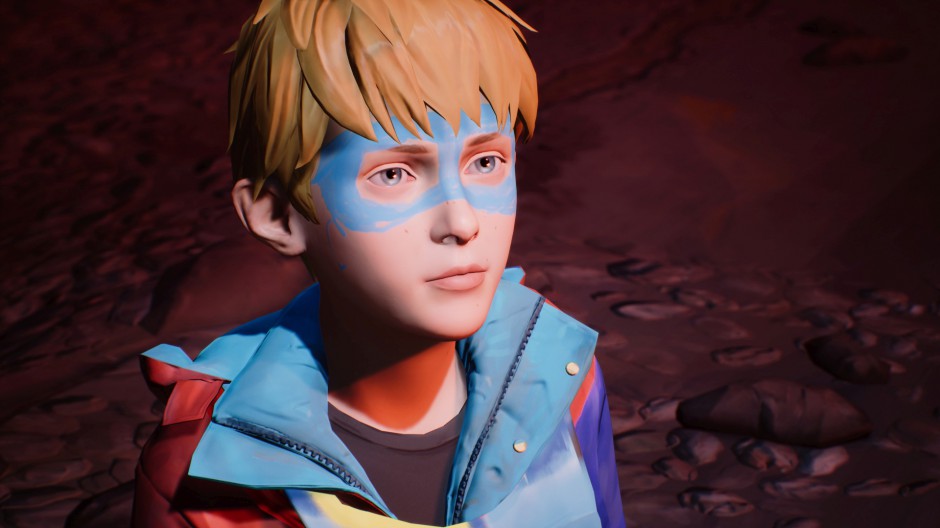 During the Microsoft conference, Dontnod Entertainment unveiled a brand new game set in the Life is Strange universe. Today, they showed off a little more of the game and teased as the fact that this game will have secrets that directly tie into Life is Strange season 2, which is likely to also be its own story separate from the events of the first. This game starts the trend of ‘games Square Enix should have saved for their conference’, as this would have been an incredibly pleasant surprise to see from Square themselves rather than Microsoft.

The game itself looks extremely charming, with the main lead having that childhood vibrance and active imagination many folks had when they were growing up. It’s a brand new take on the Life is Strange universe as well, and it’ll be interesting to see if each installment of Dontnod’s franchise will touch on a different aspect of growing up and the journey to adulthood. 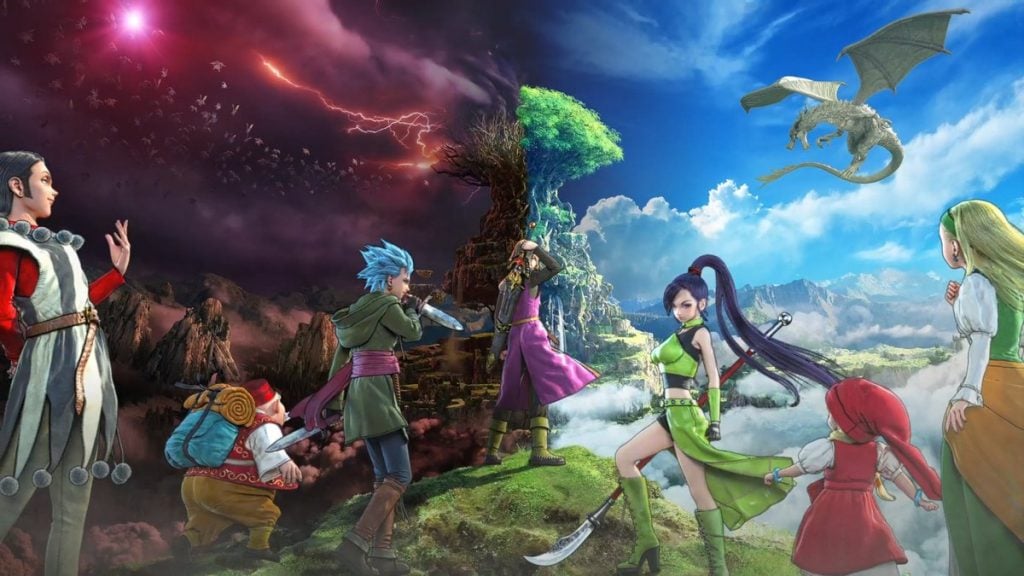 Dragon Quest fans can rejoice as Dragon Quest XI: Echoes of an Elusive Age is getting localized and released very soon. The trailer that was shown was rather meaty in content, with plenty of story and gameplay being shown off throughout. The game looks fantastic, and players who are on the fence might be delighted to hear that it has already received critical acclaim over in Japan by various reviewer sites. Dragon Quest XI is one of the most exciting titles in the entire conference due to how close the release date is along with the acclaim the Dragon Quest series as a whole has garnered over the years.

Babylon’s Fall (and a bit of NieR) 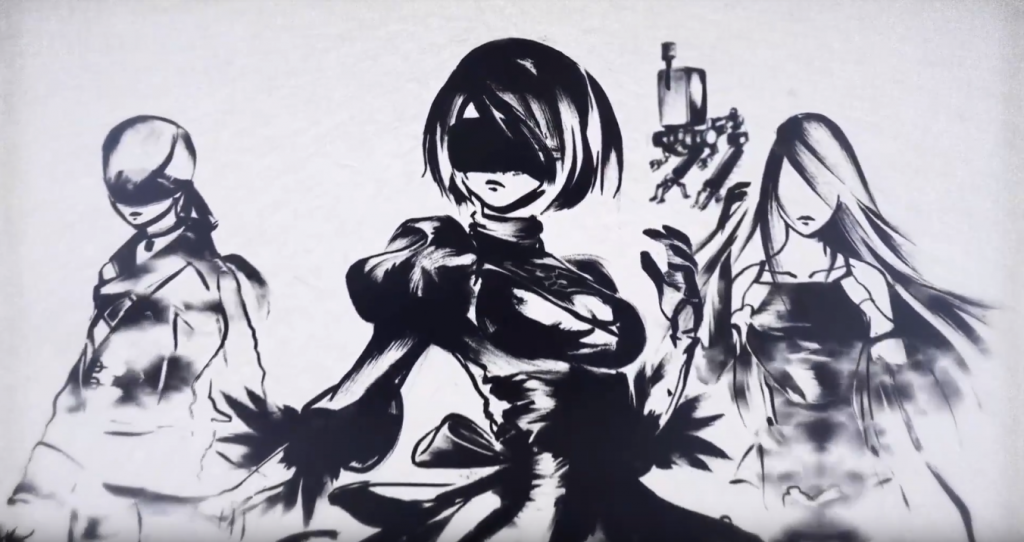 Following the cancellation of Scalebound and the massive success of NieR: Automata, all eyes were on Platinum Games to see what they will create next. What they have come up with is a medieval adventure. Not much can be derived from the trailer aside from the setting — cursed CG trailers — but what was shown looks to be interesting and an incredible departure from Platinum Games’ more high-octane origins.

Along with Babylon’s Fall, Square also reminded gamers that NieR: Automata is coming out on Xbox One. The trailer was the exact same trailer as the one shown at the Microsoft conference, so why they didn’t show it only once is beyond me. NieR: Automata was one of last year’s biggest titles, however, so more gamers being able to play through the masterpiece is always a good thing. 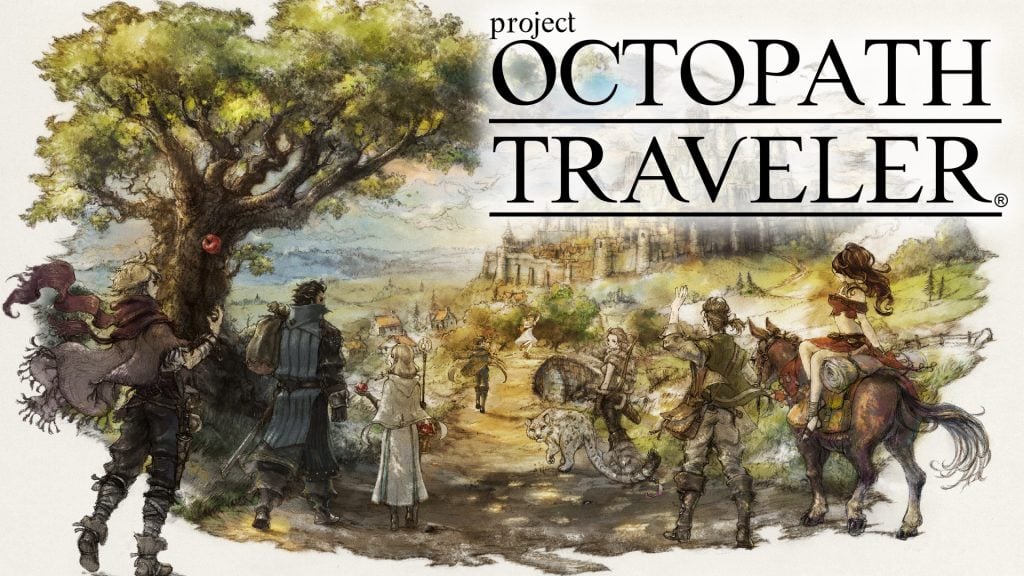 Perhaps the most redundant game of the bunch to be shown off was Octopath Traveller. Octopath is shaping up to be a fantastic RPG, with everything from the visuals to the combat looking to be some of Square Enix’s best in years. That being said, the game releases in a month and has been covered extensively already. What was shown in the trailer wasn’t particularly new or game-changing, so it’s confusing as to why they prioritized Octopath aside from reminding gamers that it is coming out soon. 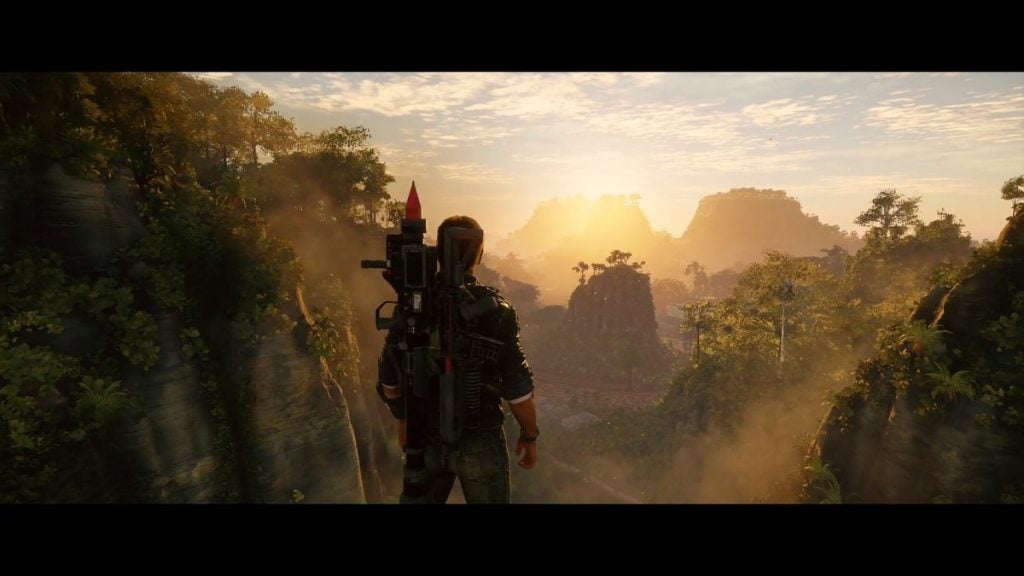 Leaked prematurely by Steam of all places and then shown off at Microsoft’s conference, Just Cause 4 looks like more of the same chaotic fun that the previous titles had in spades. New additions such as an improved tether and extreme weather conditions look to further the destruction all throughout the brand new map.

There was also an emphasis placed on refining systems such as driving and adding more to explore, so perhaps these systems will be a key component rather than gliding all across the map like in the previous title. Just Cause 4 releases surprisingly soon, with the game slated to release in December of 2018 and looking like it’ll be a bunch of dumb fun. 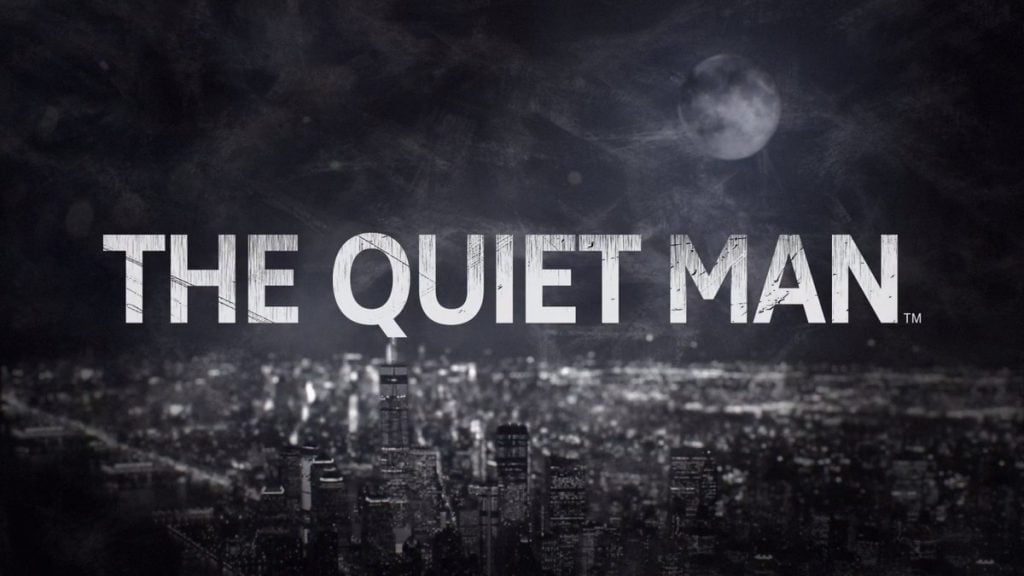 The most mysterious title revealed throughout the conference was a brand new title, The Quiet Man, which received a teaser trailer and not much else. The Quiet Man teaser takes place in a back alley, where the main protagonist reveals they are deaf and promptly kicks the crap out of some thugs who he seems affiliated with.

The concept of a deaf character in a beat-em-up is incredibly interesting and unique, as not many disabled protagonists exist in video games as a whole. If Square Enix pulls this off in an immersive and creative way while respecting the deaf community, then it could be seen as both a fantastic game and a step in the right direction for more diverse protagonists in the future. 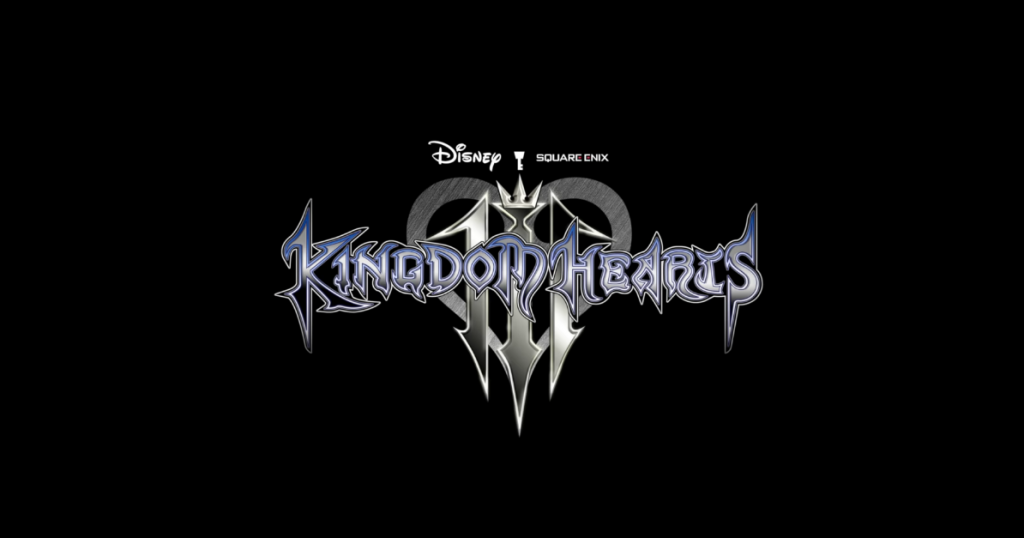 By far the most hype game that Square has in their arsenal, and one of the most anticipated releases in 2019, Kingdom Hearts III is always a wondrous sight to see. It’s unfortunate that what we did see was an almost identical trailer to the one shown off yesterday at the Microsoft conference. What little changes there were to the trailer were insubstantial, and there was no brand new gameplay shown. The trailer was all we got for KH3, which is doubly disappointing as it would’ve been great for Square to have a segment dedicated to the game to make up for the lack of FFVII or Avengers.

It’s a shame that most of Square Enix’s big hits were revealed during the Microsoft conference since there were a lot of great games revealed and wonderful trailers that would’ve made the overall conference much more memorable. The conference itself would have still been rather disappointing, however, due to the lack of any real substance for any of the titles. None of the titles stayed on stage for more than 5 minutes or so, and the most anticipated titles didn’t even show up. Had they put more focus on their flagship games, then it could have been better received. As it stands, Ubisoft had the worst conference of E3 and there was unfortunately not much of note to take from their event.