The free weekend has come, and gone, with hundreds of thousands of new players joining the noble cause that is Overwatch. Since it’s not just any old shooter, understanding how to react, adapt, and control threats with the heroes at your fingertips is absolutely crucial on every single map. Here are some tips for new players, from a new player, about things to keep in mind when delving into this diamond-studded gem.

In every shooter ever produced, most new players are scared of making their first deaths quick ones. Whether you like it or not, Overwatch will likely make them quick for you. How it happens is irrelevant really, because once it does: freedom awaits. When you escape the idea that respawn times are limits, every game mode, and map played becomes a frantic, blood-pumping firefight rather than an overly-cautious solo operation.

With a grand total of 23 heroes, or anti-heroes, to explore, the selection roster leaves players with a sense of bewilderment as they try to desperately find one that fits their play style. Not to worry though, as trying new, shiny heroes that you’ve never played before is almost recommended. With a shooting range, and a ‘custom’ game setting, you’ll have all the practice you need to try out, and possibly master, the interesting characters that have specialist skills, or move sets. 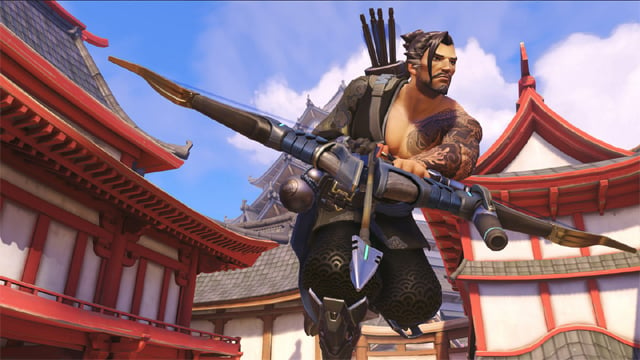 Tip No.3 – Change character based on what mode you’re playing

This matters. In fact, it has never mattered more. In Team Fortress 2 players can get away with playing classes that don’t conform with the type of mode they’re playing (e.g, Scout on defense point). But not here, because going against the grain means trying to use a hero that simply isn’t designed to tackle the problem you’re trying to make them defeat. While using Bastion to attack is all well and good, perhaps your team needs a tank, or a more offensive, aggressive attacker. Being flexible here really pays off in the long run, as it can mean the difference between victory or defeat.

Never before has a game tried so very hard to make their player base pay attention to teamwork in multiplayer. To aid in this close knit 6v6 combat, as players are selecting their respective heroes of choice, the menu will warn an entire team if they’re focusing too heavily on a single aspect of assault. “No tanks”, “no healer”, and “too many offensive heroes” are just some of the many, many tips that the in-built tutorial system can warn you, and your squad mates, of before the match even starts.

Tip No.5 – Try to understand the enemy’s mindset
If you’re a new player, and you’re playing against similarly lower level players who have only just picked up the game (which is more than likely), then try to channel your inner psychic. Imagining how an enemy team tries to take a point, and lock one down is a highly useful skill to have in your cap. As this allows you to predict what comes next, meaning you’re suddenly the one calling the shots, trying to direct your other teammates towards a certain area, or away from one.

There’s no shame in practice, and Blizzard knows this. Because each character is so unique in how they play in a team, against other copycats, and on their own, a separate addition of offline modes are available for anyone to indulge in at their leisure. Playing with AI on any difficulty allows players to gauge how comfortable they are with a hero’s abilities, and leaves loads of room for improvement over the course of multiple games. Sticking it on Hard mode also gives new players an idea of what to expect from competitive play, a mode that has made Overwatch infamous. 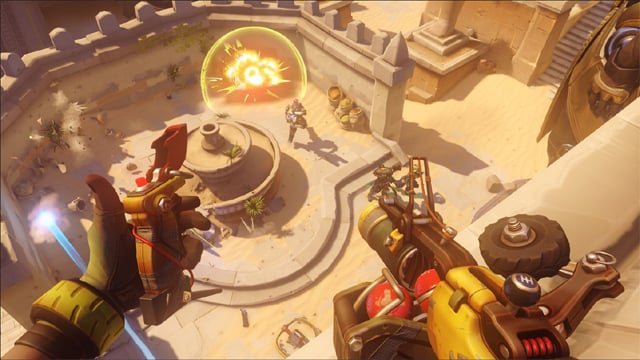 Tip No.7 – Understand your character’s role

This is paramount. Knowing the limitations of your chosen hero is possibly the most vital thing about this entire game. If you try to misuse a hero, or attempt to do something that they’re not meant for (like using Widowmaker to try and tank) then it will spell disaster. Skill factors into how heroes can be played naturally, but at a low level match where everyone involved is just getting to grips with the mechanics, it can mean everything. Thankfully, the game comes equipped with handy icons above the hero selector, that show what that particular character is best deployed for.

Unless you’re actively jumping into competitive matches straight away (and if that’s the case, good luck) then there’s nothing to be lost from getting beaten in matches. Overwatch knows that it caters toward the serious, and casual sides of the gaming market. Because of this self-awareness it makes the game able to feel serious, and not at the same time. The one thing to keep in mind is that everyone is here to do the same thing you’re doing: enjoy playing.