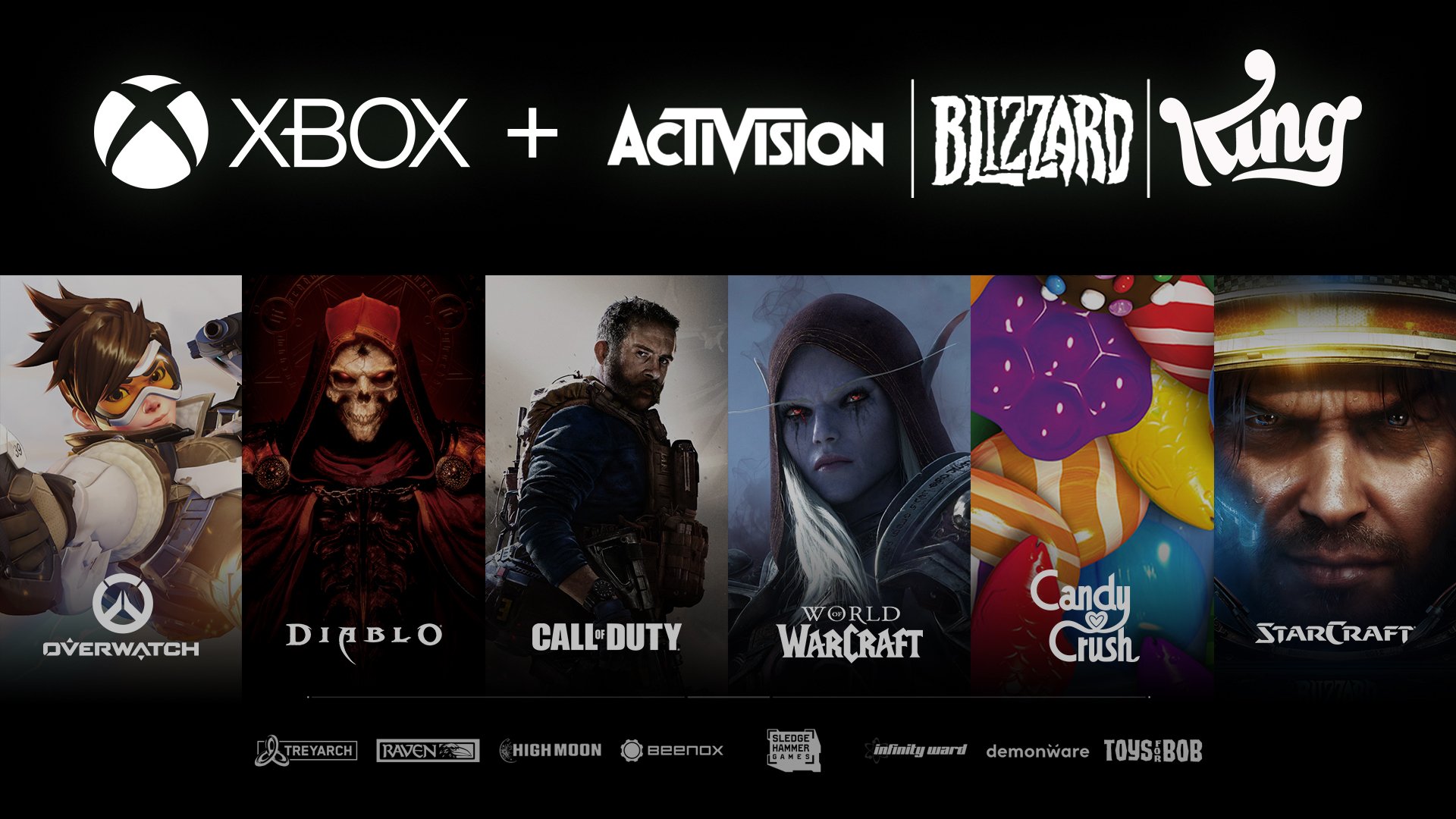 Last week Take Two Interactive announced their intention to acquire Zynga, an acquisition that was, to date, the largest in the history of the gaming industry…and Microsoft seems to have taken that personally. After their acquiring Zenimax in 2021 everyone thought that Microsoft was done spending, we thought wrong. Yesterday Microsoft announced via the official Xbox Twitter account that they would be acquiring Activision Blizzard along with all the development studios under that umbrella. Naturally, this acquisition comes with monumental implications for the industry at large and leaves audiences with some pivotal questions.

Microsoft’s announcement details the acquisition of one of the world’s largest video game publishers. The transaction will come in the amount of $68.7 billion making Activision the new largest acquisition in Microsoft’s portfolio. It has also been confirmed that throughout the duration of the transition Activision’s Bobby Kotick will remain in place as Activision’s CEO, but after the transition is complete Activision’s executive team will report to Phil Spencer as CEO.

To quickly address the elephant in the room: after the allegations of horrendous misconduct at Activision Blizzard that came to light in 2021, Goomba Stomp opted to cease all coverage of Activision games or news developments. We stand in solidarity with victims of misconduct and urge everyone to pursue truth-based justice in any scenario. Of all the possible outcomes that could come of this acquisition, Microsoft cleaning house and creating a clean slate for the development teams to build a new reputation in a safe working environment is the one we hope for the most.

Throughout the eighth generation of consoles, it is estimated that Microsoft sold roughly 55 million Xbox Ones which was dwarfed by Sony’s massive 115+ million PlayStation 4’s. Obviously, there are other players in the market but for the sake of simplicity, we will be evaluating the market as though Microsoft and Sony are the only two firms in competition. Assuming a total of 170 million consoles sold (Microsoft’s 55 million, plus Sony’s 115 million) Sony’s market share accounts for 67.64% of the market while Microsoft’s only accounted for 32.35%. In this admittedly limited evaluation of the market, the Herfindahl index would be roughly 5,622. If the acquisition of Activision leads to more people buying Xbox’s and the market share between the two more closely approaches parity, assuming a 50/50 split the Herfindahl index would be 5,000. As the Herfindahl index naturally decreases a more competitive market is indicated.

And just how would Microsoft go about turning the Activision acquisition into console sales? While we may not like it, stereotypes exist, and in some cases those stereotypes are accurate. A huge portion of the console market falls into the casual gamer that plays Call of Duty and Madden every single year and nothing else segment. The prospect of Call of Duty becoming an Xbox console exclusive would give all those casuals in the frat house no other choice than to buy an Xbox. And those people aren’t the only ones playing Call of Duty, since the start of the eighth generation Sony has maintained a highly lucrative contract with Activision presenting PlayStation as the best place to play the best-selling franchise. Outside of Call of Duty the acquisition brings several more family-friendly franchises into the fold as well. While the continuation of Spyro the Dragon, Crash Bandicoot, and Tony Hawk all under the Xbox banner may seem sacrilegious, under Phil Spencer’s leadership I feel confident those series will continue for years to come.

Finally, how will Sony respond? Anyone that tells you that Sony doesn’t need to respond to this move is also almost certainly also trying to sell you a bridge. While some are speculating that an acquisition on the scale of Square Enix or Capcom would be an adequate response effectively securing Final Fantasy or Resident Evil respectively as platform exclusives, Sony’s recent behavior leads me to believe that they won’t feel pressure to respond at all. After the success of the PS4, the Sony that openly tells its customers to get a second job to afford their console is back in force. Since the unveiling of the PlayStation 5, Sony has lied about Final Fantasy 16 being exclusive and they have clearly attempted to obfuscate the fact that Horizon Forbidden West and Spider-Man Miles Morales would be coming to PS4 and that Knights of the Old Republic would eventually be coming to Xbox. Sony’s success has led to the same hubris that caused the PS3 to struggle against the 360 and the Xbox One to struggle against the PS4, it’s a natural cycle and the current market leader hasn’t given us any reason to believe they will be bucking the trend.

Ultimately the acquisition of Activision will be a great thing for PC and Xbox gamers, and while it may be more painful in the short run for PlayStation gamers it will lead to more competition. The Xbox 360 being competitive is what led to the golden age of PS4 exclusives like Horizon Zero Dawn, God of War, Spider-Man, and Ghost of Tsushima. It may have cost Microsoft a colossal chunk of change but if this doesn’t light a fire under Sony’s ass I’m not sure what will.