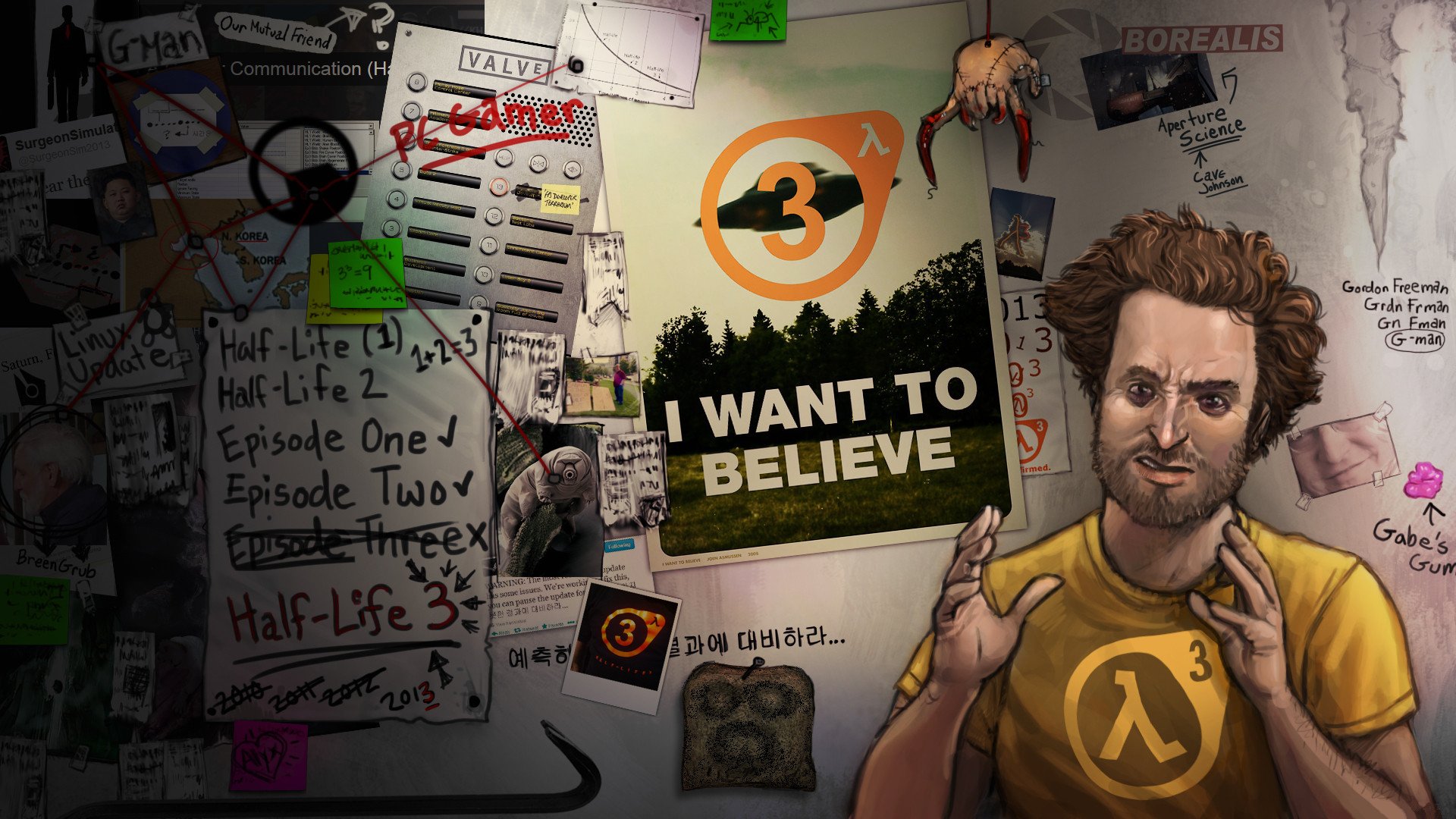 The Half-Life fanbase is likely the saddest fan-base in all of gaming, and in more ways than one. Few other fan groups have put up with as much as they have, and even fewer have had as many diminishing returns. Half Life 3 has become simultaneously an industry joke and a ghost, the Holy Grail and a laughing stock. As of 2016, Valve is barely a gaming company anymore, kept afloat mainly by Steam and bolstering it with rehashes of old games like CS:GO and DOTA 2. Probably final nail in the coffin for a lot of people was the recent news that Half-Life series writer Marc Laidlaw is retiring from Valve and, by his own admission, the company has no idea what it wants to do with the Half-Life IP.

There’s an old trope where a character will be watching a suspenseful movie, and right before the big reveal their power goes out or the TV turns off or something like that. Inevitably the character’s reaction is one of anger and annoyance, not being able to see the payoff to whatever they were immersed in. That poor sap has been the entire Half-Life community for nearly a decade, and it’s probably time that we keep that TV off for good and move on. Half-Life 3 is never coming out, and that’s a reality we need to start accepting. 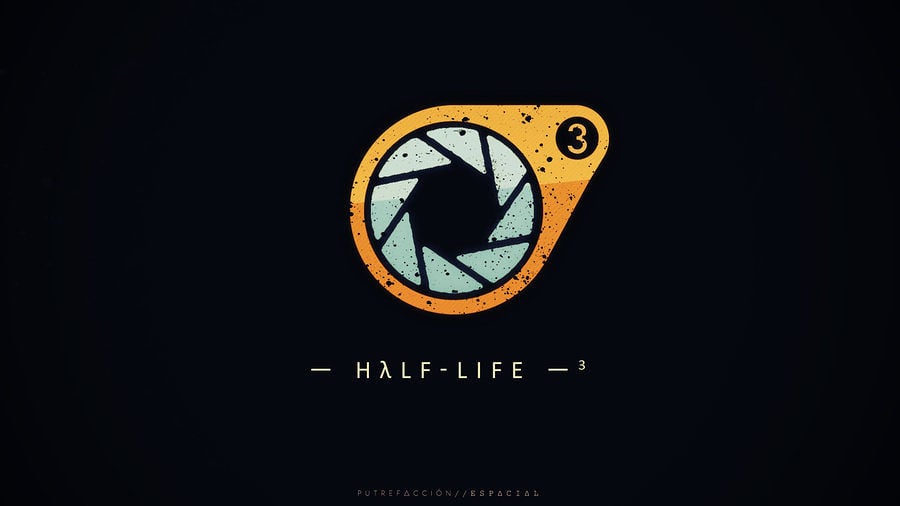 It’s been 12 years since Half-Life 2, nine years since Episode 2, and the most information we have on Half-Life 3 is that it might still be in development and a few scant pieces of possible concept art that don’t confirm anything. No confirmation, not even a hint at the development status of the game, and any questions toward such subjects are often avoided or deflected to something else. In fact, calling it Half-Life 3 seems like a misnomer as well, since it might very well be called Episode 3 instead. At most, we’ll get a reassurance that, yes, the game still exists, but nothing else. Bethesda pulled the same stunt with Fallout 4 but at least, they had the good-will to actually release the thing. At this point, we’ve crested “waiting with baited breath” and have gone into the territory of “why bother anymore”. People are tired of waiting, and rather then being happy or surprised if Half-Life 3 is announced, they’ll likely revile it out of annoyance. 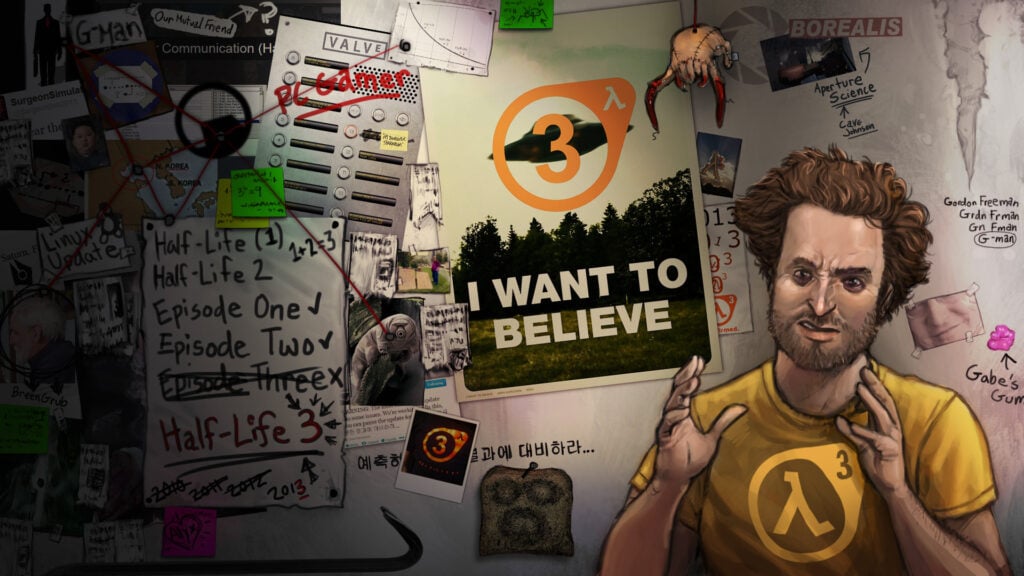 How the Half-Life community looks

Perhaps the worst part of all this is Valve’s toying with their own fan-base. Constant hidden cryptic messages, hints that lead nowhere, red herring after red herring and full blown ARG that have no payoff are just a few examples of the constant torment doled out by everyone’s favorite patron saint of PC gaming. Were it any other company then Valve gamers would find these antics annoying, and it seems as though even Valve’s good will is stating to wane. People are becoming annoyed with them quickly, with constant changes to the few games they do have often being rejected, and complaints about Steam’s extremely poor customer service.

There’s an acceptable level of waiting for something, and in 2016, that line for Half-Life 3 is getting extremely thin. It’s not the longest wait for a game, that dubious honor goes to The Legend of Kage, with an unprecedented 22-year wait. There’re other games that still beat out Half-Life 3: Diablo 3(12 years wait), Mega Man 9 (also 12 years) and, of course, Duke Nukem Forever (14 years). The difference is not only did these games, at least, let people know they existed, but they actually released too. With Half-Life 3 it’s been a decade of radio silence, and the static is starting to get deafening.

There’s always hope that Valve will eventually release Half-Life 3, but that hope has dwindled alongside honest interest. Maybe Valve knows there’s no way Half-Life 3 could ever live up to expectation, considering the horrible scrutiny most sequels face from their fan-base. Even if Half-Life 3 was released for free to everyone with a Steam Account people would probably still savage it as not being exactly what they wanted. And it wouldn’t be what they wanted, since Valve, and Gabe Newell especially has said that they have no interest in making another old-school single-player only title, the exact kind of game Half-Life 2 was. At this point, it might just be in Valve’s best interest to never release the game, but if that’s the case they should, at least, have the decency to announce that to their fans.

Still, Half-Life 3 may one day release, and here’s honestly hoping that it does. Till then, maybe we should just let that hype train rest in the scrapyard, where we can dust it off later. In the mean-time, other companies are releasing new games at a break-neck pace, some of the best games we’ve ever seen. Maybe Half-Life 3 isn’t ready for this world, but in this writer’s opinion, this is a world that no longer need it.