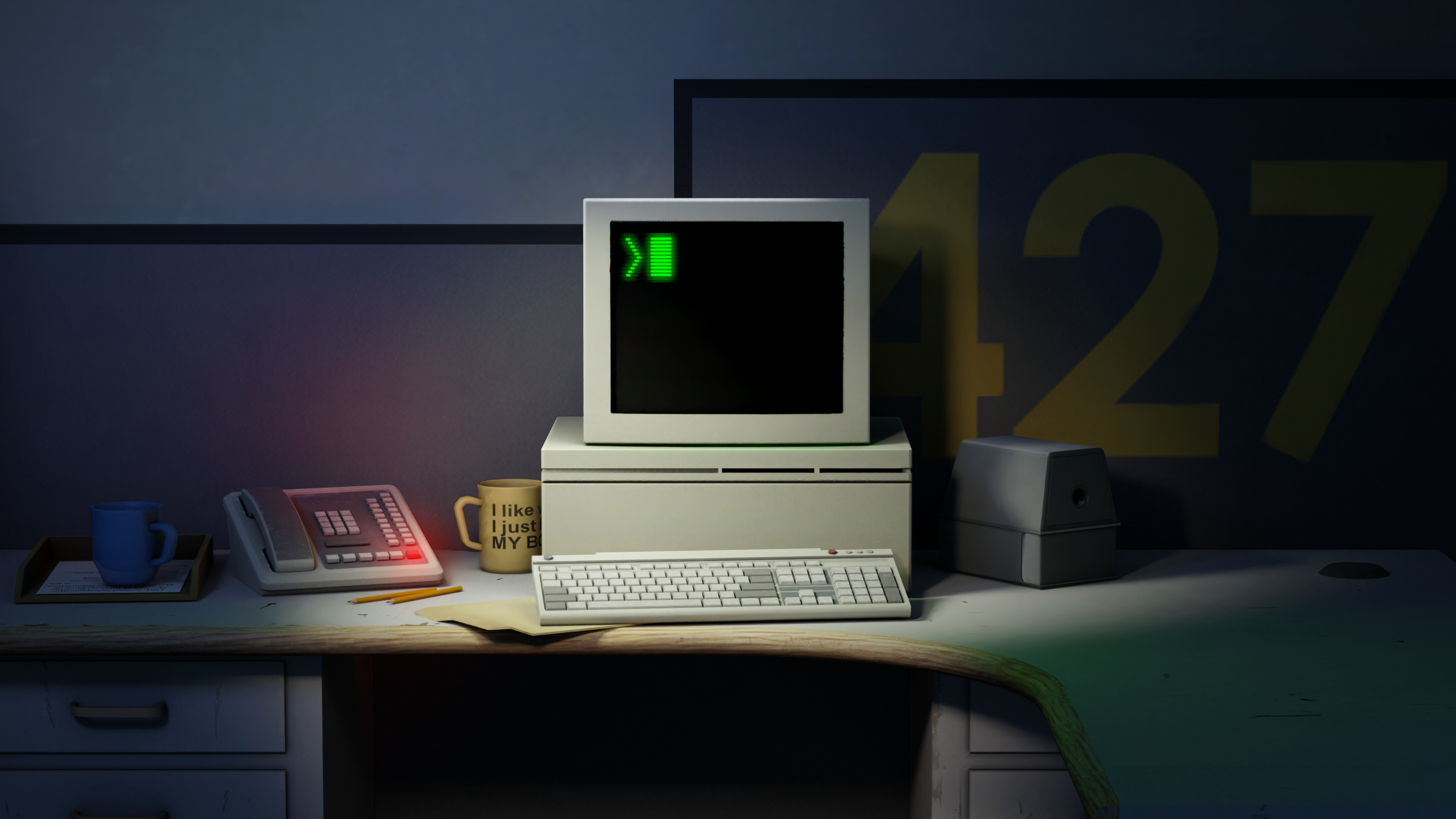 The Games Editor over at GoombaStomp.com–yes, the Games Editor, of all staff members–had never played The Stanley Parable before.

“You have to play it, it’s a masterpiece, one of the best games ever made!” yelled many of the editor’s coworkers. Battered by those around him and invested in the game’s latest trailers thanks to Kevan Brighting’s wonderful narration, the editor requested a review code and Crows Crows Crows happily enough provided one. Now, that editor is here to tell you that The Stanley Parable: Ultra Deluxe deserves all of its praise–and its new content is rather stellar.

Stepping away from the cliche narrator’s perspective that helped send this game to fame, The Stanley Parable: Ultra Deluxe really does live up to the high pedestal it has always shined upon. There is no better time to play or revisit this relevant social commentary of games, media, and decision-making now, more than ever before. With Ultra Deluxe, Crows Crows Crows and the masterminds behind The Stanley Parable’s original release have only added more to appreciate about the harsh reality of the titular employee’s mind-bending debacle.

In The Stanley Parable, players take control of a silent office worker named Stanley (Employee 427) who one day discovers that everyone in his company complex has mysteriously vanished. The only guide Stanley has is a nameless narrator who wants to show the lone employee his true reality and grant him freedom from the confined lifestyle he finds content in. As the game’s title implies, Stanley is stuck in a parable; a rather basic story used to showcase a moral dilemma. The game has several endings and situations to explore as the player makes decisions as to either follow what the narrator has to say or make their own excursions. The Stanley Parable can be completed in either four minutes or an hour depending on the path the player decided to take.

Ultimately, The Stanley Parable articulately only has two actions, two characters, and two choices. Everything purposefully revolves around a minimal number of options as the player views a complex debate about decision-making through that of a desperate narrator. The Stanley Parable does break its special number on a few occasions but even those instances can be divided back into the prevalent digit; the game is wholeheartedly about choosing between two options. Every decision the player makes in The Stanley Parable is either a yes or no. Will you enter the left door or right door? Will you go upstairs or downstairs? Will you enter the broom closet or ignore it? Will you click the button or not? Will you listen to this mysterious narrator and allow his words to decide your actions?

The Stanley Parable is a brilliant commentary on choice and contradiction. It is an interactive thinkpiece that urges players to follow a path to freedom, yet gaining liberty comes with an overwhelming sense of irony. The only true to way to complete the game and receive the “good” ending–if you want to even call it that–is by following the narrator’s directives. The meta commentary that’s constantly out to take stabs at the world is not just witty, it’s truthful and frankly quite thought-provoking. While on the surface there may not be much to do in this small office complex, the building is filled with a vast amount of decision-making and dialogue that only makes players want to replay the game to find every commentary there is.

At the end of the day, the shining aspect of The Stanley Parable is Davey Wreden and William Pugh’s writing, and Ultra Deluxe feels as if its new content was created shortly after the original release. The entire script of The Stanley Parable is written from the perspective of a fourth-wall-breaking narrator who attempts to push Stanley towards achieving his interpretation of freedom. While we may never hear his name or any details about his own life, the narrator packs a tremendous amount of emotional weight and charisma that only makes him all the more likable. The Stanley Parable was already a masterclass work in the writing department, and Ultra Deluxe’s new dialogue does not stray from the high standard.

Once again, the game’s singular voice actor Kevan Brighting provides a performance that only further elevates the entire narration. His wit and charm is a driving factor of the player’s overall enjoyment of the game. If a sense of curiosity was not already keeping the player from exiting the office after one playthrough, Brighting’s work continues to make users want to go back and find more dialogue. Fans of the original game will be delighted by what there is to discover with The Stanley Parable: Ultra Deluxe.

While Ultra Deluxe’s main reason to exist may seem like an excuse to keep The Stanley Parable alive on modern hardware, it adds well over an hour of new content to delve into–none of which feels like DLC or shoehorned content. The new content in Ultra Deluxe plays off as a self-aware sequel that fans have been waiting for. After almost ten years, Brighting steps back into his narrator role to tear down a wall of reality as he once again provides players with an intriguing commentary; this time about the games industry itself and the media’s practices.

Hidden behind a “NEW CONTENT” door located in one of the first hallways of the office complex, Ultra Deluxe’s additional memory zone caters to enthusiasts of The Stanley Parable who have been following its legacy. Stuffed with all sorts of pokes and jabs at the game’s history and base content, the new hour of commentary delivers on keeping up with the same comedic and serious meta-analysis the game first presented. It would be a crime to spoil what exactly the new content has to offer as it efficiently delivers on building upon the original experience. Even if this is a player’s first time with the game (as it were for myself), there is so much to appreciate with the newly added scenarios after exploring the base content.

It’s been almost a decade since The Stanley Parable first hit the digital marketplace, and the game has not aged a day–Davey Wreden and William Pugh’s moral commentary is arguably more relevant now than it was during 2013. The Stanley Parable: Ultra Deluxe is no dishonorable excuse to keep a classic’s legacy alive for another generation via a simple port to modern hardware; it legitimately justifies its existence by meticulously cramming a small sequel inside of itself. Whether you are a player looking for laughs or someone searching for a serious interactive analysis of a subject, there are so few reasons why anyone should not experience The Stanley Parable: Ultra Deluxe. It is a sequel fans of the original have been waiting for and a must-play indie for those that haven’t.