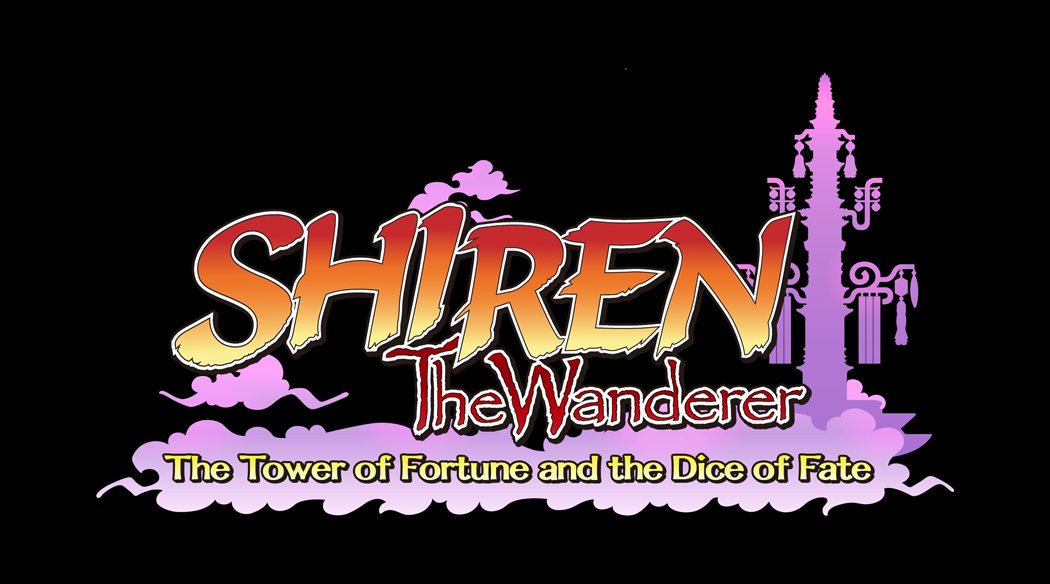 With The Witcher 3’s spree of expansions officially finished and months of waiting for Pokémon Sun and Moon, Persona 5 and Final Fantasy XV on the horizon, Spike Chunsoft has come at the perfect time to tie RPG fans over with a modern remake of a classic dungeon crawler. The latest installment in the long running Mystery Dungeon series, Shiren the Wanderer: The Tower of Fortune and the Dice of Fate, is the first game to be released outside of Japan that actually features Chunsoft’s own original IP since 2010’s Shiren the Wanderer. While the franchise itself began as a spin-off of the mythic Dragon Quest games, the brainchild of Koichi Nakamura has primarily been used as a template for other companies’ brands to be made into grid-based dungeon crawlers. These turn-based RPGs have covered everything from Gundam to Final Fantasy, with the Pokémon Mystery Dungeon series being particularly successful, but regardless of being developed over the course of 20 years, they haven’t been expanded on too much. Although this visually impressive Vita remaster of the original 2010 Nintendo DS title has plenty to offer fans of the genre, it does little to draw the attention of new players or evolve the franchise in a meaningful way. 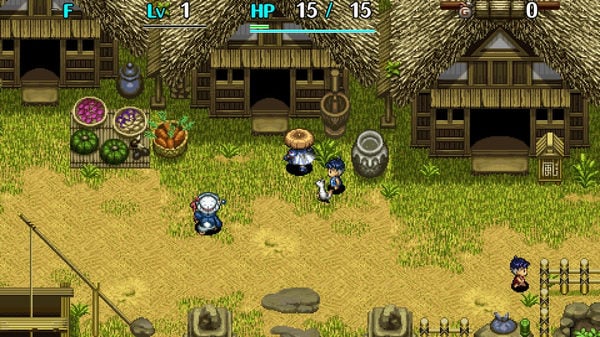 Though the roguelike genre has been experiencing an amazing resurgence in the last several years, the gaming community would be remiss to forget that the Mystery Dungeon games were among the first wave of Japanese RPGs to adopt the concepts of rogue staples such as procedurally generated levels and permadeath. The basic gameplay of the series consists of the player adventuring through randomized dungeons in search of monsters, treasures and various arbitrary magical objects that drive the story. True to its form, The Tower of Fortune and the Dice of Fate’s story continues the tale of the stoic warrior Shiren and his smart mouthed weasel, Koppa. The titular character and his sidekick venture into the Tower of Fortune in search of the Die of Fate, fabled artifacts created by the god Reeva, which are believed to be able to change destiny. Canonically taking place between Shiren the Wanderer GB2 and the only Shiren game to be localized in North America, I imagine many of the allusions to the series are lost on me, but having thoroughly enjoyed Shiren’s previous console outing on the Wii, I quickly fell into the familiar Mystery Dungeon mindset.

The story here is about as rushed and nonsensical as the other games in the series, and although there are a few quirky characters and fun sidequests to spice things up, the basic plot exists solely to get the player stuck in a labyrinth of traps and monsters. Beginning in Inori village, Shiren is encouraged to begin a veritable onslaught of tutorials before even entering the starter area of Ouma Shrine. Bombarding the player with well over 60 separate tutorials, all annoyingly separated by loading screens and unskippable dialogue, the game can feel daunting to first time players. In truth, the combat and exploration mechanics are incredibly simple and over explained for the first hour of gameplay, while other, less intuitive systems, are left for the player to figure out for themselves. Dozens of stores, minigames and optional services become available in the primary hub of Nekomaneki village, but aren’t introduced well enough to be used until much later. Though an enormous amount of patience is practically a prerequisite to get into any RPG at this point, the main problem with this particular title is that the gameplay isn’t entertaining enough to warrant the investment of time needed for the game to shine. 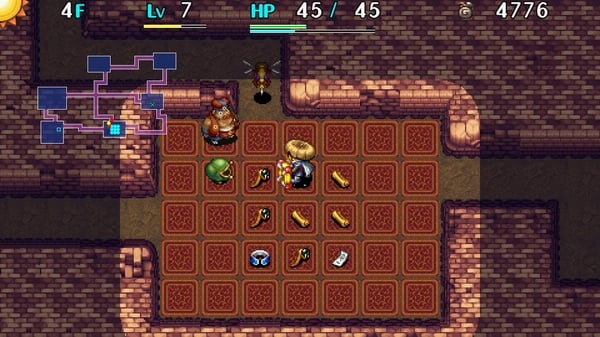 Regardless of my personal enjoyment of these types of repetitive roguelike adventures, even I found myself quickly becoming bored while clocking in the time needed to write this review. The Tower of Fortune and the Dice of Fate plays just as its predecessors do, the main character is let loose in a new dungeon every time they enter the tower, and they must seek out weapons, armor and other items that can help them locate the staircase that takes them to the next floor. Along the way, there are numerous allies to recruit, shops to visit and nightmarish creatures to fight, and while Chunsoft added a few bells and whistles to mix up the process, the same problems and tedium largely remain. Staying true to its roguelike roots, death is final. Upon falling in a dungeon, the player’s level is reset and all their items and money are lost, (unless they are tagged to be put into the lost and found or an item such as an Escape Scroll is used). Purists may criticize roguelite games such as Rogue Legacy for allowing progression via each playthrough, but I would take a game that passively rewards continuous runs, in line with The Binding of Isaac or even this year’s Enter the Gungeon, over Shiren the Wanderer’s disregard for the player’s time. Sure there are a few overarching side-objectives to spur the player on, but the game offers far too little of a reward for the task it’s asking.

For diehard rogue fans, there are several aspects of this game that may make it worth a purchase. Apart from the beautiful pixel art, stellar soundtrack and vibrant colors, there are a number of gameplay mechanics that set this remake apart from its competition. Far and away my favorite aspect about the game is its approach to difficulty. Further in the game, after completing the first area of every run, the Destiny Trail, Shiren is free to choose which area of the tower he wants to enter. If this is a fresh run without prior items, players should begin in the Tower of the Past, the easiest of the game’s dungeons. However, if you are already geared up, the game allows you to skip unnecessarily easy areas, allowing you to enter the Tower of the Present or even the Tower of the Future, if you’re looking for a real challenge. This is exactly the type of subtle but smart design decisions that this game sorely needed more of. Also noteworthy is the addition of online co-op and multiplayer features that allow your character to be saved by other players. The remake has also added several new areas to the game, but none of them are enough of a departure from the base game to offer anything unique. 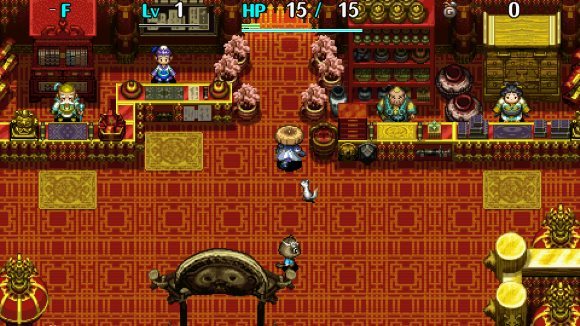 Sadly, after hundreds of characters, days of playing and countless dungeons that have been thoroughly crawled, my main take way from Shiren the Wanderer: The Tower of Fortune and the Dice of Fate is that it’s just plain average. Everything that has been done here has been done better in other titles, including earlier Mystery Dungeon games. Despite being given some leeway for being a remake, the game suffers from the same cumbersome menu design, uninteresting waves of monsters and unforgiving RNG-based playthroughs that have plagued the genre without offering enough new features to make it worthwhile. It’s undeniable that an audience for this type of methodical, roguelike experience exists, as evident by the previous games’ success, but I just can’t see most gamers choosing to dedicate their time to an outdated remake of an increasingly stale series. In the end, this all comes down to a matter of taste in roguelikes, as this genre is bound to polarize gamers. Even if I’m more than happy to live, fight, die, lose all my progress and repeat the process ad nauseum, it’s totally understandable why many can’t get into this punishing system, and why these same players could do better than this game.