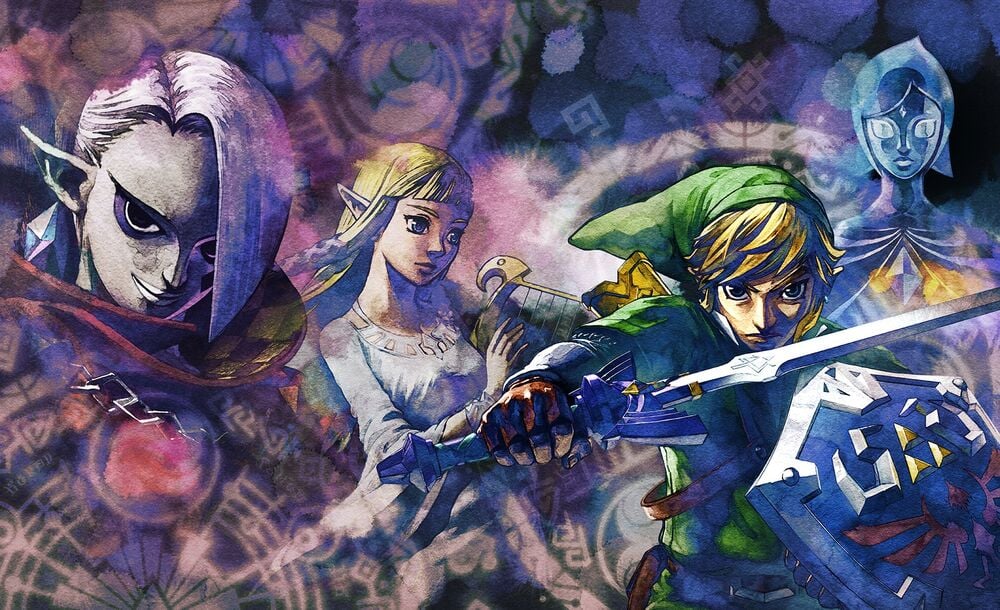 Who is the best Skyward Sword boss?

The Legend of Zelda: Skyward Sword was originally released for the franchise’s 25th anniversary, celebrating everything Zelda, including the bosses. Skyward Sword simultaneously contains some of the best bosses of the series, but also some of the worst. In a way, it is the perfect combination of all bosses in the Legend of Zelda, mixing the good and the bad to create the quintessential Zelda experience. Even the uninteresting bosses such as Scaldera can help players to appreciate the impeccable battles against other bosses later in the game.

Scaldera is the boss of the second dungeon of Skyward Sword, the Earth Temple. After one of the most difficult first bosses in The Legend of Zelda history, Ghirahim, Scaldera fails to live up to the demon lord that created it. Though it looks like a spider made of lava and rocks, it is not as intimidating as it sounds. Scaldera’s attacks are extremely easy to avoid, to the point that even an inexperienced player could potentially beat the boss without taking any damage. Not only that, but the strategy to beat it is very straightforward. While throwing bombs at bosses and into their mouths is a common Zelda strategy, using it on Scaldera feels too easy.

Moldarach is a perfectly fine boss on its own; it makes use of Skyward Sword’s motion controls as well as one of the game’s best items, the Gust Bellows. It is simple, but features engaging mechanics and is overall a fun battle. Unfortunately for Moldarach, its impact lessens once it is encountered again in the Lanayru Shipyard, where it has been demoted to the level of a mini boss. Once it is fought again, it seems like less of a threat because it has already been defeated before. What was an exciting boss battle the first time around becomes nothing more than an obstacle to Link’s progression.

Tentalus has amazing buildup; the tentacles breaking through the Sandship indicate an extraordinary boss is coming up. However, once Tentalus rises above the water, all tension is lost. Skyward Sword’s art style features many cute, cartoonish enemies, but Tentalus stands out as one of the worst designs in the game. It can be hard to take this goofy-looking boss seriously. But its battle partially makes up for its strange design, as dealing with the tentacles can be quite fun. Tentalus could easily be one of the best bosses in the game if the atmosphere was not completely ruined once it emerges from the water.

The Imprisoned is one of two bosses that is fought multiple times throughout the game. The main mechanic of this boss fight seems fun in theory: the Imprisoned climbs up the Sealed Grounds, and Link must halt its advance. The first battle is quite straightforward, but also a bit lackluster because all Link does is attack the Imprisoned’s toes and then attack the Sealing Spike on its head.

The second battle is when it simultaneously improves and worsens. While the first fight was already tedious, the second battle reuses the same mechanic once again, but this time the Imprisoned has arms and can grab the upper ledges of the Sealed Grounds. It can be annoying to some players that they must once again attack the Imprisoned’s feet. But this fight has a saving grace: Groose. His invention, the Groosenator, helps Link prevent the Imprisoned’s ascent by shooting bombs at it and knocking it down. Groose’s participation in the fight makes it much more entertaining and less repetitive.

The final battle is once again a rehash of the previous ones, except the Imprisoned can now fly. Groose participates in the battle, but his supply of bombs is cut off by an earthquake. Instead, he launches Link onto the head of the beast, where Link must repeat the strategy of attacking the Sealing Spike. Though this battle adds a new mechanic, it still follows the same typical formula. For a boss that is fought three times throughout the entire game, it is never really fun to fight. The best part of the last two fights is having assistance from Groose, something that does not happen often in The Legend of Zelda. Link rarely fights a boss with the help of another person, so it’s quite nice to have an ally for once.

Levias is the only boss in The Legend of Zelda: Skyward Sword that is fought while riding a loftwing. While the sky spirit is typically benevolent, he had been infected by the parasite Bilocyte prior to Link’s first meeting with him. The first phase of the fight requires Link to ram into the eyeball tentacles possessing Levias with his loftwing, until the second phase is reached. In this phase, Link lands on the back of Levias to face the parasite. While the second phase is fairly straightforward, the initial phase is one of the best boss fights in the game. The loftwing is a bit underutilized in the rest of the game, as it mostly functions as a mode of transport. But finally being able to use it in a true boss fight makes the loftwing seem even more important to the narrative.

Demise is the original of all evil in the Legend of Zelda universe, as the being that curses Link, Zelda, and Ganondorf’s cycle of rebirth in the future. After defeating him three times as the Imprisoned, the demon finally revives and uses Ghirahim as his blade. Once Demise and Link travel to the atmospheric location of the final duel, the fight begins. It is truly a test of how the player’s skills with the motion controls have improved, as it focuses entirely on swordplay. The most basic item of the game is all that the player is required to use throughout this battle. Not only that, but the fight ends after using Skyward Strikes; while different from the goddess powered ones from the rest of the game, the final fight still ends with the earliest and most iconic sword skill of Skyward Sword. It is an ending befitting of not only the demon Demise, but also a beginning befitting of the entire Legend of Zelda series.

Ghirahim, like the Imprisoned, is encountered three times throughout the game. His first boss battle is one of the most memorable in the game; it is surprisingly difficult for the first boss, and since it is so early in the game, some players may not have mastered the motion controls yet. Defeating Ghirahim requires skill with the motion controls. Players must trick the demon lord into thinking that they are going to attack from a certain angle, only to change last minute and strike from the other side. This battle really tests players’ skills with the controls, and shows that mastery of them is necessary in order to complete the game. In The Legend of Zelda: Skyward Sword HD, motion controls are not required, therefore lessening the impact of this battle.

His second battle is similar to the first, but with extra obstacles that still utilize the game’s motion controls. In this battle, Ghirahim gains his own weapon: two identical blades that he uses to rush at Link or defend himself with. The player must aim for the weak point in Ghirahim’s defenses, either attacking him from a vertical, horizontal, or diagonal angle. This second fight follows the same basic formula as the first, but even with the additional challenges, it seems much easier because the player has likely gotten used to the controls at this point.

The final battle against Ghirahim is where things truly change. After a prelude of fighting hordes of monsters, Ghirahim is fought on high platforms above the Sealed Grounds. After knocking him to the ground, the two engage in a fight similar to the previous two. Once Link attacks his weak point enough, Ghirahim summons a large sword that Link must break before the battle finally ends. This fight takes Ghirahim’s usual strategy and turns it into something completely new, unlike the Imprisoned’s repetitive strategy that does not change much from battle to battle. Ghirahim’s battles are also very interesting for story reasons. The demon lord starts out toying with Link and not taking their fight seriously. By the time of their final battle, however, Ghirahim regrets not taking Link out when he had the chance, and shows his true power for the first time. It is a stark difference from the Ghirahim of the first battle, but his personality progresses in a natural way. This growth is entertaining to watch, and it is also very satisfying to defeat him at his best.

Though Demise and Ghirahim are the main antagonists of the game, one boss manages to surpass even the demon lord and the original force of evil in the Zelda universe. Following one of the greatest dungeons in the game, the Ancient Cistern, Link faces the golden automaton Koloktos. Not only does this boss look amazing, but it also has the most engaging fight in the game. The whip that was acquired in the dungeon allows Link to pull off Koloktos’ limbs, until the point where Link can pick up one of its own swords and use instead of his usual blade. This battle is also quite long and complex compared to some other fights in Skyward Sword, and makes great use of the dungeon item. Koloktos is the perfect end to The Legend of Zelda: Skyward Sword’s best dungeon.

____
Ranking The Legend of Zelda: The Wind Waker Bosses