The day hardcore Pokemon fans around the world have waited for finally arrived: the reveal of Pokemon Sword and Pokemon Shield. We only got a brief peek at what to expect from Gen 8 and, though most of the internet rejoiced, there’s still a sizable portion of the Pokemon fanbase that’s been split by the reveal. Today we’re going to take a look at one of the most prevalent points of contention that have popped up: how much of an upgrade Gen 8 really is from Gen 7 and (even Let’s Go). The answer is quite tricky, so let’s break it down a bit.

Can you believe this was on the 3DS?

Far from a Model Character

Once known for their iconic sprite work in the first few generations, Game Freak made the transition to 3D in Pokemon Sun and Pokemon Moon with distinctly anime-inspired character models. Though X and Y experimented with dynamic camera angles that took advantage of the 3DS hardware, it was Gen 7 that pushed the series’ inhabitants forward. Realistic proportions and a minimalist design philosophy breathed new life into the world of Pokemon (technical limitations aside).

Pokemon Let’s Go kept those same models, but it felt like the full realization of what Game Freak had originally intended them to look like. Uninhibited by the 3DS, Let’s Go’s characters exuded a sheen never before seen in a Pokemon title. They were vivid, expressive, and likeable. 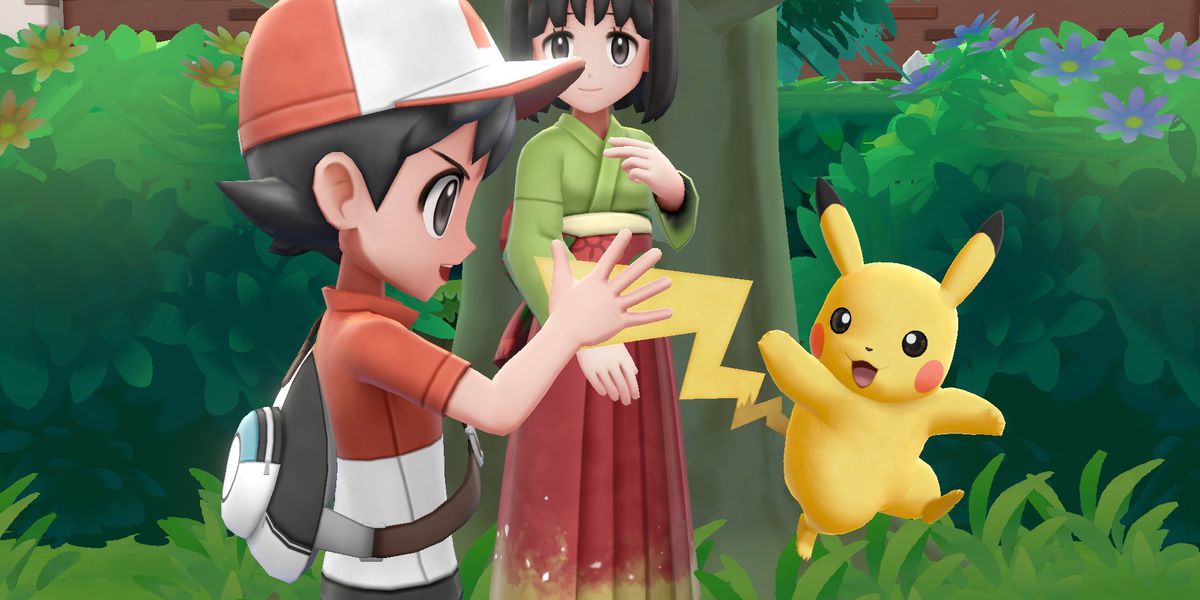 That said, though, they felt very basic from a character design standpoint. It was clear that Game Freak was new to designing in high definition and needed some time (perhaps by the time Gen 8 rolled around) to get accustomed to the new hardware.

Unfortunately, what we’ve seen so far from Pokemon Sword and Pokemon Shield hasn’t lived up to the major jump many had hoped for. Character faces have the same generic, inoffensive look to them. Clothing designs are interesting but far from intricate. Aside from adapting the models to the new art direction of Sword and Shield, the only major difference that can be found is in character animations.

Whereas your character in Let’s Go felt decidedly stiff and basic in his/her movements, the players in the trailer show off a bit more personality. Skipping down steps, more realistic running animations and gingerly sneaking through tall grass are just some of the improvements we’ve seen so far. If one thing is for sure, though, it’s that whatever wasn’t put into character model innovations was instead poured into overall world design.

The trainer model might be bland, but this interior is surprisingly detailed.

Mainline Pokemon games aren’t necessarily known for having the sprawling fantasy environments that others in the genre take pride in; the anime and imaginations of players have always covered that base fairly well. While Pokemon Sword and Pokemon Shield might not have had a “Breath of the Wild moment” and premiered a massive open world for player to explore, it does genuinely seem to be the most fully realized region we’ve seen from the series.

The introductory trailer showed off the sheer scope of the areas players will get to explore. The resolution leaves a bit to be desired (the game is presumably nine months from release, after all), but there’s no question that the sense of scale this countryside vista creates is a step in the right direction. Just from this screenshot we can see a far-off mountain range towering above surprisingly realistic patchwork fields just waiting to be explored. Several visitable buildings including a Pokemon Center, stadium, and several cottages aren’t quite displayed proportionately, but it’s great to be able to see them from this far away. 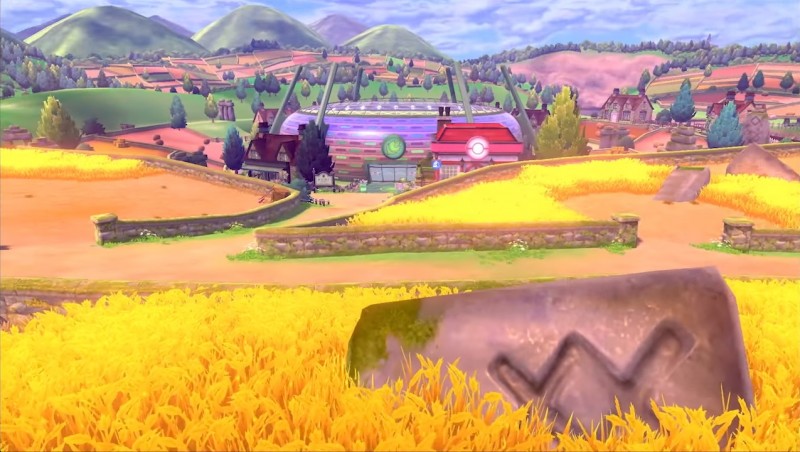 Then there’s the attention to detail. Pokemon Let’s Go Pikachu/Eevee are unquestionably the best the series has ever looked, but they also felt distinctly lacking in environmental detail. Whether it’s because this isn’t a remake or because it’s had more time in the oven, Sword and Shield basks in a much more lived-in, natural feeling world.

Homes along the countryside overgrow with foliage, and snow-covered buildings in the wintry part of the country exude a soft, warm glow from behind their windows. A far cry from Let’s Go’s more cartoony take on water that carried over from the older games, Sword and Shield’s lakes look more realistic and inviting.

That’s not to say everything here is perfect. Though the backdrops themselves are much more picturesque than we’ve seen before, the immediate scenery takes a hit by seemingly excluding roaming Pokemon in the overworld. This was one of the positive additions Let’s Go made to the classic Pokemon formula, and one many (including myself) praised for making areas feel more alive and enjoyable to trek through.

Though earlier games in the series couldn’t display individual Pokemon due to hardware limitations, Let’s Go proved that the Switch can more than handle the task. That along with the apparent loss of a companion Pokemon (again, things could change closer to release) makes Sword and Shield feel strangely lacking in some regards compared to the Kanto remake.

Every Pokemon game has at least a couple memorable set pieces. Be it S.S. Anne in Kanto or the starry sky on Exeggutor Island in Alola, these are the places and moments that (hopefully) stay with you long after you finish playing. We’ve only had a glimpse at a few so far, but they’re certainly promising.

A hill figure evocative of the Cerne Abbas Giant in Dorset, England: 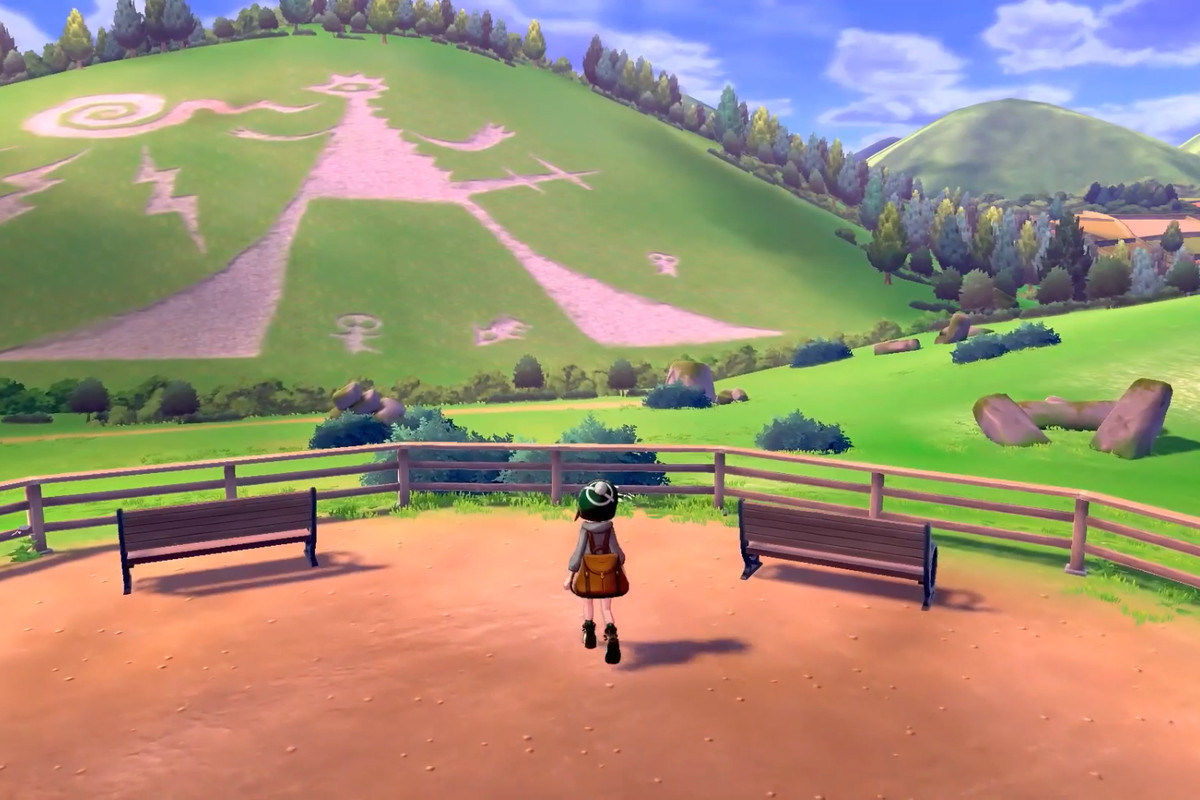 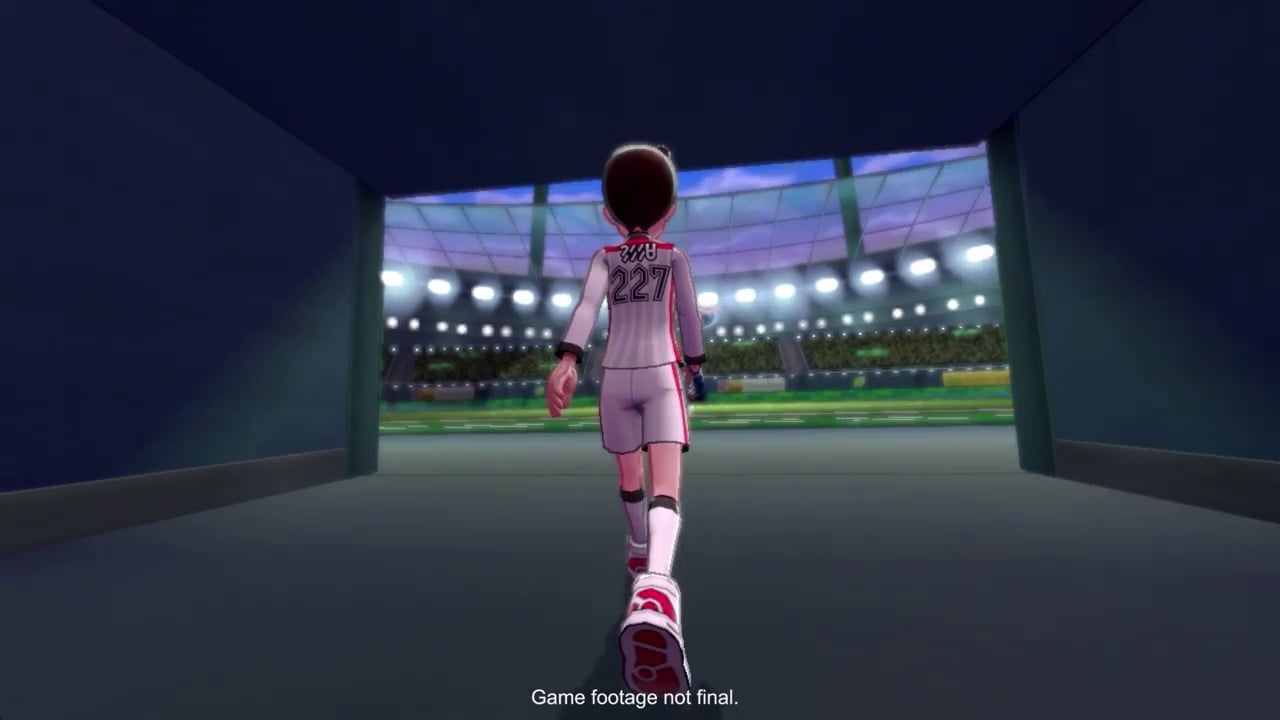 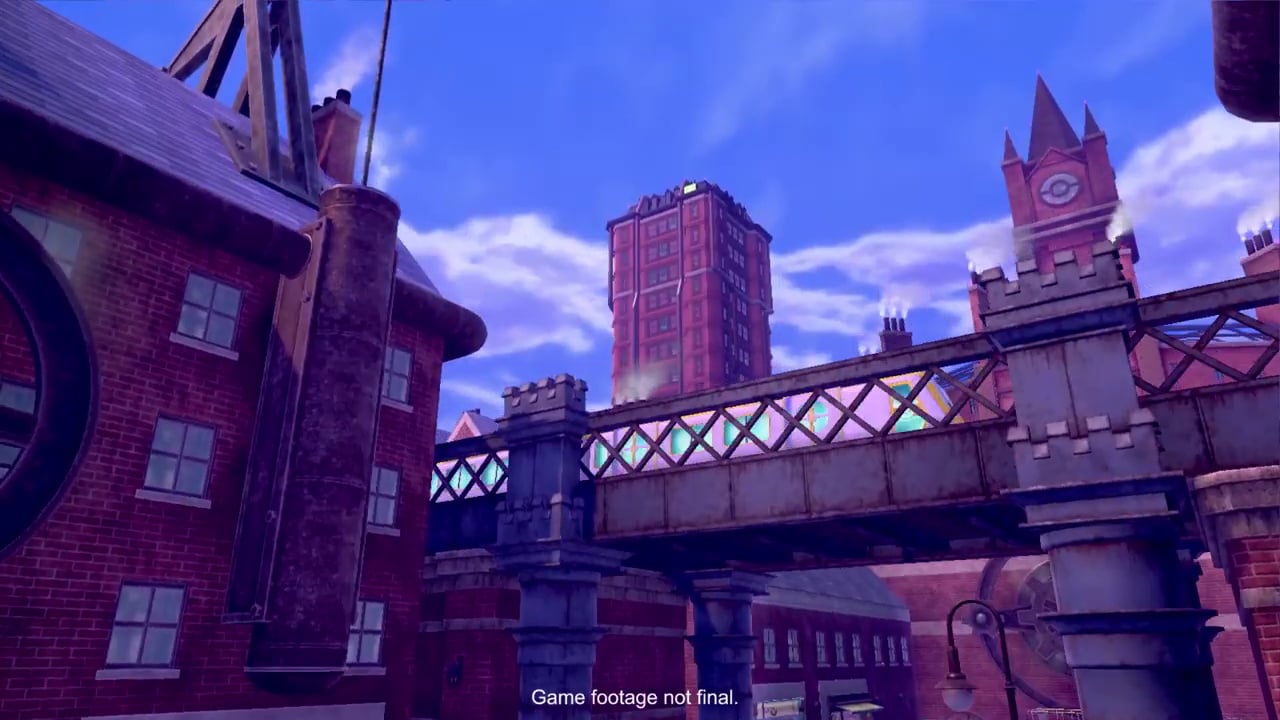 Pokemon Sword and Pokemon Shield are more of a step forward for the series than the leap that many were hoping for. These games still have plenty of time for polish prior to release, but it’s quite unlikely that the character models and lack of Pokemon in the overworld will change before then. That said, Game Freak is still making making progress as they adapt to the newer hardware; a truly revolutionary entry will just have to wait until a later generation.