Pokémon Let’s Go has been one of the most controversial Pokémon releases of all time. Lambasted for its simplified catching mechanics and focus on the original 151 in Kanto, the game has been somewhat shunned by some of the more hardcore fans. No matter where you fall on that, though, it’s undeniable just how much this remake reinvigorates the entire look and feel of Pokémon Yellow. From the completely redone locales to painstakingly adding the tiniest of details, Let’s Go’s world feels the most lived-in of any Pokémon game thus far. 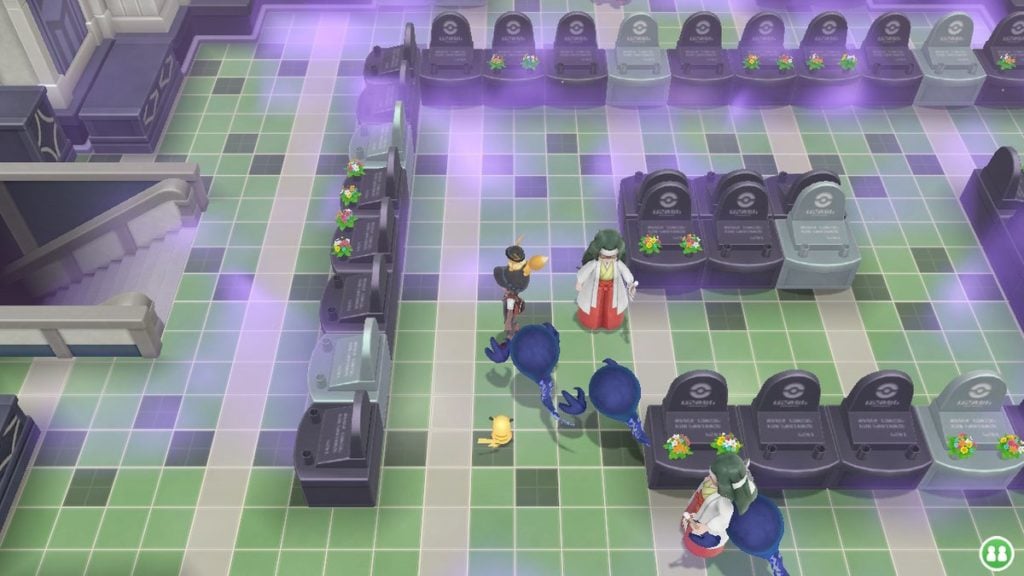 A Whole New World (…Kind Of)

Those of us who grew up with the original Pokémon games grew to know Kanto as well as our own backyards. Let’s Go doesn’t deviate too much from the classic layout, but the completely revamped presentation does a brilliant job of bringing the region to life. Every area feels completely different (yet familiar) in HD and greatly benefits from the move from pixel art. The transformation is evident everywhere, but truly shines when it comes to stand-out areas like Pokémon Gyms and major landmarks.

Though the graphics on the original GameBoy were all players knew at the time, using your imagination and referencing the anime played a large part in getting a sense of the original game world. In the Cerulean City gym, for instance, the setting simply featured tiny swimmer/beauty sprites and a significantly more detailed Misty upon encountering her.

In Let’s Go, players can much more easily experience what the gym was meant to look like. Not only is the detail incredible, but there are also full-fledged beauties who jump off diving boards as players walk by and swim to them in a flourish. Every gym feels like a visual showcase, and every trainer is just as memorable as ever. 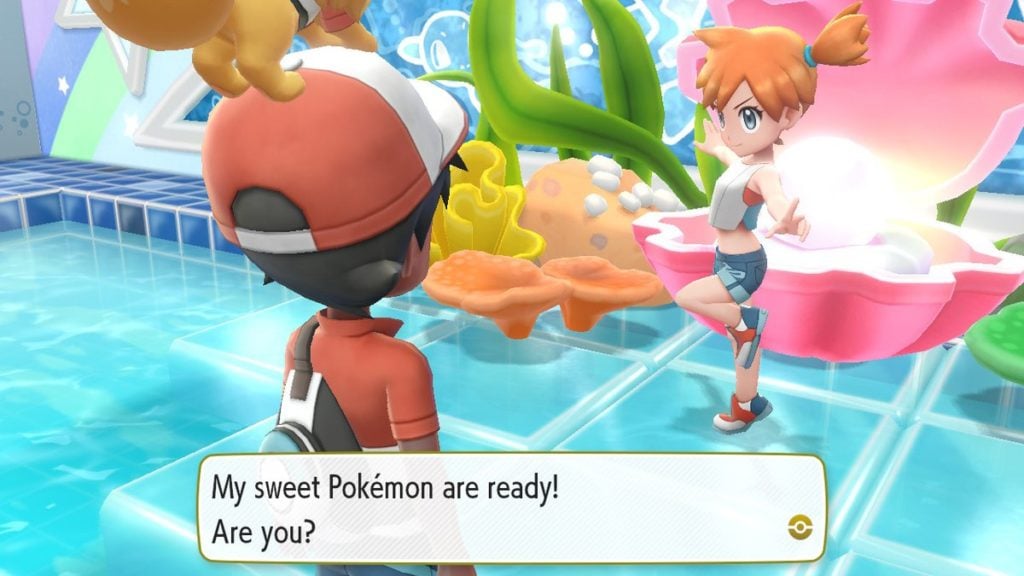 Then there’s the S.S. Anne, one of the most striking locations from the original games. The concept of boarding a huge cruise ship and facing off against passengers and staff alike was incredibly unique at the time. Exploring every inch of the ship (including the cabins, kitchen, deck, etc.) and taking in how vast it felt was simply a significant highlight.

This feeling of wonder hasn’t only been translated to Let’s Go, but it’s also been expanded upon with little flourishes like cutscenes, a corresponding sailor outfit and a much more appropriately scaled ship. It’s setpieces and environments like these that bring Kanto to life for both new and returning players.

The environments are one thing, but what’s always made the Pokémon games stand out was how unique and special each creature felt. For many fans, the allure of Pokémon is all about imagining and experiencing what living in a world filled with them would be like. While the original games couldn’t do much to illustrate this world in detail (at least compared to the anime), Let’s Go does a commendable job as the first game in the series to take advantage of the Switch’s power.

Each of the 151 Pokémon can either follow the player or be ridden on (if large enough), and each has a distinct movement animation that makes them feel more realistic. Seeing what each Pokémon looks like when traveling alongside you almost becomes addictive, and the care given to these depictions is really top notch (when traveling with Kangaskhan, for instance, the player is perched on its shoulder and Pikachu/Eevee joins the baby in the pouch). Seeing the size disparity between pokémon like an Onix and an Ekans is both stunning and impressive. 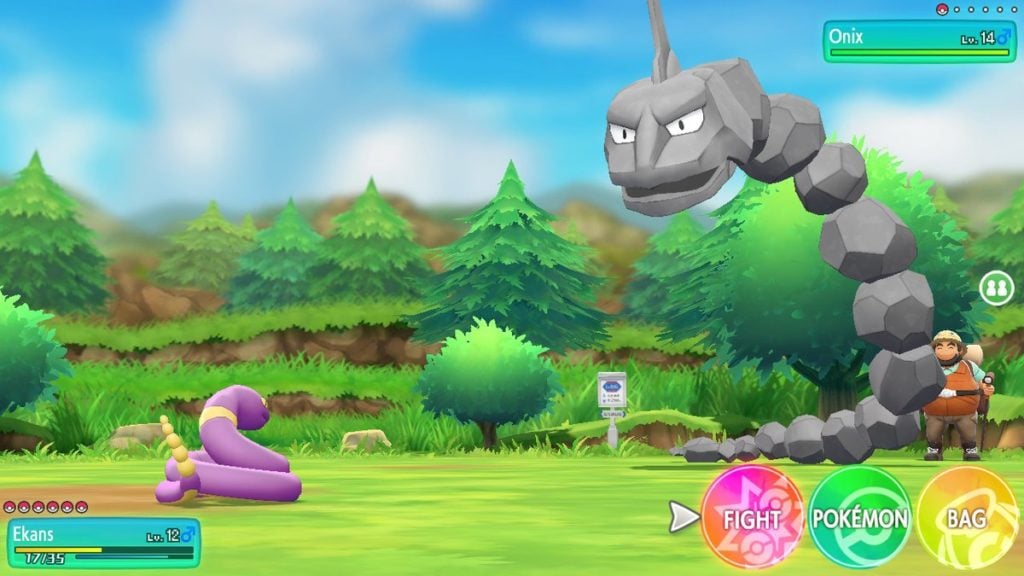 The focus on immersion doesn’t stop with the pokémon. Trainers have all been given new life with expressive/anime-inspired designs. Each type of NPC is significantly more recognizable with more detailed outfits and expressions than ever before. You can see each trainer issuing commands in the background (reminiscent of how Pokémon Trainer is animated in Super Smash Bros.). Each also has unique after-battle animations that help give these NPCs life and personality. 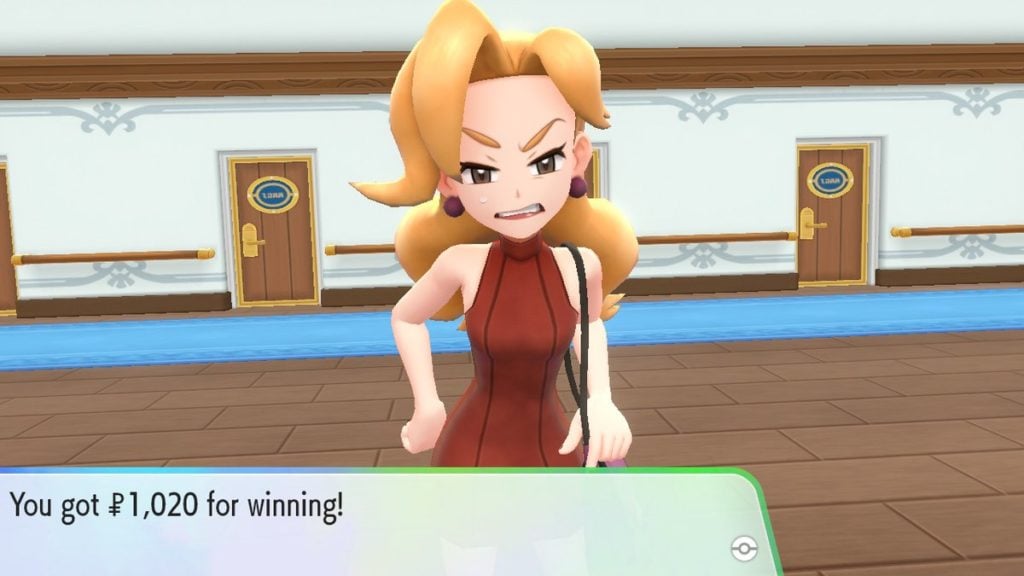 The real star of the show, though, is how the game encourages fostering a bond with your partner Pokémon. The actual interactive elements are adorable, but a bit shallow. They’re somewhat reminiscent of the original Nintendogs in that you can’t do much more than pet and feed them. It’s the more subtle touches like celebrating with your partner after beating a gym, seeing them react to specific setpieces in towns, and experiencing major events with them via all-new cutscenes that help build a true feeling of partnership. 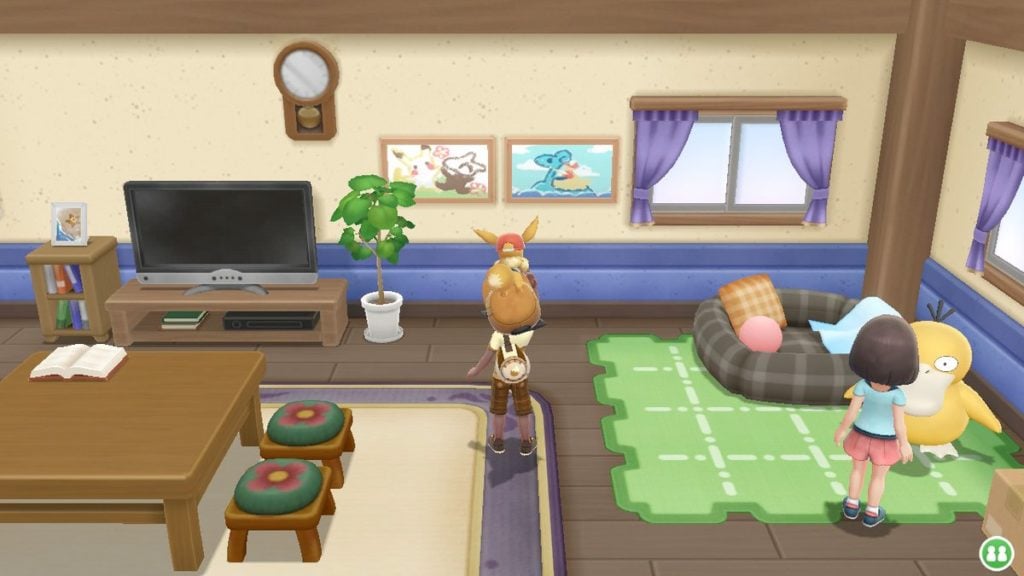 The Devil is in the Details

Just like how Let’s Go subconsciously encourages you to care about your partner pokémon, it’s the little things that really make this Kanto feel alive. Game Freak didn’t create a visual marvel here, but they really did use the extra horsepower of the Switch to revitalize Kanto with a ton more detail than ever before.

Houses often feature varied artwork (especially if a child is living there, in which case there may be hand drawn art hanging up). Detailed pokémon posters plaster the walls of museums and certain shops. The player’s partner pokémon leaps off of them and jumps into battle just like Pikachu forewent the pokéball animation in the original games. All of this and so much more culminates in a revitalization that feels carefully crafted to make anyone who remembers this region as delighted as possible.