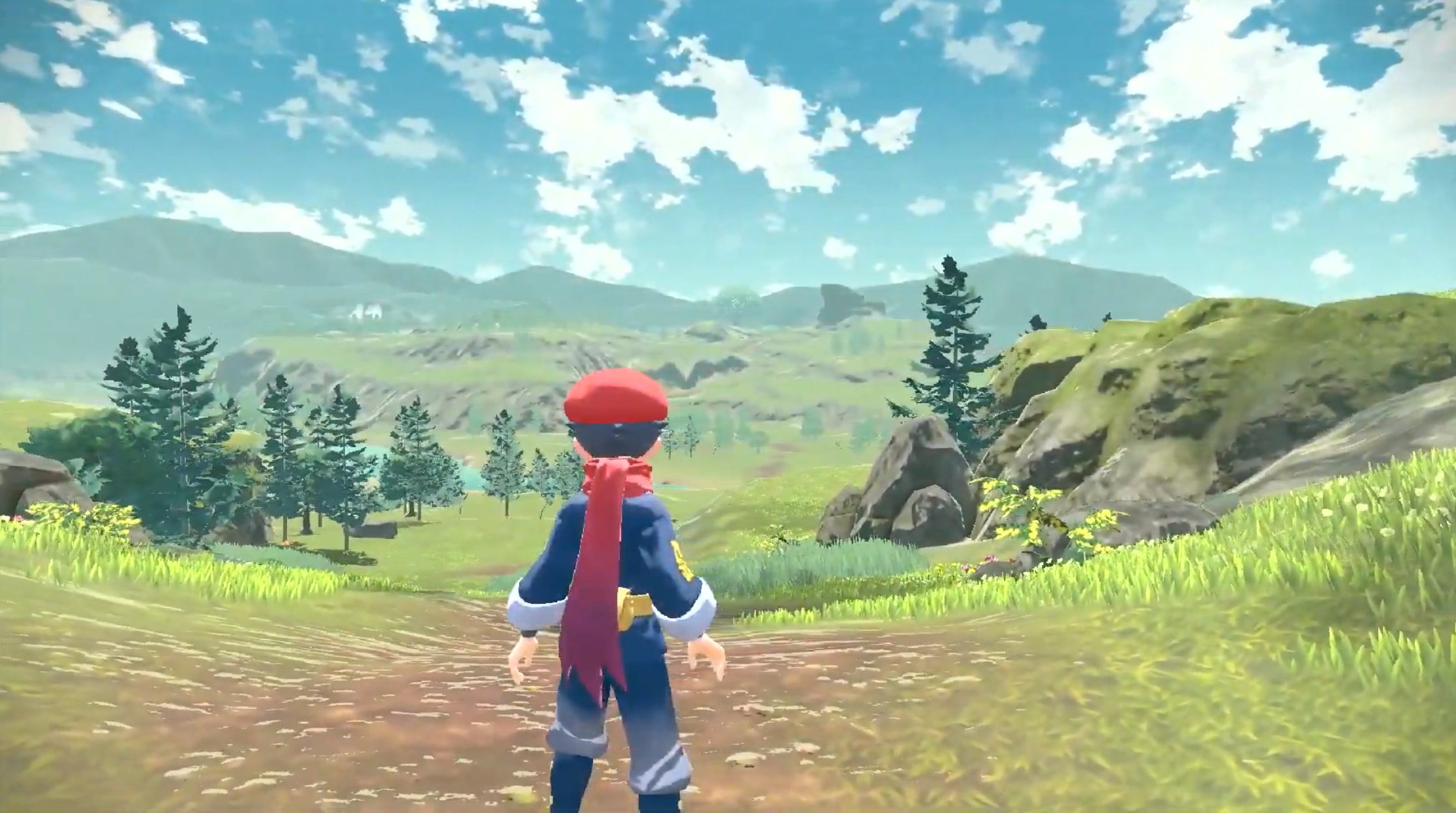 Today’s Pokémon Presents completely blew the recent Nintendo Direct and Sony State of Play out of the water. Although the YouTube premiere was incredibly laggy, it was filled with a ton of nostalgia and plenty of new announcements, both expected and surprising. So let’s make like a Seel and dive right in!

The presentation opened with a video celebrating 25 years of Pokémon. Although it was relatively short, it was a great way to capture all that the series had given fans for the past quarter of a century. This wasn’t just a celebration of the games and the anime. Game Freak also paid homage to tons of products and features that some people didn’t even know existed, like the Mobile Adapter for Pokémon Crystal that allowed you to trade Pokémon over the phone. Needless to say, this was absolutely joyful and a great way to show what the franchise means to so many fans.

Next up was an update for New Pokémon Snap. Pokémon Snap is easily the most popular spinoff game in the franchise and fans have been waiting for a new entry for over 20 years. Fortunately, it looks like they won’t be disappointed. New Pokémon Snap looks absolutely gorgeous with truly beautiful locations and so many different Pokemon in every frame. And while some weird changes were made (apples are now Pluff Fruit?), it seems that everything that made the first game great are all here in New Pokémon Snap. April 30th can’t come soon enough!

After some announcements for mobile game events, it was time for the big guns. The one thing that every Pokémon fan has wanted since Omega Ruby and Alpha Sapphire are remakes of Diamond and Pearl. And it’s finally here! Titled Brilliant Diamond and Shining Pearl, the remakes look like a pretty bare-bones remake. There don’t seem to be any big changes to the gameplay, but the look of the game has taken a somewhat drastic turn.

While battles look similar to Sword and Shield, the overworld seems like the developers were trying to combine the smaller models from the earlier Pokémon games with modern 3D design. It makes the characters look like chibi versions of themselves. A lot of people have already expressed disdain over this, but I’m personally ok with it! They look adorable and I absolutely want figures of all of them.

This also marks the first main line Pokémon game to be sourced to another company. And while ILCA Inc. has only worked on Pokémon Home, they have helped with other games like Nier: Automata and Yakuza 0. Hopefully, these games will have the same level of polish. Brilliant Diamond and Shining Pearl are set to come out in late 2021.

Finally, it’s time to look at the coolest thing to come out of today’s presentation. Pokémon Legends: Arceus looks like the game everyone wanted Sword and Shield to be. It is an action RPG that takes place many many years ago in “the Sinnoh of old.” Instead of multiple large cities, there is a single village. As the player character, you can roam freely as if everywhere is the Wild Area.

Pokemon Legends: Arceus looks completely different from every other Pokémon game. Characters are dressed in traditional Japanese clothing. The Pokeballs are made of wood. The art style appears to be made of brush strokes. And even though there were visible moments of pop in and lag, this is easily the most visually stunning Pokemon game yet.

There’s also a huge air of mystery around the game. What’s the story behind Arceus? Why are each of the starters from a different region? Who is the mysterious professor they refused to name? How do these wooden Pokeballs work without electricity? I can’t wait to find out the answers!

But what has me most excited about this game are the possibilities. Think about it: there can be games going deeper into the lore and history of all the mythical and legendary Pokémon. Or games that take place in specific times in Pokémon history. Wouldn’t you like to play a game during Lt. Surge’s time in the Pokémon Wars? That’s possible now. Pokémon Legends: Arceus is easily the most exciting news to come out of today’s Pokemon Presents. The legend begins in early 2022.

If this presentation was any indication, this is going to be an exciting year for Pokémon. Fans are getting the spin-off sequel they always wanted, the remake they’ve been asking for, and an ambitious new game. Pokémon’s 25th year could be its best ever.