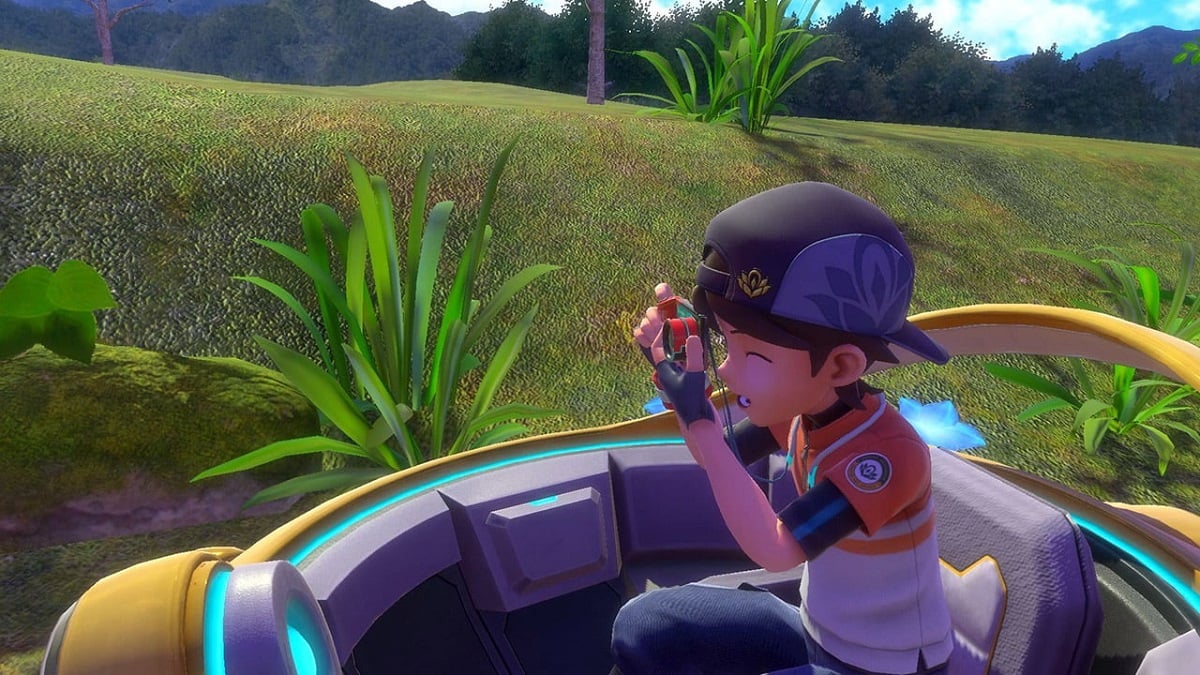 As far as environments go, New Pokémon Snap does a fairly great job of offering a wide variety of landscapes for players to explore. From dense jungles to vast deserts to the seafloor and even a volcano, there are few terrain types that can’t be found in the Lental region.

However, with only a little over 200 Pokémon available in-game, there are still hundreds upon hundreds of others that can be added down the line in the form of DLC. Expansion passes typically get announced ahead of time for first-party Nintendo games though, and Snap is designed in such a way that each course and its lineup of Pokémon are specifically made for each other. What does all this mean? Well, if Bandai Namco develops DLC for New Pokémon Snap, it’ll likely be via standalone expansions that unlock new areas of the map (e.g. The Isle of Armor and The Crown Tundra for Pokémon Sword and Pokémon Shield).

Following this thought process, we’ve come up with six drastically different ideas for DLC courses that we’d love to see offered in the future. Each caters to a different Pokémon type that could use better representation in Snap. Without further ado, let’s get into it!

The Clouds: A Flying-Type Course

The Lental region has a fair number of Flying-type Pokémon across nearly all of its biomes. Nonetheless, one of the easiest sells for a DLC course would be one that took place in the sky. Specifically geared towards researching Flying-type Pokémon not yet encountered in the main campaign, this course could literally take place among the clouds above an unoccupied location on the map. Professor Mirror could make some adjustments to the NEO-ONE to make it fly just like he enabled it to dive deep underwater. Cloud formations and mountain peaks could be used to keep the course visually interesting, and rain or thunder clouds could make for good variations. Heck, maybe Thundurus could even be encountered as an Illumina Pokémon.

City at Night: A Dark-Type Course

While New Pokémon Snap isn’t completely devoid of Dark-type Pokémon, there certainly aren’t many of them. The potential of having a course specifically dedicated to Dark-types is immense, especially if it were only available as a night route. An urban setting during the dead of night could be a perfect fit for this type and serve as a strong contrast to the rest of the game. From running into a swarm of Muk deep in the sewers to encountering Banette lurking in dark alleyways, this course could be a genuinely creepy look at a different side of the region.

Just like with Dark-types, there aren’t many Fighting-type Pokémon in general and only a handful in New Pokémon Snap. Having a “training mountain” route would be the ideal way to encounter a range of Fighting-types and Steel-types. Since a healthy amount of both reside in caves, part of the course could go through one as the NEO-ONE makes its way up the mountain. Though this course is slightly similar to another on this list (and there’s a bit of crossover with the opening moments of the volcano course in the main campaign), Bandai has shown themselves to do an admirable job at making each location feel distinct; there’s no reason they couldn’t do the same for a fighting- and steel-themed mountain.

Bear with me here. Elsewhere Forest is one of the most memorable routes in New Pokémon Snap; the way it uses mist to transport the NEO-ONE to a number of distinct clearings (including ones in different seasons, like fall) is brilliantly executed. However, for as great as those foggy forest sections are, they’re heavily focused on Psychic-type Pokémon. By offering a “magic forest” course as DLC, Bandai would have the chance to create something more akin to Ballonlea from Sword and Shield. Old overgrown buildings, mushrooms and ponds that brightly illuminate the course with a magical glow, and maybe even a giant ancient tree like the one in Laverre City could all be used to make it feel distinct. If they go for a more magical vibe and infuse the forest with a wide range of Fairy-type Pokémon then this could easily be one of the most sought after DLC packs.

The main Pokémon series games have long featured areas haunted by ghosts, be they a man-made gravesite like Pokémon Tower, a natural burial site like Memorial Hill, or a straight-up cemetery like the Old Cemetery in Galar. Thus, it isn’t a stretch to imagine Professor Mirror sending players to an ancient burial ground in Lental for further research, especially since he’s already figured out how to capture ghosts like Gengar on film. This may be the most under-represented type of all in New Pokémon Snap, so fans would likely jump at the chance to fill their Photodex with favorites like Marshadow, Cursola, Mimikyu, and more.

While the most broadly appealing course would likely be sky-themed, the most broadly appealing Pokémon type is likely Dragon. Beloved for their inherently cool designs and move sets, shipping a “Dragon Roost” DLC expansion seems like a no-brainer. To differentiate it from the “Training Mountain” DLC proposed earlier, the course could start at the sea level to give water dragons like Kingdra and Dragonair a chance to shine. As players ascend the mountain they can disappear into the clouds and reappear closer to the summit (similarly to how the Elsewhere Forest operates). This would allow for water dragons, dragons that live in caves, and dragons that are more flight-oriented to all be showcased throughout the same course.