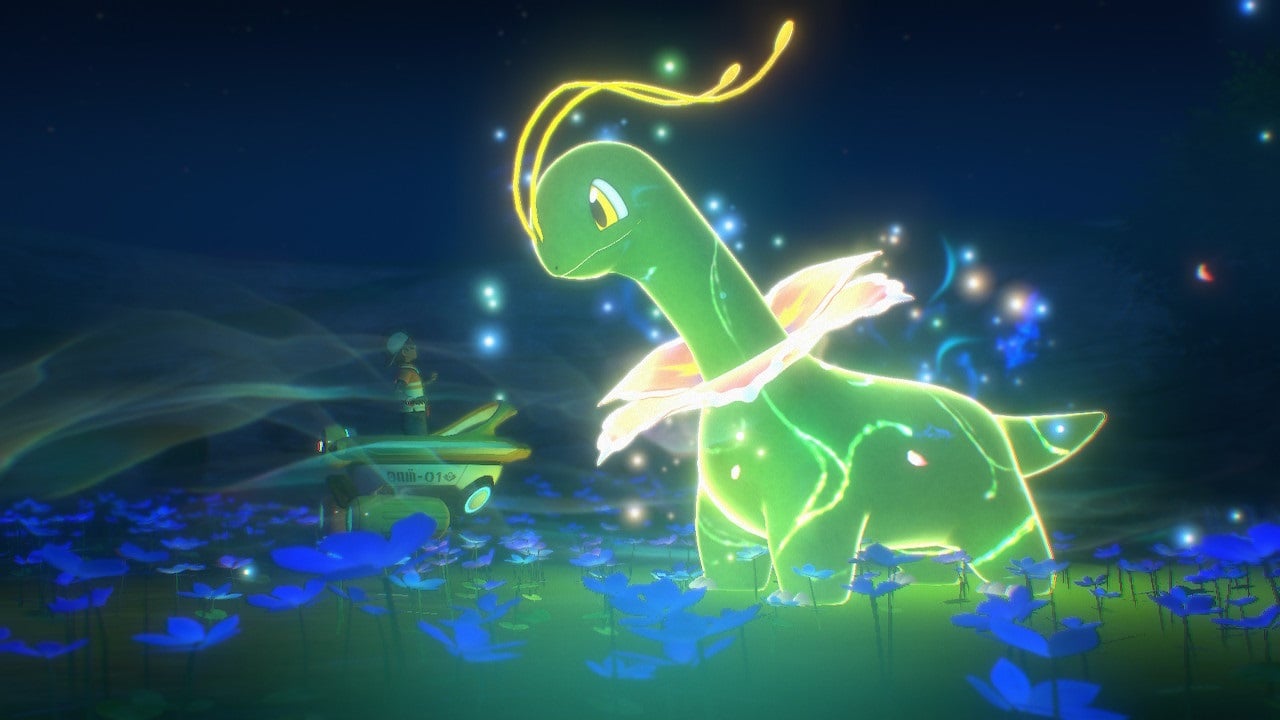 It is not often that long-dormant IPs get sequels in the video game industry, but that’s exactly what happened last June when The Pokémon Company shocked everyone with the reveal of New Pokémon Snap. Coming out over twenty years after the original’s debut on the Nintendo 64, this new entry developed by Bandai Namco Studios captures what made that first photogenic adventure so addicting and serves as an evolution of the formula that brings it up to modern standards.

Just like the original, New Pokémon Snap does not have much in the way of a narrative. Players take the role of a new Pokémon photography apprentice under Professor Mirror, the most acclaimed Pokémon photographer in the Lentil region. His current focus is the mystery of a strange glowing variety of Pokémon called “Illumina Pokémon,” and it is up to the player to help progress his research by going out on expeditions and observing (i.e. taking photos of) different species of Pokémon around the region.

Pokemon Snap has always been distinct in that it is one of the few spin-offs that does not involve any action. Solely built off the strength of the Pokémon series’ characters and world design, Snap is all about observing pocket monsters in their natural habitats and trying to capture their best moments whether they are natural or caused by the player. The structure is simple: choose a location to explore, go on an on-rails tour of that environment, and then head back to the lab to show their best shots to Professor Mirror. The professor will then score each photo based on two metrics: a number of stars (1-4) and a numerical score that determines if those stars are bronze, silver, gold, or diamond. The more elements incorporated into a picture, the more stars it’ll garner. The grading can be frustrating at times–some of my favorite pictures scored worse than throwaways because the Pokémon was a little farther away–but it’s an easy to grasp system overall.

Going through each course is akin to riding a theme park ride but with more interaction. Starting out, players can only passively observe what’s happening around them and take pictures. However, it is not long before fluffruit, Illumina orbs, environmental scans, and more become part of the repertoire. Fluffruit can be used to lure Pokémon closer for a better shot, scans reveal secret routes and points of interest, Illumina orbs can be used to bring light to dark places (sometimes garnering a reaction from Pokémon in the process), and a special melody can be played to wake Pokémon up or make them dance. Each of these has use cases that pop up somewhere along a route, and since routes change over time (including drastic differences during nighttime excursions), this ensures that repeat runs stay fresh by having new things to discover and interact with.

Aside from being where photos are evaluated, the research lab is the main hub through which players can review and edit photos, check out player stats, and access a handy Photodex to learn more about every Pokémon they’ve taken a picture of. This is also where players can access New Pokémon Snap’s online functionality, but the experience is mixed at best. Browsing trending photos and checking out what players from around the world are posting is simple thanks to easily navigable tabs. Checking out what the top 100 players were able capture is a great way to get inspired, and browsing is worry-free thanks to automatic censors that block any photos from routes that haven’t been discovered yet. However, players are limited to having just six pictures on their online profile at a time, and it’s impossible to send photos directly to friends who also have the game. Discoverability is also a mystery without a proper search function or categories to choose from.

Bandai Namco proved how great Pokémon could look years ago in Pokkén Tournament, but this time they’ve truly gone above and beyond. Not only does New Pokémon Snap have the most visually impressive cutscenes of any Pokémon title, but it also boasts the most detailed environments and animations in a Pokémon title. On the one hand, this is to be expected; the entire point of Snap is to travel and take gorgeous pictures, so a ton of resources should go into the graphical fidelity of the game. Still, it’s stunning just how well the team at Bandai has been able to bring the world of Pokémon to life in such a delightful way. From a vibrant seafloor littered with colorful coral to the look of determination a little Pancham has as he practices striking a bamboo stalk, one can only hope that a fraction of this attention to detail translates to the core Pokémon series.

Snap doesn’t just have its presentation going for it; it’s a surprisingly substantial package too. Not only will a playthrough of the main campaign take a good 10 hours or so, but there are plenty of reasons to revisit courses time and time again. For instance, remember that star scoring metric? Professor Mirror encourages players to get a picture of each Pokémon at each star ranking (1-4). That means that if someone wants to “complete” New Pokémon Snap, not only will they have to play each course at least four times, but they’ll have to get significantly different shots of each Pokémon (and that’s not even taking diamond stars into account). It’s an artificial way to extend playtime, but it still gives players looking for more to do an excuse to keep coming back long after the credits roll. And that’s to say nothing of the dozens of side requests players get from Professor Mirror and other researchers for specific shots of certain Pokémon behavior, providing even more challenges to tackle.

For all it nails, one place where New Pokémon Snap may be a bit divisive is its pacing. The tutorial rolls out in an excruciatingly slow manner, holding the player’s hand through every phase of the process and hampering those who want to get right into the action. Then there’s the level system, which requires players to reach level two on a course before progressing in the story and unlocking new areas. This often means playing through the same course two (sometimes three) times in a row to proceed. On the one hand, repeated runs usually involve some type of change to the environment or to the Pokémon found there, pushing players to discover new things and cherish each course before moving on. On the other hand, being forced to play through the same area multiple times to progress will undoubtedly annoy those eager to experience the next location. Removing the level barrier and allowing players to go at their own pace might’ve been a nice compromise, but as it stands the campaign of Snap is rather slow going.

After over two decades since the original, New Pokémon Snap had succeeded in delivering nearly everything fans dreamed of. From a much longer campaign to a wider variety of Pokémon to catch, environments to explore, and an accessible photo editor, this sequel is an improvement in virtually every way. It helps that New Pokémon Snap may just be the most visually impressive Pokémon title out there, serving as a showcase of what the world of Pokémon can look like on the Switch hardware. While the pacing may be a bit slow for some and the online functionality isn’t as robust as it could be, this is nonetheless one of the most relaxing and charming experiences of the year.