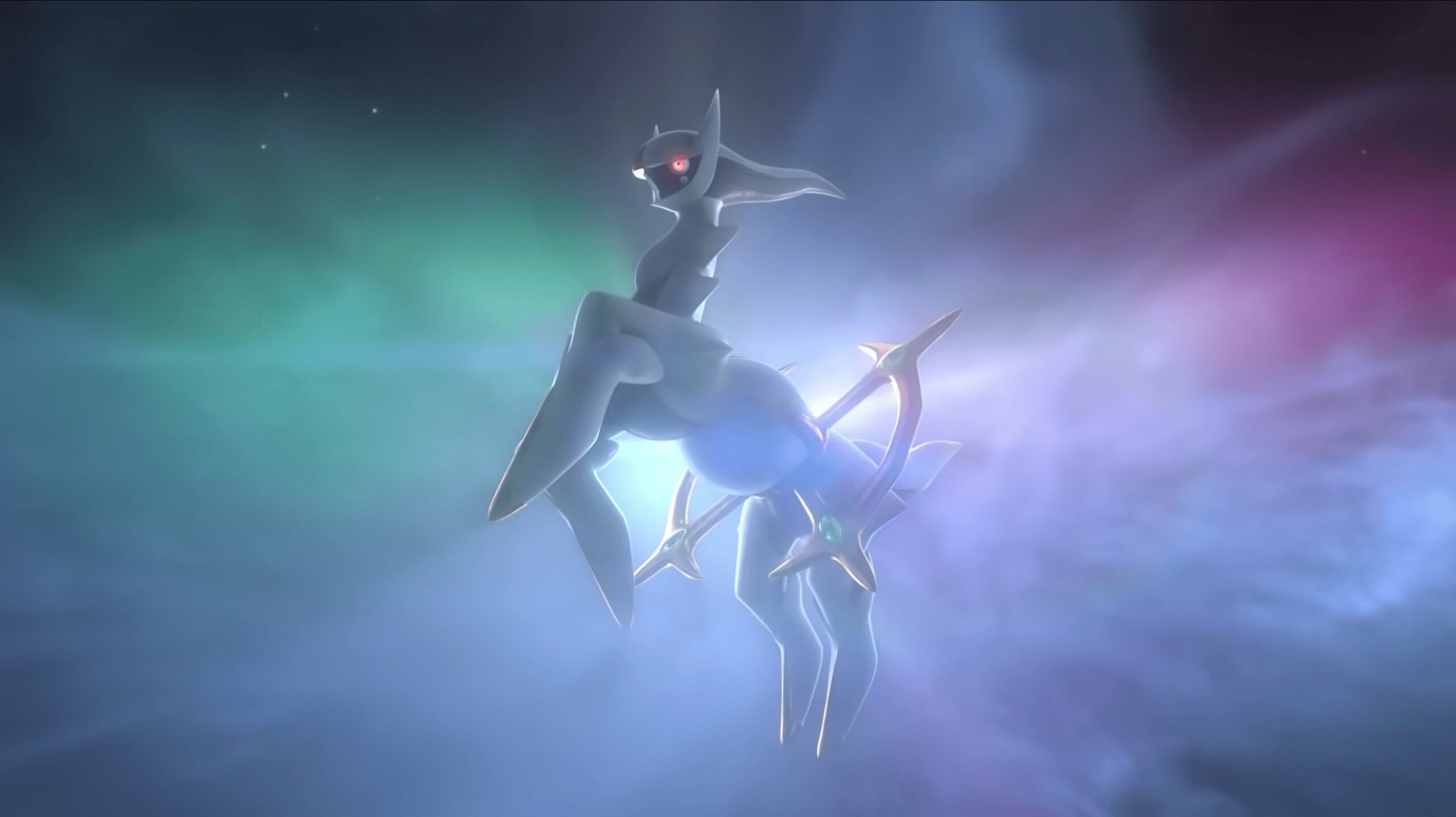 Rather than follow the familiar formula, Game Freak and The Pokémon Company are breaking new ground with the Generation IV remakes, outsourcing the remakes proper to ILCA while they themselves develop a separate game set in the same Sinnoh region, though as it existed in the past. This bold new direction is intriguing, to say the least, but leaves a number of lingering questions concerning the technologies, lore, and legacy of past Pokémon titles. Hope you have a Rawst Berry handy, because here are some burning questions Pokémon Legends: Arceus presents.

In-game technology has been integral to the player experience in Pokémon since day one, from Poké Balls, capable of containing monsters and converting them into energy for storage, to the Pokédex, recording and registering Pokémon seen and caught by trainers as they journey. One of the most essential technologies for trainers in the Pokémon world is the Pokémon Storage System, allowing Pokémon to be stored as computer data and allowing for the automatic transfer of newly caught Pokémon if the player’s party is full. Introduced in Red, Green, and Blue, the Pokémon Storage System has been there from the beginning and is all that players have ever known. The only problem is that it’s already been established that the Storage System was developed by Bill, a Pokémon researcher first introduced in Generation I.

It would make no sense for the Pokémon Storage System to exist in Pokémon Legends: Arceus, so how will Game Freak tackle Pokémon storage from the past? Perhaps a Pokémon will transport players’ Pokémon to a literal storage box, say an Abra with Teleport. Or maybe prior to the existence of the Pokémon League, people carried all of their non-party Pokémon in their bag, which would functionally operate the same as the Storage System after the quality of life improvements it received in Sword and Shield allowing players to access their boxes remotely. In any case, it’ll be interesting to see what Game Freak opts to do.

Pokémon HOME, the current cloud-based, paid Pokémon storage service, is in a very similar situation to the Storage System. Developed by Grand Oak, of unown unknown relation to Professor Oak, HOME not only acts as a safe place for players to store their National Pokédex without restriction, but is also the successor to the GTS (Global Trade System), has unique Mystery Gifts and achievements, and also operates on both Nintendo Switch and mobile platforms, offering complete connectivity to Pokémon GO.

Considering the premium version of HOME is locked behind a paywall, not including HOME connectivity would diminish the value of both HOME and Arceus, particularly after the overblown “Dexit” debacle of Sword and Shield. This dilemma is comparably easy to resolve, especially since Pokémon Gold and Silver introduced the Time Capsule mechanic, allowing players to trade Pokémon back in time to Red, Blue (or Green), and Yellow, which chronologically take place before Generation II. It’s likely HOME and perhaps Brilliant Diamond and Shining Pearl will establish a similar feature permitting players to transfer and trade Pokémon back in time to Arceus.

Speaking of, Pokémon Legends: Arceus also leaves trading in a curious position. A staple of the franchise since the beginning, trading has been all but necessary in the completion of each region’s Pokédex thanks to the existence of version exclusive Pokémon. With the notable abandonment of the dual version release style for this entry, it’ll be interesting to see if there’s a consequential downplay to trading in Arceus. This is especially notable with the game’s emphasis on completing the region’s first Pokédex. Trading, particularly long-distance trading, has always been depicted as dependent on technology in the series, typically requiring a trading machine or the aforementioned Time Capsule in the case of Generation II.

Not only that, for the past four generations trainers have had access to devices allowing them to remotely connect with other players, including the Pokégear and Rotom Phone, devices that would be anachronistic in Arceus’ setting, adding yet another wrinkle in depicting an older period while keeping current day quality of life improvements players have come to expect. Game Freak could reintroduce Union Rooms, rooms in Pokémon Centers where players could connect to battle or trade-in past Pokémon titles, but that would come at the cost of remote interactivity. There’s a decent chance Arceus will take another page out of Breath of the Wild’s book and introduce some sort of retro-tech, Sheikah Slate-like workaround, but allowing Pokémon to play a more pivotal role would add a lot more charm and character. Anything short of carrier Pidgeys (or maybe Sinnoh’s Starly) will feel like a real missed “two birds, one stone” opportunity at resolving the issue and simultaneous, endearing world-building.

Game Freak frequently takes features for a trial run before fully committing to them in the next entry. Generation IV’s Pal Park, for example, made way for a full-fledged follow mechanic in HeartGold SoulSilver, just like how Sword and Shield’s Wild Area is leading into an open-world title in Pokémon Legends: Arceus, presumably with camping taking the place of Pokémon Centers and different biomes taking the place of traditional routes. It’ll be interesting to see if Arceus adopts the Wild Area’s level scaling, however, as overly powerful Pokémon would be a logical method of keeping players on a more predetermined path in the absence of gyms, trainers, and the Pokémon League in particular. Sinnoh may be segmented similarly to the Wild Area where Pokémon levels tended to be higher overall in the northern half of the Wild Area than the more approachable southern half where players first arrive.

Terrain navigation methods, whether mountable Pokémon, moves, or trainer used tools, could also play a pivotal role in Arceus‘ currently opaque progression system, which certainly wouldn’t be a new approach for the series. Perhaps other Pokémon users will operate as precursors to gym leaders, revealing terrain navigation technics, something akin to Surf, Rock Climb, and other HMs, after being bested in battle. Or maybe Alola’s Totem Pokémon and Ride Pokémon will be married into boss Pokémon that operate as proverbial Snorlax blocking the path before helping to navigate the map after being beaten and or caught.

Hopefully, this is where some of those “new action…elements” come into play, offering a Zelda-esque approach to traversal, progression, and puzzle-solving simultaneously for more dynamic gameplay. Alternatively, Game Freak could rely exclusively on level scaling and opt to make this a truly open-world game a la Breath of the Wild, though, without similarly exceptional terrain traversal mechanics, an open world might be more of a hindrance to the Pokémon formula than the progressive leap forward many hope for.

The advent of the “Pokémon Legends” moniker also raises questions about the future of the franchise, namely what the new release cadence will be and what, if anything, is being abandoned in favor of future “Legends” titles. “Pokémon Legends,” with its distinct title coloration replacing the traditional yellow Pokémon text with a blue border in favor of blue text with a silver border, certainly seems to suggest the emergence of a new category of Pokémon game, presumably titles similarly set in the past. The last time something of this caliber occurred was the emergence of the Let’s Go titles, which many fans hoped and anticipated would be Game Freak’s way of reintroducing older generations that already have remakes while simultaneously developing and releasing new generations, definitive versions of those generations, and traditional remakes.

Pokémon Legends: Arceus calls all of that into question as its development culminated in Game Freak outsourcing the proper Generation IV remakes. That in and of itself isn’t a bad thing as it allows Game Freak to shift its focus to new endeavors, however, what’s been shown of Brilliant Diamond and Shining Pearl left many fans disappointed by the direction the remakes are taking. Exploring the past of the Unova, Kalos, and Galar regions in future “Legends” games is an enticing prospect, but will it come at the cost of the quality of other projects, as seems to be the case with the Generation IV remakes?

What of Let’s Go? Last anyone heard, there were no plans for sequels, but longtime producer Junichi Masuda said they were listening to fan feedback and thirteen million units sold speaks for itself. With Game Freak now developing “Legends” titles though, will Let’s Go become part of the regular release cadence or left by the wayside? It’s interesting that Pokémon, known for its consistency and slow evolution, has introduced so much uncertainty to the formula in such a short time. This certainly is a new era for Pokémon. Let’s hope it doesn’t leave us longing for the good old days.

It’s an exciting time to be a Pokémon fan, with so much shrouded in mystery and the future of the franchise set in the past. But if there are any real takeaways it’s that Abras really should teleport extra Pokémon back to players’ boxes. And carrier Pidgeys. Only then will Pokémon Legends: Arceus fulfill its true potential and forever be remembered as the stuff of legend.