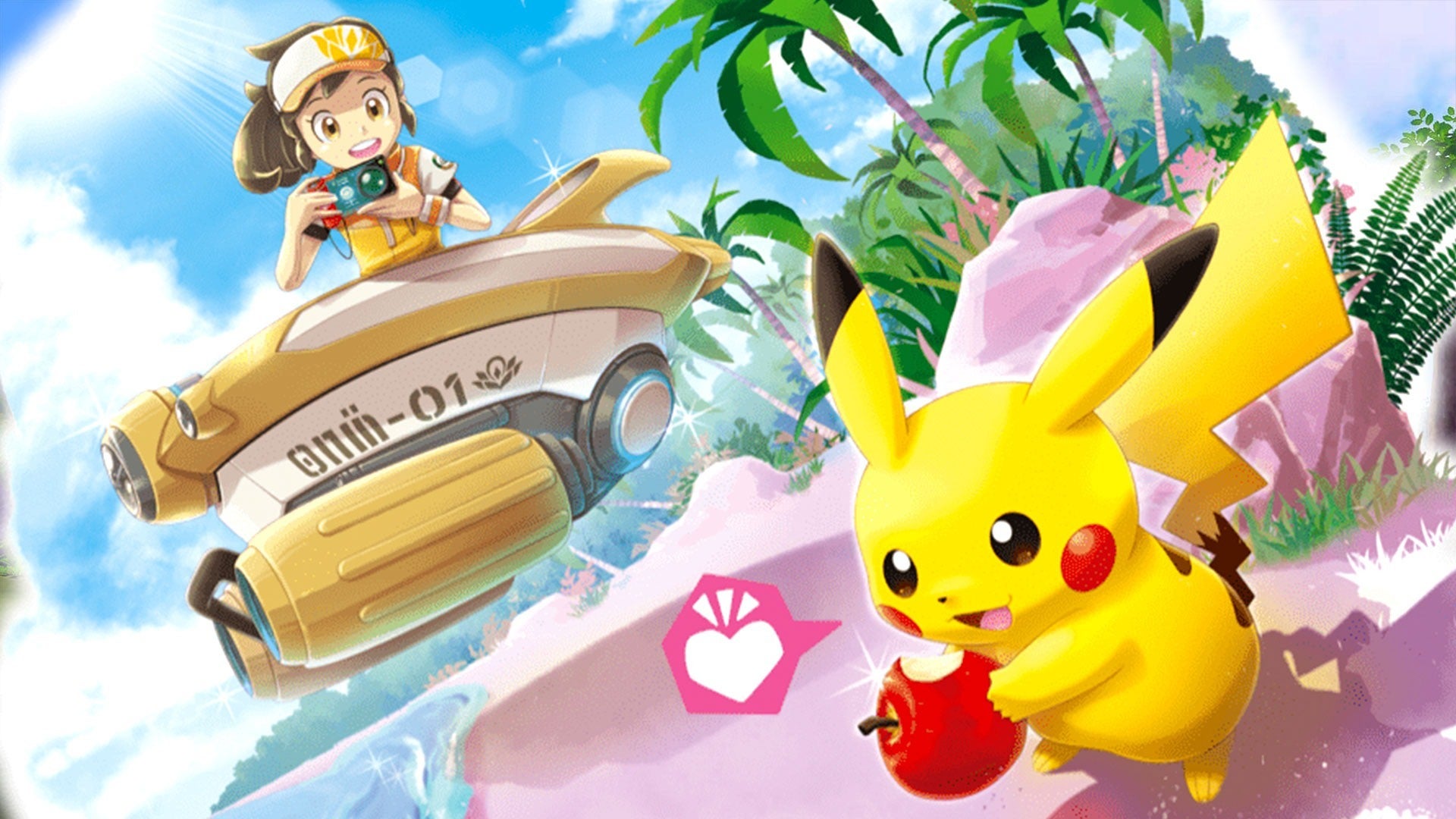 New Pokemon Snap– the sequel to the 1999 Nintendo 64 game Pokémon Snap– has been out just over a week, giving the Internet ample time to get on that related content. As New Pokemon Snap is a photography game- much like its predecessor- fans of the series have taken to the web to post what they have managed to capture in the game. Some are great, some are cute and some are a tad weird. So without further ado, let’s take a look at some of the most eye-catching snaps taken from the game. We will make our way through the New Pokémon Snap subreddit first before we head over to Twitter.

First up is this absolutely adorable photograph of a very cheerful Charmander courtesy of Reddit user darthsaber1989. Look at him! He is so happy with his apple. I feel better just looking at this photo honestly.

She is beauty. She is grace. She will splash you in the face. It was ineffective. Shoutout to xStarfait on Reddit for actually managing to capture a Magikarp looking majestic- rather than it’s usual dopiness-for once.

Any wildlife photographer worth their salt is sure to tell you that the key to getting the perfect shot is patience. That seems to be the situation with this next image from Reddit user cosmic-firefly, who only managed to capture this excellent snap after more than ten tries. If it makes any difference at all, I would say it was definitely worth it for this surfing Pikachu.

Squirtle and Lapras are the kind of family dynamic that we all aspire to in this post from TheZenScientist on Reddit.

I also thought that this Magikarp was just getting a warm hug before I clicked on the full image and read the text underneath. Slight warning, the truth of the matter is a little more disturbing. Thanks to AmzAkazam for this nightmare fuel.

Dang, this is one super pretty and beautifully colourful Steelix. Amazing job with this one from bugtanks33d on Reddit.

Yet another hugely majestic Pokémon snap now with this tail whipping Vaporeon. That lens flare in the top left-hand corner is the cherry on top. Gorgeous work from whenthedinosdie on Reddit.

This one is a highly relatable meme from Finally_Smiled on Reddit. This post is spitting straight facts. The adorableness really is enough to drive a grown man to tears. Protect them at all costs.

There were tons more awesome New Pokémon Snap posts over Reddit but I couldn’t include them all for fear of writing an essay so I will link the subreddit here so you can check out more for yourself if you so choose. Now, on to my finds from Twitter! First we have a Twitter user who used a snap sent to them by their friend to make some fantastic art. The picture is a rather relaxed-looking Sableye just chilling out and also kind of judging you. I couldn’t find the friend who took the original snap but the Twitter user who made the drawing and posted the image is @go_lurk. Why do I feel like this Sableye is better than me in every way? His steely gaze is lowering my confidence by the second.

i asked for a pokemon snap to draw and a friend delightfully obliged with sableye vibing pic.twitter.com/Pgxu1zQlgx

An account that is aptly named @The_Sableyes doesn’t actually have a Sableye snap to share (which is good as I don’t think my self-esteem could take another hit) but they do have a great picture of Wooper and two Quagsire’s with a very accurate caption. This is far too relatable, to be honest. I feel you Wooper.

8 year old Me at the shops waiting for mum to stop talking to her friend so I could go home and play Pokémon snap. pic.twitter.com/0BUHtnI8b4

@inkydojikko goes a different route with these snaps, choosing instead to find accurate vine screenshots to match the corresponding pictures. The results are as beautiful as they sound. Make sure to scroll down the thread to see the other vine/snap comparisons. My favourite has got to be the “It is Wednesday, my dudes” Spider-Man guy and Pidgeot. Beautiful.

A few snaps from the Out of Context Pokémon Twitter next –@OoCPokemon. First, we have a rather perturbed-looking Sobble. Why is he so mad? What did you do?

A beautiful parent and child moment with this Kangaskhan holding their little pouch baby. This is a genuinely moving shot and I am definitely not crying.

Zangoose is having none of your apple bait today. I love this one so much as it genuinely looks like Zangoose is a child throwing a tantrum and refusing to take your bribes. Art imitates life.

I cannot express the sheer adorable nature of this Eevee. It is genuinely killing me. Literally. I have to move on or I will succumb to it.

And finally, Bulbasaur has enough of your nonsense for one day.

this such a mood pic.twitter.com/rxS0lL7BEq

New Pokémon Snap is out now for the Nintendo Switch, so get out there and start taking your own Pokémon snaps!