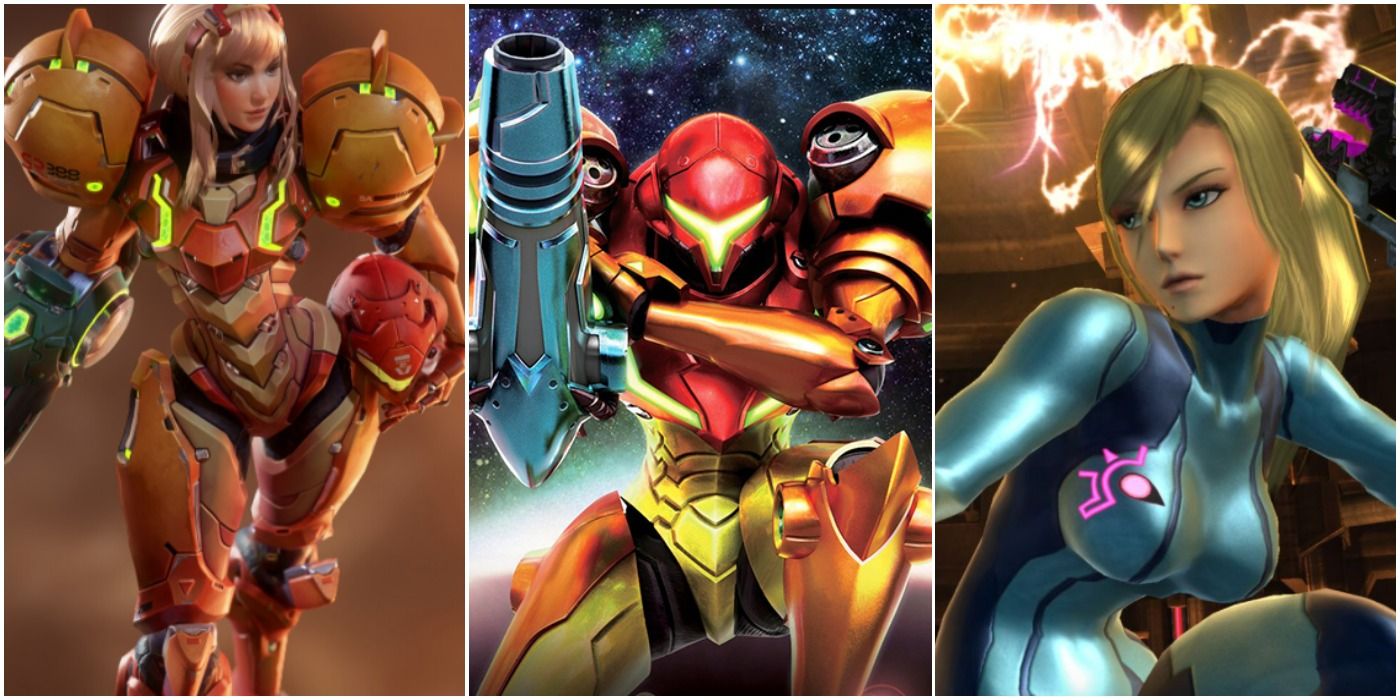 The last decade or so hasn’t been kind to fans of Nintendo’s Metroid series. Since the release of Metroid Prime 3: Corruption nearly ten years ago, Nintendo has released only two new Metroid games, Metroid: Other M and Metroid Prime: Federation Force. The former, while far from the objectively bad dumpster-fire that it has often been portrayed as on the Internet, was still received poorly by fans and critics, with most of the criticism focused around Samus’ role in the game. While series co-creator Yoshio Sakamoto was ultimately accountable for the less-than-stellar storytelling, Nintendo, by sharing development with Team Ninja (a company known for its flat, boring, and over-sexualized take on female characters), all but guaranteed that Other M wouldn’t be remembered for it’s frantic, fast-paced, and fun gameplay, but for its colossal mishandling of one of gaming’s most beloved female protagonists. For Other M, great gameplay and impressively rendered visuals simply weren’t enough to save it from the ire of gamers and critics alike.

Last year’s Metroid Prime: Federation Force was a tale told similarly, failing to leave a positive impression upon the majority of reviewers. While it didn’t garner the same level of hatred assigned to Other M, it did little to assuage gamers who saw its Metroid elements as a simple means to promote the multiplayer-focused Blast Ball. Released absent the Metroid name, it’s safe to say that Federation Force wouldn’t have amassed the amount of negative feedback that it did. While not an objectively bad game, it still missed the point of Metroid, and failed to grasp its ethos, the foundation upon which all good Metroid games are designed; isolation. While not as contentious as Other M, Federation Force left the wrong impression on gamers, making Nintendo seem more concerned with marketability than creating quality games.Samus is right here. ‘Other M’ certainly wasn’t a great game.

Nintendo need not let one of their premier franchises languish under the shadow of it’s most under-performing entries. Far from that, they should embrace a franchise that, while not their most popular, is still as iconic as any. Metroid serves as one of Nintendo’s only teen-and-adult focused franchises and a means by which they can easily appeal to gamers impressed by Microsoft and Sony’s bevy of mature-focused, AAA games. Given that the Switch is trying to target millennials, releasing a new entry in the Metroid series would serve as an effective vehicle for capturing the attention of the modern, AAA-focused gamer.

There is a reason why Metroid Prime is the best selling game in the series, selling almost three million copies on Nintendo’s wildly-underperforming GameCube; it knew how to appeal to traditional AAA-focused gamers. Metroid Prime and its two successors were able to generate excitement because of their ability to reach across the gulf that has separated Nintendo and AAA-focused gamers ever since Sony took control of the market during the heyday of the PS1. Their darker tone coupled with excellent first person gameplay and spectacular visuals proved interesting to gamers not usually attracted to Nintendo’s typical smorgasbord of light-hearted, colorful titles.‘Federation Force,’ while not quite as bad as ‘Other M’ didn’t impress ‘Metroid’ fans too much upon its release in 2015.

That’s why Nintendo needs Metroid back now more than ever. When Other M was released in 2010, Wii sales were strong enough to make its failure to impress consumers, while disappointing, a non-factor. However, with the failure of the Wii U,  Nintendo hasn’t possessed the financial flexibility, until recently, to take the small amount of risk associated with a franchise like Metroid, especially with the cost of developing for a HD platform such as the Wii U. While Nintendo was smart to skip developing a Metroid game on the Wii U, given its titanic demise, the Switch has enjoyed such a strong start that there has never been a better time to release a new Metroid game since Prime‘s release on the GameCube.

If, as Metroid Prime did, a new game in the series can reach audiences typically outside of Nintendo’s sphere of influence, then Nintendo can offer a polished, AAA experience exclusive to the Switch, an essential task if they are to recapture the market they lost in the transition between the SNES and the N64. They’ve weathered one of the greatest financial hurdles in their modern history and its time that they take a risk, lay their cards on the table and develop a new 3D Metroid game.  While 2D Metroid games are action-packed, excellent experiences rivaled only by a select few of Nintendo’s classics, they lack the mass appeal that the games in the Prime series have, diminishing their ability to serve as the outreach that Nintendo needs to challenge Microsoft and Sony’s grip on AAA gamers. With Microsoft set to take the wraps off of Project Scorpio sooner rather than later, it behooves Nintendo to set their sights on capturing marketshare before it releases.

Fresh off of a new Zelda game that has outsold the console that it was released alongside and with anticipation mounting of a new 3D Super Mario title that seems poised to return the series to classic Super Mario 64 style, Nintendo should revive another classic series and cement the Switch as a must-have console. The Metroid series is one of Nintendo’s oldest franchises and its time that they hasten its return. While Nintendo is far from having to pander to AAA-focused gamers, a new 3D Metroid game could serve as an instrumental tool to continue growing their brand and expanding their market. While any new Metroid game may carry with it the risk of a reception as poor as Other M’s, Nintendo now has the financial wherewithal to stand boldly in the promotion of their flagship franchises, a position they haven’t enjoyed in almost five years. It’s been nearly ten years since the last critically acclaimed Metroid game, a streak too long for a series of such pedigree. It’s time that Nintendo changes that; it’s time for a new Metroid game.