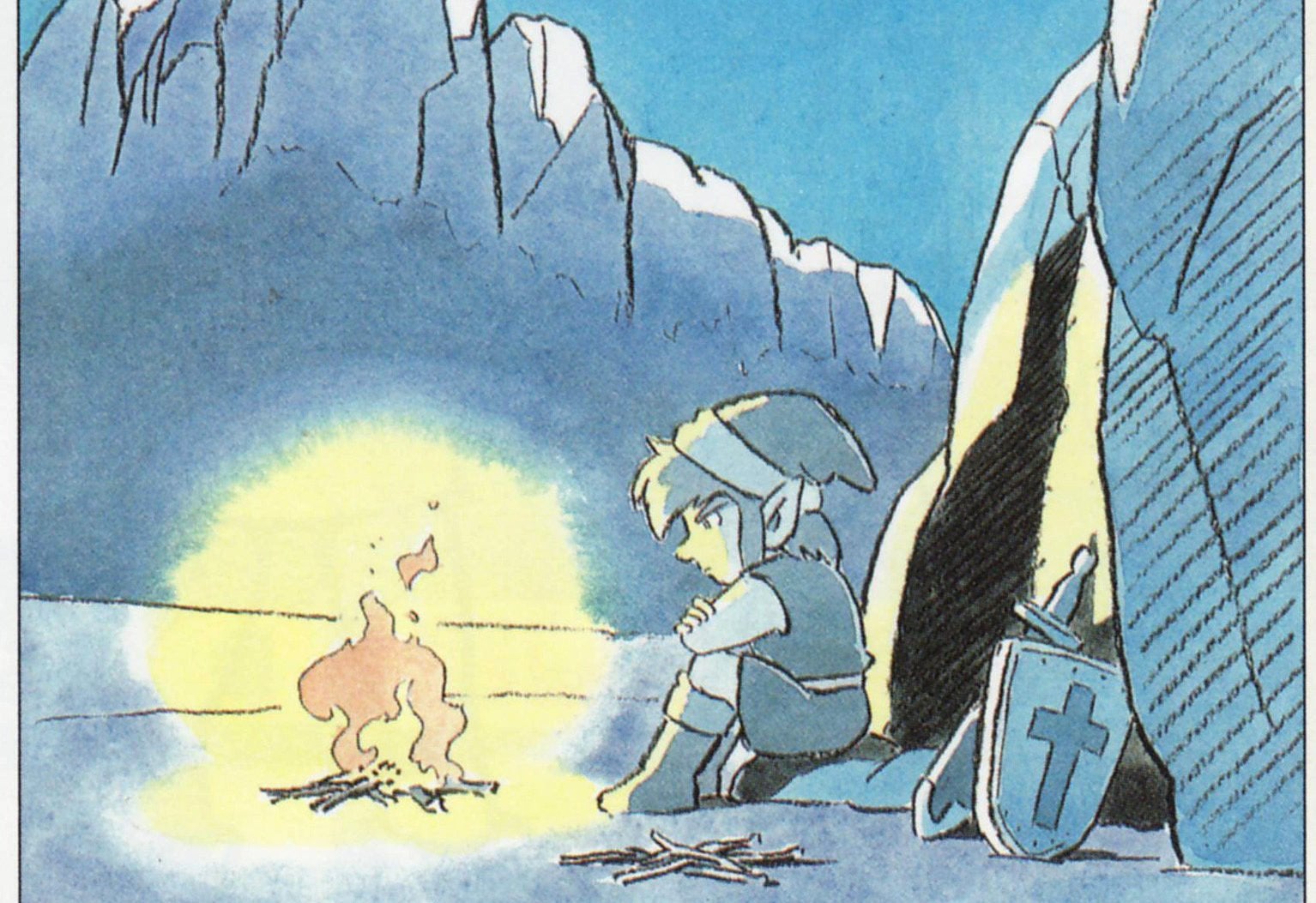 ‘Hyrule’ is synonymous with The Legend of Zelda. The series’ most prominent fictional kingdom, it has appeared in eleven main entries over the past thirty-five years, each new depiction building off the last. Although Breath of the Wild features a Hyrule on the cusp of collapse, with Link’s adventure mostly spent in solitude, the setting had never been brought more to life; populated towns are always on the horizon, and the general aesthetic emphasizes the nation as a living, breathing world — a far cry from the original Legend of Zelda’s kingdom.

Hyrule, as depicted in The Legend of Zelda,is a desolate wasteland — not on the brink of destruction, but properly taken over by Ganon. While The Adventure of Link suggests that Link’s adventure in the first game was only spent in a small portion closer to Death Mountain, this does not change just how hostile Hyrule is in its first incarnation. From the enemies to the aesthetic, as well the general layout, the Hyrule Fantasy is one built not just on solitude, but loneliness.

Where Breath of the Wild pushes the idea that Link is alone, The Legend of Zelda forces said solitude to the point of isolation. What few NPCs there are reside inside of caves, often tucked out of the way, offering brief moments of respite from a gauntlet of exploration. Even then, not all NPCs serve in benefit of the player, with some existing solely to rob Link of his rupees. Aside from the sagely Old Man, Hyrule’s inhabitants are not exactly friendly, and those that do not exhibit much in the area of discernible personalities or traits.

Of course, this is not a problem by any means; rather, it’s a strength. What makes the first Legend of Zelda so unique is just how well it utilizes its world on an atmospheric level. When every NPC is tucked away in a pitch-black cave, it’s hard to get the impression that the world is anything resembling friendly. Even if the NPCs themselves are kind enough to offer Link a Heart Container or Magic Sword, the fact that they’re hidden away in caves — typically on screens featuring more than a fair share of enemies — speaks volumes.

Hyrule is so overrun with Ganon’s minions that its citizens are forced to take to the underground. While NPCs in caves are likely the result of hardware limitations on the Nintendo Famicom, such restraints are exactly why Hyrule’s freshman outing remains so compelling three decades after the fact. Simply pushing NPCs to the side in a cost-cutting manner ensures that players perceive enemies (and Ganon) as a bigger threat.

Said NPCs are also always alone — a clear result of yet another limitation, but one that ultimately benefits the experience. Every encounter is meaningful because Link is usually encounterless. Enemies exist to stand in Link’s path, but they are not friendly faces, and instead actively attack the player. They coexist with Link in the world, but in a way that doesn’t diminish any given player’s inherent isolation. If anything, Hyrule’s loneliness is only emphasized by how often Link must tear through enemies. Ganon’s minions have solidarity with one another, where Link has none. He is a literal one-man army.

Visually, the color direction also helps give the impression that Hyrule is far past its prime. Although earlier screens do place an emphasis on greenery, the road is always a static beige. Conceptually, it’s quite clear that said stretches of beige are merely meant to represent dirt roads, but the decision to pair beige with green — and later beige with brown — only furthers the image of a decayed kingdom. Hyrule’s flora is dwindling, an idea that is placed on full display as Link enters a dead tree to enter the series’ first dungeon.

It isn’t just Link or the player that’s lonely in The Legend of Zelda, however; it’s also Hyrule itself. The land embodies a hostility the likes of which the series has never seen since, making the loneliness in the first Legend of Zelda more potent simply by how quickly Nintendo abandoned that feeling for sequels. In more ways than one, this makes a considerable amount of sense; with the progression of technology, it would be foolish not to show audiences that video games could create living worlds.

Zelda II: The Adventure of Link immediately places an emphasis on Hyrule’s many townships. No longer are NPCs relegated exclusively to caves, but they live and move about towns as if on a schedule. These pockets of civilization play such a large role in Zelda II that Link periodically needs to stop by new towns in order to complete quests that reward progression with essential magic. In the same way that The Legend of Zelda’s Hyrule is built on a lonely foundation, Zelda II builds itself on an inhabited world that players must interact with.

Although A Link to the Past follows the original Legend of Zelda in terms of structure, game design, and overworld, it lifts its actual world design philosophies from Zelda II. Hyrule is not decaying; if anything, A Link to the Past’s Hyrule is at a social peak. The world is colorful, vibrant, and brimming with life. There aren’t as many towns as in Zelda II, but the ones that are present feature NPCs with defined personalities that breathe life into the land.

Even when Link transitions into the Dark World after fighting Agahnim, Hyrule never feels as lonely as it once was. The danger is very much real, and A Link to the Past masterfully shows off the disparity between kingdoms in quite the morbid manner, but that loneliness isn’t present. Link can still return to an inhabited world at will, and at many points throughout his adventure, he even has to. It makes perfect sense why Nintendo would take such an approach, and it definitely works.

Breath of the Wild is proof that The Legend of Zelda’s desolate Hyrule is probably a relic of the past at this point. This is not to say that it should return, however; Hyrule, as it was, is a product of its era, built on technological limitations and fresh design philosophies. Nevertheless, it is important to recognize that this is by no means bad, and does not in any way signify that The Legend of Zelda is an inferior experience as a result. Time and time again, limitations prove to be important, allowing creators to refine their ideas. The original Legend of Zelda may not be the game Nintendo envisioned in full, but why does that make it any lesser?

The Legend of Zelda is a lonely game, reflective of an age gone by. It is home to certain oddities and eccentricities that simply will not make it into a new installment, and every installment since has gone to great lengths to create a living world. Yet, at the same time, striving for such a world only obscures one of Zelda’s initial defining features. In its own franchise — one whose latest entry deliberately styled itself off its progenitor — The Legend of Zelda remains the loneliest game in the series. But there’s nothing wrong with being lonely every now and again.