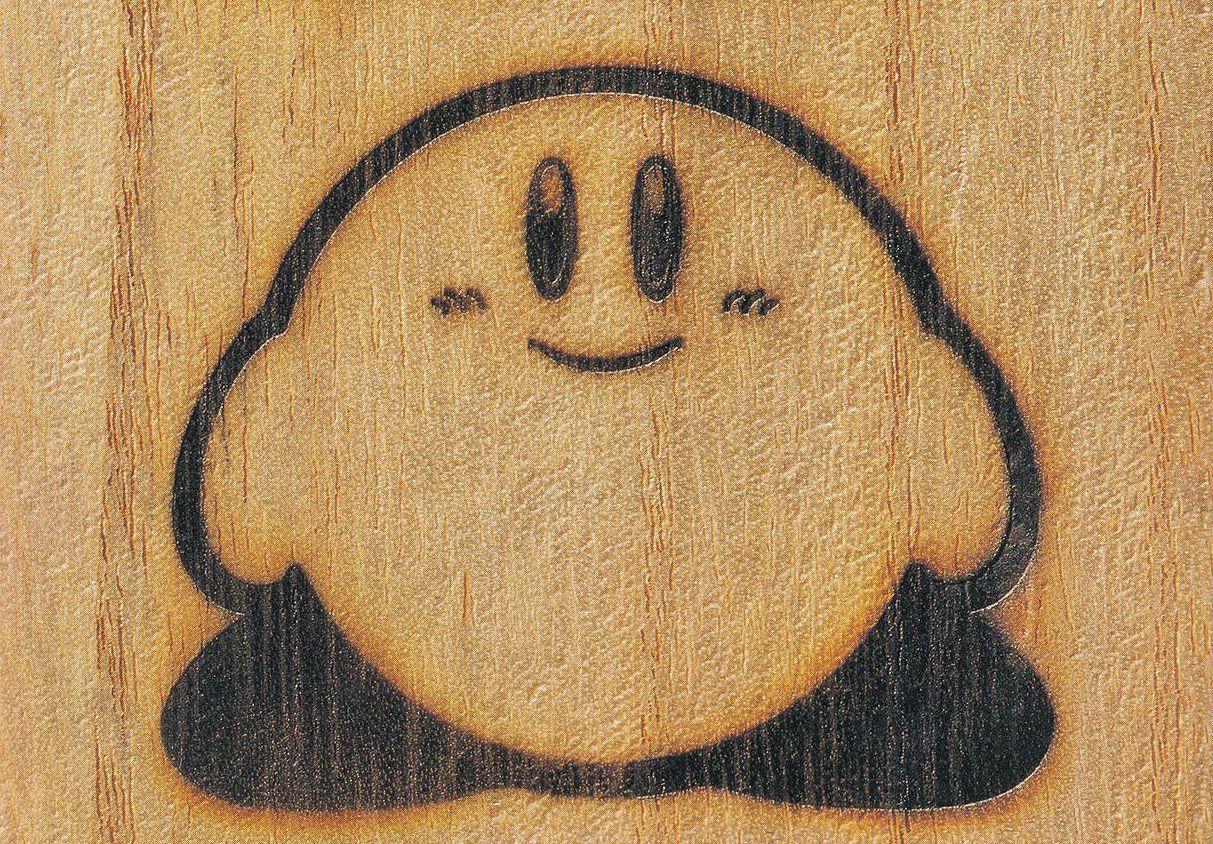 Out of all the super-tough pink puff’s classic mainline entries, Kirby Super Star on the Super Nintendo undoubtedly contains some of the franchise’s most fascinating trivia. Hailed for being one of series creator Masahiro Sakurai’s greatest creations, Super Star is the ultimate Kirby palooza of adventures across Planet Popstar and its milky way full of wishes. From the game’s creation to its marketing, these are some of the amazing facts you did not know about HAL Laboratory’s Super Nintendo masterpiece.

Kirby Super Star’s box art is a peak example of what the Super Nintendo’s library of incredible packaging had to offer across the globe. While most players will rave how the game came included in a flashy cardboard box featuring art of Mirror Kirby and bright yellow stars, Japanese audiences received a different case that holds a special meaning–figuratively and literally. Kirby Super Star’s distinct Japanese packaging and title were created by copywriter, director, and Earthbound creator Shigesato Itoi who became close with Sakurai thanks to former Nintendo and HAL Laboratory President Satoru Iwata.

Towards the end of Kirby Super Star’s development, Sakurai and his team of developers were extremely proud of the final product they created. The team wanted their pride to be shown through the game’s shelf presentation. Due to Kirby Super Star’s sense of “richness” in terms of scope and variety, the team believed their magnum opus deserved to be sold in the same elegant packaging as high-priced sake and dishware sets. For this reason, Itoi and Sakurai decided to base the game’s final packaging on that of a paulownia box, a wooden chest designed to hold special gifts.

As for the name, originally Sakurai and his team wanted Kirby Super Star’s Japanese title to be “Kirby of the Stars: Active” because of how much was going on in the game. However, before finalizing the title, Itoi provided multiple alternate suggestions to Sakurai after seeing the full game for himself. The “Super Deluxe” subtitle Itoi came up with stuck with Sakurai as the name coincides with the Kirby creator’s idea of the game being similar to that of an omnibus volume–but more on that later.

Fun fact: Kirby’s Dream Collection for the Nintendo Wii has a case that makes a direct callback to Super Star’s Japanese packaging. The cover for the game worldwide may not have been designed by Shigesato Itoi, but it does pay homage to his idea of the art reflecting that of a paulownia box.

He may not have been the first person to technically voice Kirby, but the pink puff’s creator has actually lent his voice acting talents to his character before. While he is famously known for voicing King Dedede in Kirby 64: The Crystal Shards and the Super Smash Bros. series, Sakurai did one line for Kirby long before he was the voice of his greatest food-loving rival. Kirby Super Star contains one full spoken word for Mike Kirby. The line “Chesto!” was done by Sakurai as a complete joke, but made its way into the final game nonetheless.

During a recording session for Kirby Super Star, Sakurai had randomly yelled the phrase through the recording booth window to a group of strangers working in the studio before HAL Laboratory’s team was allowed in. “Chesto” is a battle cry that Japanese samurai and martial artists shout before engaging in an important fight. Sakurai’s opportunity to confuse everyone in the room for a short moment will forever be sealed in Mike Kirby’s immense power!

The Game’s Scenary Was Actually Made From Pre-Renders

Saying that Rareware’s Donkey Kong Country game changed the gaming industry would be an understatement. The game’s visual quality swept through the ranks of Nintendo’s staff and became an inspiration for the company’s first and second-party developers. After being amazed over what Rareware was able to accomplish using computer-generated pre-rendered graphics, Sakurai decided his team should start Kirby Super Star’s art from scratch. The game’s original sprite-work was practically all thrown away in favor of using the new technology Rareware’s staff was pioneering to create heavily-detailed backgrounds and atmospheres.

In the image above, readers can see how just two small sections of the Halberd battleship and Great Cave Offensive’s scenery were originally designed as pre-rendered models with reflective surfaces and depth. Somewhere out there on a drive, almost every one of Kirby Super Star’s maps exists in a three-dimensional space! While the models may look dated by today’s standards, for 1995 it is impeccable how much detail was crammed into these pre-rendered creations–especially when considering that they were made to be pixelized and compressed for a side-scroller!

Not every one of Kirby Super Star’s scenery landscapes was made from pixelized versions of computer-generated pre-renders though. “Setsuna no Mikiri”, known to western audiences as Samurai Kirby, has a title screen that is notably one of these few exceptions. Sakurai made the entire background scene by hand-drawing it on paper. Inspired by classic Japanese illustrations, Sakurai actually sketched and water-colored the title screen of the reflex-based sub-game before importing his work into a digital file. Using a similar technique as the game’s more complicated computer-generated backgrounds, Sakurai’s drawing for the bamboo forest was converted to pixels for the final game.

There Was Almost a Horror Game

In the original pitch for Kirby Super Star, Sakurai wanted one of his planned seven games to be Kirby’s first venture into the horror genre. In a blend between the gameplay of Milky Way Wishes and The Great Cave Offensive, Sakurai wanted Kirby to find himself trapped in a haunted mansion. The idea of the proposed “Kagero Mansion” game mode was to have Kirby’s mouth sewn shut by a mysterious dark force’s curse. In the planning documents, Kirby would not have been able to use his iconic power of inhaling. Dream Land’s hero would have only gained copy abilities from touching select items like a candlestick for fire.

Despite Sakurai’s interest in creating a Kirby horror game, “Kagero Mansion” never came to be due to the development team having their hands full with Super Star’s other ambitious content. While it may not be the same, at least Ghost Kirby has become a reoccurring power-up and character throughout the franchise!

Marx’s Original Design Did Not Pass

It has been confirmed on multiple occasions (such as during a Super Smash Bros. Ultimate, Mr. Sakurai Presents presentation) that Kirby Super Star’s lead creator and director was not entirely satisfied with Marx’s final design. While Sakurai still adores his backstabbing jester, he wishes that Kirby’s final foe could have been scarier. According to Sakurai, Marx’s original design did not make it past HAL Laboratory and Nintendo’s approval. Both parties agreed that the villain should be presented as less terrifying for the sake of the pink puff’s wide audience of casual players. No matter what his original vision may have been, there is no way Marx could have been anywhere near as terrifying as Zero!

Sakurai is Playing All The Demo Screens

Have you ever wondered who the person playing through each of Kirby Super Star’s games was on the idle demo screens? It probably never crossed your mind, but the answer is of course Sakurai–which is actually more uncommon than you would think. While the director never created the idle demo screens for the previous titles he worked on, Sakurai decided to have a hand in the reels seen throughout Kirby Super Star. Perhaps his experience making the short videos went on to inspire the detailed how-to-play videos of Kirby Air Ride, Super Smash Bros., and Kid Icarus: Uprising. If you learned to play Kirby Super Star from watching the demo screens, you secretly were being taught by a twenty-five-year-old Sakurai!

The Game’s Marketing Was Vastly Different in Japan

Kirby Super Star has always been presented by Nintendo as the “all-in-one” Kirby package, a bang-for-your-buck extravaganza. The advertisements for the game in Nintendo Power Magazine speaks for itself: it was marketed as a smorgasbord of Kirby adventures packed with variety. However, back in its home turf, the game’s value as a product was presented in an entirely different way.

As mentioned before, Sakurai considered Kirby Super Star to be an omnibus–a volume containing multiple works from the same creator or author. The game’s Japanese name is even Kirby of the Stars: Super Deluxe, and for those unaware, omnibuses are typically referred to as “deluxe editions” of stories. Overseas, Kirby Super Star was advertised as HAL Laboratory’s ultimate collection of Kirby adventures, while everywhere else it was presented as one gigantic variety pack. The game has never once been referred to in its advertising as an omnibus outside of Japan.