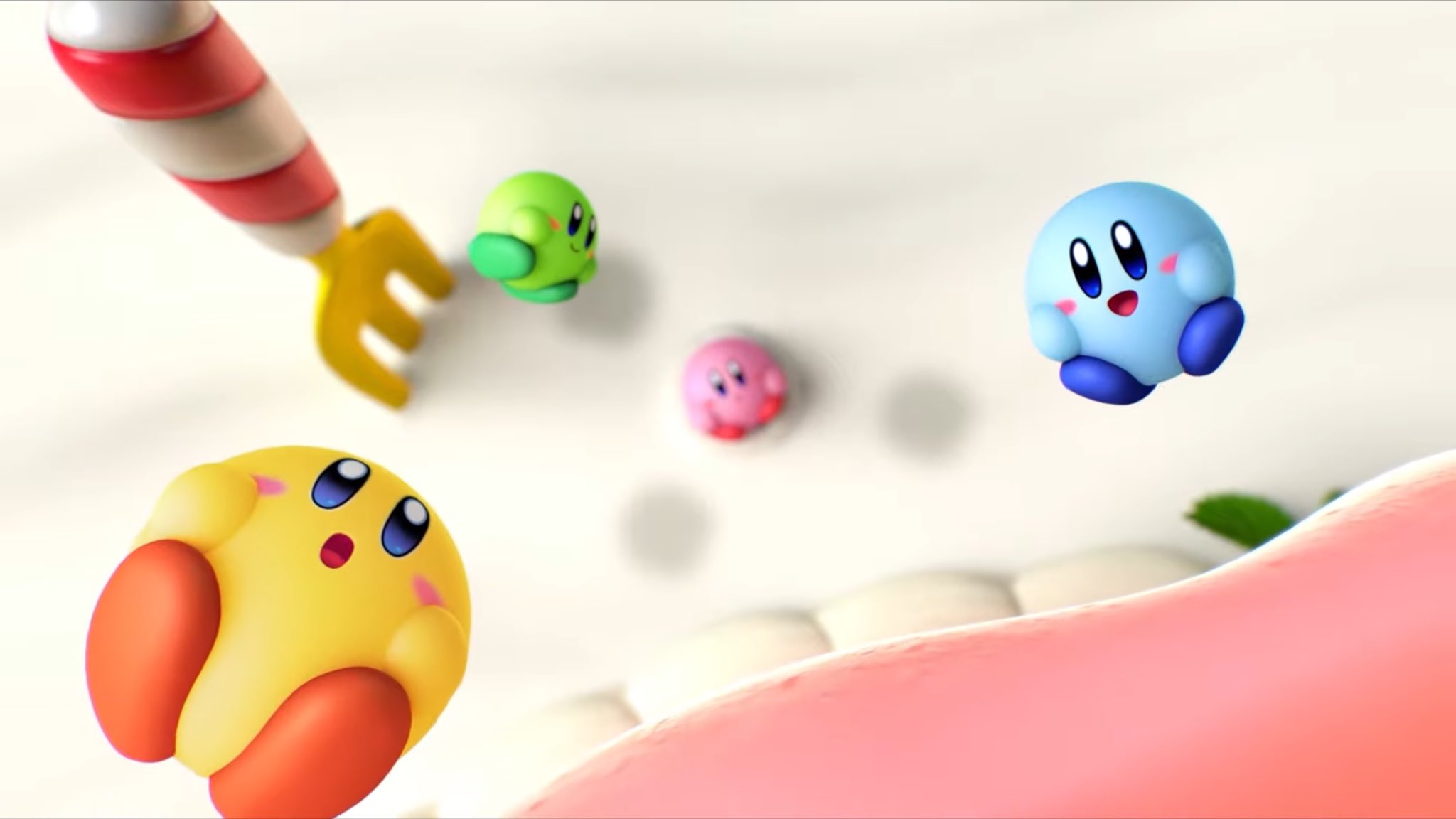 The only winner is the glutton who consumes the most strawberries. Kirby’s Dream Buffet is yet another adorable pink puff spin-off featuring HAL Laboratory’s mascot. Like Kirby Air Ride, the game may seem simplistic at first glance but it contains a smorgasbord worth of depth for those wanting to master the game’s mechanics. For the players who want to get competitive and take home a victory with every Gourmet Grand Prix they play, these are some important tips and tricks every player needs to know about to better perform in Kirby’s Dream Buffet!

Slopes Are Your Best Hope

It will not take long for players to realize that Kirby’s Dream Buffet is a game that deeply relies on physics mechanics. Just messing around in the Free Rolling mode for a couple of minutes will demonstrate to players how impactful the environment is on their speed. While Kirby’s weight will add some extra knockback when players crash into other enemies, it can arguably be far more important to pay attention to the pink puff’s paths of traversal during a Gourmet Grand Prix. Kirby naturally gains the most momentum when he is heading down a slope and loses the most when heading up.

Every map has different curvatures to its designs that the player can use to their advantage. Whether you are in need of speed after getting knocked back by an opponent or are desperate to move to first place, players should head for the nearest object with a curved form on their path to pick up their pace! Obviously, just try not to go too out of your way to find food or flooring with a curved surface as you do not want to straggle behind. Once the player gets to know each menu’s environment, finding slopes to build momentum becomes easier!

In Kirby’s Dream Buffet, almost every Race stage provides players with two to three paths to take during segments of the course. While they may be harder to conquer, players should always attempt to gain the high ground as they rush for the finish line. The simple reason why is because of the risk versus the reward. Pathways that lead upwards will always either end in a large number of strawberries or a cannon that can blast the player closer to the finish line. As players make their way through these paths, usually they can also find some of the berries needed to obtain a Gourmet Grand Prix’s closing bonus reward. Like with riding curves, just be careful to not waste too much time attempting to climb up as you do not want to fall behind!

They may seem like a barrier to intentionally let players trudging behind catch up, but the Cookie Walls in Kirby’s Dream Buffet can actually be completely skipped over thanks to two of the Copy Food abilities. If the player manages to get either Jelly or the Hi-Jump from a utensil box, they can actually sneak their Kirby under and over the Cookie Wall with each ability retrospectively.

When a player has the Jelly ability, they can slip and slide under and through the Cookie Wall with ease–they only need to roll right through it with the analog stick, there are no special button inputs. With the Hi-Jump (which can be rare to find during a Race), simply activate the ability near the Cookie Wall. As long as the player’s reticule manages to pass the wall, they can jump over it.

Get Master Hand Off Your Back

Master Hand and Crazy Hand are once again back to judge and torment Kirby with quite a few obstacles. Like the Super Smash Bros. games and his appearance in Kirby & The Amazing Mirror, during the Battle Royale match Master Hand will attempt to grab Kirby. To avoid Master Hand’s pair of kitchen tongs, jump off the stage! While this may initially sound like an easy way to use strawberries, players who still have their recovery meter will be able to safely jump back into the action and get Master Hand to follow an opponent.

Know The Strengths of Each Ability

Continuing with Jelly and Hi-Jump’s special abilities, every Copy Food in Kirby’s Dream Buffet secretly has far more useful abilities than meets the eye. Stone has a larger charged attack players can use by holding the ‘R’ button, however, the shockwave it resonates will be slower than the base move. The same goes for Donut which can be used to charge up a dash. By hitting R while using the Cupcake ability, the range of the tornado will expand while its usage times will lessen. Similarly, players can make quick dashes with the Burning ability. Finally, along with being able to bypass Cookie Walls, Jelly can actually leave a trail of residue behind to slow down enemies.

In Kirby’s Dream Buffet, the top two players in a match will usually be neck and neck in terms of the number of strawberries they have collected–at least before the bonus awards. The best way to outnumber your opponents by the end of a match, even if you are in last place, is by attempting to net all three of the bonus rewards players can receive. Since there are three bonuses per match, players can potentially earn up to 120 strawberries just before the winner is chosen. It is important that the player plans around the following bonus rewards during every event of the Gourmet Grand Prix.

As proven by our last tip, Kirby’s Dream Buffet is the type of multiplayer game where a player who is in fourth place can easily shoot up to first. Even if a player is having trouble reaching the strawberry cakes first or is struggling to collect a good handful of strawberries during the competitive mini-games, there is always a chance they can make a recovery.

You are Kirby’s hero and a meticulous effort can beat out those rushing for glory. It’s never too late to beat the odds and be the biggest Kirby to break the scale! Know how to use your abilities during the Battle Royale, play equally defensive and offensive, and most importantly, focus on those bonus rewards. Aim for the largest feast and become the biggest beast!