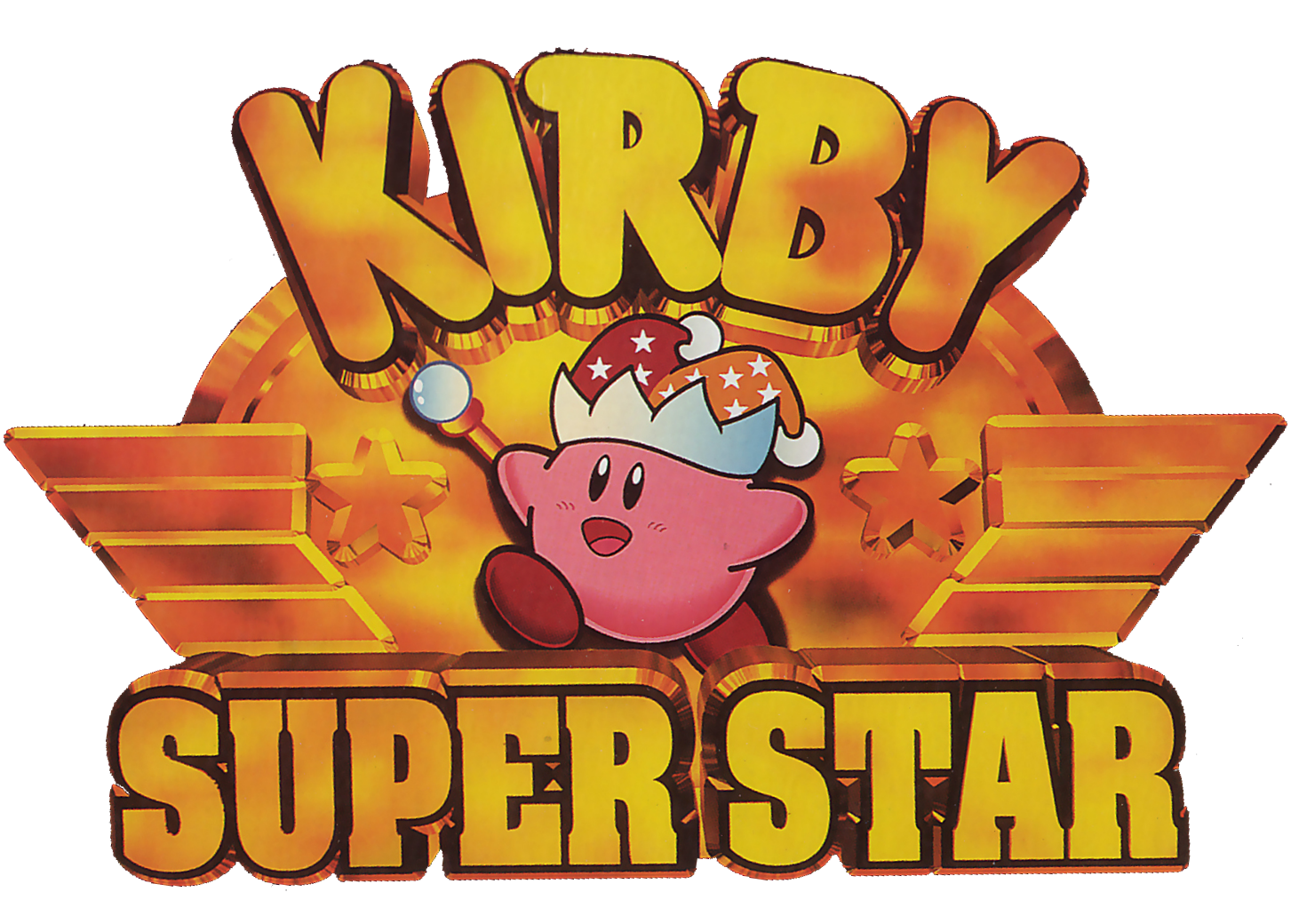 From the beginning, the Kirby series was designed to be enjoyed by players who had never touched an action game before. Despite this beginner-friendly focus, however, director Masahiro Sakurai always wanted to make sure more experienced players could enjoy each title as well, so his team tended to include a few extra features in each installment that appealed specifically to the hardcore gamer. Kirby’s Dream Land featured a harder version of the main campaign for those who were not satisfied with the default difficulty level, and Kirby’s Adventure boasted a wide variety of copy abilities that encouraged player experimentation. These gestures toward the hardcore crowd were more than welcome, and the copy ability system, in particular, is a significant contributor to the series’ broad appeal. But it was with the release of Kirby Super Star in 1996 where the developers’ attempts to appease the hardcore crowd would really pay off. This landmark entry overhauled the series’ formula in a big way, and it resulted in an immeasurably deep experience that was still incredibly approachable for the casual gamer. This title has left its mark on the Kirby franchise for 25 years at this point, and although future titles have improved on Kirby Super Star’s framework, it remains a distinct, incredible game to experience and explore.

The revamped copy ability system is perhaps Kirby Super Star’s most significant achievement. Although the copy abilities in Kirby’s Adventure allowed for an incredible degree of versatility in Kirby’s moveset, they were rather simple in execution. Each copy ability could only perform one or two unique skills, and players only had access to one copy ability at any given time. This meant that although players had a huge wealth of options in terms of what copy abilities they could use, players were incredibly limited in how they could use each ability. Kirby Super Star addresses this limitation by taking a page from fighting games, a genre known for giving players a massive pool of options to consider on-the-fly. Kirby can still only use one copy ability at a time, but each ability has an extensive list of attacks and skills that can be performed depending on the button command the player inputs. For instance, the classic Beam ability retains its downward-sweeping string of energy from Kirby’s Adventure, but it also has access to a spiraling beam attack that can be performed by pressing the attack button while dashing. If players want to attack enemies from above, they can shoot a shower of energy blasts by dashing, jumping, and pressing the attack button, and if players want to add a bit more power to their assault, they can hold the button and let go to unleash a devastating charge blast. Players even have the option to grab enemies when they get up close, which can be handy for saving themselves in a pinch.

Players are given a significant amount of options to consider with the Beam ability alone, but it’s only one part of the overall picture, as Kirby Super Star features around 25 unique copy abilities, and most of them are equipped with a similar level of versatility. In a way, each ability is equivalent to a character in a fighting game, and the number of abilities actually surpasses the rosters of many dedicated fighting games at the time. Of course, Kirby’s copy abilities are not as feature-packed as, say, a Street Fighter II character, but they carry on the same spirit, which is nearly unprecedented for a side-scrolling platformer in 1996. Sakurai has stated that the extended movesets were conceived at least partially as a way to balance the cooperative play, but they ended up adding an immense amount of staying power to the game regardless of the number of players participating. The copy ability movesets turn what would otherwise be fairly standard platforming levels and bosses into virtual playgrounds with immense potential for player expression. And what really makes the movesets work in this context is that they are almost entirely optional. Players can go through the whole game sticking with a handful of copy abilities and only using their basic attacks. This is what makes Kirby Super Star so approachable to players of all skill levels. Inexperienced players can simply go through the game using whatever skills they feel comfortable with, while experienced players can test themselves and see what they are really capable of with the tools available to them.

Kirby Super Star is also the first installment to feature cooperative play, and its a natural fit for the series. At any time, Kirby can take whatever copy ability he is currently using and transform it into a helper character that can fight alongside him. Normally, this character is controlled by an AI, which can help or hinder Kirby depending on the situation and how competent it is at any given moment. But a second player can opt to control the helper character instead, which results in a much more enjoyable experience. Since Kirby gameplay is more about action and player experimentation than precise platforming, the second player rarely has to worry about getting in their partner’s way when they are navigating through stages, and the lack of friendly fire means that both players are free to wreak havoc on unsuspecting foes with wild abandon. The game also smartly makes the camera follow player-one at all times, and both players are required to restart a section only when player one dies. Whenever player two dies, they can simply come back whenever player one finds another copy ability. This setup means that the more experienced player can take control of Kirby while the more inexperienced character can freely experiment, help out, and die as the helper character without much consequence. It’s debatable whether this is the best implementation of multiplayer the developers could have used, but it succeeds in further ensuring that anyone can get into the game regardless of skill level, which perfectly fits the ethos of the series.

A Different Kind of Kirby Experience

On top of all these enhancements, Kirby Super Star stands out in comparison to other entries due to its episodic structure. The game is advertised as “8 Games in One!” on the cover, but other than the minigames, it essentially means that Kirby Super Star is split into several short campaigns, and each one plays with the Kirby formula in its own unique way. Despite how disparate each campaign is in terms of both structure and narrative, Kirby Super Star is a remarkably cohesive package, and this is thanks to how each campaign builds on top of the last. The first campaign, Spring Breeze, is the most simple in structure, as it remakes most of the levels and scenarios from Kirby’s Dream Land and places them in a strict order. It’s a wonderful introduction to the game, as it presents a basic template for what a Kirby campaign can be like while acclimating players to the controls and game mechanics. The next campaign, Dyna Blade, is a bit more feature-packed, as it contains all-original levels accessed on a world map screen. The Great Cave Offensive builds upon the limited amount of freedom provided by the world map by placing Kirby in a huge, nonlinear maze full of puzzles to solve and hidden treasures to uncover. Revenge of Meta Knight is almost the polar opposite of The Great Cave Offensive— a fast-paced action thrill ride that forces players to finish its levels before the timer runs out.

The final campaign, Milky Way Wishes, is a perfect capstone to the experience, as it features the world map of Dyna Blade, the nonlinearity of The Great Cave Offensive, and the manic pace of Revenge of Meta Knight, and mashes them all together. In addition, the copy ability system is changed so that players can only use each ability when they find its corresponding essence in one of the stages. Uniquely, players can switch between these abilities at will once they acquire them, which leads to Kirby becoming an almost comically versatile character with a massive arsenal of moves by the end. This gameplay element turns Milky Way Wishes into a victory lap of sorts—one last opportunity for players to go all out and explore everything the game and its systems have to offer before the credits roll. The effort that went into making Milky Way Wishes such a cumulative moment in spite of the game’s episodic nature really demonstrates the amount of thought and care that went into each campaign.

The degree to which Kirby Super Star improved on the series’ formula is almost immeasurable. HAL Laboratory succeeded in crafting an endlessly replayable title that increased the complexity of the gameplay experience without sacrificing its accessibility. Even when disregarding its legacy, however, Kirby Super Star remains an incredibly distinct and memorable title that isn’t afraid to play with established conventions and consistently impresses with its immaculate presentation. It may be a quarter of a century old in Japan, but good game design doesn’t age, and Kirby Super Star is proof of that.