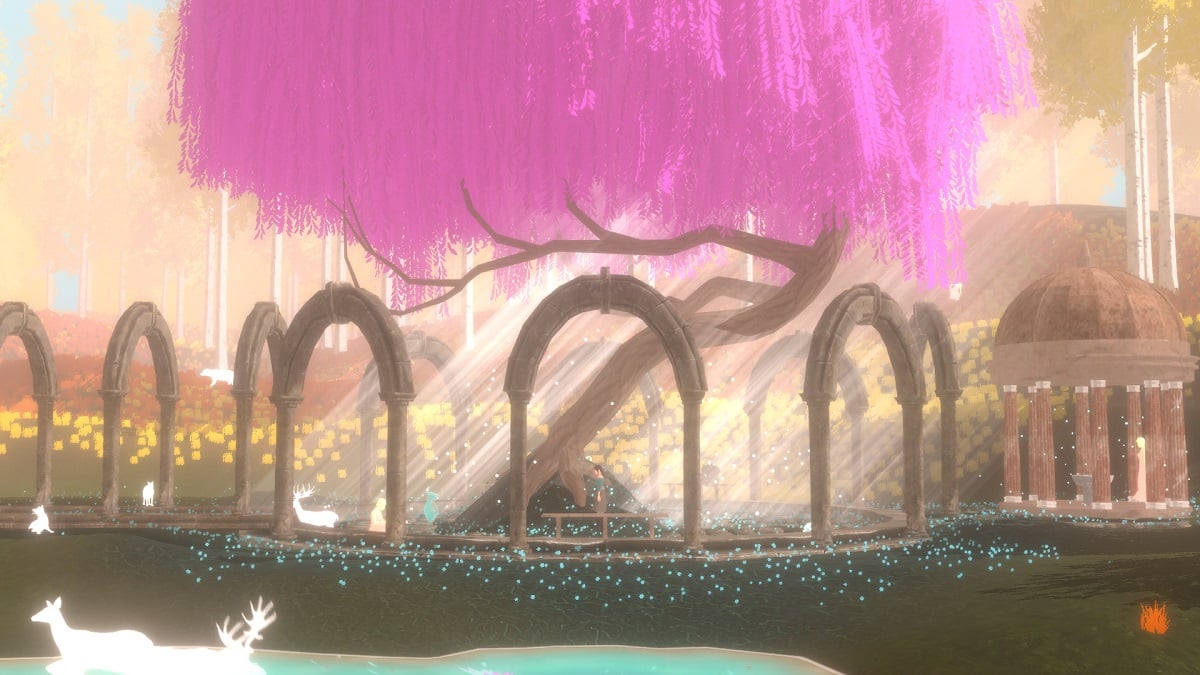 Indie Games Spotlight is Goomba Stomp’s biweekly column where we highlight some of the most exciting new and upcoming independent games. After a barrage of game showcases over the last month (including Nintendo’s latest Indie World presentation) we’ve had an unusual wealth of projects announced within a short time span. To help curate these a bit we’ve gathered five titles that deserve an extra spotlight this week. Whether you’re hungry for a nostalgia trip, a new roguelike, or a fresh take on a beloved classic, we’ve got something for you. Let’s get into it!

Embrace Your Calling as a Smelter

Classic Mega Man titles found an audience for a reason: their mixture of tight platforming, fun power-ups, and creative visual design captured the hearts and minds of a generation. Smelter is very much inspired by the 16-bit era Mega Man games, but it shakes things up by putting an unexpected twist on the tried-and-true action-platforming formula: top-down strategy sections. By hopping between the two styles, Smelter hopes to keep players engaged as it tells the tragic yet action-packed tale of one girl’s determination to find her missing sweetheart.

The usual suspects are at the core of Smelter: tight 2D platforming and unlockable skills and upgrades. Boasting a transformation somewhat reminiscent of Kill La Kill, the protagonist’s fusion with the titular Smelter results in a wide range of powers that should both help players explore the game’s varied landscapes and take out vicious enemies and bosses. With the promise of powerful hidden upgrades to uncover and plenty of extra-brutal challenge levels to endure, those looking for a classic action-platforming experience should be quite satisfied when Smelter releases for all platforms on April 22nd.

Stroll Through the Forgotten Fields

Heartfelt slice-of-life stories are common in anime, TV shows, and movies, but are a bit tougher to find when it comes to games. Enter Forgotten Fields, a cozy narrative-focused experience about an author, Sid, who’s struggling to overcome writer’s block. Between feeling uninspired and having to attend a family function in his childhood home on the day of his deadline, Sid has to focus on the very real demands of the present while simultaneously coming to grips with what he left in the past.

This might sound like a heavy premise, but publisher Dino Digital is billing Forgotten Fields as more of a relaxed, meditative experience. Players will reunite with old friends, solve simple puzzles, and get to participate in Sid’s creative process by playing through sections of the book he’s writing. Being able to live out his work firsthand like this sounds fascinating, and the cinematic presentation of it all (including a wistful soundtrack by the talent behind the beautiful Rainswept OST) should ensure Forgotten Fields’ message sticks its landing. Thankfully, you don’t have to wait to start appreciating the present–this narrative adventure is out now on PC!

Make Your Way Up the Loot River

The recent ID@Xbox showcase featured a metric ton of exciting new and previously announced indies. However, amidst the Nobody Saves the Worlds, Moonglow Bays, and Death’s Doors, one of the titles that immediately stood out was straka.studio’s Loot River. A cross between a gritty dungeon-crawling roguelike and Tetris, the moment-to-moment action seen in Loot River’s reveal trailer was some of the most visceral of the entire presentation.

As players venture through endless catacombs filled with dark beasts, bosses, and the occasional friendly traveler, they’ll have to deftly shift the ground underneath them to progress (and avoid being ripped to shreds). With level-ups, permanent upgrades, and a variety of different weapons and items to find, Loot River should strike a good balance between accessibility and the classic difficulty that roguelike fans enjoy. We’ll have to stay in the dark a little longer, but hopefully players can start their runs through Loot River’s gorgeous pixelated world soon when it eventually releases on PC and Xbox platforms.

Did You Hear? Emily is Away <3

The original Emily is Away was a short but incredibly sweet time capsule of a era before the likes of even Skype, when AIM was still the go-to place to message friends in high school. Emily is Away Too was a spiritual successor that introduced YouTube and Facebook, a new girl to message, and different endings depending on your decisions. Now after a long four year gap, Emily is Away <3 serves as a portal back to 2008 when AIM was dead, Facebook (or Facenook) was coming into its own, and virtually poking your friends was all the rage.

No one does nostalgia-based games quite as well as Kyle Seeley. While this latest entry in his critically acclaimed series doesn’t seem to be doing anything drastically different from a gameplay or design perspective, it’s the continuous realism of the character interactions that make it all worth it. You’ll be able to build or fumble relationships, choose how your character reacts to event invites and questions, and ultimately decide the fate of your online social life all over again. Don’t delay logging on; Emily is Away <3 is available now on PC!

Bow Your Head and Praey for the Gods

Praey for the Gods made waves when its console ports were announced late last year, and for good reason: at a glance it looks just like the beloved PlayStation 2 classic Shadow of the Colossus. In Early Access since 2019, Praey for the Gods is similarly an open world adventure game where players have to climb and defeat massive beasts. Why won’t the blizzards stop ravaging the land? Why has no one who’s journeyed here returned? You’ll have to take down humongous monsters and pour over cryptic paintings to find out.

Praey for the Gods’ world is non-linear and fully explorable, featuring ruins and mountains to climb, bodies of water to swim through, and high peaks to jump off and glide from. The beasts can be defeated in any order you like just like the Divine Beasts in Breath of the Wild, lending further to a sense of freeform exploration and discovery. There are also survival elements at play, requiring players to hunt for food and craft equipment to survive. Get ready to brave the everlasting winter when Praey for the Gods comes out of Early Access and arrives on Xbox, PlayStation, and PC platforms in late April.