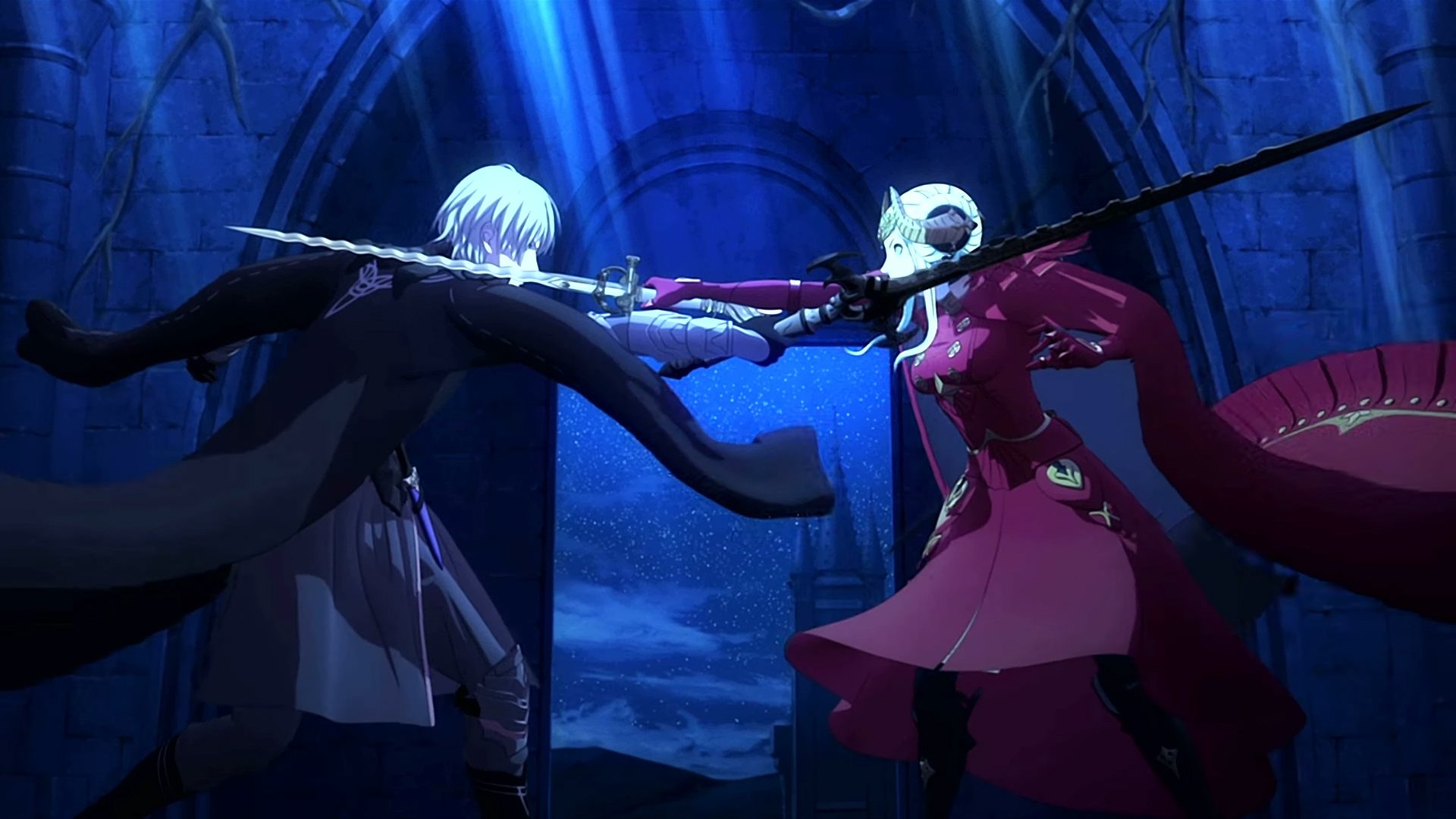 Amid the constant flow of intense battles, perfectly timed platforming, and head-scratching puzzles, gamers generally don’t have to worry about consequences from the passage of time. Sure, a form of the concept often exists — the clock may tick down on a tense Mario stage, the sun rises and sets over Hyrule, and lazy holidays can be whiled away in Animal Crossing — but what opportunities are ever truly lost? Replay the stage, wait until the next moon cycle, or manipulate the internal clock, and you’ll almost always have the chance to experience everything most titles have to offer in one go. It can be a bit jarring then when a game like Fire Emblem: Three Houses takes that gaming comfort away, and presents a world where there’s no turning back.

Because of the way the calendar mercilessly forges on straight ahead regardless of whatever gets left unfinished, along with a system that requires Activity Points to be spent when engaging certain events, time in Three Houses feels a lot more like it does in the real world — in other words, there’s not enough of it. Condolences to completionists, but there is simply no way to view every support conversation, collect every item, recruit every character, win every weapons tournament, tutor every student, plant every seed, attend every seminar, unlock every class, and take on every side mission or paralogue battle within the confines of one save file. It may feel unfair at first, but such is life, and this system aims to utilize consequences to great effect.

So, players have to make choices each in-game month, and with those decisions comes an opportunity cost — by opting to do one thing, you are in turn opting to not do other things — which has effects that are wide-reaching, and lends weight to what might otherwise be ho-hum activities. For example, you could decide to spend your one free day per week (welcome to the real world, kids) grinding for experience on the battle field, but while this activity will raise your students’ experience, it will have little effect on motivation, which is necessary for learning. So, when Monday rolls around and it’s time to hit the books for some stat and skill boosts, the class will shrug their collective shoulders and be pretty much unteachable — meaning no upgrades or unlocking of new abilities that may come in handy for class changes or the next battle.

Then perhaps you decide to rest, thus restoring everyone’s motivation but missing out on gaining levels? Or do you explore the Monastery to share meals (restoring motivation for select students) and hope to squeeze in some self-improvement via Faculty Training? Of course, then you might miss out on winning seals — which are required for class certification tests — from weapons tournaments, or having a cup of tea in order to form deeper bonds with characters you wish to recruit. Suddenly, everything in Fire Emblem: Three Houses becomes more important when it’s being withheld.

And yet strangely, it is this ‘pressure’ that actually makes the whole experience so rewarding and relaxing. Games that allow players to attain 100% completion often inspire a kind of obsession, a mechanical approach that seems more bent on checking boxes off a list than pursuing a passion (as someone who collected all 900 Korok seeds in Breath of the Wild, I’m all too aware of this phenomenon) — by removing restrictions, they have strapped on the burden of to-do lists. Contrast that with Three Houses, where after one gets used to the fact that they can’t be everywhere at once or all things to all people, there is a sense of peace that settles in. As the page turns on the calendar, everything you couldn’t achieve will be forgotten, no longer worth worrying about. After all, the past is the past, right? Time to move forward. Decisions start to be made from enjoyment instead of duty, giving Three Houses a ‘live in the moment’ mentality that forces players to focus on shaping the gaming experience that they want instead of the one they think they should have.

You can’t fight every training battle, so just pick the ones that offer the rewards or potential EXP you want. You can’t recruit every student, so pick the ones with abilities you think will most help your party — or the ones you actually like! One of the greatest pleasures in Fire Emblem: Three Houses (and as someone who hates video game stories, I can’t believe I’m saying this) is engaging in conversations with the various students and faculty around the monastery grounds. And spending what time you have time with this collection of weirdos doesn’t only provide some occasionally amusing entertainment; the open and often heartfelt dialogue actually helps develop a bond of sorts, which in turn establishes a sense of protectiveness that enhances the stakes of each battle, ensuring that you think twice about your maneuvers and placements — you wouldn’t want to lose that teammate you’ve put so much effort into drinking tea with or finding lost items for. A lot of work has gone into this relationship!

No, most players will likely want to protect and care for these people because of those decisions they’ve made in order to build up and keep them; what you have becomes more precious when you know what it cost. However, that preciousness also encourages one to enjoy something to the fullest while it lasts. Wandering in this world becomes a pleasure, with each conversation adding paint to a picture that will never be filled in, but can start to take shape in one’s imagination. Nurture students’ goals, increase those support levels, and experience earned satisfaction at reaping the rewards.

So, are you going to give that Armored Bear Stuffy to Bernadetta, Marianne, or Lysithea? Will you focus on fists to recruit the burly food-disposal unit that is Raphael, or will you practice your parries and thrusts to try to win over the enigmatic Inigo Montoya wannabe, Felix? Is gold-digging Dorothea better as a Warlock or Bishop? Should you have the cafeteria prepare the chicken or the fish? No matter how you choose, you’re guaranteed to miss out on something, but that fearlessness in forcing players to ceaselessly move forward instead of looking back, to accept consequences and lost opportunities as natural, and to focus on what one has over what one does not, is a big part of what makes Fire Emblem: Three Houses feel so masterfully engaging, and absolutely epic.