Predictably, the end of 2016 was also the end of an era, with a final farewell to the unfortunate, but underrated, Wii U.  Some of the Nintendo Wii U’s most beloved games have been praised and adored by many of our writers here at Goomba Stomp, with our 2016 best Nintendo list beset with fantastic Wii U titles only released last year. But such is the tide of time, its final stand is set to take place with The Legend of Zelda: Breath of the Wild, before the Nintendo Switch takes its place. With 2016 being considered Nintendo’s year of anticipation, then what can our expectations for Nintendo be in 2017?

A Switch In Nintendo Strategy

Many Nintendo fans in their 20s and 30s might remember the Nintendo Gamecube. As brilliant as it was, it could never shift its childish image. Competing with the ‘cool’ PlayStation 2 only secured its demise, and Nintendo has struggled to compete with Microsoft and Sony since.

However, when the rumoured Nintendo NX was revealed as the Nintendo Switch, there was something notably different in its first commercial. The actors were adults. This was the first time Nintendo had recognized its core target market, young adults who grew up with the SNES or Nintendo 64 as children. This shift brought a lot of confidence to the speculation surrounding the Nintendo Switch, although it hasn’t been left invulnerable from some critique.

The commercial showed a wonderful gimmick, with the ability to change to a handheld device with impeccable simplicity. However, the battery life and the overall power of the Nintendo Switch in its handheld mode is up for scrutiny. The target was clear in the commercial, young adults that are often commuting in a busy, modern world. Its performance in the handheld mode will be crucial to its success. The expectations for Nintendo to deliver an exciting handheld experience are high, and March will be the most defining month of their year; there’s no room for error.

A Nintendo With Friends

Nintendo has already shown off a huge list of game developers expressing an interest in creating games for the Nintendo Switch. There were some big names with their gloves in the ring, including Bethesda, Ubisoft, and Electronic Arts to name a few. Its commercial even revealed the world of Skyrim being traversed on the Nintendo Switch. 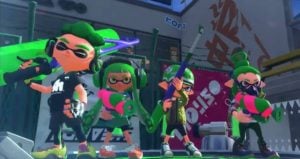 The magic of Nintendo, though, is that it simply doesn’t rely on third party support. It’s created its own universe of brilliant personalities and captivating stories without the need for other game developers. The most anticipated games for the Nintendo Switch have been its own. The Legend of Zelda: Breath of the Wild looks absolutely breathtaking, and is set to be opening a vast new world, bigger than any other previous Zelda title. There also appears to be a new Super Mario game, in the beloved style of Super Mario 64. This is a bold statement from Nintendo. 2017 might well be the year of a huge comeback, with big titles inspired by classic gameplay.

And this focus on gameplay is crucial. From what we’ve seen so far from the Nintendo Switch, a throwback to the multiplayer style of the 90s is its big selling point. Rather than socializing through the internet, we can socialize together again. The multiplayer function of the Nintendo Switch is ingenuity at its finest. It allows for two controllers when plugged into a television. This design to maximize the multiplayer gameplay raises the expectations for some incredible multiplayer games to be released this year. We’ve already seen a Splatoon game in the commercial last year, but other titles such as Mario Party, Mario Kart, or Animal Crossing can’t be dismissed.

Nintendo On The Go

Whilst not technically a Nintendo game, Pokémon Go was a huge success last year. Nintendo’s part ownership of the Pokémon Company helped its stock rise briefly at the peak of Pokémon Go and begun its journey into the mobile market.

Super Mario Run has been inconsistent in its reviews. Whether fair or not, our Ricardo Rodriguez has written a fantastic piece on why much of the critique is unjust. That being said, it’s presented Nintendo with a fantastic opportunity to open the treasure trove that is the mobile gaming industry. And a lucrative market it is becoming. 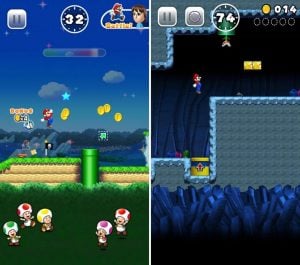 Everybody is a gamer. Not everybody is a serious gamer, nor does everybody own a console dedicated to gaming. But casual gaming is growing, of which mobile gaming is a crucial component. Pokémon Go highlighted this phenomenon perfectly. Suddenly, those that hadn’t been interested in either Pokémon or Nintendo before were out catching caterpies in great numbers. They are fads, but fads with great potential for businesses to take advantage of.

Nintendo is uniquely placed and must grab the opportunity like a hunger-inflicted praying mantis. The 2016 successes of Nintendo were largely due to its emergence in the mobile market. Pokémon Go put Nintendo in the minds of the people again and it must capitalize on that. Further continuation in the mobile market is expected in 2017, and mobile versions of Fire Emblem and Animal Crossing are likely to appear at some point through the year. A brilliant piece by our Taylor Smith goes into further detail about Nintendo’s strategy in the mobile market. But a serious, calculated push by Nintendo this year into mobile gaming could be highly profitable for them.

What Now For The 3DS?

The Nintendo 3DS was first released in February 2011 and has since become a huge success for Nintendo. Whether or not the Nintendo 3DS will follow the Wii U and be phased out is unknown. The answer to that will undoubtedly come from the future successes of the Nintendo Switch, where it remains unclear how much focus will be put on its handheld mode.

Pokémon has already announced it will be developing a new game for the Nintendo Switch. What is unclear is whether that will be the next generation of main games, or one of the spin-offs such as Pokémon Stadium. Pokémon has played a large part in the success of the Nintendo 3DS, and the November release of Pokémon Sun and Moon only cements that position into place.

Whilst the Nintendo Switch is the direct successor of the Wii U, it could become the indirect successor of the Nintendo 3DS. However, we can expect some big titles on the 3DS, these include; Dragon Quest VIII: Journey of the Cursed King, Ever Oasis, and the first Pikmin game for the console. Pikmin alone suggests Nintendo is still putting a lot of time and investment into the 3DS, so 2017 could still be a strong year for our favourite handheld console.

There’s very little to predict until the Nintendo Switch presentation on January 12th. Some of the questions might be answered then, but expect even more questions to arise. Nintendo is uniquely placed to make a huge success of 2017, but it has to be equally ambitious and cautious in good measure. An unveiling of the specifications of the Nintendo Switch will shift Nintendo’s year either way, with 2016’s anticipation carrying over into the new year.