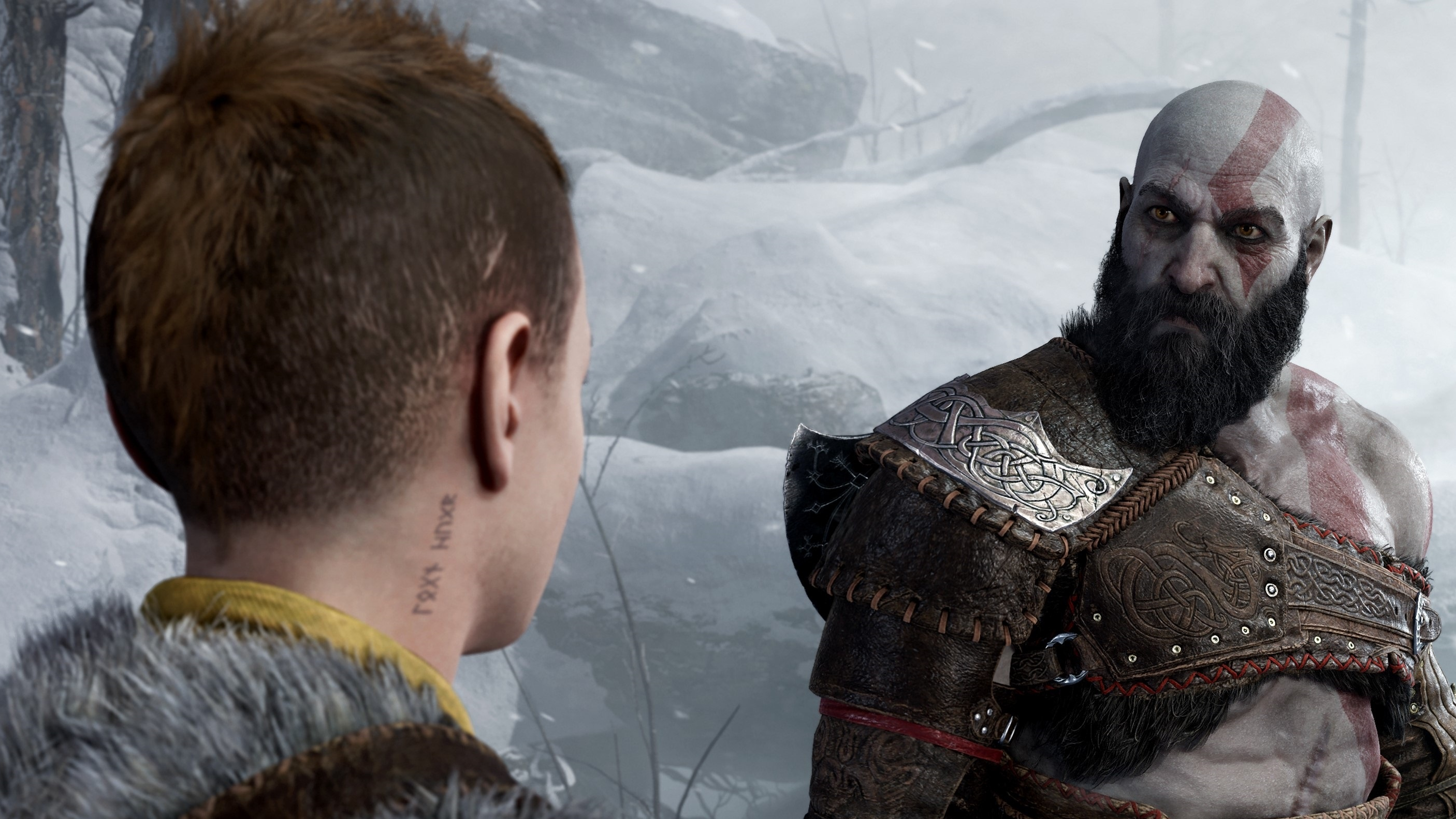 Now that God of War: Ragnarök has an official release date of November 9th, the hype for Sony Santa Monica’s latest blockbuster title has reached new levels. Fan art for the upcoming game is all over the internet, but among the most impressive is this incredible God of War: Ragnarök sand sculpture spotted on Fulong Beach, Taiwan by Reddit user spqp.

Shared in the God of War subreddit, the post has quickly gained a lot of popularity within the God of War community and has also been posted on Twitter by user @Kingof_Ithaca which has accumulated a massive 15,000 Likes in only 12 hours. God of War: Ragnarök producer Cory Barlog replied to the Tweet with a simple “wow!” and a smiley face emoji with hearts for eyes. Barlog often interacts with the God of War fandom on social media, frequently displaying his enthusiasm for fan hype and artwork, so it’s great to see the beloved Sony Santa Monica creative director acknowledge this colossal God of War sculpture.

The sculpture depicts the god of war Kratos himself, alongside his son Atreus, underneath the God of War: Ragnarök title. Both characters are beautifully detailed, from the intricate engravings in Kratos’ axe to the fur on his and Atreus’ armour. The sheer attention to detail is astounding, but unfortunately, the sculptor appears to be unknown so it cannot be properly credited.

With the game slated for release before the end of this year, the hype level is only going to increase from here on out, which hopefully means more incredible fan art in the near future! For more God of War: Ragnarök content on Goomba Stomp, check out this piece on the game’s many special editions, including a 16-inch replica of Thor’s Mjölnir hammer and much more. Alternatively, check out this hilarious Simpsons mod for God of War on PC!