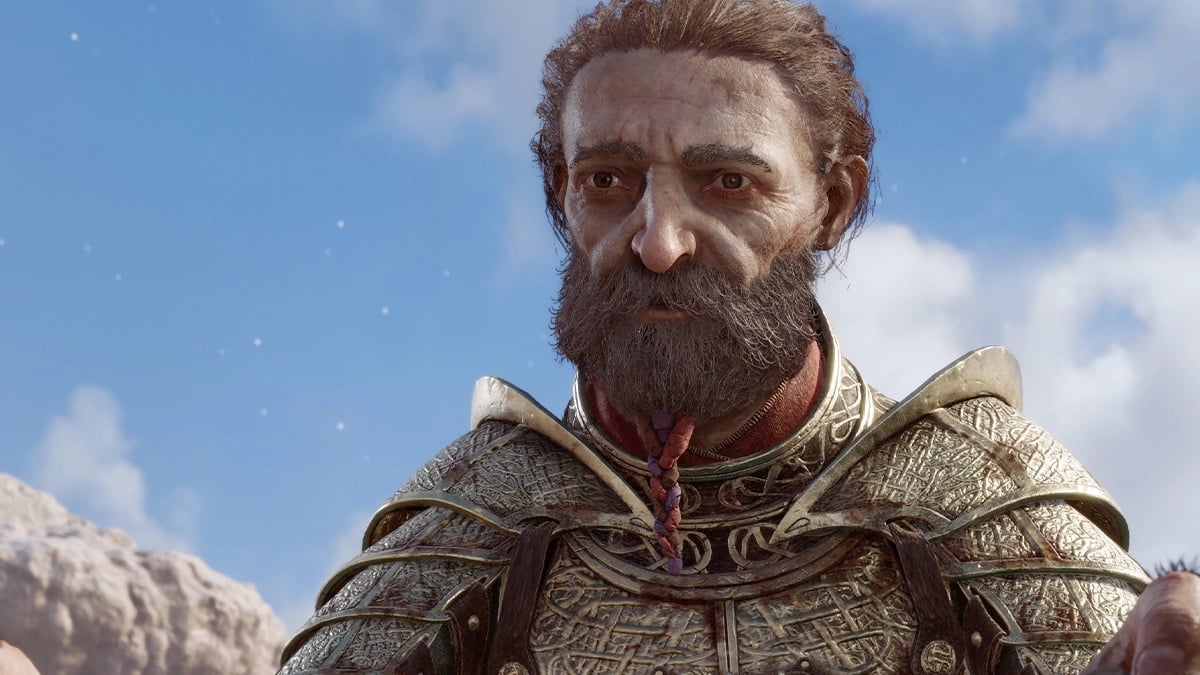 God of War Ragnarök is a game bursting with excess. At every turn, there are favors to complete, collectibles to uncover, and bosses to slay. The game is defined by its scope and scale, an excellent example of what a AAA studio can accomplish by aiming for the stars. Its ending is a nonstop deluge of explosions, plot twists, and heroic character moments. But after the final battle ends and players return to the Nine Realms, there is more to be done.

While players will undoubtedly be tempted to hack their way through the challenging secret boss battles and clean up any missing collectibles, there is one Brok-related favor to complete that stands tall as one of the best gaming moments of 2022–and perhaps ever for a game of this magnitude.

After the chaos of the battle of Ragnarök, Kratos, Atreus, and Freya are left to pick up the pieces. There is much to celebrate: Odin’s grip on the Nine Realms has been shattered, the threat of Asgardian oppression has been muted, and the god of war can rest easy knowing that he and his son have defied fate and survived what should have been their demise. But there is also much to mourn.

Freya’s brother Freyr sacrificed himself to ensure the success of his allies, and it is clear that the recovery of the realms will take some time. The most gutting loss in God of War Ragnarök though is Brok, the surly blue dwarf who would curse like a sailor as he helped the party forge the best weapons and armor they could find with the help of his brother, Sindri. Brok’s demise is the true catalyst for the coming of Ragnarök, but team Kratos never gets a chance to properly mourn him during the chaos of the finale. The favor “A Viking Funeral” serves as a proper sendoff to the blacksmith, and also is a stunning reversal of the feelings God of War Ragnarök wants to leave players with as the credits roll.

Before the funeral begins, Kratos and Freya are invited to attend Brok’s wake at the tavern in Svartalfheim. While Brok may come across as gruff and solitary, he has some friends who show up to memorialize him that the player has already encountered. Durlin, Raeb, and Lundra wax poetic about “how much of an asshole” Brok was, but also how much they’re going to miss him. Kratos, Freya, and Mimir arrive just as the wake is ending, and it’s as heartbreaking and funny as you might imagine. From the tavern, the Dwarves bring Brok to a hidden spot on the lake and invite the god of war to join them as they give their friend a proper sendoff.

As Raeb plays a dirge, Brok is loaded onto a small boat piled high with flammable material. At the last possible moment, Sindri arrives to pay his respects. He tells Brok he loves him, and helps Kratos push the boat out onto the water. Sindri lights Freya’s arrow with his torch, and she fires it onto Brok’s funerary barge, burning his body. Kratos attempts to talk to Sindri, but without a word, Sindri shuts him up, stumbles away, and then disappears forever–it is the last time players get to see the character despite God of War Ragnarök‘s post-game having so much more to offer, and the last time the credits actually roll.

This is far from the triumphant ending that players might expect. While Atreus saying farewell to his father is bittersweet, the main ending that players will see after defeating Odin is undeniably upbeat. Atreus has forged his own destiny, and Kratos sees a prophecy of himself lifted up as a god to be revered rather than feared. But Brok’s Viking funeral leaves the player feeling significantly more conflicted, especially after Mimir finally solves the riddle Brok presented to him early on in the game. The ending is a hole that only grows deeper as players are left with a sense of sadness and wanting to know what happens next for Sindri.

Ragnarök does not leave players on a high. Instead, it leaves players with a heartbreaking declaration of love, combined with the searing pain of a character who does not forgive the hero. Sindri’s grief is palpable in this scene, and there is nothing the player can do to ease his pain. This cutscene serves as a rebuke to video game protagonists everywhere: just because they can affect change through their actions for the rest of the adventure, there is no “press X to console” option here. Instead, players can only watch as Sindri bids his brother farewell and empathize that grief is often a solitary experience.

It remains to be seen if this marks a sea change in AAA video game storytelling, but it is encouraging to see that there can be complicated, emotional payoffs in a medium that sorely lacks them. Sindri’s arc shows that not every story has a happy ending, and though he has proven himself to be one of the strongest heroes in this tale, players are not gifted a neat sense of closure. This open-ended finale caps off an incredibly emotional journey, and though it may not feel as victorious as what players may expect, this quiet, intimate funeral is beautifully somber. 2022 has been a tremendous year for video game stories, and God of War Ragnarök ranks among the best. Rest easy, Brok. You’ve earned it.