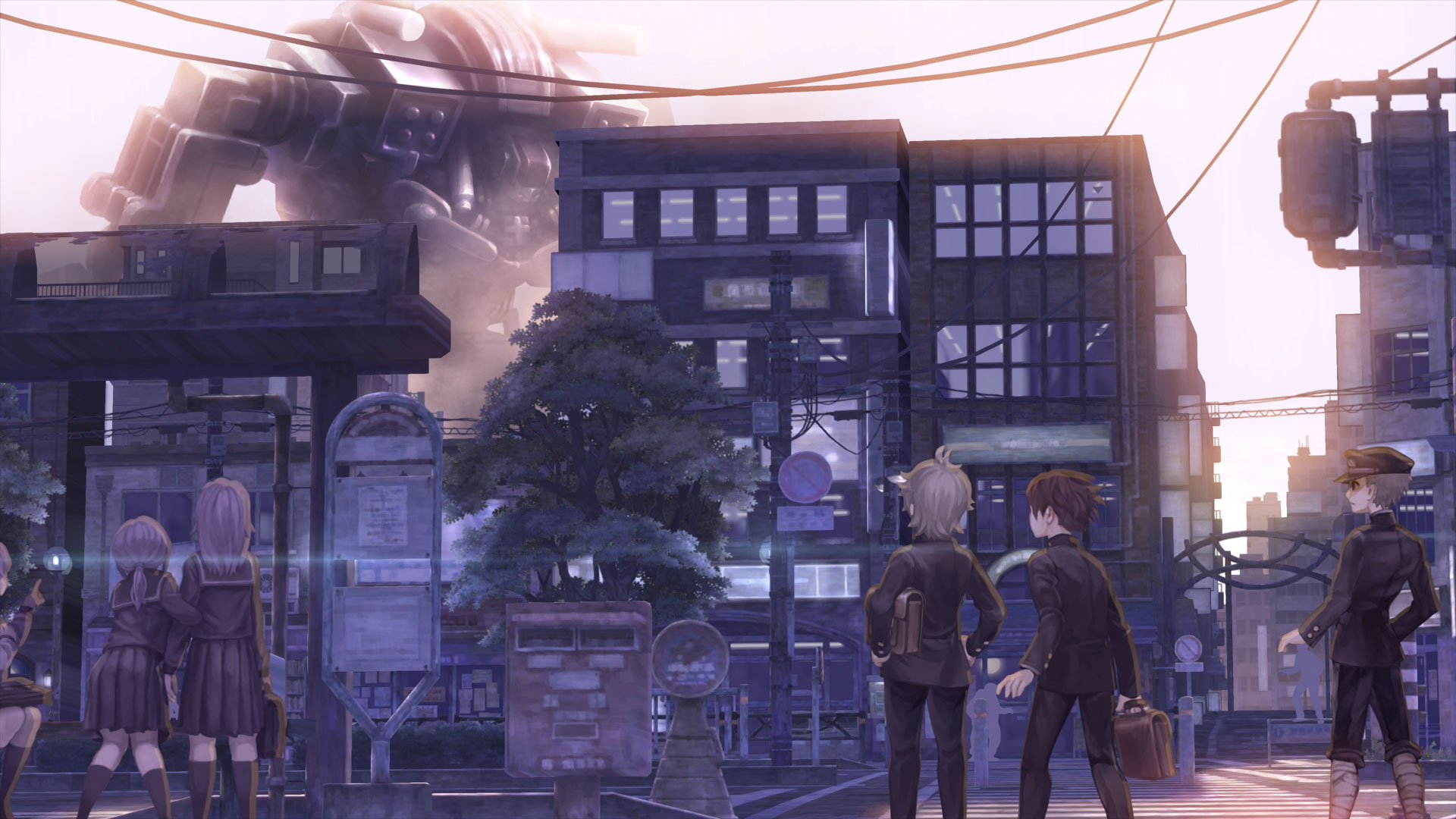 The Nintendo Switch effect is a double-edged sword. For the most part, porting a game to the Nintendo Switch is like printing money for a developer. Many indies have found new life after debuting elsewhere and then blowing up on Switch, and even bog-standard ports of older titles feel exciting when experienced for the first time in handheld mode. But the best feeling, that rarest and most precious gem, is of a game being ported to the Switch and instantly becoming not just the optimal way to play, but the definitive way to do so. 13 Sentinels: Aegis Rim, a Vanillaware title from 2020, is the ideal Switch port. Everything that makes this game great is enhanced by the Switch’s unique form factor. What was once a niche PlayStation exclusive becomes an essential experience for owners of Nintendo’s hybrid.

13 Sentinels: Aegis Rim is one of the most ambitious storytelling experiences in video games, bar none. The story follows thirteen protagonists, from different eras in history, as they come together across time to battle the greatest threat humanity has ever known. Structurally, 13 Sentinels has two main gameplay modes: Destruction, and Remembrance. Destruction mode showcases splashy mech battles, where the player control various mecha and battle monstrous kaiju for the fate of Japan, and perhaps even the future of planet Earth. This mode is part tower defense, part real-time strategy. It is easy to sink time into strategizing, upgrading abilities and pilot skills, trying to earn S-ranks by winning battles quickly and decisively. Destruction mode can be challenging, and there even optional objectives to complete that give players incentive to play smart. But Destruction mode quickly takes a backseat to Remembrance, the real meat of 13 Sentinels, and the reason that porting the game to the Switch feels like a genius move, one that will instantly transport this game to iconic status.

During Remembrance, players take control of one of the many protagonists and engage in light exploration and conversation. Think of it like a visual novel, only the player controls character movement and dictates how conversations are approached. The fate of every protagonist, the titular Sentinels, ties into that of one or multiple others. Deciphering how a schoolgirl from 1945 and a space colony from 2187 connect is the secret sauce of 13 Sentinels. Players cannot simply blast through a protagonist’s story at their chosen pace; most characters can only be controlled for a chapter at a time, and the player must dip into the life of another character to unlock additional chapters. Chapters are short, but compelling, featuring excellent writing, voice acting, and the signature Vanillaware art style. But it is the story itself, and the novel way it is told, that dazzle. The way everything fits together is nothing short of extraordinary, a puzzle box that must be approached again and again from different angles before its full shape can be appreciated. Being able to do so on the Switch is what takes 13 Sentinels from “hmm, interesting” to “must play” in the span of an instant.

The Switch is the perfect platform for many genres; visual novels and puzzle games in particular benefit from being able to take a given game anywhere, at any time. Once players become invested in the unique storytelling of 13 Sentinels, they won’t want to put it down. On the Switch, they won’t have to. It is rare that a game goes from a significantly more powerful system like the PlayStation 4 to a Nintendo console and doesn’t suffer any kind of technological downgrade. 13 Sentinels: Aegis Rim plays exactly the same on the Switch as it does on the PlayStation 4, with the added benefit of being able to shift into handheld mode at any given time. There is no slowdown, no framerate issues, no long load times; it simply works and feels like a perfect match.

There are a few added benefits for those who choose this version of 13 Sentinels over the PlayStation 4 original. Vanillaware added several weapons that can be equipped by pilots during Destruction, but truthfully, these are simply icing on the cake. The real draw for picking up 13 Sentinels: Aegis Rim for the Switch is that it’s on the Switch. It may sound like circular logic, but sometimes the simplest explanation is the correct one. The bite-sized nature of Remembrance chapters is an excellent fit for how most players will want to approach 13 Sentinels. A chapter or two at a time before bed, or a quick battle on the commute to work or school, makes this game’s forty-plus hour playtime feel much more manageable.

There are some missed opportunities. It would be wonderful if the touch screen were utilized, especially during Analysis, where players can review any information or plot beats that have transpired so far and draw their own conclusions. Using a finger to scroll the screen would have made a great port even more memorable, though Vanillaware is hardly the first developer to not take advantage of all the Switch’s unique features. This is barely a complaint, however. The pure pleasure of experiencing this ambitious story in all of its glory on a handheld console more than makes up for any nitpicks.