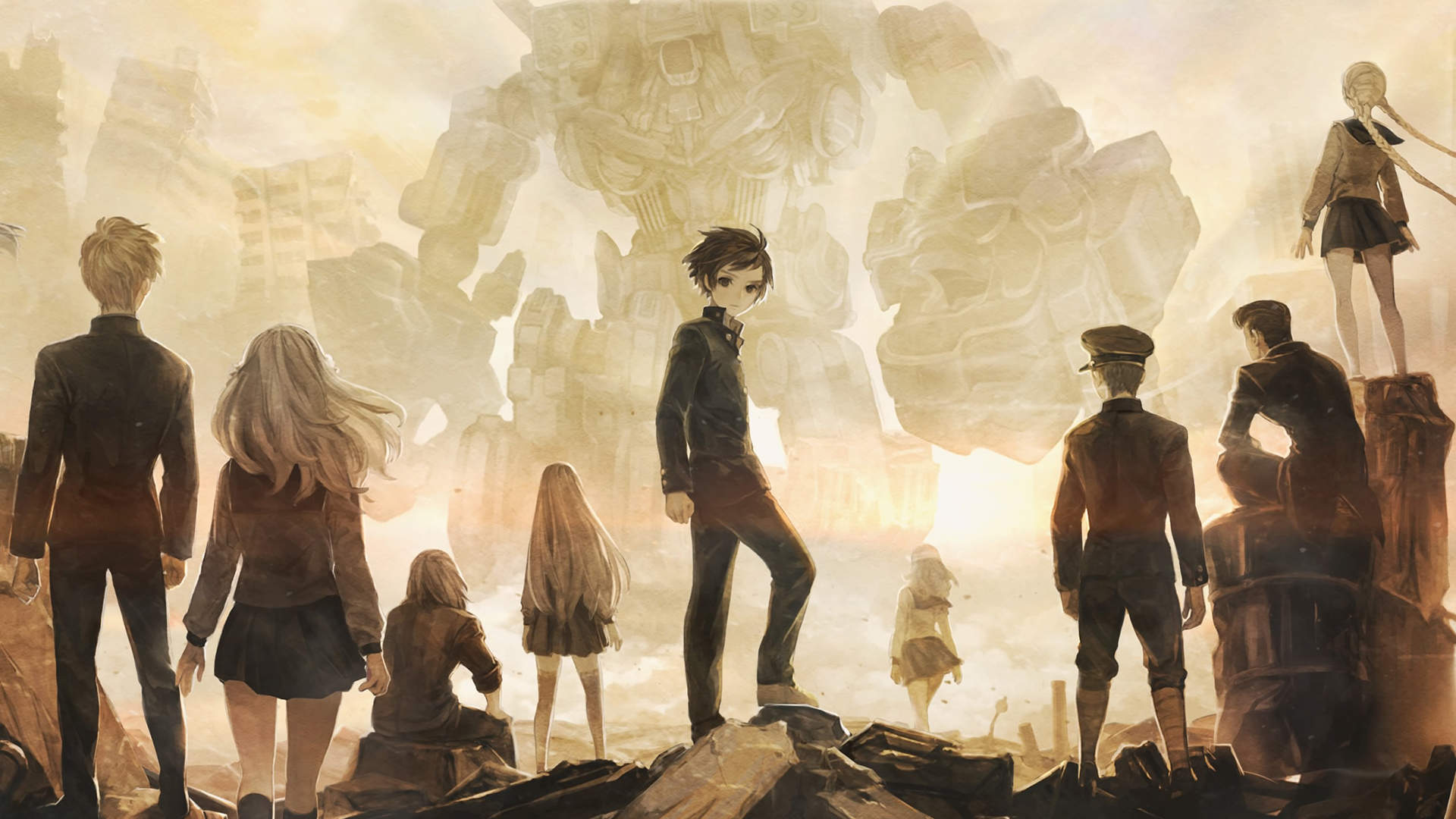 Every so often, a game comes around that challenges our fundamental knowledge of what the medium (and what human creativity itself) is capable of. 13 Sentinels: Aegis Rim is a game that, simply put, shouldn’t be able to exist; it’s a mythological being that still feels like some lucid dream even after I’ve completed it. It’s one of the most compelling sci-fi stories to come out in years, but it is also, unfortunately, a game that is destined to fly under the radars of many gamers, which is — to put it eloquently — a mighty crying shame.

Let’s get some things straight first. Doing non-linear storytelling? Hard. Telling a story with multiple protagonists? Hard. Crafting a story that can be experienced in a nigh infinite number of permutations? Hard.

Creating a narrative with any single one of these elements is an endeavor writers do not take lightly. Yet that didn’t stop the madman founder of Vanillaware himself, George Kamitani, from deciding to develop a game that contains all three. Such an effort sounds impossible on paper, foolish to even attempt, but 13 Sentinels demonstrates beautifully how fools can have the last laugh.

13 Sentinels is a tricky game to describe without giving too much away given its story-centric nature. Even likening it to Vanillaware’s previous outings isn’t particularly useful since, outside of the gorgeous hand-drawn graphics they’re known for, 13 Sentinels is nothing like Odin Sphere or their other titles. Instead of a classic fantasy setting, you have a relatively modern Japanese city; instead of obtaining gear and loot to arm your character with, you obtain hints and clues to arm your knowledge with; and instead of swords and magic, you have science and mechs.

True to its name, 13 Sentinels has you following a whopping thirteen protagonists, each given a story and role of no more and no less import than their peers. Outside the initial prologue and small handful of gated progress checkpoints, you are essentially given free rein over the order you wish to experience the stories in. That means that the story has to be written in such a way that it’s just as engrossing no matter the order one chooses to play the events in. It’s one thing when we’re talking about Breath of the Wild’s twelve short memories, but it’s another thing entirely when we’re talking about 13 Sentinels’ forty-hour long all-killer, no-filler narrative.

No matter what protagonist you pick or what decision you make, there’s always a dot you’ll be able to connect to events in at least one other character’s story. That’ll then cascade into a chain reaction of realizations that will have you pouring over the game’s mystery files in search of confirmation. This makes whatever order you choose to experience the story in miraculously feel like “the right order.”

I flip-flopped between protagonists whenever I felt a connection between them, whereas I have friends that stuck with one protagonist until they dead-ended before moving to another. In both our cases we felt a profound awe in how the puzzle pieces came to fit into place.

Kamitani decided that giving players the wheel wasn’t enough chaos by itself, though, as he even wrote many of the individual story segments to be non-linear. Flashbacks and flashforwards are as common as tasty food in a Vanillaware title, with some rare instances even featuring flashbacks within flashbacks.

The result is a story that is constantly switching up your starting point and forcing you to reevaluate your understanding of what you thought were facts. The true genius of the writing lies in the fact that despite the fractured kaleidoscope of a timeline, the story still manages to keep you in this perpetual state of feeling like you’re one or two steps away from figuring everything out if you just think hard enough.

So here we are with a narrative that has all the entropic factors necessary to create one glorious trainwreck. The fact 13 Sentinels not only avoids that wreck but even goes so far as to turn into a galaxy express is a testament to just how damn good Kamitani is as a writer and director. The non-linear storytelling crafts a tantalizing mystery, the numerous protagonists provide a grand scope that can’t just be grasped by a single thread of understanding, and the freedom to choose the order the stories are experienced in enforces the fact that you are indeed playing a game and not just reading a book. All three elements are core to 13 Sentinels’s identity, and few other stories in video games — or any medium for that matter — layer so many levels of complexity on top of one another and manage to tie them all together with such stunning clarity.

That makes it all the more unfortunate that 13 Sentinels is fighting an uphill battle to gain attention; it simply does not showcase well. Many of the trailers leading up to launch simply featured characters walking from one end of the screen to another and the battle system — while brilliant in practice — looks like some Geometry Wars knockoff at first blush. Heck, I even wrote about such worries three years back, worries I will gladly say turned out to be completely unfounded.

There has been a distinct lack of buzz around the game since its global launch in September. Even our own website, Goomba Stomp, is guilty of perpetuating the radio silence. The fact that it was a nominee for “Best Narrative” at The Game Awards is a miracle in its own right, even if it ultimately lost.

That’s why I’m here to tell you: Don’t skip 13 Sentinels: Aegis Rim. It’s a transformative, one-of-a-kind experience that demonstrates the weight video games can bring upon their players, and that’s without even touching on the stunning visuals, music, and battles. So shut up, get in the damn robot, and start unraveling the mystery of the Sentinels.