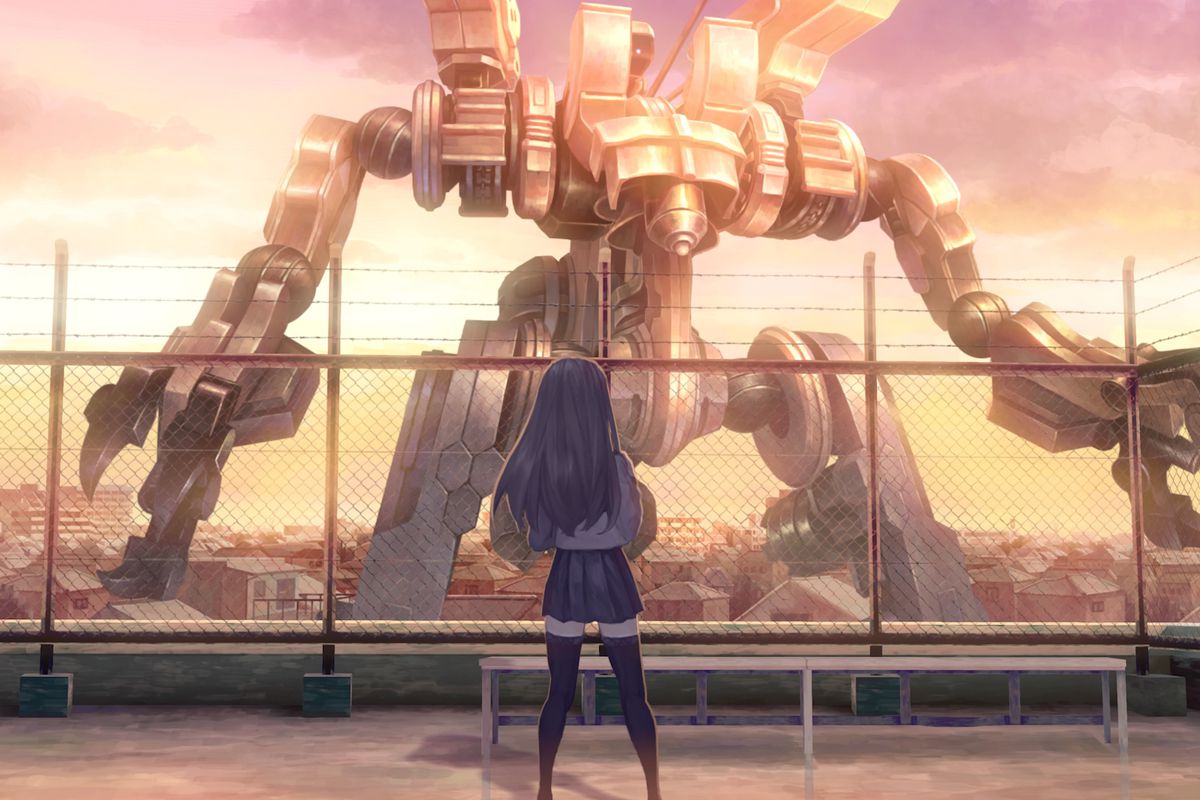 “What kind of game will 13 Sentinels: Aegis Rim be?”

At this point in time, there are very few individuals who can answer this question. We know that the game is being developed by Vanillaware, a studio lauded for their exquisitely hand-drawn graphics akin to a moving painting. We know the story takes place in a modern setting as opposed to Vanillaware’s usual fantasy backdrops. And we know there are mechs involved in some capacity. However, after two years and three trailer we arguably still don’t even know what genre this game will be. That’s because although we’ve seen plenty of “gameplay” footage, we have yet to see any footage of how the “game plays”.

13 Sentinels: Aegis Rim was first revealed during Sony’s press conference at TGS 2015, showing the game’s modern, post-disaster setting as well as a featured mech. The teaser trailer did well to establish the new direction Vanillaware was going in without revealing many concrete details. This was enough reason for fans to get riled up in anticipation for more news in the future.

Unfortunately for them, Atlus and Vanillaware went radio silent on the title after its initial reveal. It wasn’t until E3 2017 that 13 Sentinels finally resurfaced, and it wasn’t exactly what fans were looking for. This “new” trailer was simply the original TGS 2015 reveal in English with a handful of slightly different scenes that added very little, if not nothing, to the narrative. Nearly two full years for a reskinned teaser trailer.

During Sony’s recent 2017 TGS press conference a brand new trailer for 13 Sentinels finally premiered. From it we learned… once again very little. We got a closer look at the other playable characters and saw that some of them will indeed be piloting the titular Sentinel mechs, if not all of them. Beyond that, though, the trailer was extremely similar in content to the original teaser. That is a whole lot of walking and running towards the right side of the screen.

From what has been shown in these three trailers we still do not know what kind of game 13 Sentinels: Aegis Rim will be. For all we know the game could be a visual novel where the player walks from location-to-location, talking to characters along the way and watching mech battles unfold in cut-scenes. This is highly unlikely given Vanillaware’s pedigree and track record, but it illustrates just how little we actually do know about this new title.

This is perhaps the only tiny glimpse of active gameplay we got, and it looks like a shoot em’ up?

Compare this to Vanillaware’s last new IP, Dragon’s Crown. The title had a relatively rocky development cycle, changing publishers from Ignition Entertainment to Atlus part-way through and suffering a delay from 2012 to 2013 as a result. Despite that, however, it was crystal clear right from the outset what kind of game Dragon’s Crown would turn out to be: a 4-player cooperative brawler with online functionality. There was never any confusion on that front.

Perhaps the closest comparison that can be made to 13 Sentinels is the Wii U’s Tokyo Mirage Sessions #FE. TMS#FE was also a brand new IP originally announced via a teaser during a Nintendo Direct in 2013 and was known at the time as Shin Megami Tensei x Fire Emblem. Similar to 13 Sentinels, the crossover project then went into hiding letting fan speculation of how the game would play run rampant in the meantime.

Two years later the first official gameplay trailer was revealed, and the backlash was instantaneous. SMT and FE fans alike felt their expectations built from the initial teaser were betrayed. While the game eventually went on to be relatively well received by critics, TMS#FE ended up selling relatively piddling numbers, not at all alleviated by the Wii U’s already abysmal install base.

Now TMS#FE is a rather extreme example. It helps that we at least know what 13 Sentinels looks like and that it’s not being developed for a dying platform. However, the circumstances surrounding the unknown gameplay aspects are nearly identical. Fan speculation is churning and expectations are being built up. If in the worst-case scenario, 13 Sentinels does end up being a visual novel or the like, it’s possible to see a reaction of similar magnitude to TMS#FE‘s, even if Vanillaware made no promises about what the game would be like.

While it’s not unprecedented for a game to go a long period of time with no news (Final Fantasy versus XIII says “hi”), it is unprecedented for a game to have so many trailers showing in-game footage and not even be able to tell what genre it will be. That said, Vanillaware is a competent developer that has earned the trust of their fans for good reason. They have put polished title after polished title out over the years that have consistently met or exceeded fan expectations. Hopefully, Vanillaware is mindful of the burden that trust now carries and aware of the consequences that will come from letting it down.