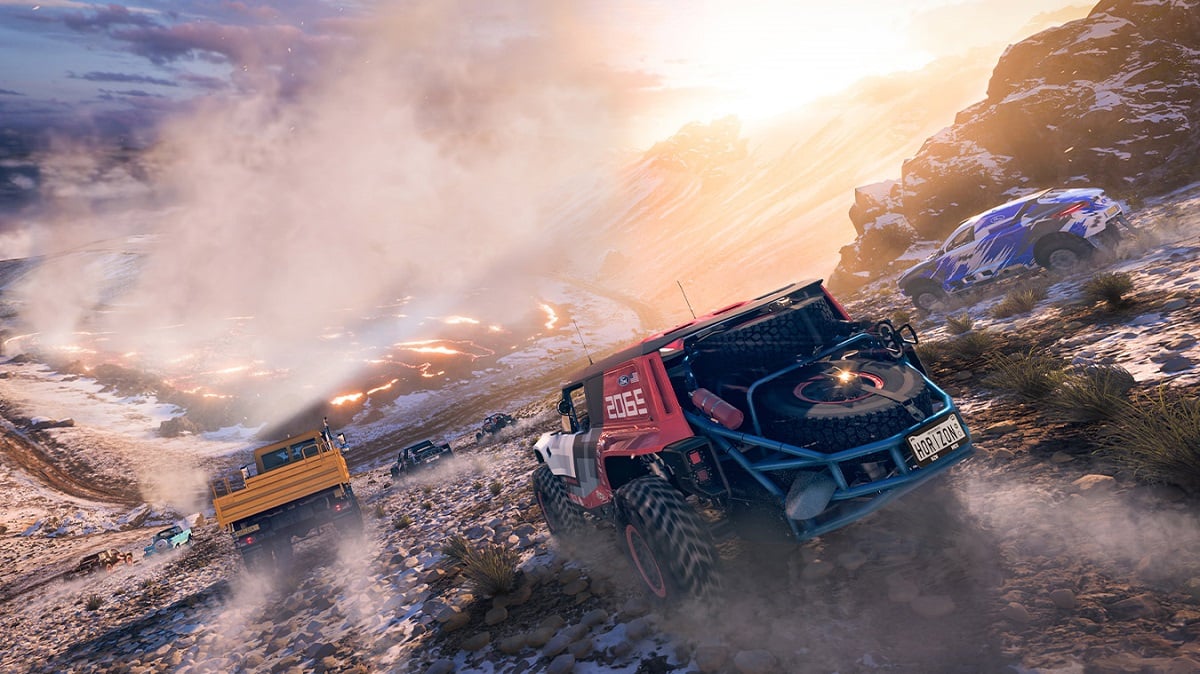 Another year, another Christmas for video game fans the world over. The announcements have been made, the trailers posted, and one thing is for certain: Xbox just had one of its best conferences of all time. Even without some of their most highly anticipated titles like Fable, Hellblade 2, Avowed, Perfect Dark, and so on, Microsoft and Bethesda managed to put on a joint show that felt cohesive, fast-paced, and well-curated to cater to all types of viewers. We’ve whittled the list down to seven of the hardest-hitting announcements that you need to know about. Let’s get right to it!

One week ago, Starfield was in a similar place to Elden Ring. Nothing more than a teaser had been seen of either, but both were incredibly anticipated based on the pedigree of the developers alone. Fast-forward to now and whereas Elden Ring has given us an idea of what to expect, we’re still no closer to understanding how Starfield plays or is structured than we were before.

What we do know is that it’ll be exclusive to Xbox and PC and that it’s targeting November 11th of next year. Despite releasing a lackluster teaser trailer instead of the deep dive so many had hoped for, Bethesda’s Starfield showing did seem to confirm one thing that’s been debated since their acquisition announcement last year: any of their future projects without existing contracts will likely be Xbox console exclusive going forward.

Though it started as a rather barebones experience when it first released in 2018, Sea of Thieves has grown by leaps and bounds every year thanks in no small part to consistent and meaningful content updates. A Pirate’s Life is the culmination of everything Sea of Thieves has been working towards up until now: a dream collaboration with Pirates of the Caribbean, the franchise that single-handedly started the pirate media craze of the 2000s.

From the iconic portrayal of Jack Sparrow to Captain Barbossa and the Black Pearl making an appearance, this is exactly what fans have been waiting for. The greatest weakness of Sea of Thieves has always been its lack of a campaign, so what better than to introduce a full-on story expansion that people actually want to experience and at no extra cost? A Pirate’s Life will arrive alongside the game’s third season of content on June 22nd.

To say Halo Infinite has been through the ringer would be a massive understatement. Following the poor reception to its July gameplay reveal and subsequent year-long delay, many were been skeptical that 343 Industries would be able to pull through and update Infinite enough to impress the masses in time for its target Holiday 2021 release window.

It’s hard to believe, but the multiplayer gameplay shown at Microsoft’s conference today was significantly more impressive than the campaign footage we all saw last year at the reveal. There are no unfinished character models, stuttering, or pop-in to be found, and the general consensus seems to be that Halo Infinite looks like it’s in great shape. For as much as Halo’s absence was felt during the launch of the Xbox Series X|S, committing to the delay and earning this redemption arc may have made it all worthwhile.

Microsoft has been unabashedly aggressive when it comes to securing third-party deals for Xbox Game Pass. While their 2021 conference didn’t have anything as industry-shaking as MLB The Show joining the lineup, there were several additions that were more broadly exciting. The reveal of Slime Rancher 2 for a 2022 release was a welcome return to the wonderfully colorful, lighthearted world of wrangling slimes. Hades finally got a release date for other platforms (August 13) and it launching right into Game Pass is a fantastic get. A Plague Tale: Requiem was a genuine surprise that has great potential to harness the power of next-gen in the hands of Asobo Studio. And finally, the addition of Yakuza: Like a Dragon to Game Pass means that the entire series is finally playable on the service, something that would’ve sounded like a pipe dream just a few years ago.

The creators of Suikoden shocked JRPG fans everywhere when they announced the Kickstarter for Eiyudan Chronicle: Hundred Heroes, a gorgeous spiritual successor to the beloved and long-dead franchise. Now less than a year after becoming the third most funded video game Kickstarter of all time, developer Rabbit and Bear shocked everyone once again by announcing that the game will launch directly into Game Pass when it releases in 2023. What’s more, they revealed that a completely separate fighting game spinoff titled Eiyudan Chronicle: Rising will hit first sometime in 2022 (though it’s unclear if this will also come to Game Pass or not). It’s not often that Microsoft gets to claim first rights on new, highly-anticipated JRPGs, so this is undoubtedly a major win for fans of the genre on Xbox.

Ever since its reveal at the 2018 Game Awards, The Outer Worlds’ development mantra was clear: time and budget. The team at Obsidian had limited means with which to create their new IP, and yet they still managed to deliver a GOTY contender that felt like a return to form for longtime Fallout fans. Any issues that were present (the lack of a romance system, the game length, recycled crew interactions) were a direct result of those ever-present constraints on the project.

What makes The Outer Worlds 2 reveal so exciting is that it’ll be the first title made with Microsoft’s full backing. Just like how a project on the scale of Avowed couldn’t be attempted without financial backing, having access to Microsoft’s resources means that Tim Cain and Leonard Boyarsky can finally realize their vision for The Outer Worlds universe. It sounds like things are still in the pre-production stages, but the potential of this a few years down the line is near-limitless.

The location of Forza Horizon 5 leaked weeks before the show to a middling response from the community. Japan has long been the most desired setting for the Horizon series, but Mexico? It felt completely out of left field. However, all of those hesitancies were put to rest once fans actually set their eyes on what the first next-gen Forza Horizon game could accomplish. Not only does the reveal trailer show off the geographical diversity of Mexico, but the accompanying gameplay trailer (especially the 4K version) is jaw-droppingly beautiful and shockingly realistic. From tropical rainforests and picturesque beaches to volcanos and deserts, every scene looks impossibly detailed and just begging to be explored. Thankfully, with an imminent release date of November 9th we won’t have to wait long to explore all that Mexico has to offer.