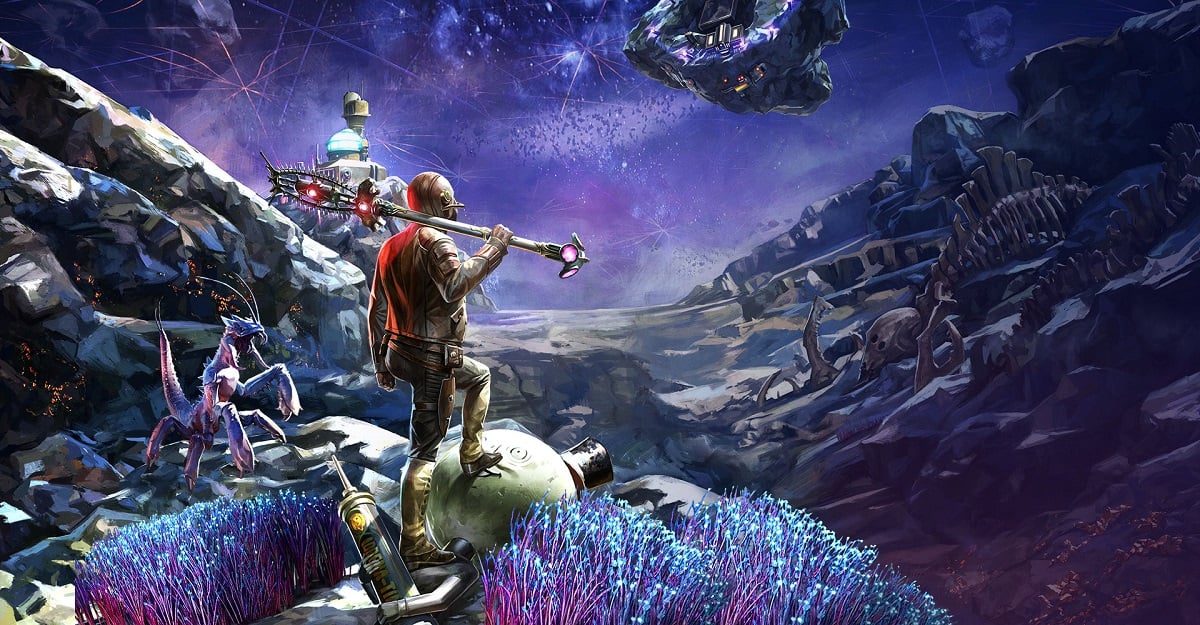 In many regards, The Outer Worlds is a game for “the rest of us.” Obsidian clearly followed the tried and true Fallout formula, but being free from the shackles of post-apocalyptic America allowed them to dabble in a vibrant color palette and story so campy that the writers of Firefly would be proud. For myself and many others, it’s the perfect introduction to one of the most popular types of RPGs on the market.

In 2019, Obsidian was clear that the first game was limited by time and budget constraints, and as such it was purposefully created to be a shorter, tighter experience than its genre contemporaries. Now with the full backing and resources of a first-party publisher in Microsoft, however, the floodgates are open and co-directors Tim Cain and Leonard Boyarsky can finally bring their true vision to life.

While a sequel hasn’t been formally announced yet, Boyarsky hasn’t been shy in stating that he’d love to work on one if given the chance, and there were recent rumors of a new entry already underway in pre-production. Assuming Obsidian is building out this series alongside Avowed, here are just a few things we’d love to see in The Outer Worlds 2.

If there’s one thing The Outer Worlds nails outside of character writing, it’s the rich development of Halcyon as a vast, disturbing corporate-owned space colony. From endless data logs and bits of environmental storytelling to the new audio logs implemented in the DLC, there’s no shortage of tidbits to pore over. However, for as top-notch as the worldbuilding is, the lack of visible change to areas somewhat hampers the experience.

As things are now, settlements remain in the same state as when you left them. If you redirected power from Edgewater to the Botanical Gardens in the first area, revisiting it later on won’t reveal a flourishing Botanical Gardens settlement or a more rundown Edgewater. In fact, everyone in Edgewater will still be crowded in front of the factory whether you’ve just redirected the power or come back 30 hours later.

In short, you’re not really meant to revisit most areas after clearing them. Because later side quests require some backtracking, though, it’s tough to avoid seeing old locales and stumbling upon these immersion-breaking flaws. But what if your actions caused visible change to the world over time like the reconstruction of Colony 6 in Xenoblade Chronicles? With the extra resources Obsidian has at its fingertips now, having dynamic towns, settlements, and even entire planets would be a massive boon to making the galaxy feel that much more lived in.

The Outer Worlds’ greatest strength is its characters, and part of what makes the fantasy of assembling a ragtag space crew so attractive is seeing them hang out in the ship together and go about their lives.

There are currently only a handful of scripted scenes involving a couple members of the crew arguing, having a drink, doing target practice and so on. While these moments are nice and lend the ship a spot more realism (especially with some special animations and dedicated voice lines), they usually only last a minute or so and repeat several times throughout a playthrough. What’s worse, trying to talk to a crewmate in the middle of these sequences won’t let you join the conversation; it can feel more like watching a stage play than enjoying an actual candid moment with your crew.

With more development time and funds for mo-capped sequences, The Outer Worlds 2 would greatly benefit from doubling down on its character-building and incorporating a range of natural crew interactions that the player can join in on and enjoy spending time with their favorite characters. It feels good enough as-is, but having that extra layer of polish in a sequel would be fantastic.

Just like with the scripted ship interactions, it’s somewhat immersion-breaking when talking to party members yields no new dialogue options 80% of the time. After the first set of “getting to know you” prompts are complete, it’s exceptionally rare to get unique dialogue options about events happening around the galaxy or even just candid takes on current questlines. When the odd extra option does pop up, however, it’s always a treat.

Expecting new dialogue options for every single side quest may be unreasonable, and consistently delivering Obsidian-tier writing is undoubtedly a time-consuming process. That said, titles like Disco Elysium have extensively proven just how effective contextual dialogue can be throughout the length of a campaign. Being able to suddenly turn to Parvati and ask how she feels about the town you’re in or the main mission you’re undertaking would only further the already strong connections between The Outer Worlds’ characters.

This would be a simple but fun upgrade. For as much time as players spend on The Unreliable, there’s never a chance to decorate it to suit your tastes. The crew will gradually display knick knacks from your travels in their rooms, but there’s no option to customize the interior or exterior of the ship otherwise. Being able to make your ship truly feel like it’s yours by changing wall colors, furniture, and having to option to upgrade to a nicer kitchen and living area would be fantastic. Gradually seeing a ship go from dumpy and thrown-together to high-end and full of personal touches would make the adventures in The Outer Worlds 2 that much more memorable.

Great romance systems in gaming are incredibly hard to come by. For every Mass Effect and Persona 4 there are dozens of duds that tried and failed to make pursuing relationships fun and engaging. The Outer Worlds players have already seen a glimpse of what could be; the realism of sitting down at the bar with Parvati and attempting to give her relationship advice helped make her companion quest the best in the game. But what if that quality wasn’t just reserved for romances between characters, but applied to romanceable NPCs as well?

Leonard Boyarsky has gone on record several times saying that their team simply didn’t have the time to create a romance system that they could be proud of in the first game. As a first-party studio where their peers took an entire year on “early ideation,” though, Obsidian should have plenty of time to implement romance in a way that’s up to their high standards.