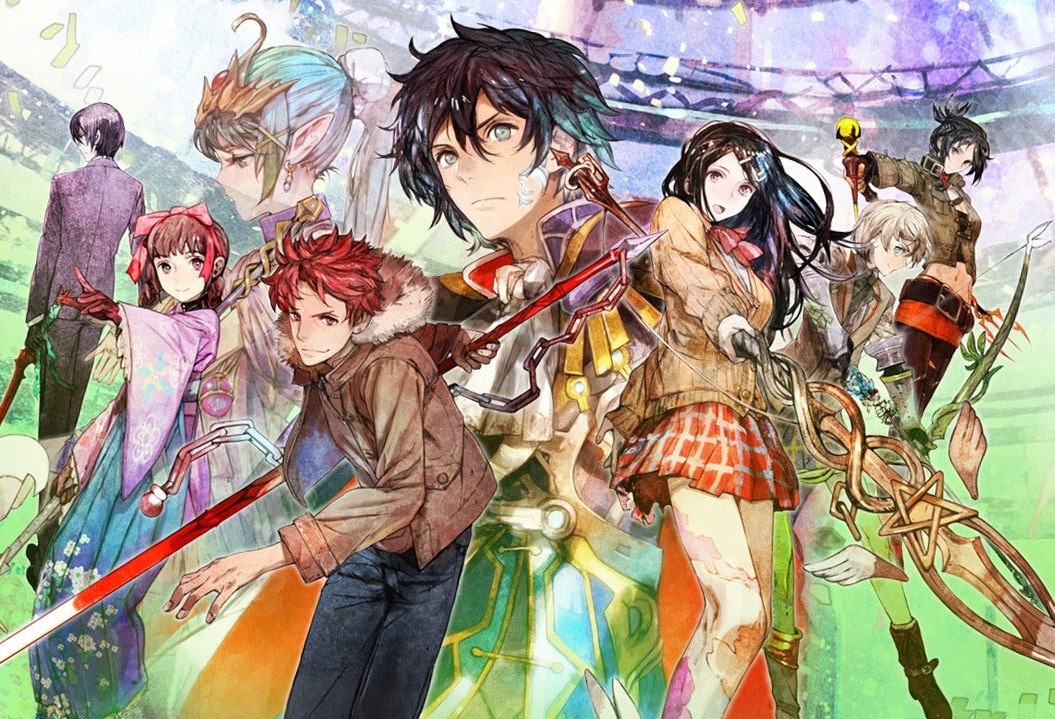 Back in 2015, the world was struck with Atlus’s crossover title: Tokyo Mirage Sessions #FE. Blending the gameplay of Shin Megami Tensei with the characters of Fire Emblem – it was a hit with critics but experienced middling sales (doubtless due to its Wii U exclusivity). But five years on, this JRPG gem has been gifted a new lease of life with Tokyo Mirage Sessions #FE Encore.

As someone who beat (and enjoyed) the Wii U original, I was eager to reevaluate this oddball adventure and see how it plays today. Does it beam as bright in a post-Persona 5 world, or is this performance singing out of key?

For better or worse, Tokyo Mirage Sessions #FE Encore embraces an aesthetic of Japan’s entertainment industry and runs with it. Shin Megami Tensei’s battle mechanics meld with the quirks and subtleties of Fire Emblem to manifest a curious combo that, for the most part, works a treat. The inclusion of Tiki and Demon/Persona-like beings (Mirages) as Fire Emblem characters (Chrom, Caeda, Cain, etc.) is the most notable element of Fire Emblem, but Master Seals and audio cues pop up too. Whilst its presence feels tacked on at times, Fire Emblem gets just enough time in the spotlight despite predominantly playing second fiddle to Shin Megami Tensei.

Atlus should be commended for their abstinence from predictability

The star of Tokyo Mirage Sessions #FE Encore is its battle system, which is defined by its quirky Session mechanic. By exploiting an opponent’s weakness, characters can combo off one another and land a bunch of free hits in a sea of cinematic splendour. It’s killer eye candy that never gets old (but on the off-chance it does, an option to speed through Sessions is included). Beyond this, the standard fare of turn-based beat ’em up is on display. It doesn’t reach the stellar heights of some modern genre contemporaries, but it ticks the boxes.

Sadly, the story fails to elevate beyond its hokey fantasy premise, being so blandly lackluster I can’t be bothered to even explain it. Where Persona 5 and Dragon Quest XI deliver thoroughly fantastic character building and interactions (and in Persona 5’s case, a sprinkling of social commentary), Tokyo Mirage Sessions #FE Encore remains bogged down with an uninspired cast. Front and centre is Itsuki – a blue-haired boy with about as much charisma as your Nan putting on her best sex voice and moaning “Do you like my finger in your asshole?” His friends are satisfactory but predominantly one-dimensional, so the side quests dedicated to building their personalities are more a means to learn combat abilities and less a way to expand on the wet tissue that is their personalities. Still, getting a glimpse into the inner-workings of Japan’s entertainment industry is intriguing.

Out with the old, in with (a little bit of) the new

Whilst new content in Tokyo Mirage Sessions #FE Encore is light, it’s welcome. A new dungeon (whilst forgettable) is enjoyable to explore, and the unlockable costumes are plentiful. Further improvements would have been appreciated though, like tweaks to the bloated method of relearning old/forgotten abilities. Rather than spending money à la the norm, Tokyo Mirage Sessions #FE Encore tasks players with re-upgrading old weapons, which is grindy, time-consuming, and disincentives players from customizing their myriad of potential ability setups. This lack of convenience in strategy customization in what’s technically a strategy game is baffling.

Another welcome refinement would have been alterations to Tokyo Mirage Sessions #FE Encore’s text message system. A novel idea, it sees characters text Itsuki’s phone with story commentary or side quest announcements. It’s neat, but constantly opening the phone menu to clear notifications is tedious. Why Atlus said “Let’s incorporate the shittest bit of modern life” is anyone’s guess. That’s like buying a game only to realise you’re expected to pay tax, argue with your “I’m not racist, but…” uncle, and cry every night about that tragic breakup with your girlfriend before you can get to the fun bits.

But that’s enough ragging on Tokyo Mirage Sessions #FE Encore, because it’s ultimately a solid game. The core gameplay and combat system is a blast, and the presentation (from the slick menu to the fully animated music videos) is gorgeous. As JRPGs go, one could do far worse than this peculiar hybrid of two esteemed franchises (but, truth be told, one could do far better too).