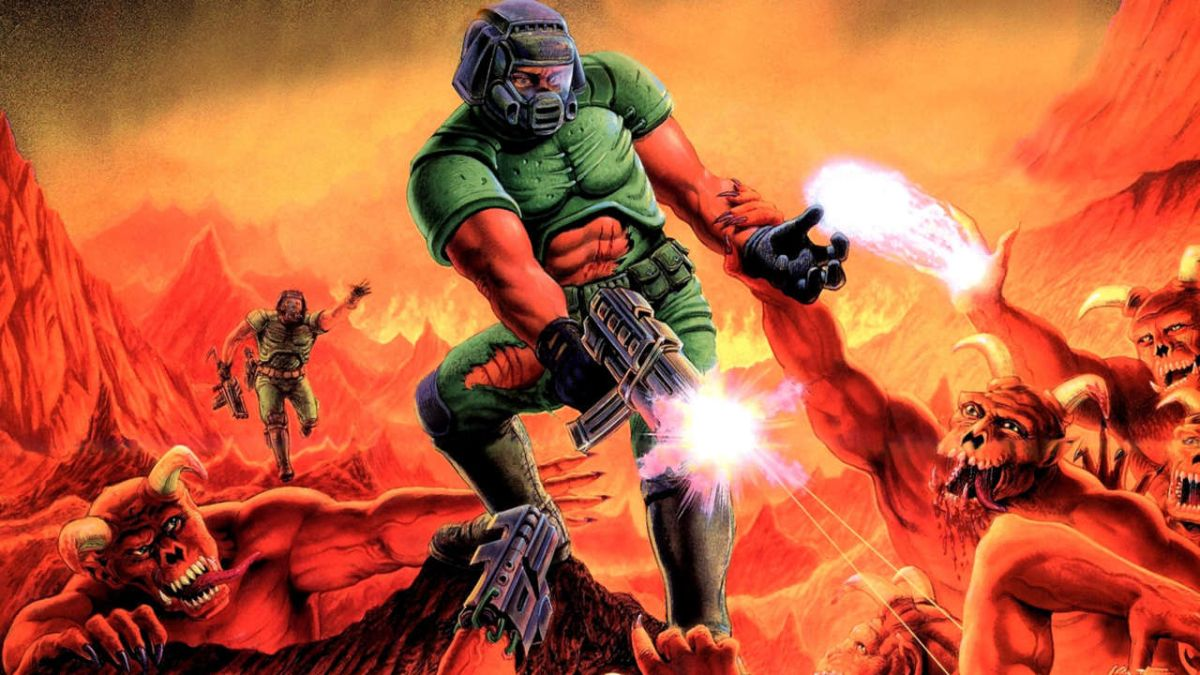 For many years now, the LEGO Group has enjoyed using ‘Slope 45 2×2’ pieces with various patterns on them to represent things like computers and other electronic displays. Recently, however, Twitter user James Brown (@ancient_james) turned one of these sloped LEGO bricks into an actual working display, showcasing the design and function in a Twitter thread that went viral earlier this month.

Very happy about this. pic.twitter.com/1FofmKbqJP

The modified 2×2 sloped LEGO brick was originally intended to simply mimic the computer aesthetic of the printed bricks, but after multiple replies to the viral Tweet asking if the creator could run Doom on it, their wishes came true. Yesterday, James Brown Tweeted a follow-up to the original Tweet after some further modifications to the LEGO brick showing that, yes, you can indeed run Doom on it if you try hard enough.

I wired the brick up as a very small external monitor, so you can, for instance, play Doom on it. pic.twitter.com/uWK2Uw7Egr

It’s admittedly quite hard to see, but if you look closely you can definitely tell that Doom is being played in real-time using the LEGO brick as a screen. The creator stated that the resolution is a magnificently low 72 x 40, making it possibly one of the smallest devices you can play Doom on without it being completely incomprehensible. Regardless, this is a technical marvel that takes the art of LEGO building to new heights.

This is of course far from the first time Doom has been run on an obscure or otherwise strange device. For years, people on the internet have shown Doom being run on anything from a pregnancy test to an Apple Watch, so it’s somehow not even that surprising that the latest in this long-running trend is a tiny LEGO brick.

Now that you can run Doom on a LEGO brick, what could possibly come next? For more Doom news on Goomba Stomp, you can check out our article on why Doom is an essential game to understand the essence of gaming as a medium.