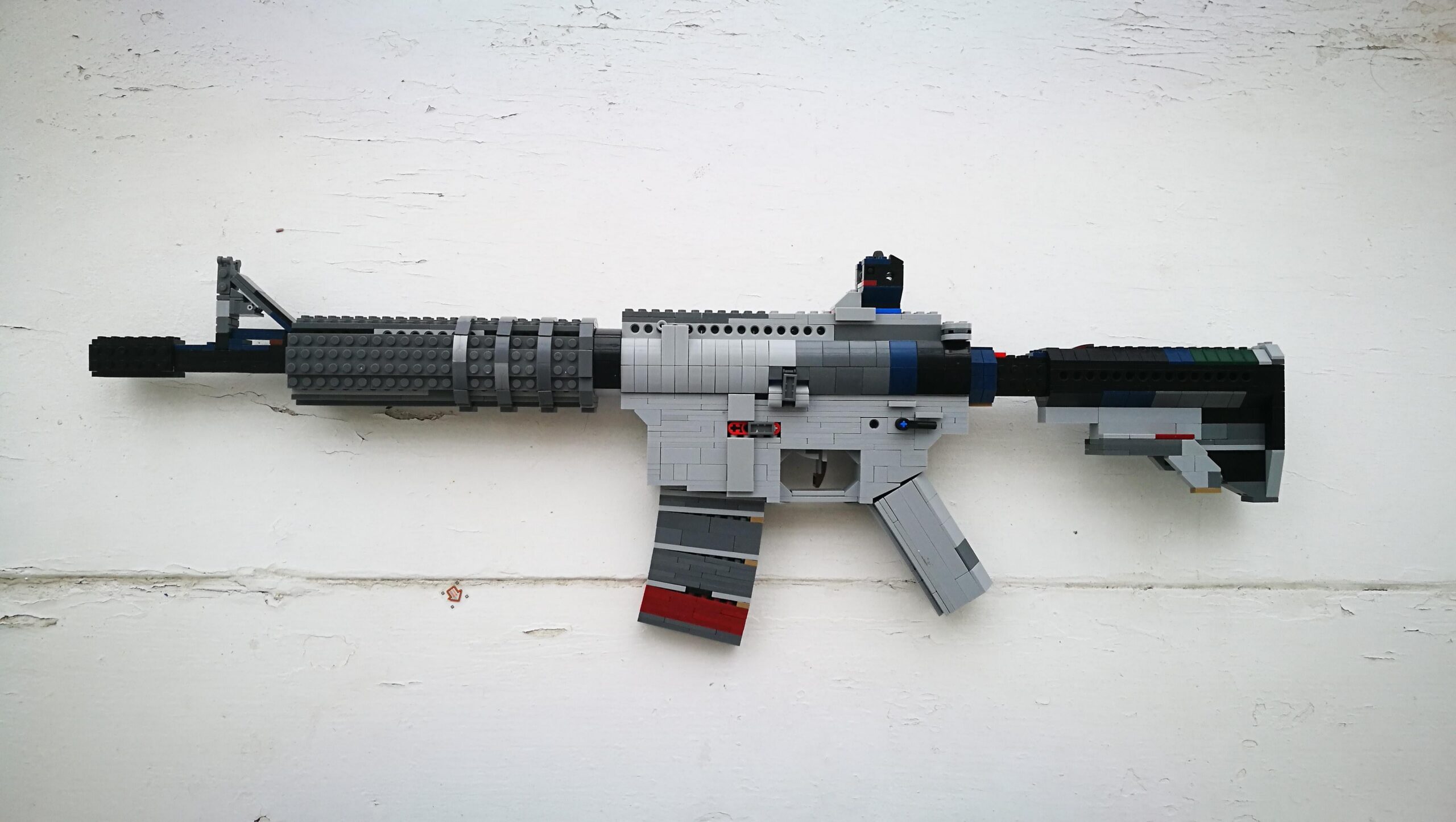 There are a ton of weapons available across the span of the Call of Duty franchise including the XM4 assault rifle, which first made its appearance in Call of Duty: Black Ops Cold War and has since been made available in Call of Duty: Warzone. There is being a fan of the weaponry in the game and then there is being a super duper mega fan, which is how I would class Reddit user saladass146 who went above and beyond to recreate the assault rifle entirely in LEGO.

The post was made in the Black Ops Cold War tag on Reddit and it shows saladass’s amazingly detailed replication in LEGO.  As is to be expected, the comments section and the likes blew up with Call of Duty fans praising the highly creative and incredibly well made LEGO creation. In the comments, saladass confirms that magazine on the toy rifle is actually removable too. So not only does it look the part, it even acts the part too. It doesn’t shoot any real bullets though which is honestly a blessed relief. That would take the realism a little bit too far.

Saladass shows off the sizing of the replica with some photographs, demonstrating that it is somewhat to scale (though likely a hell of a lot lighter than the real version). He even takes some photos by a window in true camper fashion. Probably not the best idea to hold a realistic looking gun so close to a window in the real world though. Maybe avoid that in the future saladass. This LEGO replication is a great example of how Call of Duty players express their love for the franchise in all sorts of interesting and creative ways. Call of Duty may be known for having a somewhat toxic side to its fan base (what fandom doesn’t though) so it is always great to see some creativity injected into it.