You’ll get a kick out of these cutscenes!

LEGO Star Wars: The Skywalker Saga is a colossal adventure filled to the brim with lovingly recreated iconic Star Wars story moments using the medium of LEGO. Featuring 45 levels spanning all mainline Star Wars movies and mixing faithful story adaptations with silly humour and meme references, The Skywalker Saga manages to be entertaining throughout its 20-hour story mode, mostly thanks to its sense of humour. Here are ten of the most enjoyable and memorable jokes in The Skywalker Saga, ranked in order of appearance in the game!

One of the most iconic and most frequently-memed jokes from the prequel trilogy by far is Anakin Skywalker’s “I don’t like sand” comment in Episode II: Attack of the Clones, but LEGO Star Wars: The Skywalker Saga takes this one step further. Not only is this quote referenced in Attack of the Clones, but also in subsequent Episodes such as Episode VII: The Force Awakens and Episode IX: The Rise of Skywalker. From Padme’s comment that Anakin’s nightmare must have had a lot of sand in it to the ghost of Anakin saying the legendary line in Rey’s head when approaching Luke’s lightsaber in Maz Kanata’s castle, it would seem that Traveller’s Tales couldn’t resist but turn this prequel meme into the game’s longest-running joke.

Episode III: Revenge of the Sith is arguably the funniest individual Episode in The Skywalker Saga, likely owing to the source material’s own abundance of quippy one-liners and scenes that have become running jokes in the Star Wars fandom. That being said, Episode III gets off to a strong start in The Skywalker Saga by making a completely original and unexpectedly dark joke about a battle-droid celebrating its last day before retirement before being crushed by the incoming Anakin and Obi-Wan as they land in the hangar bay. This scene is a stellar example of LEGO Star Wars: The Skywalker Saga’s ability to incorporate original comedy into the game rather than simply over-relying on memes and references.

Fans of Episode III will have likely been looking forward to seeing how the legendary “Hello there!” scene from the movie would be adapted into LEGO form, and LEGO Star Wars: The Skywalker Saga does not disappoint. Obi-Wan gets to say his iconic line, but the joke that follows is even funnier as he challenges General Grievous to a dance battle based entirely on the “your move” line in the movie. This wordplay makes for a highly entertaining scene in which the two combatants show off their dance moves, culminating in General Grievous dabbing — a moment that manages to be so cringeworthy that it’s hard not to laugh. The entire Utapau section of the story is a gold mine of funny moments in general, but this is the most memorable of them all.

The High Ground (Episode III: Revenge of the Sith)

For another example of LEGO Star Wars: The Skywalker Saga’s clever wordplay humour, look no further than one of the most iconic scenes of the entire saga — Obi-Wan’s high ground moment on Mustafar. The line is taken extremely literally, and the camera pans to Obi-Wan at the top of a step-ladder before Anakin makes the fatal mistake of trying to overcome this advantage. It’s one of the silliest jokes in the game but is so unexpected that it becomes the cherry on top of the entire Episode III: Revenge of the Sith experience. LEGO humour doesn’t always land, but The Skywalker Saga shows its strengths much more than its weaknesses.

Memes on the Death Star (Episode IV: A New Hope)

An almost completely unambiguous reference to Keyboard Cat in LEGO Star Wars: The Skywalker Saga was certainly not on the bingo card. As the heroes sneak onto the Death Star, the Imperial officers appear completely distracted by what’s on their security monitor — an alien animal playing the keyboard with a goofy tune in the background. The resemblance to the age-old internet phenomenon is so uncanny that it has to be intentional, and this unexpected cameo truly shows that the writers at Traveller’s Tales are well-versed in internet culture. This likely also explains why there are so many meme references in The Skywalker Saga.

The infamous lack of medal for Chewbacca at the end of Episode IV: A New Hope is turned into quite the scene in The Skywalker Saga. Chewbacca, in his desperation to be rewarded for his efforts, is continuously denied a medal and becomes increasingly angry about it, culminating in a silly scene that caps off the story of A New Hope. This is later addressed in Episode IX: The Rise of Skywalker when Chewbacca finally receives his medal and wears it on top of his head since it won’t fit on his abnormal minifigure head. What began as only the most minor omission in the movie itself has since become the overriding focus of the scene when translated into LEGO form, once again showing the power of the Star Wars fandom in determining which details are worth focusing on.

The trend of silly original jokes continues at the beginning of Episode V: The Empire Strikes Back, featuring a running joke centred around an Imperial Probe Droid that seeks to infiltrate Echo Base on Hoth by becoming a pizza delivery droid. The ruse ultimately works when hungry rebels can’t contain their appetite and try ordering food from the droid, after which it reveals itself and alerts the Empire to the location of the rebels. It’s a simple joke, but very much appreciated especially given LEGO’s history with including pizza delivery in their games going back as far as the LEGO Island trilogy.

The Emperor’s Villain Moment (Episode VI: Return of the Jedi)

Emperor Palpatine has always been a cackling evil villain, but this short joke at the climax of Episode VI: Return of the Jedi further cements his villainous identity by making what appears to be a reference to James Bond villains and their tendencies to stroke cats on their laps. It’s the perfect joke to show off Palpatine’s scheming evil ways, made funnier by the fact that the ‘cat’ in question is a Mouse Droid that Palpatine puts down so it can scurry away afterwards. Mouse Droids are often used to comedic effect in The Skywalker Saga, such as the optional challenge to find twenty hat-wearing Mouse Droids in the open world, so this scene feels right at home.

In what quickly became one of the more divisive scenes in Star Wars history, General Leia Organa uses the Force to float herself back to safety after being blasted into space by Kylo Ren, but the LEGO adaptation has a slightly different and more hilarious solution to this problem. Leia, in trying to reach out using the Force, manages to grab hold of a nearby floating fishing rod and quickly uses it to reel herself back towards the ship. It’s a scene that begins by taking itself seriously before switching tone and playfully mocking the original, which is a common form of humour in LEGO Star Wars: The Skywalker Saga, and it works more often than not. Whether fans liked or disliked the scene in the movie, it’s hard not to laugh at Traveller’s Tales’ comedic adaptation.

The epic finale of Episode VIII: The Last Jedi features a climactic battle between the Force projection of Luke Skywalker and the increasingly-desperate Kylo Ren, but things take a turn for the comical when Luke begins shooing away an unknown character seemingly in thin air next to him. Cutting back to Luke on Ahch-To island, this character is revealed to be a local caretaker trying to vacuum underneath the floating Jedi in a hilarious twist that cements Episode VIII as the funniest adaptation of the sequel trilogy. How this reflects on the source material is up to interpretation, but it’s hard to deny that The Last Jedi has some of the best opportunities for slapstick jokes and goofy subversions of expectation in The Skywalker Saga. 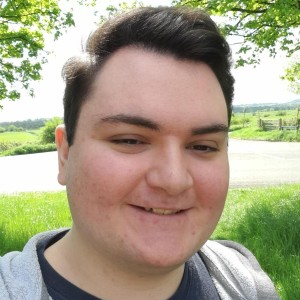 A lengthy but unforgettable reimagining of LEGO Star Wars.…

Chorus is a gorgeous space shooter with awesome dogfighting mechanics, but that is hampered by its overall structure.…

The Force is Still Strong With Star Wars: Knights of the Old Republic on Switch

If you have not played Star Wars: Knights of the Old Republic, you have no excuse now.…