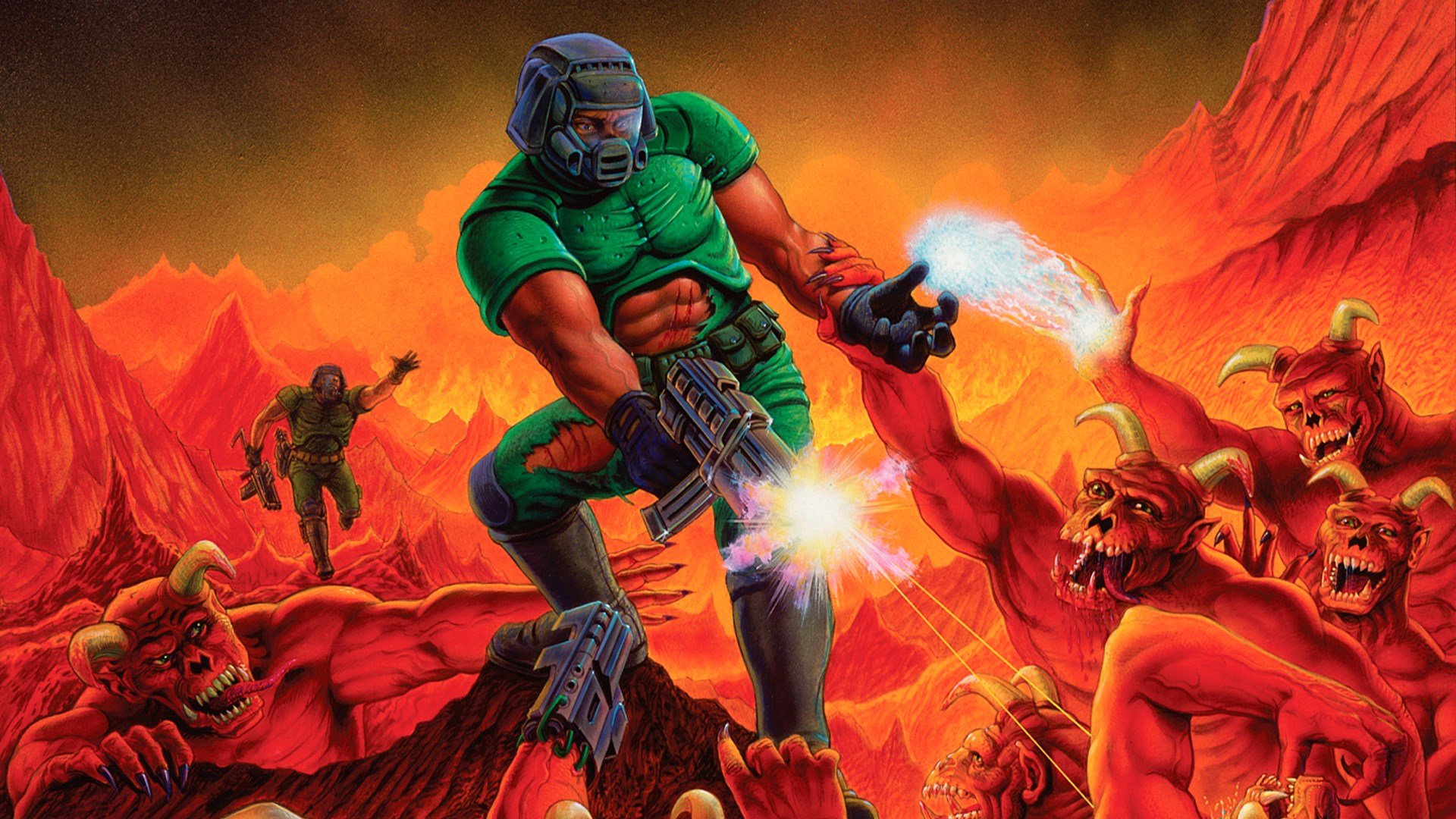 “Essential reading” is a rather common term that serves an important, if understated, purpose. Associated with a medium that stretches to the root of recorded history, even avid readers won’t be able to read everything, creating a need for curated recommendations. Although video games have nowhere near as rich a history as literature, the medium has evolved considerably in the past seven decades— and fast. Revisiting old art can be jarring in any medium, but video games seem to age faster than other works of art. At the very least, that’s the perception even if it’s not quite the truth. Doom (1993) may not be for everyone, but it’s a game that should be played by everyone.

Any title considered one of the most influential games of all time is naturally an “essential game,” but Doom is just good game design 101. Even independent of its legacy, Doom balances airtight level with a gameplay loop nothing short of addictive. Of course, that’s the very reason the game has its legacy in the first place. There was nothing quite like Doom in 1993. Even now, the FPS genre has evolved to a point where modern design philosophies are almost completely antithetical to Doom’s.

In a generation where the average first person shooter is guaranteed to follow a “games as service” model— withholding content as paid DLC, RPG-esque “progression,” an emphasis on multiplayer to the point most single player campaigns are afterthoughts— Doom (1993) provides important context of where the FPS genre is rooted. Of course, it’s more accurate to say that Wolfenstein 3D set the foundation for all future first person shooters, but it’s Doom that refined said foundation down to a science.

Well, if one can do so, there’s no reason not to play both Wolfenstein 3D and the first Doom. Both worked in tandem to popularize and define the FPS genre, after all. The fact of the matter, though, is that Doom (1993) is just such a clear, logical improvement over Wolfenstein 3D. It’s important to remember that the early 90s were one of the most creative periods in video game history. Most discourse from this era tends to focus on Japanese game development, but western developers were making huge leaps forward— id Software in particular.

Doom offers an essential understanding of the video game medium at its best.

In a single year, id Software managed to pull off a colossal spike in quality from Wolfenstein 3D to Doom. Not just on a technical level (albeit certainly on a technical level,) but in terms of game design as well. Secrets are still hard to find, but they aren’t nearly as annoying to uncover due better use of context clues; enemies are more aggressive and weapons plentiful, leading to a faster & more violent gameplay loop; and an emphasis on verticality gives maps both spatial depth and design depth. Perhaps most importantly, however, Doom trims Wolfenstein 3D’s fat.

Wolfenstein 3D makes use of a point and live system that Doom gets rid of, but it’s actually in its level design where Wolfenstein 3D comes off more indulgent than its successor. Although W3D certainly has a definable identity (slaying Nazis in a literal castle is an inherently strong premise,) its visuals are very one-note, leading to visually repetitive maps that very quickly outstay their welcome. It wouldn’t be any stretch of the imagination to say that Wolfenstein 3D is a good game in spite of its level design, important as the complete package ultimately is.

Doom, on the other hand, thrives thanks to its level design. While the overall quality isn’t consistent— with John Romero’s maps generally being better than Sandy Peterson’s— every map in Doom is at the very least cohesively built with a mix of clever enemy placement and second-to-none atmosphere. Where noise in Wolfenstein 3D was more annoyance than ambience, Doom creates a genuine hellscape.

Lights flicker on and off, giving players limited visibility as they fight their way through open halls where danger lurks in the shadows. Surreal imagery and gory remains immerse the audience in a world that’s incomprehensibly terrifying in concept alone. Grotesque moans and familiar sounding foot steps can stop a player dead in their tracks, forcing them to assess the situation before moving on. Doom is just as much a horror game as it is a high octane FPS— and it stems from Wolfenstein 3D’s blind spots turning into key sources of Doom’s identity.

Doom is fast paced by nature and the gameplay loop encourages bursts of intense action, but it’s also a mature title that respects its audience’s time. Even at its worst, the level design does not waste a single room. Whether it’s to allow a moment to breathe or challenge the player right before the exit, Doom’s maps are still some of the genre’s best. Knee-Deep in the Dead is genius level design from start to finish, each map gradually growing in scope without outstaying their welcome. Wanting to give audiences a large playground is understandable, but it’s important to show restraint. A simpler, catered map can have more value than an open arena— a design philosophy Doom consistently exemplifies.

Doom isn’t particularly difficult, either. While the difficulty curve does gradually trend upwards before peaking in the first two maps of the final episode, anyone can comfortably pick up and play Doom. Five difficulty modes and an arcade-like structure also make Doom easy to both binge and take one’s time with. The par for completion for the first map is only 30 seconds, but it has its share of secrets tucked away that’ll only be found if players take the time to explore— all playstyles are encouraged.

What makes Doom essential more than anything else, though, is how it tackles its subject matter. Doom isn’t tongue in cheek, but it doesn’t take itself too seriously either. As fantastical as a demonic horde invading is, the story grounds itself well against a sci-fi backdrop. There’s a genuine horror to the minimal narrative and while there aren’t any emotional stakes, what better stake is there than personal survival? At the same time, Doom’s a game that encourages players to go to town on demons whenever they pick up a Chainsaw or the instantly iconic BFG.

Doom is one of the best examples of “gameyness” and a serious tone bolstering each other. Doom’s off-the-cuff secrets and stranger moments stand out all the more because the game does take itself seriously. Demons are legitimate threats and danger is always properly contextualized. The Cyberdemon also has detailed asscheeks and Thy Flesh Consumed ends up being a revenge story because demons killed Doomguy’s bunny. In a generation where games have become more like film— embracing singular tones and desperately clinging onto any semblance of cinematic illusion— Doom is all the more striking.

Video games are so unique as a medium that to parrot cinema is a waste of artistic potential. The average game will take hours to complete, long enough where players should be able to form an emotional attachment to what they’re playing. That happens all the smoother when games play to the strength of the medium. Interactivity, variety, an experience that can only be done in a video game. Doom cannot exist outside of its medium. It cannot exist without its out of the way secrets, terrifying set pieces, or tonal ebb & flow. Doom offers an essential understanding of the video game medium at its best. Modern games don’t need to be more like film. They need to be more like Doom.

Castlevania: Rondo of Blood is an Understated Innovation