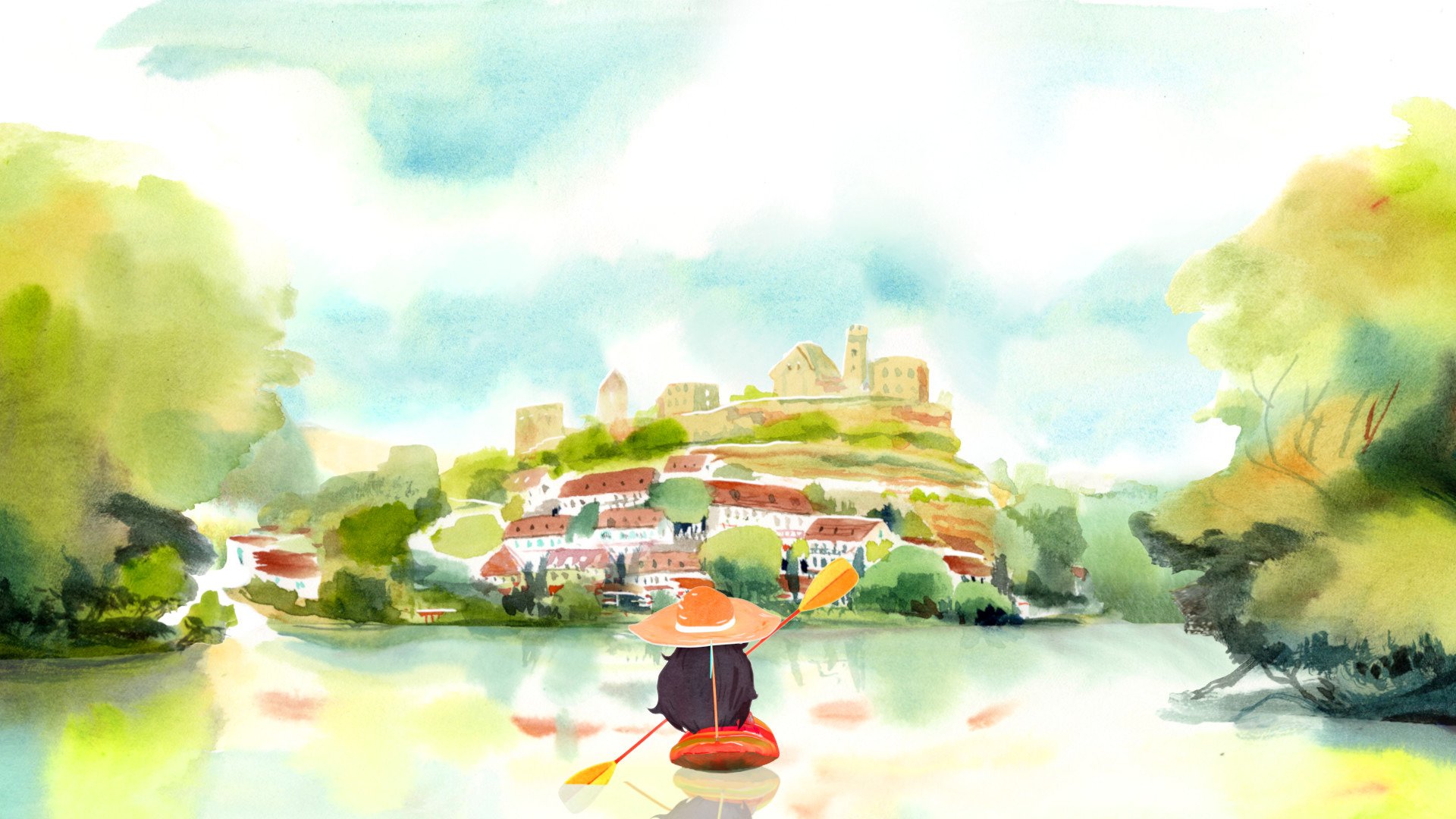 The Biggest Indie Games to Watch in 2021

In many ways, 2020 was a year defined by indie games. It was the year that Among Us and Fall Guys brought the world together, while Hades outperformed titles by some of the world’s biggest publishers to become a serious Game of the Year contender. But as the sun sets on 2020 and a new year dawns, 2021 is already looking to be another great year for indie games as well.

In this special edition of Goomba Stomp’s biweekly Indie Games Spotlight column, we’re highlighting just a handful of the most exciting titles you can expect this year. Independent developers are always pushing the boundaries of storytelling and gameplay, so there are plenty of exciting games in nearly every genre on the horizon this year. Arranged in alphabetical order, here are thirteen of the most anticipated indie games of 2021.

Star-studded interactive thriller 12 Minutes has been generating buzz ever since its reveal at E3 2019, and now it’s targeting a firm 2021 release window. Developed by veteran game artist Luis Antonio, 12 Minutes follows a man trapped in a time loop as he watches a sequence of traumatic events play out over and over again. With an exclusively top-down perspective, the game weds cinematic storytelling with point-and-click gameplay elements to forge a narrative-driven experience. Some top-tier talent is involved with this project, featuring the voices of celebrities like Willem Dafoe and Daisy Ridley as well as the support of boutique indie publisher Annapurna Interactive. It’s planned for release on current and last-gen Xbox systems and PC.

The Artful Escape is a playable dream, an ethereal experience following the quest of a budding musician to overcome his stage fright and bring people together using the power of his guitar. It’s been in and out of the spotlight for years ever since its reveal in 2017, but The Artful Escape has always stood out for its pure artistry and promise of an emotionally impactful experience. It boasts a near-mystical aesthetic buoyed by a spacey soundtrack and straightforward rhythmic platforming gameplay. It took my breath away when I played it at PAX South last year, and I know I’m not alone in saying that I’m eagerly anticipating its release in 2021 on PC and Xbox systems.

Axiom Verge was a watershed moment for indie metroidvanias, beautifully capturing the spirit of Super Metroid while making meaningful additions of its own to the genre. Now, Axiom Verge 2 promises to continue that legacy by expanding on everything that made the original game such an impactful experience. The sequel is a standalone game that promises new characters, new abilities, and most importantly, new environments to explore. With a new release window of 2021, anticipation is running high to see how this sequel can follow up one of the most beloved indies of the past few years when it launches as a Switch exclusive.

If Studio Ghibli made a Zelda game, they’d probably make something like Baldo. This upcoming adventure game from Italian indie developer NAPS Team bursts with ambition from the very opening moments of its trailer, showcasing its many dungeons to conquer, characters to meet, and an open world to explore. Following a young man on an epic journey to save his home, it features action and exploration akin to a 3D Zelda game with a gorgeous cel-shaded visual style that would fit right in with Studio Ghibli games like Ni no Kuni. There hasn’t been much info on the game in some time, but the developers have teased that the game is progressing well, raising hopes that this adventure will finally reach its long-awaited destination on Switch (and eventually other platforms) in 2021.

Lethal League developer Team Reptile is taking matters into their own hands to create the Jet Set Radio sequel Sega refuses to make. With Bomb Rush Cyberfunk, Team Reptile aims to capture all the funk, style, and attitude that made the “Jet Set” games such a cult classic – and of course, they’ve even brought the series’ original composer on board to work on the music. Concrete info about the game might be scarce at the moment, but if Team Reptile’s punk-infused track record established with Lethal League can hold up with Bomb Rush Cyberfunk, then Jet Set Radio fans have a lot to be excited about this year.

Have you ever wondered what it’s like to date a weapon? If for some reason you have (and even if you haven’t), Boyfriend Dungeon could be the answer to your question. Developed and published by Kitfox Games, Boyfriend Dungeon features traditional hack-and-slash, dungeon-crawling gameplay mixed with dating simulator elements, where your weapons take on human forms to go on dates with you. That might sound like a silly concept on paper, but early impressions show that Kitfox is building something special here: its writing is lighthearted yet heartfelt, telling an inclusive story with a memorable and diverse cast of characters. Boyfriend Dungeon has been building up the anticipation for years now, but it looks like it will finally be ready for its big date on Switch, PC, and Mac this year.

“Breathtaking” is a word that gets thrown around a lot when talking about games, but there’s really no better way to describe Dordogne. This upcoming adventure game from French indie studio Un je ne sais quoi boasts a stunningly well-realized watercolor aesthetic, to the point that it looks like a playable painting. It’s an incredible sight to behold, a technical marvel that masterfully simulates a handcrafted visual style. Beyond its visuals, it aims to tell a nostalgic story about a young woman exploring the French countryside and reliving memories from throughout her life. It promises puzzles, exploration, and a heartwarming narrative, making it an exciting game to follow ahead of its release on Switch and PC this year.

Wholesome RPG Garden Story has been at the top of many an indie fan’s wish list for some time now, and it appears ready to finally blossom into its final release this year. Starring a heroic grape and a host of cute companions, Garden Story tells a tale about finding strength in your community. It features Zelda-like action and exploration, along with life sim and community building elements as you support your friends and neighbors. After a year defined by constant turmoil in 2020, Garden Story looks to provide just the cozy positivity that the world needs right now. You can expect to harvest this bounty later this year on Switch, PC, and Mac.

Gestalt: Steam & Cinder is what you’d get if 90s Squaresoft made a Castlevania game. This narrative-driven metroidvania oozing with steampunk style follows a mercenary on a quest to unravel a grand conspiracy in a massive city. Gestalt fuses the worldbuilding of iconic RPGs with the expansive worlds of traditional metroidvanias, creating maps that burst to life with memorable characters and engaging stories. Add this narrative prowess to its lush pixel art and compelling action gameplay, and Gestalt looks like a hit for metroidvania fans this year. It’s targeting a release on all consoles as well as PC.

There’s probably no single indie game that’s sparked as much feverish anticipation in 2021 as Hollow Knight: Silksong. Initially starting life as DLC for 2017’s genre-defining metroidvania Hollow Knight, Silksong has grown into a full-fledged sequel featuring new characters, enemies, mechanics, and worlds to explore. It promises to feature everything that made the original game so special. It’s been an elusive title ever since it was first revealed, but as developer Team Cherry has recently begun doling out more information, it seems that Silksong’s release on Switch, PC, and Mac is coming sooner rather than later.

First announced at the Game Awards 2020, Season immediately demanded attention with its gorgeous visuals and artful, relaxing atmosphere. It’s another one of those titles where it might be tough to tell the difference between artwork and gameplay, and Season looks to make the most of that delicate balance. In terms of its gameplay, it’s all about exploring an idyllic yet unfamiliar country on your bike, taking photos of the world around you, and slowly unraveling a larger mystery. Season is rife with potential greatness, which makes it an exciting title to watch in 2021 on PS5 and PC.

2020 had Tony Hawk Pro Skater 1 + 2, and now 2021 will have Skatebird. Pro skating games are fun, but Skatebird is ready to make them even better with adorable characters, ragdoll physics, and even a laidback lo-fi hip-hop soundtrack. It also features plenty of miniature skating playgrounds to explore, perfect for hawk skaters of all skill levels. It’s an unabashedly simple game, but it doesn’t need to be anything more than that; there’s a basic joy to seeing birds riding skateboards and pulling off stylish stunts, after all. The cutest sports game of the year is scheduled to take flight this year on PC and console.

Solar Ash is the next game from the creators of 2016’s masterful Hyper Light Drifter, and it’s taking the rock-solid foundation of its predecessor and pushing it into the third dimension. With 3D environments to explore and hints of high-speed action, Solar Ash promises to offer a unique, dynamic action gameplay loop. Additionally, its use of full voice acting suggests that players can expect a more detailed story than Hyper Light Drifter’s wordless, impressionistic narrative. Solar Ash will make its debut on current and last-gen PlayStation systems as well as PC.

Other games to watch

There are far too many exciting indie games releasing in 2021 to highlight in a single article, so here are a few more titles to watch going into the new year: